Russian forces are now in control of most of Severodonetsk, the epicentre of the bloody battle for Ukraine's eastern Donbas region.

Street fighting continued to rage on Saturday in the eastern city, where Russian soldiers and Ukrainian troops are still locked in battle.

"The situation remains difficult. Fighting continues, but unfortunately, most of the city is under Russian control. Some positional battles are taking place in the streets," said Serhiy Haidai, the governor of Luhansk region, which makes up Donbas along with the neighbouring Donetsk region.

Ukrainian President Volodymyr Zelensky has said that the fight for the strategic city may dictate the outcome of the war in the east of the country.

"Severodonetsk remains the epicenter of the confrontation in Donbas," Zelensky said during his nightly address on Wednesday.

"This is a very fierce battle, very difficult … Probably one of the most difficult throughout this war," he added. "In many ways, the fate of our Donbas is being decided there."

Severdonetsk lies in the heart of Donbas, a sprawling industrial region in eastern Ukraine that has seen intermittent fighting since 2014, when Russian-backed separatists seized control of two territories there – the self-declared Donetsk People's Republic and Luhansk People's Republic.

Haidai said on Saturday that Ukraine were still in control of the Azot chemical plant in Severodonetsk, where 800 people are reportedly sheltering, after a Russian-backed official claimed that Ukrainian fighters were also trapped there.

"The story about the blockade of the Azot plant is a complete lie spread by Russian propagandists," Haidi said on the Telegram messaging app.

Rodion Miroshnik, a Russian-backed leader of the self-proclaimed Luhansk People's Republic, claimed on Saturday that up to 400 Ukrainian fighters were taking refuge in the factory complex, hiding alongside civilians in bomb shelters, and that negotiations for their surrender and the safe evacuation of civilians were ongoing.

READ MORE: Major search resuming for paraglider suspected to have crashed in Wollongong "The combatants are trying to make demands, namely to allow them to leave the territory of the chemical plant together with the hostages and to provide a corridor to go to Lysychansk. Such demands are unacceptable and will not be taken into consideration," Miroshnik said.

Further south in Mariupol, an additional 24 deaths of children were reported by Ukraine's Prosecutor General's Office on Saturday, following Russian shelling during a months-long siege in the southern port city.

The blockade ended last month after Russian forces took control of the Azovstal steel plant where Ukrainian forces had holed up.

This brings the total death toll of minors during Russia's invasion of Ukraine to 287, the Prosecutor General's Office said in a Telegram post. More than 492 children have been injured during the war, according to the statement.

The statement added that these figures are not complete, as work is underway to verify the deaths of children in other places where there is active fighting.

The office also said that 1,971 educational institutions have been damaged by Russian bombardments, with 194 of them having been completely destroyed.

On May 25, an adviser to Mariupol's mayor, Petro Andrushchenko, who has also moved to Ukrainian-held territory, told CNN that Mariupol town hall officials believe at least 22,000 residents of the city were killed during three months of war. 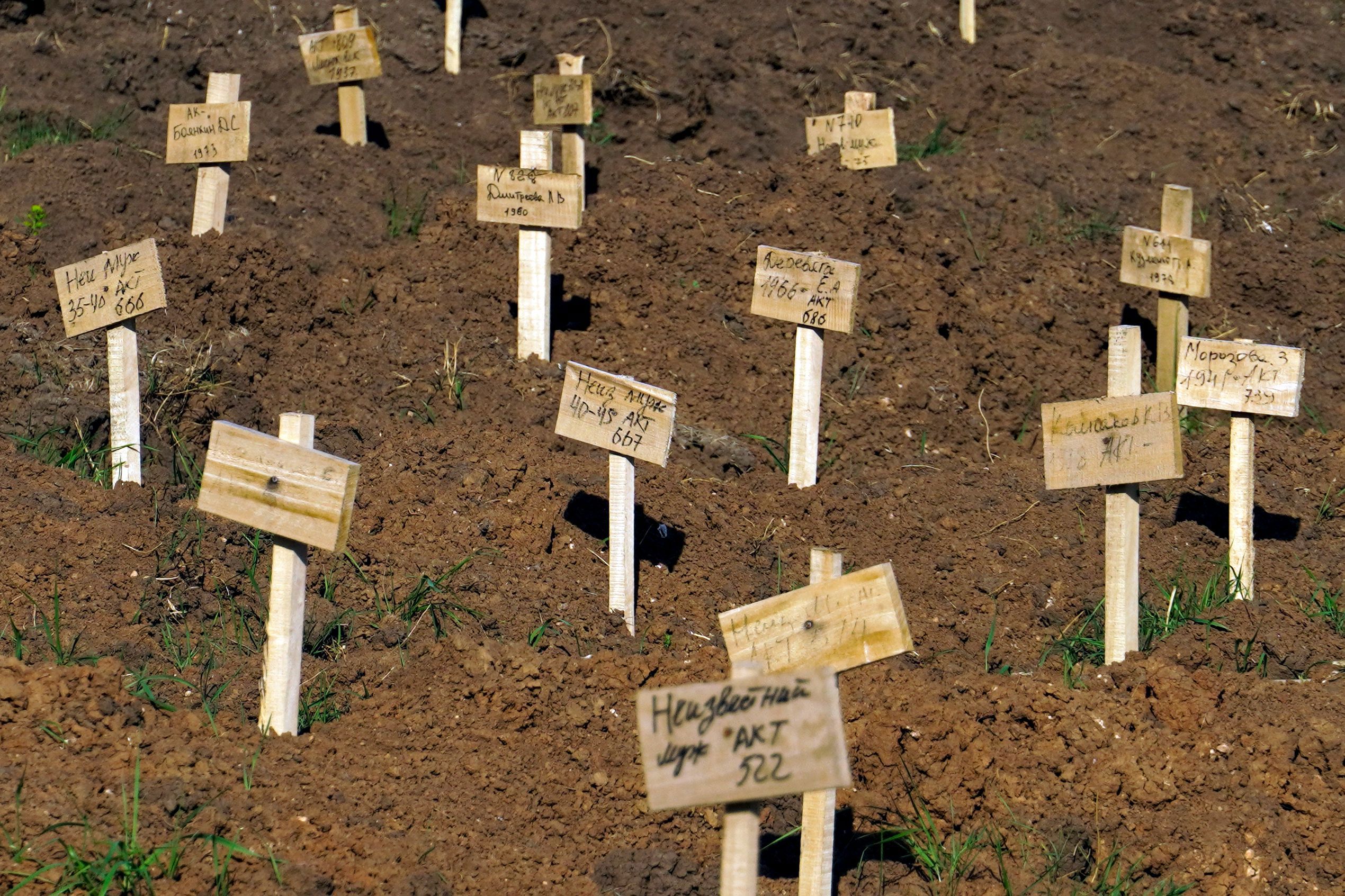 The news comes as the city is battling a potential cholera outbreak, according to a British intelligence report published on Friday.

Access to drinking water, internet connection and phone services are unreliable in Russian-occupied areas of Ukraine, the report said, reflecting concerns of Ukrainian officials as Russia scrambles to provide basic public services to civilian populations in areas it has occupied.

As Russian forces advance their control of key regions in Ukraine, and the number of civilian casualties rise, Zelensky has remained firm in his stance that Ukraine will overcome Russia's invasion.

Speaking in a special virtual address to the Shangri-La Dialogue, Asia's premier defense conference, Zelensky said Ukraine will "definitely prevail" in its war against Russia.

"This is the confrontation between the possible, which we and many people in the world need, and the impossible, for which Russia is so desperately fighting for," Zelensky said.

He added Russia regarded his country as its "colony" and was doing its utmost to make it impossible for Ukraine to "exist freely and independently." 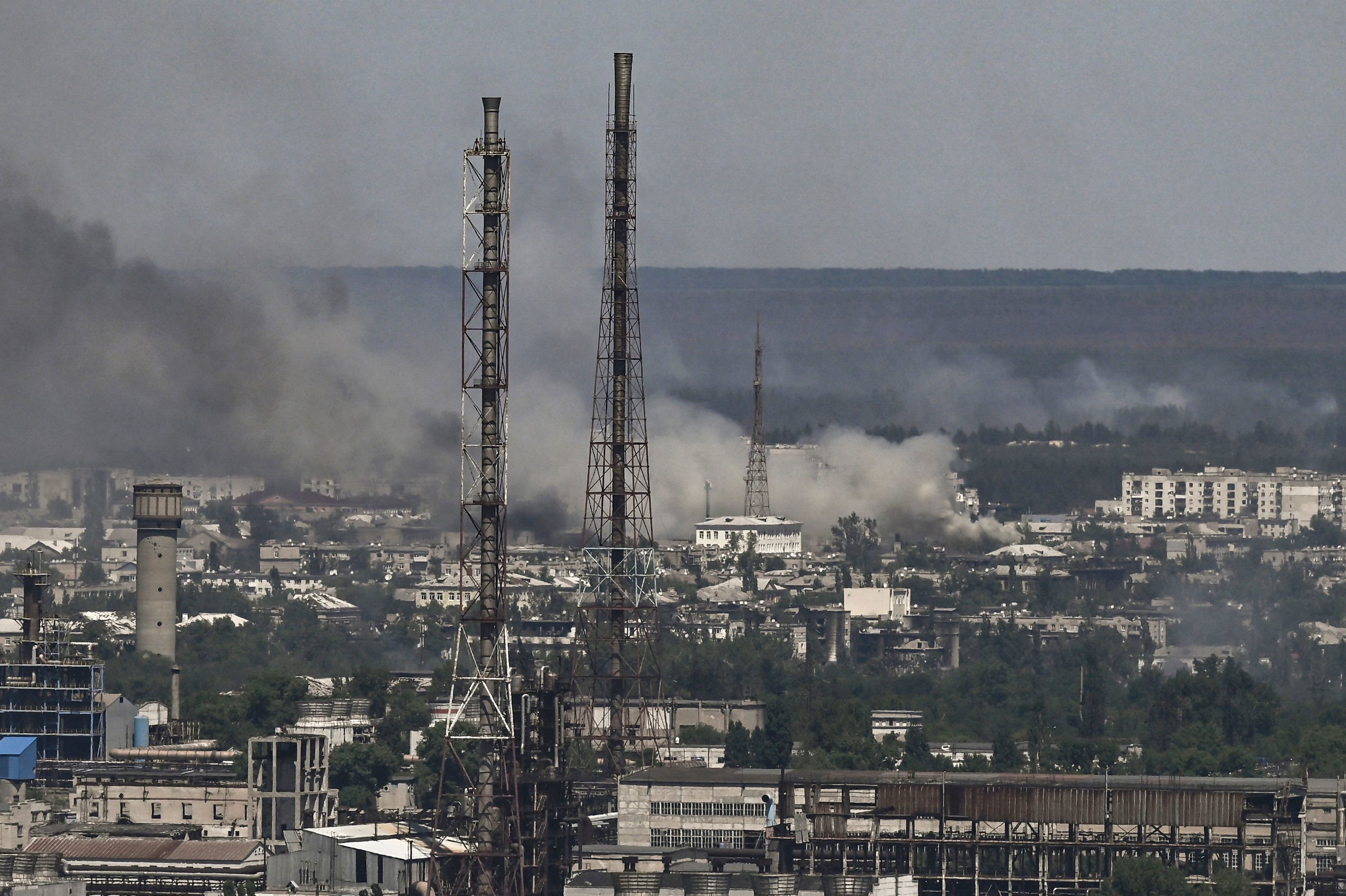 "Russia wishes to make it impossible for our people to use their land, resources and water in their best interest. Russia wishes to steal it, and this active looting of the territory it has (managed) to occupy – they are taking away literally everything," Zelensky added.

"It is on the battlefield in Ukraine that the future rules of this world are being decided along with the boundaries of the possible," Zelensky said.

"Let us save the whole world from coming back to the times when everything was decided based on the so-called right of might and when certain peoples and their ideas, and many nations, were of no consequence," Zelensky said.

Ukraine's president also urged leaders to do whatever is needed to "break the ability of Russia and any other country in the world to block seas and destroy freedom of navigation."

Zelensky warned that failure to do so would result in an "acute and severe food crisis and famine" in many Asian and African countries. He added that the Black Sea, through which Ukraine exported most of its food stuff before Russia's invasion, has become the most dangerous waterway in the world.

Since the war began, Russia has been blocking Ukraine from exporting goods from its ports, fuelling fears of a global food crisis.

Before the war, wheat supplies from Russia and Ukraine accounted for almost 30 per cent of global trade, and Ukraine was the world's fourth-largest exporter of corn and the fifth-largest exporter of wheat, according to the US State Department. The United Nations World Food Program, which helps combat global food insecurity, buys about half of its wheat from Ukraine each year and has warned of dire consequences if Ukrainian ports are not opened up.