Russia 'flattening everything' in effort to win key battle Day after day, Russia is pounding the Donbas region of Ukraine with relentless artillery and air raids, making slow but steady progress to seize the industrial heartland of its neighbor.

With the conflict now in its fourth month, it's a high-stakes campaign that could dictate the course of the entire war.

If Russia prevails in the battle of Donbas, it will mean that Ukraine loses not only land but perhaps the bulk of its most capable military forces, opening the way for Moscow to grab more territory and dictate its terms to Kyiv. A Russian failure could lay the grounds for a Ukrainian counteroffensive – and possibly lead to political upheaval for the Kremlin.

READ MORE: Power grid back under strain as electricity shortfall predicted in Queensland and NSW

Following botched early attempts in the invasion to capture Kyiv and the second-largest city of Kharkiv without proper planning and coordination, Russia turned its attention to the Donbas, a region of mines and factories where Moscow-backed separatists have been fighting Ukrainian forces since 2014.

Learning from its earlier missteps, Russia is treading more carefully there, relying on longer-range bombardments to soften Ukrainian defenses.

It seems to be working: The better-equipped Russian forces have made gains in both the Luhansk and Donetsk regions that make up the Donbas, controlling over 95 per cent of the former and about half of the latter.

Ukraine is losing between 100 and 200 soldiers a day, presidential adviser Mykhailo Podolyak told the BBC, as Russia has “thrown pretty much everything non-nuclear at the front.”

Ukrainian Defence Minister Oleksii Reznikov described the combat situation as “extremely difficult,” using a reference to an ancient deity of sacrifice by saying: “The Russian Moloch has plenty of means to devour human lives to satisfy its imperial ego.” 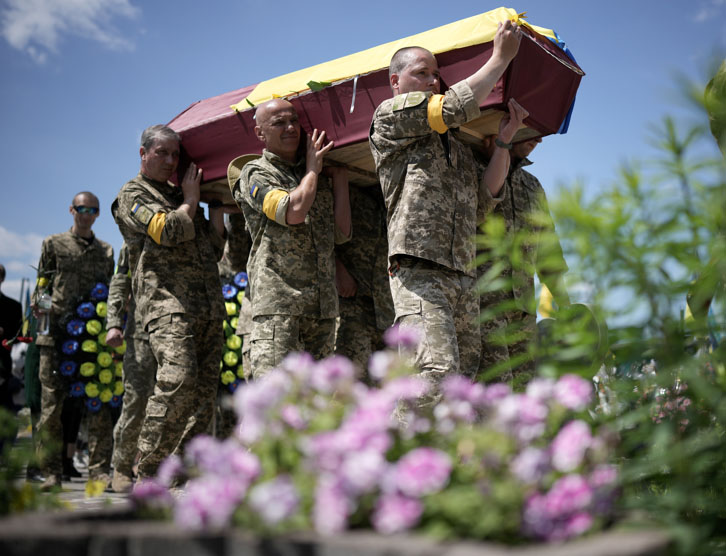 When the war was going badly for Russia, many thought President Vladimir Putin might claim victory after some gains in Donbas and then exit a conflict that has seriously bruised the economy and stretched its resources. But the Kremlin has made clear it expects Ukraine to recognise all the gains Russia has made — including its 2014 annexation of the Crimean Peninsula — something Kyiv has ruled out.

Russian forces control the entire Sea of Azov coast, including the strategic port of Mariupol, the entire Kherson region – a key gateway to Crimea – and a large chunk of the Zaporizhzhia region that could aid a further push deeper into Ukraine. Few expect that Putin will stop.

Last week, he drew parallels between the war in Ukraine and the 18th-century wars with Sweden waged by Peter the Great “to take back and consolidate” historic Russian lands, Putin said. Moscow has long regarded Ukraine as part of its sphere of influence.

Unlike earlier battlefield failures, Russia appears to be using more conservative tactics now. Many had expected it to try to encircle Ukrainian forces with a massive pincer movement, but instead it has used smaller moves to force a Ukrainian retreat and not overextend its supply lines.

Keir Giles, a Russia expert at London's Chatham House think-tank, said Russia was "concentrating all of its artillery on a single section of the front line in order to grind its way forward by flattening everything in its path.” 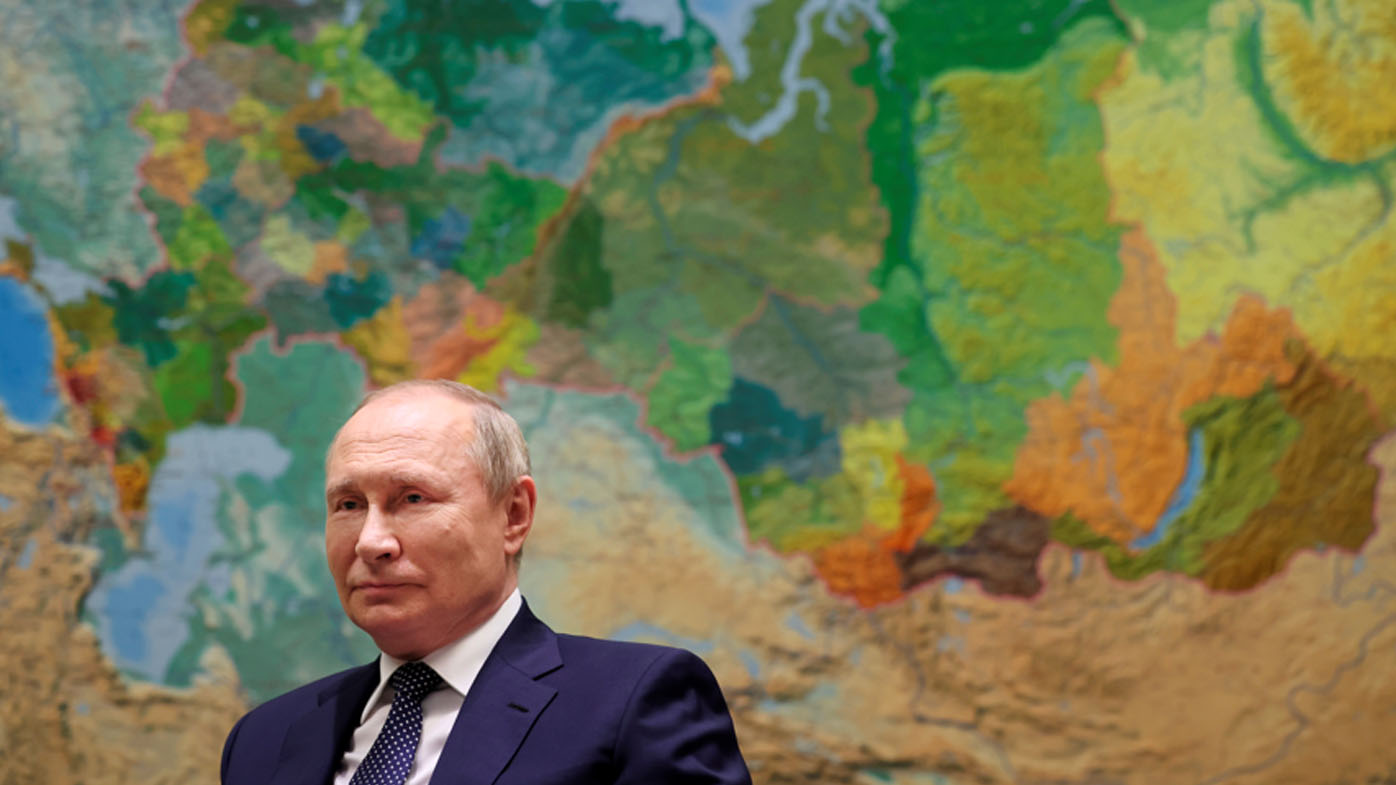 Russian forces shelled residential blocks, a hotel and a medical facility late Sunday in the Ukrainian town of Bakhmut. Firefighters extinguished blazes from the shelling, which injured three people.

Western officials still praise the ability of Ukrainian forces to defend their country, fighting back fiercely, relying on artillery and retreating in some sections while launching frequent counterattacks.

“Ukraine has been pursuing a policy of flexible defence, giving ground where it makes sense to do so instead of holding on to every inch of the territory," Giles said.

A senior Western official who spoke on condition of anonymity because he wasn’t authorised to discuss the sensitive issue in public said the Russian campaign "continues to be deeply troubled at all levels,” noting that Moscow's forces are taking “weeks to achieve even modest tactical goals such as taking individual villages.”

Last month, the Russians lost nearly an entire battalion in a botched attempt to cross the Siverskyi Donets River and set up a bridgehead. Hundreds were killed and dozens of armored vehicles were destroyed.

“There is a sense of strategic improvisation or muddling through,” the official said. 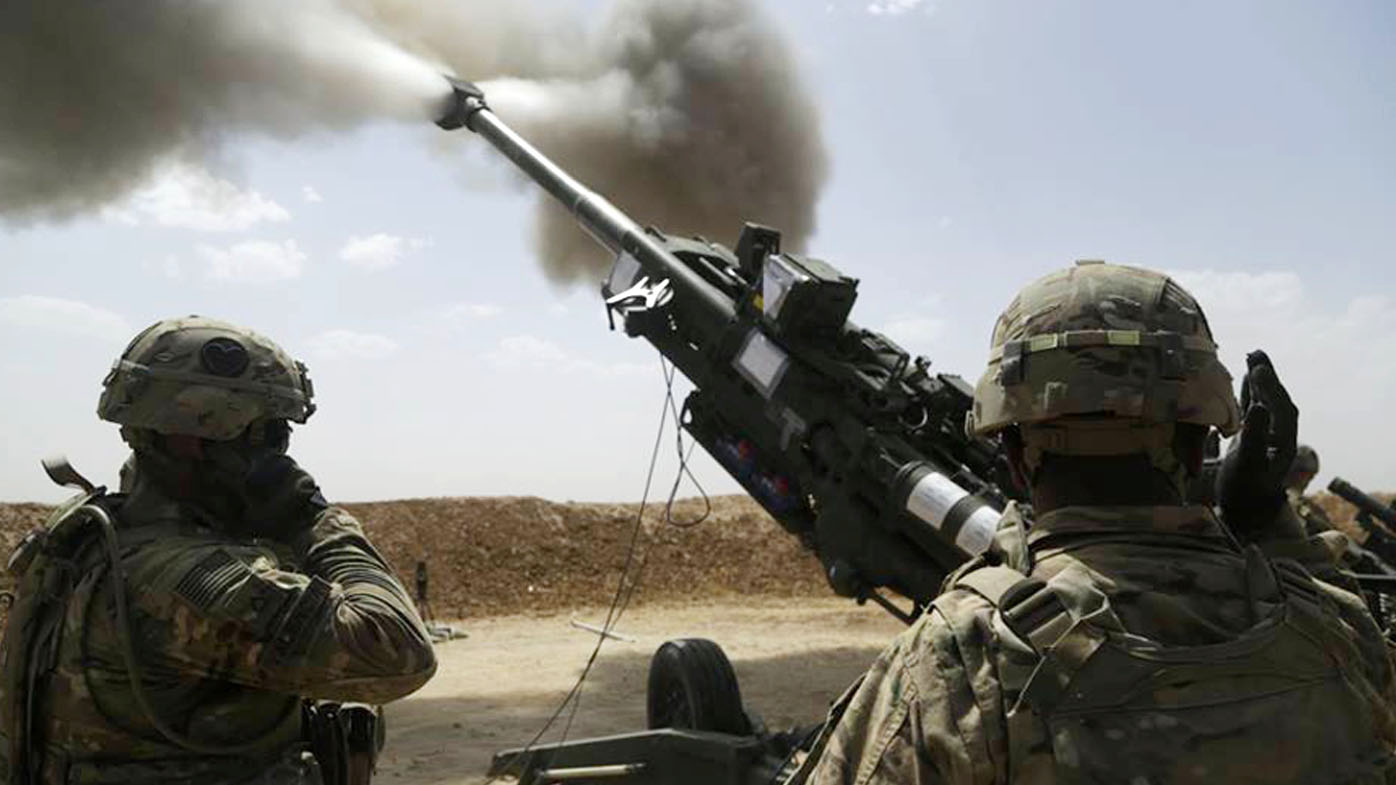 Russia has a clear edge in artillery in the battle for Donbas, thanks to a bigger number of heavy howitzers and rocket launchers and abundant ammunition. The Ukrainians have had to be economical in using their artillery, with the Russians constantly targeting their supply lines.

Ukraine has begun to receive more heavy weapons from Western allies, who have provided dozens of howitzers and are now planning to start delivering multiple rocket launchers.

Putin has warned that if the West gives Kyiv longer-range rockets that could hit Russian territory, Moscow could hit targets in Ukraine that it has spared until now. Foreign Minister Sergey Lavrov also said that Russia could respond by seizing more land as a buffer zone.

Moscow's earlier territorial gains in the south, including the Kherson region and a large part of the neighbouring Zaporizhzhia region, have prompted Russian officials and their local appointees to move toward folding those areas into Russia or declaring them to be independent, like the so-called “people's republics” of Donetsk and Luhansk.

Ukrainian officials and Western analysts voiced concern that Moscow could try to press its offensive into the heavily populated and industrialized Dnipro region farther north, an advance that could potentially slice Ukraine in two and raise a new threat for Kyiv. 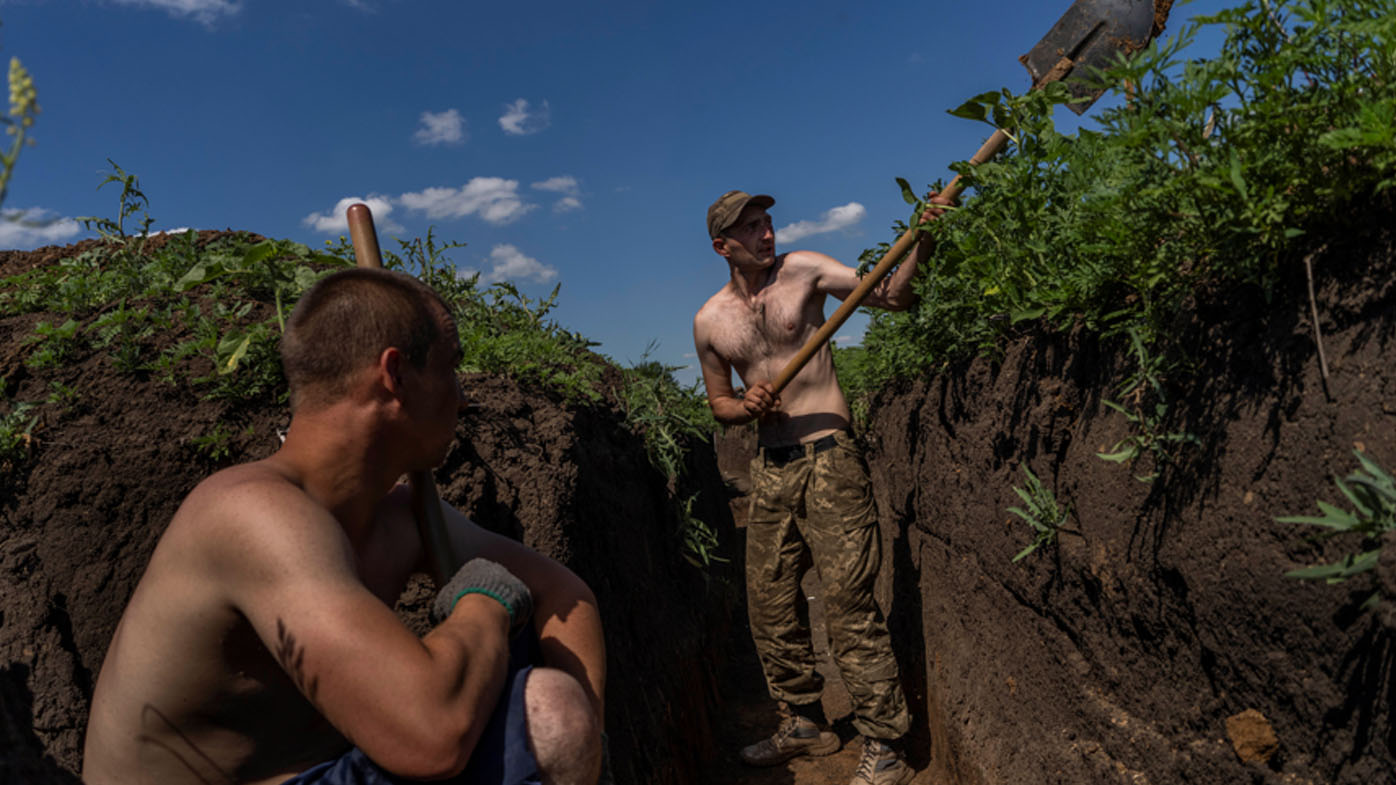 “Russian objectives in the context of this war are shifting in relation to the situation on the ground,” said Eleonora Tafuro Ambrosetti, an analyst with the Milan-based Italian Institute for International Political Studies. She noted that Russia could try to damage Ukraine's economy further by seizing its entire coastline to deny access to shipping.

A top Russian general already has spoken of plans to cut off Ukraine from the Black Sea by seizing the Mykolaiv and Odesa regions all the way to the border with Romania, a move that would also allow Moscow to build a land corridor to Moldova's separatist region of Transnistria that hosts a Russian military base.

Such ambitions all hinge on Moscow's success in the east. A defeat in the Donbas would put Kyiv in a precarious position, with new recruits lacking the skills of battle-hardened soldiers now fighting in the east and supplies of Western weapons insufficient to fend off a potentially deeper Russian push.

Ukrainian officials brushed off such fears, voicing confidence that its military can hold out to stem the Russian advances and even launch a counterattack.

“Ukraine's plan is clear: Kyiv is wearing the Russian army out, trying to win time for more deliveries of Western weapons, including air defence systems, in the hope of launching an efficient counteroffensive,” said analyst Mykola Sunhurovsky of the Razumkov Centre, a Kyiv-based think tank.

Philip Breedlove, a retired US Air Force general who was NATO’s top commander from 2013 to 2016, warned against any cease-fire, saying that would only codify Russia's battlefield gains.

“This is like raising a two-year-old,” he said. “If you allow bad behaviour to stand, or worse if you reward bad behaviour, you’re going to get more bad behaviour.”

When Russia invaded Georgia in 2008, Washington's response was inadequate, and so was its response when Moscow seized Crimea in 2014, he said.

Now that Russia has come back for more, the West gets another chance to respond.

“How we finish this war will decide, in my opinion, whether we are going to see more of this in the future,” he added.