A kangaroo has taken shelter from wild weather hitting Queensland by hopping into a pub.

Flood water is receding in much of the flood-affected areas in the state, but rain was still inundating Hamilton Island, in the ﻿Whitsundays this afternoon.

Punters picked up their cameras to record as the marsupial leapt around the bar, with some locals trying their hand at catching it.

Major flood warnings are still in place for the Flinders River, the Georgina River and Eyre Creek but many others around the state have been downgraded.

The Bruce Highway has been reopened under traffic control to allow travel from ﻿Mackay through to Proserpine after motorists were stranded in their cars on the road.

Food shortages are the ﻿primary concern for locals in Mackay, with supermarket shelves stripped bare.

While rain is easing, residents have been warned ﻿to remain on alert as sodden ground is prone to flood again if sudden rain strikes. 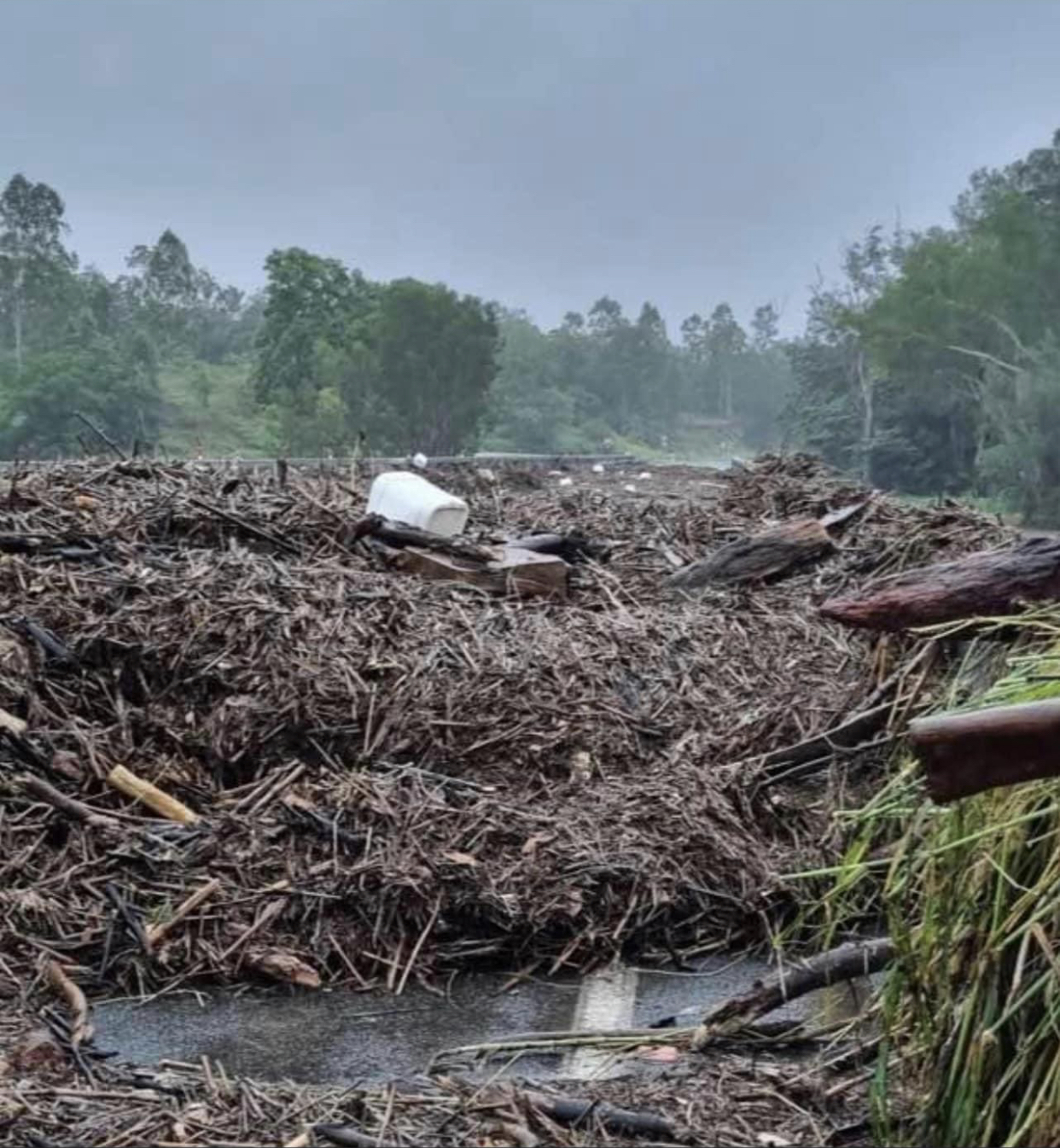 You can get the latest information from the Bureau of Meteorology here. ﻿

Australia Day trading: What will and won't be open on January 26