Restoration of empire is the endgame for Russia's Vladimir Putin Such was the case on Thursday, when Putin met with a group of young Russian entrepreneurs. Anyone looking for clues as to what Putin's endgame for Ukraine might be should read the transcript, helpfully released here in English.

Putin's words speak for themselves: What he is aiming for in Ukraine is the restoration of Russia as an imperial power.

Many observers quickly picked up on one of Putin's more provocative lines, in which he compared himself to Peter the Great, Russia's modernising tsar and the founder of St Petersburg – Putin's own birthplace – who came to power in the late 17th century.

"Peter the Great waged the Great Northern War for 21 years," a relaxed and apparently self-satisfied Putin said. "On the face of it, he was at war with Sweden taking something away from it… He was not taking away anything, he was returning. This is how it was."

"When he founded the new capital, none of the European countries recognised this territory as part of Russia; everyone recognised it as part of Sweden," Putin said. "However, from time immemorial, the Slavs lived there along with the Finno-Ugric peoples, and this territory was under Russia's control. The same is true of the western direction, Narva and his first campaigns. Why would he go there? He was returning and reinforcing, that is what he was doing."

Alluding directly to his own invasion of Ukraine, Putin added: "Clearly, it fell to our lot to return and reinforce as well."

Those remarks were swiftly condemned by Ukrainians, who saw them as a naked admission of Putin's imperial ambitions.

"Putin's confession of land seizures and comparing himself with Peter the Great prove: there was no 'conflict,' only the country's bloody seizure under contrived pretexts of people's genocide," Ukrainian presidential adviser Mykhailo Podolyak said on Twitter. "We should not talk about 'saving [Russia's] face,' but about its immediate de-imperialisation." 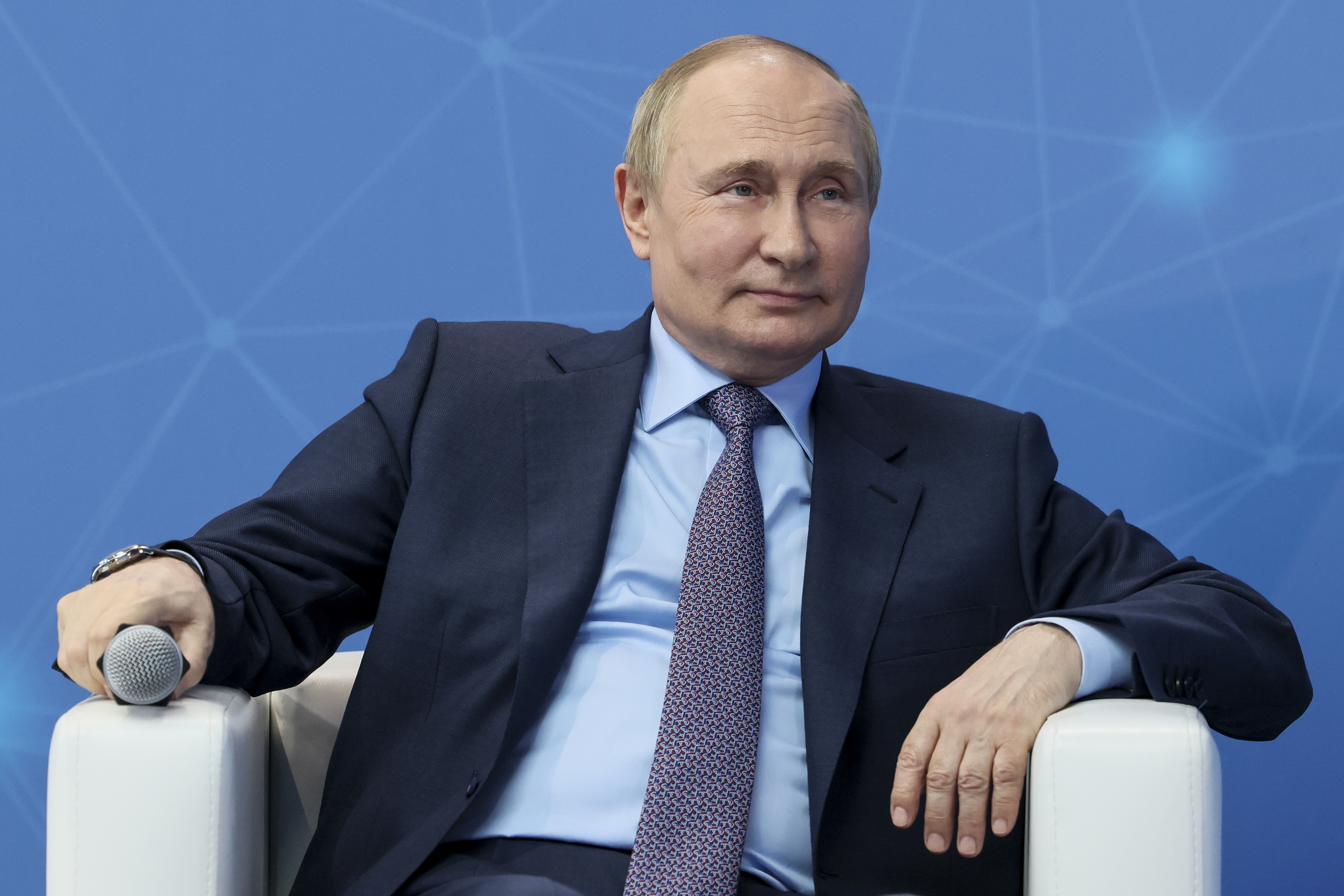 There's a lot to unpack here, in terms of both history and current affairs. Podolyak was alluding to talk in international capitals about offering Putin a face-saving way to de-escalate or halt the fighting in Ukraine. French President Emmanuel Macron has led that charge, saying last weekend that the world "must not humiliate Russia" in the search for a diplomatic resolution.

Those arguments may have seemed more reasonable before February 24. In the run-up to the invasion, Putin laid out a series of grievances to make the case for war, from NATO's eastward expansion to Western delivery of military assistance to Ukraine.

But read the transcript of Putin's remarks on Thursday more closely, and the facade of rational geopolitical bargaining falls away.

"In order to claim some kind of leadership – I am not even talking about global leadership, I mean leadership in any area – any country, any people, any ethnic group should ensure their sovereignty," Putin said. "Because there is no in-between, no intermediate state: either a country is sovereign, or it is a colony, no matter what the colonies are called."

In other words, there are two categories of state: The sovereign and the conquered. In Putin's imperial view, Ukraine should fall into the latter category.

Putin has long argued that Ukrainians do not have a legitimate national identity and that their state is, essentially, a puppet of the West. In other words, he thinks Ukrainians have no agency and are a subject people.

By summoning the memory of Peter the Great, it also becomes clear that Putin's aims are driven by some sense of historical destiny. And Putin's project of imperial restoration could – in theory – extend to other territories that once belonged to the Russian Empire or the Soviet Union, something that should raise alarms in all the countries that emerged from the collapse of the USSR. 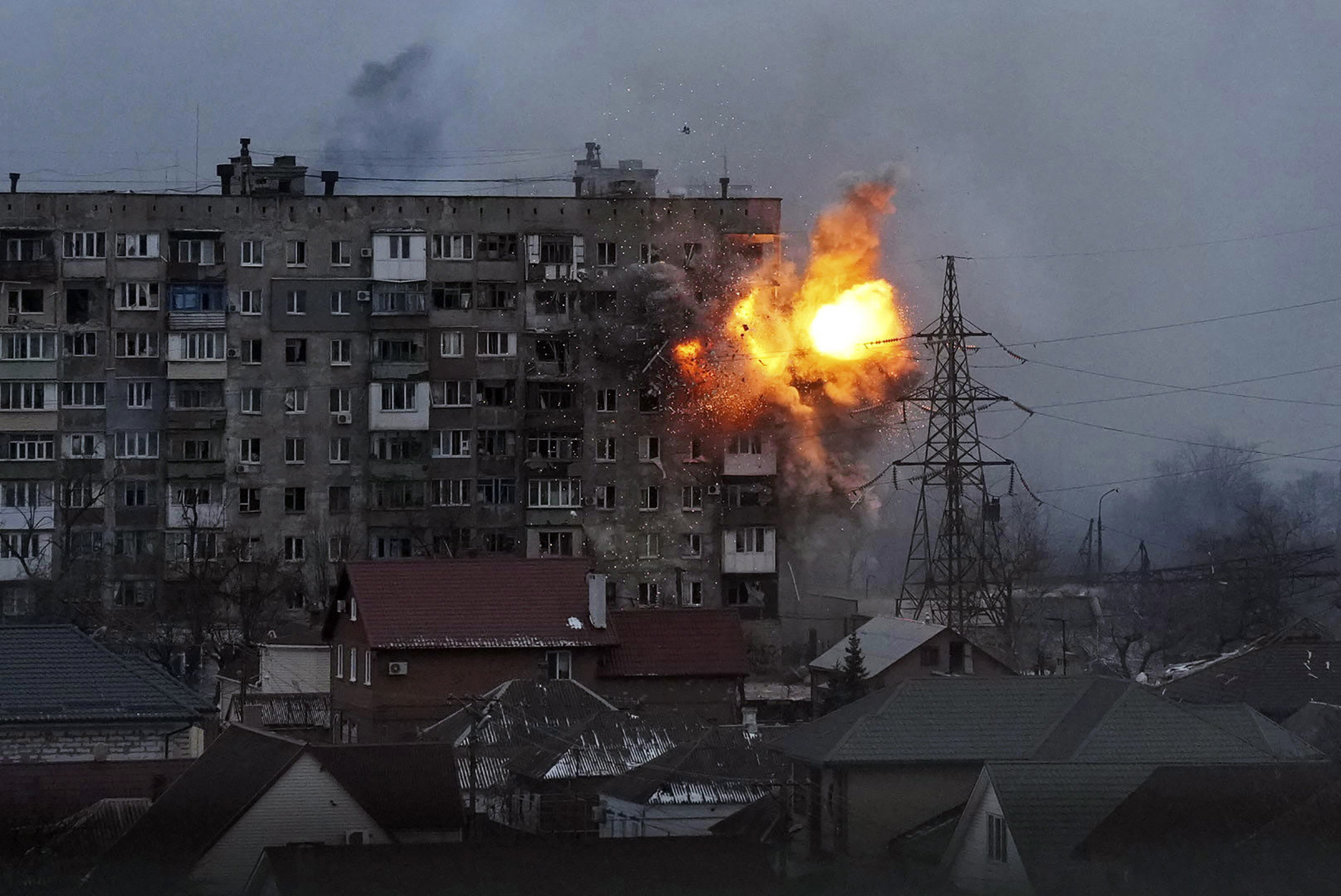 Earlier this week, a deputy from the pro-Kremlin United Russia party submitted a draft law to the State Duma, Russia's lower house of parliament, abolishing a Soviet resolution recognising the independence of Lithuania. Lithuania may now be a NATO member and part of the European Union, but in Putin's Russia, that kind of neo-colonial posturing is the surest display of loyalty to the president.

And that does not bode well for Russia's future. If there is no reckoning with Russia's imperial past – whether in Soviet or tsarist guise – there is less chance that a Russia without Putin would abandon a pattern of subjugating its neighbours, or become a more democratic state.

Former US national security adviser Zbigniew Brzezinski famously asserted that Russia could only part ways with its imperial habits if it were willing to surrender its claims to Ukraine.

"It cannot be stressed strongly enough that without Ukraine, Russia ceases to be an empire, but with Ukraine suborned and then subordinated, Russia automatically becomes an empire," he wrote in 1994.

Putin, however, is counting on something of the opposite: For Russia to survive, he argues, it must remain an empire, regardless of the human cost.