The death toll from a Russian missile strike on an apartment building in the southeastern Ukrainian city of Dnipro has risen to 29, the regional governor reported as rescue workers scrambled to reach survivors in the rubble.

Emergency crews worked through the frigid night and all day at the multi-story residential building, where officials said about 1,700 people lived before Saturday's strike.

The people reported killed made it the deadliest attack in one place since a September 30 strike in Ukraine's Zaporizhzhia region, according to The Associated Press-Frontline War Crimes Watch project.

Russia also targeted the capital, Kyiv, and the northeastern city of Kharkiv during a widespread barrage the same day, ending a two-week lull in the airstrikes it has launched against Ukraine's power infrastructure and urban centres almost weekly since October.

Russia on Sunday acknowledged the missile strikes but did not mention the Dnipro apartment building. Russia has repeatedly denied targeting civilians in the war.

Russia fired 33 cruise missiles on Saturday, of which 21 were shot down, according to General Valerii Zaluzhny, the commander-in-chief of the Ukrainian armed forces.

The missile that hit the apartment building was a Kh-22 launched from Russia's Kursk region, according to the military's air force command, adding that Ukraine does not have a system capable of intercepting that type of weapon. 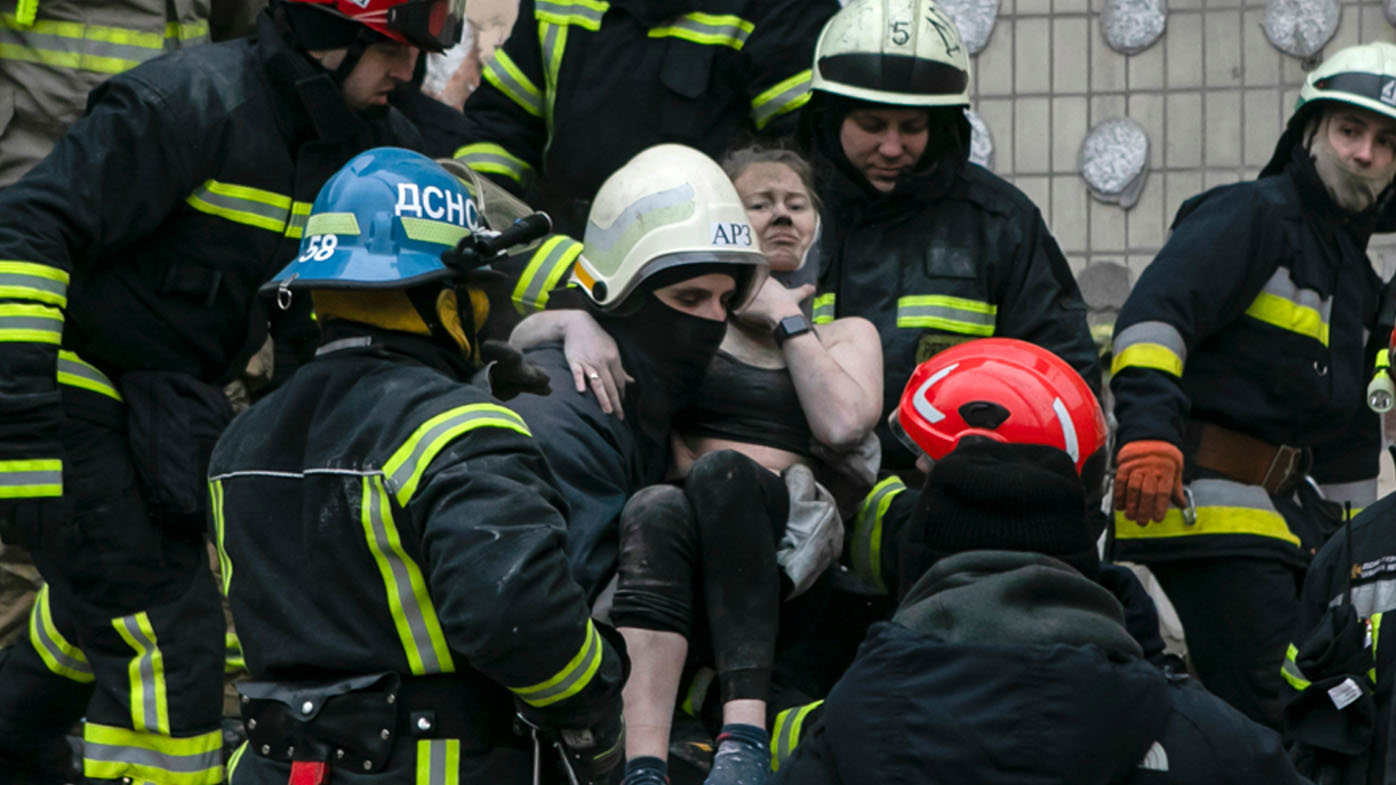 In Dnipro, workers used a crane as they tried to rescue people trapped on upper floors of the apartment tower. Some residents signalled for help with lights on their mobile phones.

Ukrainian President Volodymyr Zelenskyy reported that at least 73 people were wounded and 39 people had been rescued as of Sunday afternoon. The city government in Dnipro said 43 people were reported missing.

Ivan Garnuk was in his apartment when the building was hit and said he felt lucky to have survived. He described his shock that the Russians would strike a residential building with no strategic value. 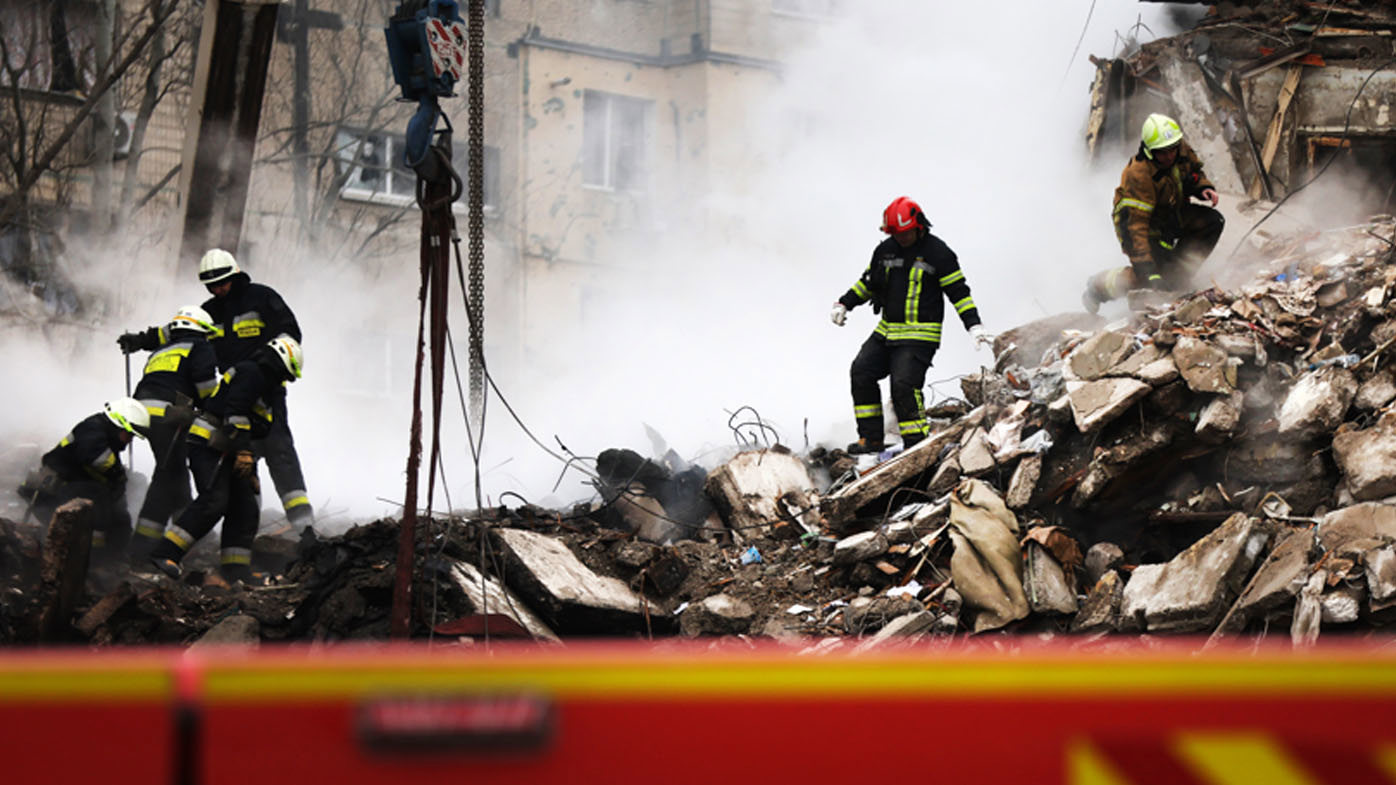 Claiming responsibility for the missile strikes across Ukraine, Russia's Defence Ministry said Sunday that it achieved its goal.

"All designated targets have been hit. The goal of the attack has been achieved," a ministry statement posted on Telegram said. It said missiles were fired "on the military command and control system of Ukraine and related energy facilities," and did not mention the attack on the Dnipro residential building.