A Queensland grandmother has been assaulted and tied up in her living room after her home was broken into yesterday afternoon.

The 49-year-old woman had been in the bedroom of her Mount Cotton Road home in Sheldon, north of Brisbane, at around midday when she heard the intrusion.

Detective inspector Steve Hollands from Queensland Police said the woman had heard the sound of her property being smashed and had gone to investigate, when she was assaulted by the offender.

"She observed a male offender in the kitchen area," he said.

"This offender saw the victim, and chased her down the hall as she tried to take refuge in the bathroom.

"She was assaulted by this offender, which caused her to blackout temporarily."

Hollands said the man, believed to be in his 20s, then grabbed the woman by the hair and took her to the kitchen where she was physically assaulted again.

"She was then dragged into the lounge room where she was tied up with cable ties around her hands, and she was secured to a piece of furniture," he said.

"The offender took her mobile phone away, and put it outside of the house."

The grandmother believed there was a second man involved as she heard voices, however said she did not see him and could not describe what he looked like.

Inspector Hollands said she remained tied up, unable to seek help until a family member came to the home. 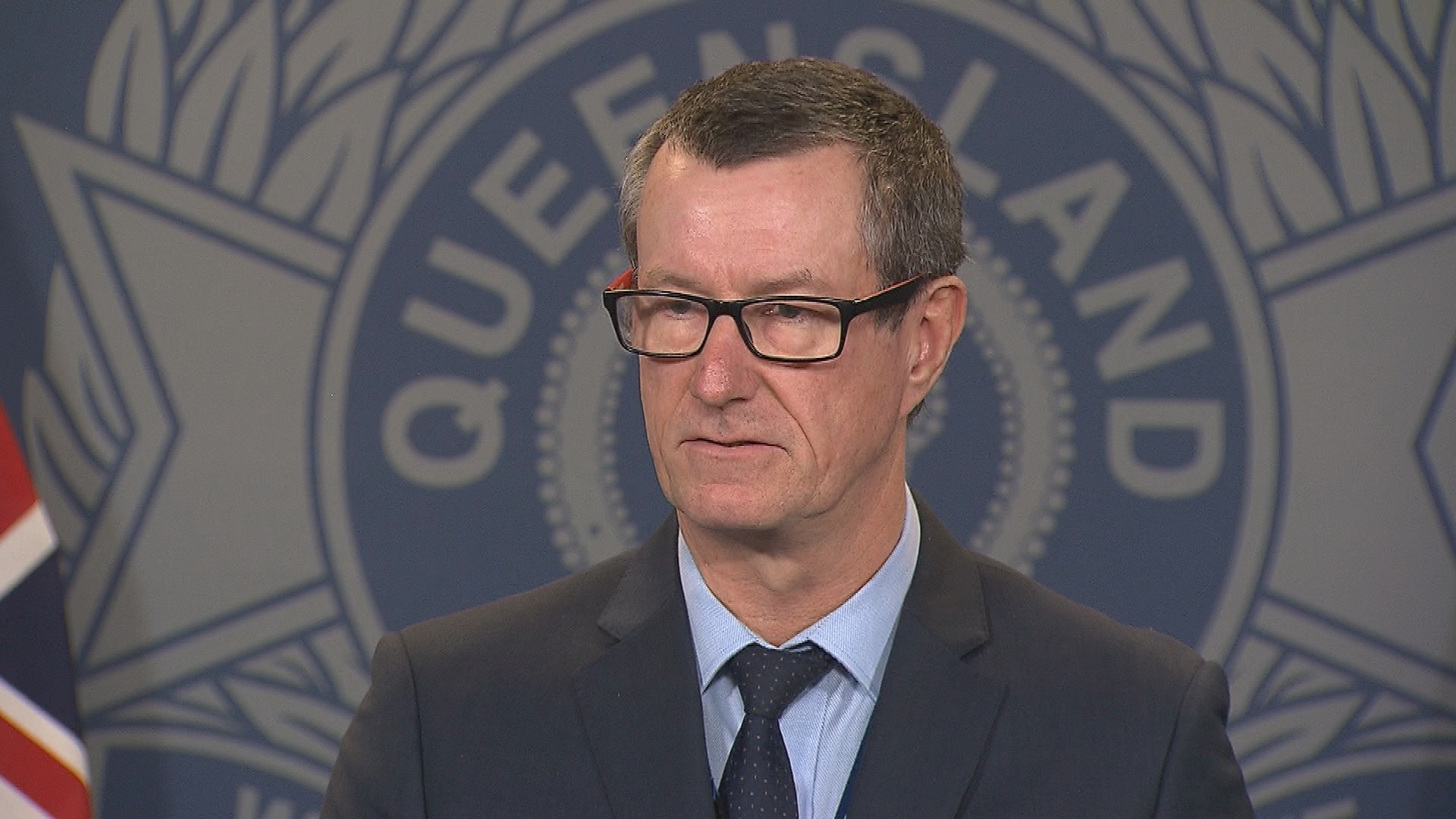 "The victim remained tied up with the cable ties until approximately 2:52pm when a family member returned home, heard moaning, saw things were out of place, and came across the victim," Hollands said.

"The victim was taken to the Redlands Hospital. She was distressed and she was suffering from bruising, soreness and cuts."

A crime scene has been established at the house.

Police said it's unclear if anything was stolen from the home with investigations ongoing.

Hollands said while break and enters are common these particularly circumstances are "very rare".

Police were treating the break-in as a random incident and are currently searching for the perpetrator, described as being in his early to mid 20s, tall and slim.

He was wearing a bum bag, baseball cap and hoodie at the time of the attack.

Anyone with information is urged to come forward to police.

"This is the most cowardly type of offence that we can investigate," Hollands said.

"We've got an innocent lady going about her business in her own home, and we have a person or persons breaking into her home and assaulting her.

"As you can imagine, a very distressing time for her, and we'll be very cognizant of her, not only her physical wellbeing, but her emotional, and her mental health."