Russian President Vladimir Putin has ordered his armed forces to observe a unilateral 36-hour cease-fire in Ukraine this weekend for the Orthodox Christmas holiday, the first such sweeping truce move in the nearly 11-month-old war.

Putin did not appear to make his cease-fire order conditional on a Ukrainian agreement to follow suit, and it wasn’t clear whether hostilities would actually halt on the 1100-kilometre front line or elsewhere. Ukrainian officials have previously dismissed Russian peace moves as playing for time to regroup their forces and prepare for additional attacks.

At various points during the war that started on February 24, 2022, Russian authorities have ordered limited and local truces to allow evacuations of civilians or other humanitarian purposes.

Yesterday's order was the first time Putin has directed his troops to observe a cease-fire throughout Ukraine.

“Based on the fact that a large number of citizens professing Orthodoxy live in the combat areas, we call on the Ukrainian side to declare a cease-fire and give them the opportunity to attend services on Christmas Eve, as well as on the Day of the Nativity of Christ,” according to Putin’s order, addressed to Defence Minister Sergei Shoigu and published on the Kremlin’s website.

While not necessarily the final official word back from Kyiv, Ukrainian presidential adviser Mykhailo Podolyak tweeted that Russian forces “must leave the occupied territories – only then will it have a ‘temporary truce.’ Keep hypocrisy to yourself.”

US President Joe Biden declined to comment directly but said at the White House yesterday it was “interesting” that Putin was ready to bomb hospitals, nurseries and churches on Christmas and New Year’s. “I think he’s trying to find some oxygen,” he said.

Putin acted at the suggestion of the head of the Russian Orthodox Church, Patriarch Kirill, who proposed a truce from noon Friday through midnight Saturday Moscow time (8pm AEDT Friday to 8am AEDT Sunday).

The Orthodox Church, which uses the ancient Julian calendar, celebrates Christmas on January 7 – later than the Gregorian calendar – although some Christians in Ukraine also mark the holiday on that date. Podolyak had earlier dismissed Kirill's call as “a cynical trap and an element of propaganda.” President Volodymyr Zelenskyy had proposed a Russian troop withdrawal earlier, before December 25, but Russia rejected it.

Kirill has previously justified the war as part of Russia's “metaphysical struggle” to prevent a liberal ideological encroachment from the West.

The move “fits well into Putin’s logic, in which Russia is acting on the right side of history and fighting for justice,” she said.

“We must not forget that in this war, Putin feels like a ‘good guy,’ doing good not only for himself and the ‘brotherly nations,’ but also for the world he’s freeing from the ‘hegemony’ of the United States,” Stanovaya, founder of the independent R.Politik think tank, wrote on Telegram.

She also linked Putin's move to Ukrainian forces' recent strike on Makiivka that killed at least 89 Russian servicemen. “He really doesn’t want to get something like that for Christmas,” the analyst said. 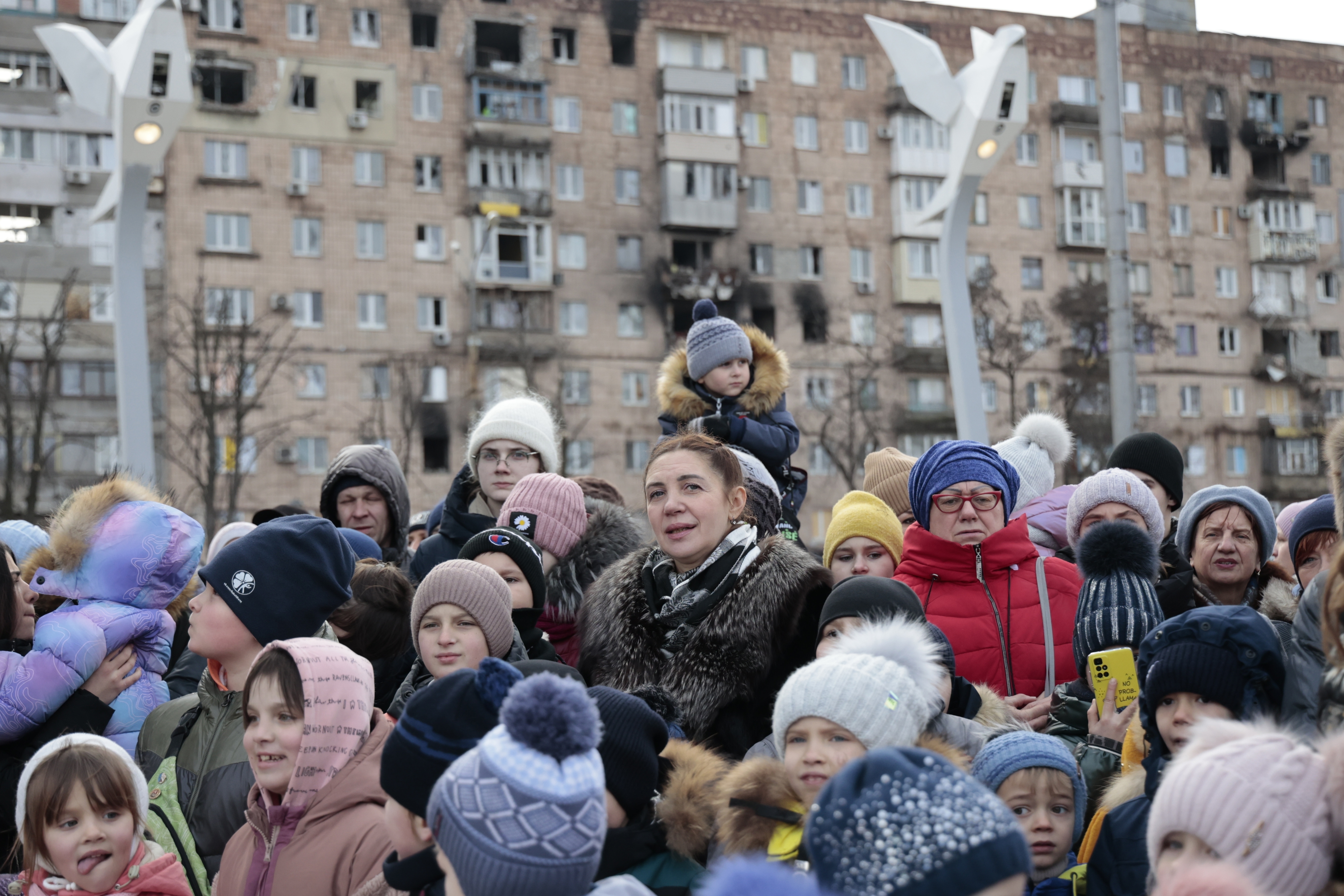 On the rainy streets of Kyiv, some questioned the Russians' sincerity in discussing a truce.

“Shall we believe Russians?" wondered Svitlana Zhereva after Kirill's proposal. "On the one hand they have given their blessing to the war and to kill, and on the other hand they want to present themselves as saints who are against blood-spilling. But they should be judged by their actions.”

Putin issued the truce order after Turkish President Recep Tayyip Erdogan urged him in a phone call Thursday to implement a “unilateral cease-fire,” according to the Turkish president’s office. The Kremlin said the Russian president “reaffirmed Russia’s openness to a serious dialogue” with Ukrainian authorities.

Erdogan also told Zelenskyy later by phone that Turkey was ready to mediate a “lasting peace.” Erdogan has made such offers frequently, helped broker a deal allowing Ukraine to export millions of tons of grain, and has facilitated a Ukrainian-Russian prisoner swap.

Previous attempts at peace talks have failed over Russia's territorial demands, because Ukraine insists that Russia withdraw from occupied areas. 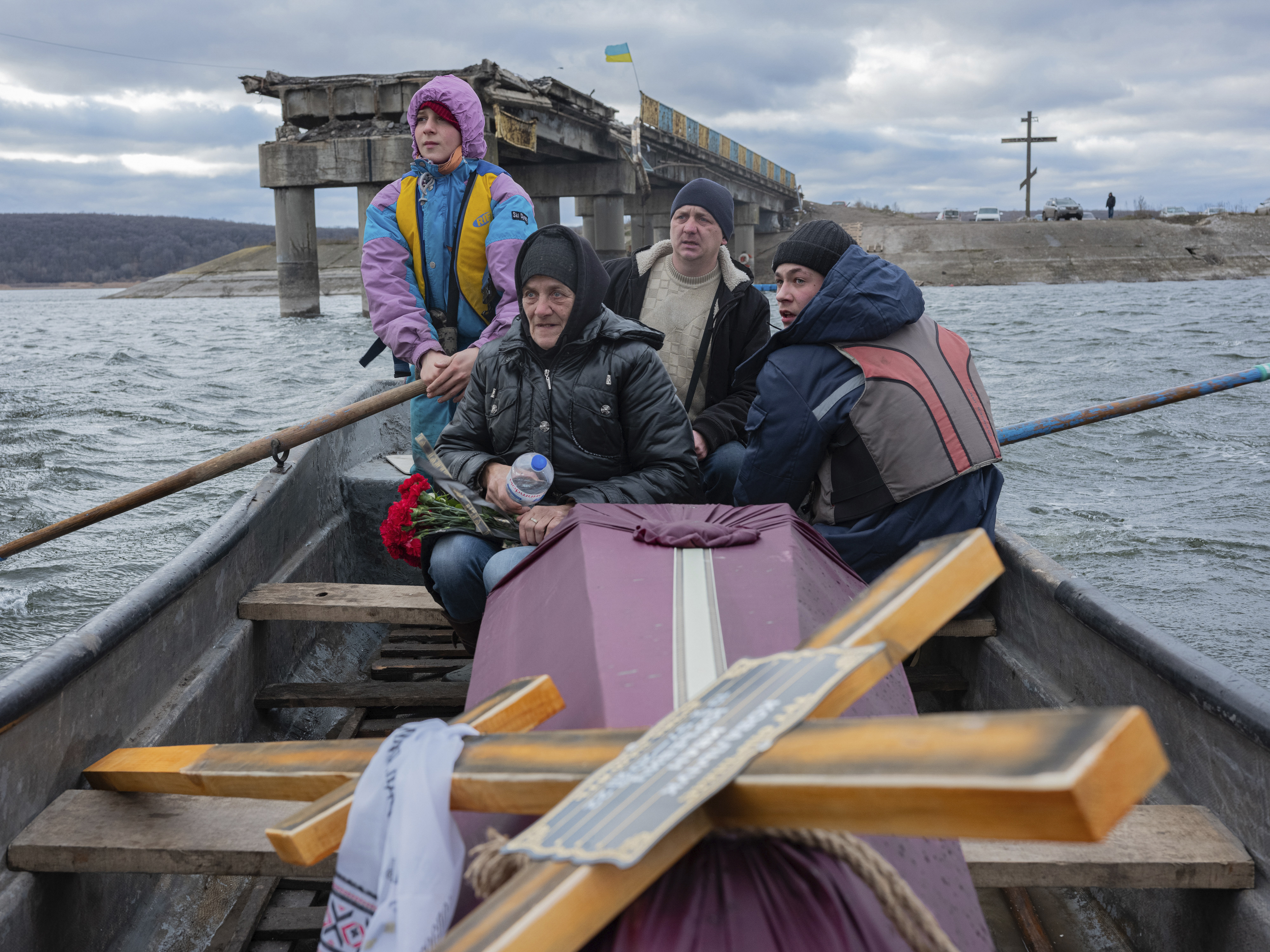 Elsewhere, the head of NATO detected no change in Moscow’s stance on Ukraine, insisting that the Kremlin “wants a Europe where they can control a neighboring country.”

“We have no indications that President Putin has changed his plans, his goals for Ukraine,” NATO Secretary General Jens Stoltenberg said in Oslo, Norway.

Individual NATO countries are stepping up their military support of Ukraine with increasingly advanced weapons.

In the latest pledge, the French Defense Ministry said it plans talks soon with its Ukrainian counterpart on delivering armoured combat vehicles. France’s presidency says it would be the first time this type of Western-made wheeled tank destroyer would be sent to Ukraine's military. 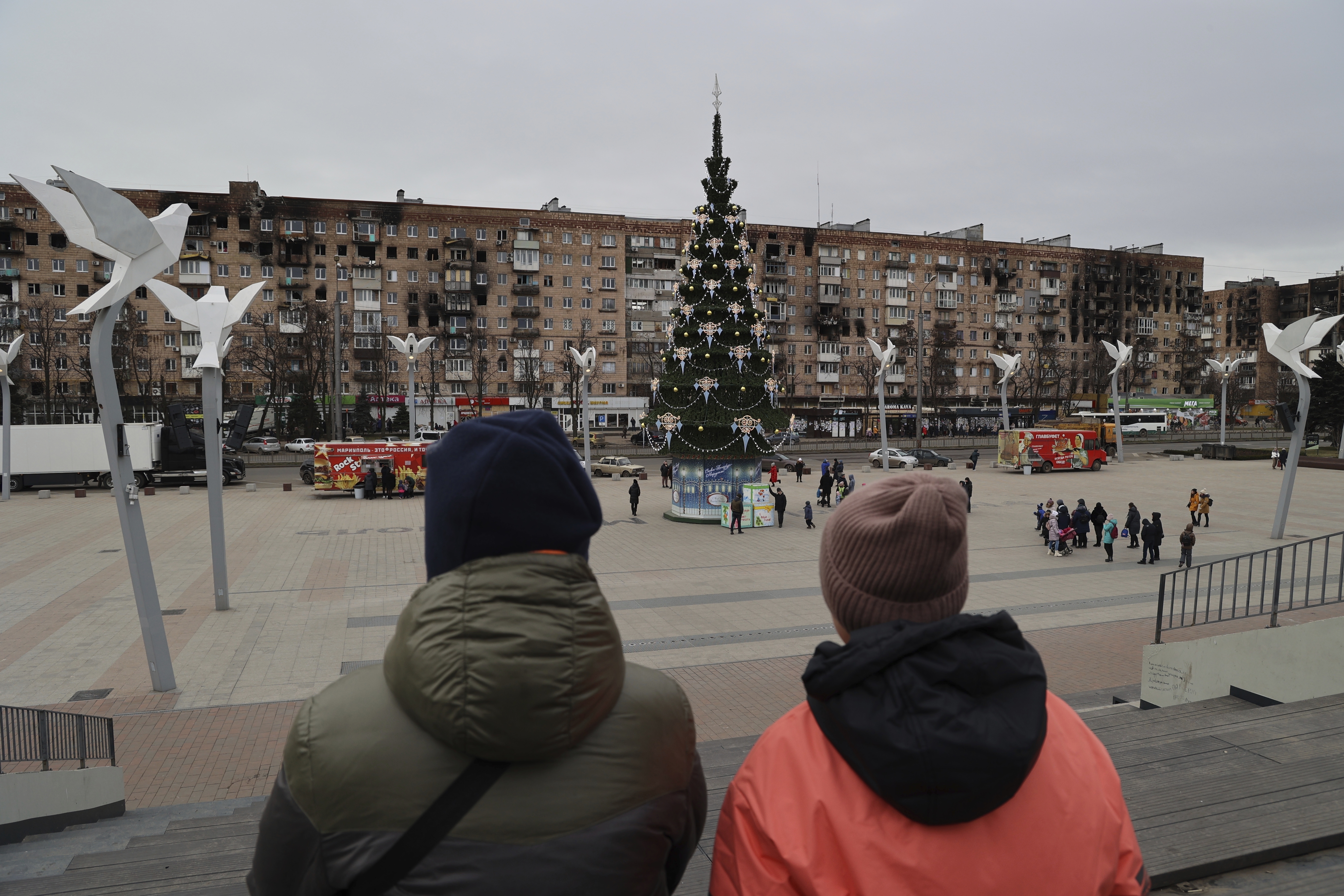 In the US, Biden said Bradley Fighting Vehicles, a medium armoured combat vehicle that can serve as a troop carrier, could be sent to Ukraine.

While more weapons arrive, the battlefield situation appears to have settled into a stalemate, increasingly a war of attrition. As winter sets in, troop and equipment mobility is more limited.

In the latest fighting, Kyrylo Tymoshenko, deputy head of the Ukrainian presidential office, said yesterday at least five civilians were killed and eight wounded across the country by Russian shelling in the previous 24 hours. An intense battle has left 60 per cent of the eastern city of Bakhmut in ruins, Donetsk Governor Pavlo Kyrylenko said yesterday.

Ukrainian defenders appear to be holding the Russians back. Taking the city in the Donbas region, an expansive industrial area bordering Russia, would not only give Putin a major battlefield gain after months of setbacks, but would rupture Ukraine’s supply lines and open the way for Moscow's forces to press on toward key Ukrainian strongholds in Donetsk.

In what appeared to be a move to entice more men to join the fight, the first convicts recruited for battle by the Wagner Group, a Russian private military contractor, received a promised government pardon after serving six months on the front line.

The White House said last month that Wagner had some 50,000 personnel fighting in Ukraine, including 40,000 recruited convicts. The US assesses that Wagner is spending about US$100 million ($147 million) a month in the fight.

The most notable prison breaks around the world

Eight dead in US murder-suicide after wife sought divorce