Push for native wildlife to be allowed as pets When people think of pets, animals like dogs, cats, fish and even birds would spring to mind.

But most would probably never have thought about keeping a swamp wallaby or a western quoll as a companion inside the home.

Even fewer would have pondered over adopting a grey-headed flying fox, a rufous bettong or a yellow-bellied glider.

One New South Wales paleontologist is desperately trying to change that.

Mike Archer, professor of Biological Science at the University of New South Wales, is leading the push within the state to allow residents to keep native Aussie fauna as pets, in a bid to conserve endangered populations and ensure that non-endangered species do not follow the same trajectory.

The concept has already been adopted in Victoria and South Australia and is steadily gaining momentum in the science world and among conservationists.

Some think native wildlife should remain, as the name suggests, in the wild.

But Archer said the concept is far from provocative, having shared his home with over 25 native Australian species in his lifetime.

He acknowledged not all species would make ideal companions, however a certain number of marsupials in particular are "entirely suitable" and make "absolutely exquisite" pets. 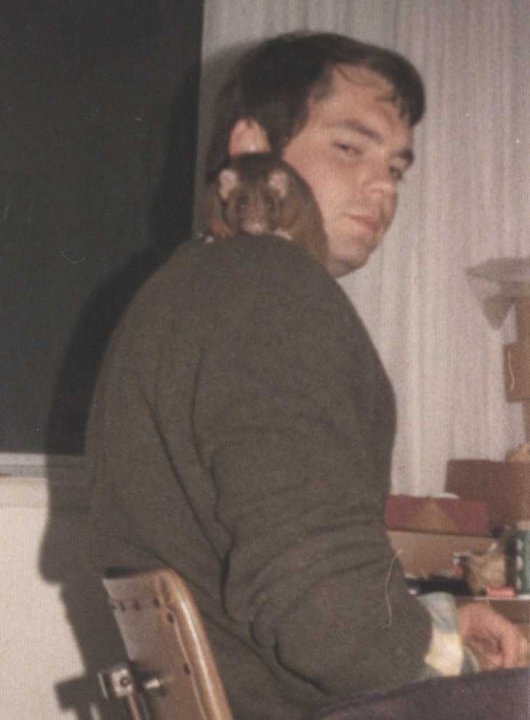 "The big problem we all have to face is that wildlife is increasingly no longer safe in the wild," Archer told 9News.com.au.

"The alien animals that we've introduced into the wild areas of Australia is just slowly obliterating the wildlife. And we have to accept that fact.

"I feel we've got responsibilities to be smart and find strategies that are going to bring back the future for many of these animals that are otherwise going to go extinct."

He claimed arguments against keeping wildlife as pets don't stand up.

Some insist it would take decades to properly domesticate native animals and that they could bring diseases into the home.

Others argue the animals simply would not want to be human pets, and instead should run free in the wild.

However, after further analysis, many of these points don't match the evidence, according to Archer.

"All of the objections I've ever heard are usually based on ignorance, or lack of experience or having actually understood how the animals will react with us," Archer said.

"As soon as we put our arm around animals, and bring them close, their future is secure.

"No animal that we've ever done that to has gone extinct.

"The ones that do go extinct are the ones that we assumed, somehow foolishly, should be just left on the other side of the fence to they'll look after themselves when demonstrably, that's not what's happening. They're declining." 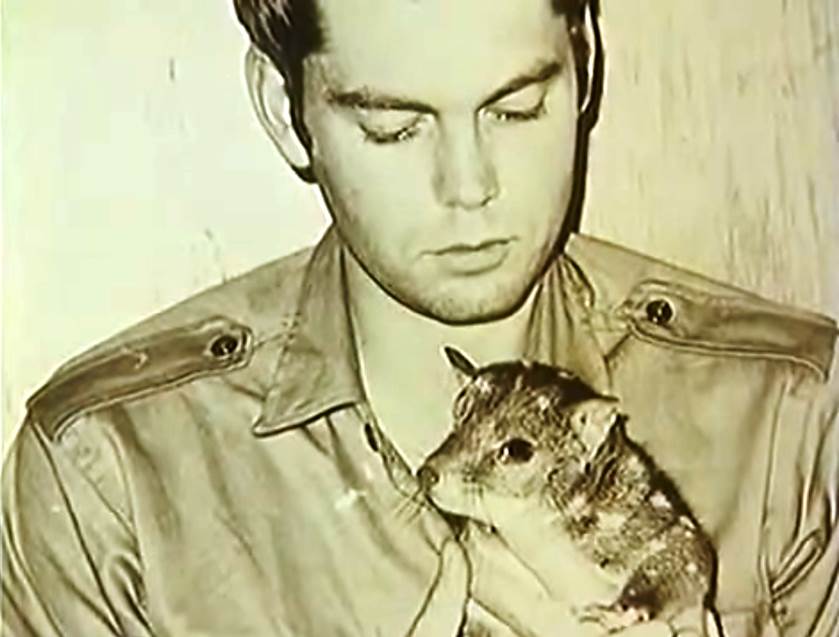 RSPCA Australia is one organisation who are firmly opposed the idea, stating that it would be "very challenging" concept to achieve.

"RSPCA Australia is opposed to the taking of animals from the wild to be kept as pets," Dr Di Evans, Senior Scientific Officer, RSPCA Australia told 9News.com.au.

"In many cases they require specialised husbandry and facilities to mimic their natural environment and meet their behavioural and physiological needs, and ecological requirements, which is very challenging to achieve in most domestic environments.

"Domestic animals have been selectively bred for hundreds or even thousands of years to ensure they have behavioural and physiological qualities that make them appropriate companions.

"In contrast, wild animals are adapted to the wild, rarely enjoy human company or handling and are predominantly nocturnal in their habits."

In places like Russia, within 50 years of selective breeding Siberian foxes, the animals became domesticated to a point where they now are now remarkably similar to our beloved dogs.

Their ears became sloppy, their tails bagged, and many Russians now keep them as "wonderful pets", Archer said.

"But in my experience with Australian marsupials it doesn't take anything like that amount of time," he said.

"Almost all the animals I had were one generation animals.

"I'm not arguing that all are appropriate to be kept as pets, but I certainly know that there are many that are entirely suitable as human companions.

"One that gave me the greatest pleasure was a western quoll – which should be called a central quoll because they were once in all the mainland states of Australia, until our cats drove them out – which I had for about five years.

"The other was my swamp wallaby, but I'd have to say, most of the possums that I've had made wonderful companions as well. Things like yellow belly gliders, sugar gliders, squirrel gliders."

Some of the critters were so affectionate in the home, Archer said, that they would even follow him around the house, the possums would sit on his shoulder and the swamp wallaby on his lap while watching TV. 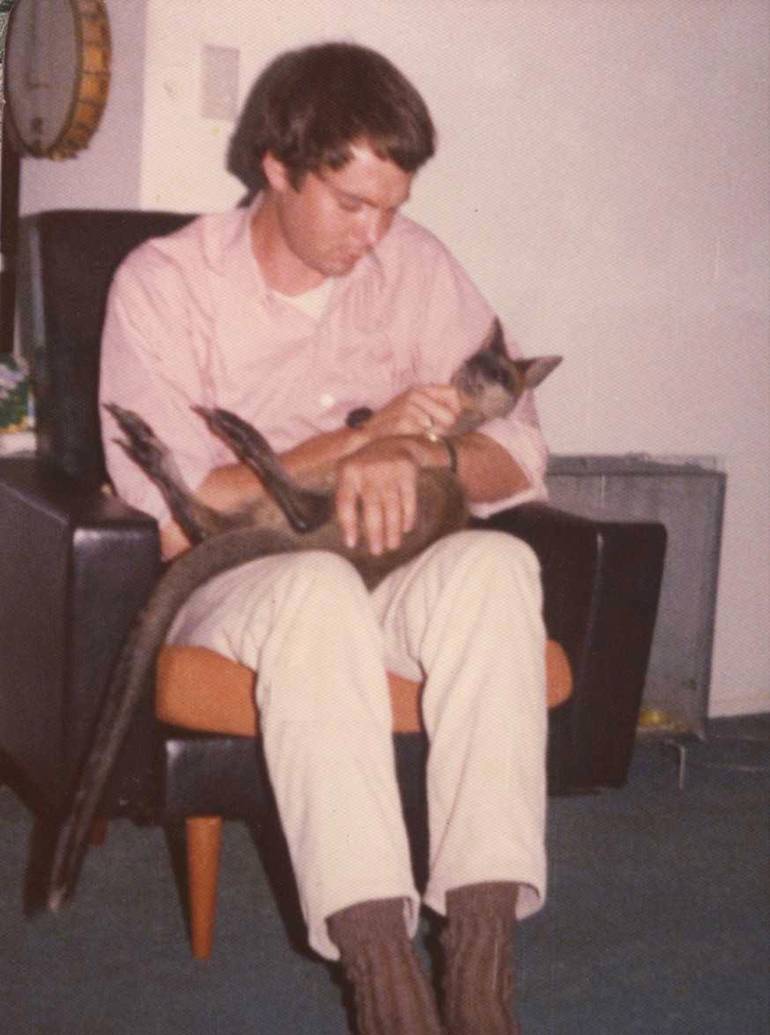 "My experience is, once they bond to you – and that happens very quickly within one generation – they want to be with you."

Archer argued against letting species go extinct because humans don't consider it "proper" to have a relationship with them.

"Are we just so happy to let them go extinct? Because we don't think it's proper for us to have a relationship with these animals?" he asked.

"Do we think that our dogs actually need vast amounts of living space because they're actually wolves. It's just not true. They can live in homes. Animals get used to and are comfortable with the situations they're raised in."

READ MORE: What an Albanese government means for your hip pocket

Archer noted that to be suitable as pets, animals would have to have been raised from young and would therefore require specific breeding facilities, permits and a regulated industry.

"The money people would pay to buy a special companion of that kind, would be able to be committed to conservation of the species in the wild," he said.

Pointing toward the thylacine (Tasmanian tiger), Archer said that the loss is a stark reminder of the impacts of human's interference in wildlife and serves as a warning for what may happen to hundreds of species in the very near future.

"While it was being persecuted in Tasmania, there were many people who were keeping thylacines as pets, quietly, because it was frowned upon," he said.

"Governments at the time, ultimately and unfortunately, required people to turn in their animals – many any of which ended up in zoos.

"My question is, if it had not been frowned upon, if it were a supported initiative and if those people who discovered that they did make very fine companions were embraced, would the thylacine be extinct today?

Long COVID-19 impacting brains for over a year, research shows