Prince Harry is expected to lob more criticism at the UK royal family in broadcast interviews to promote his soul-baring new memoir, which has generated incendiary headlines even before its official release.

A prerecorded interview with Britain's ITV is scheduled to air on Sunday evening. CBS show 60 Minutes is set to run a conversation with the prince later, and he is appearing on Good Morning America and The Late Show with Stephen Colbert.

In extracts released in advance, Harry tells ITV journalist Tom Bradby that he cried only once after his mother, Prince Diana, died in 1997 — at her burial. He said he feels guilt about not showing emotion when he and his brother Prince William greeted crowds of mourners outside Kensington Palace, Diana's London home.

In the book, Spare, Harry blames his family's stiff-upper-lip ethos, saying he had "learned too well … the family maxim that crying is not an option".

"There were 50,000 bouquets of flowers to our mother and there we were shaking people's hands, smiling," Harry told ITV.

"I've seen the videos, right, I looked back over it all. And the wet hands that we were shaking, we couldn't understand why their hands were wet, but it was all the tears that they were wiping away.

"Everyone thought and felt like they knew our mum, and the two closest people to her, the two most loved people by her, were unable to show any emotion in that moment."

Spare is the latest in a string of public pronouncements by the prince and his wife Meghan since they quit royal life and moved to California in 2020, citing what they saw as the media's racist treatment of Meghan, who is biracial, and a lack of support from the palace. It follows an interview with Oprah Winfrey and a six-part Netflix documentary released last month. 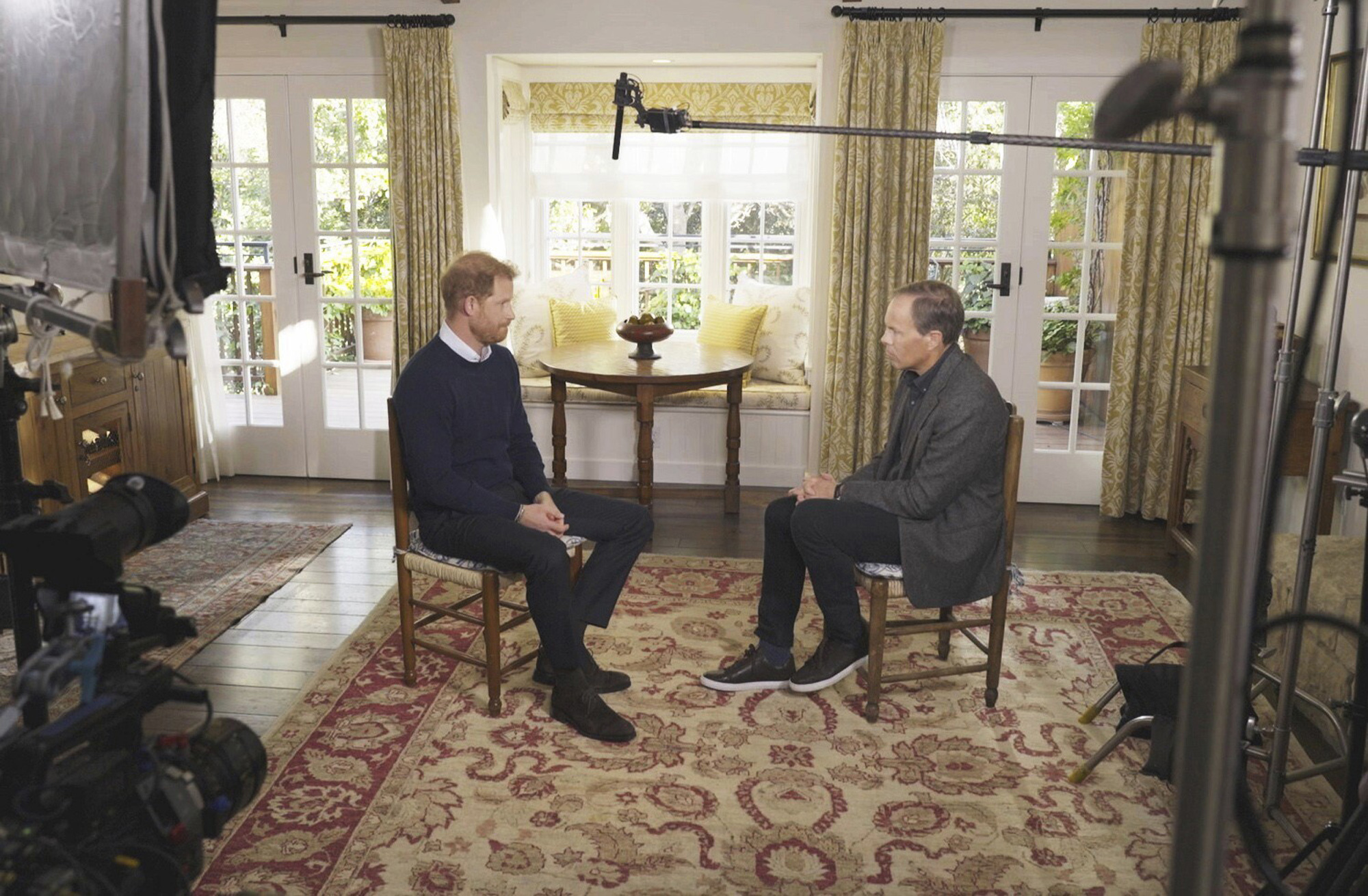 The Associated Press purchased a Spanish-language copy of the book in advance of its publication around the world on Tuesday.

In the ghostwritten memoir, Harry, 38, describes the couple's acrimonious split from the royal family in 2020, after their suggestion of a part-time royal role was rejected. Harry contrasts the withdrawal of the couple's taxpayer-funded security with the case of his uncle, Prince Andrew, who was removed as a working royal over his friendship with the US sex offender Jeffrey Epstein.

Last year, Andrew settled a lawsuit from a woman who accused him of sexually abusing her while she traveled with financier Epstein when she was 17. Andrew paid an undisclosed sum as part of the settlement, but didn't admit wrongdoing.

Harry alleges that no one considered removing Andrew's security despite the "shameful scandal."

The book also explores Harry's grief at the death of his mother and his long-simmering resentment at the role of royal "spare", overshadowed by the "heir" — older brother William. He recounts arguments and a physical altercation with William, reveals how he lost his virginity (in a field) and describes using cocaine and cannabis. 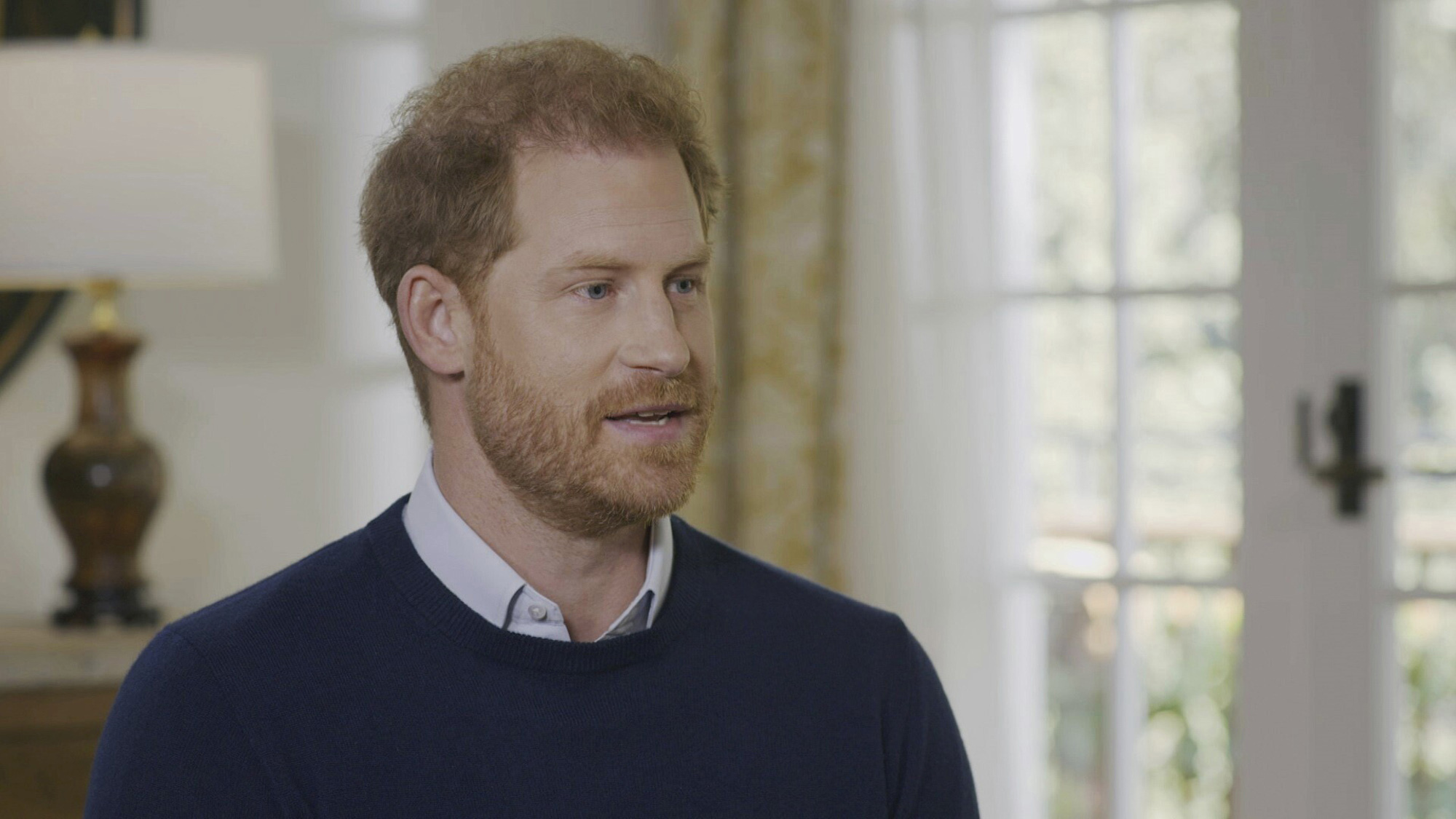 He also says he killed 25 Taliban fighters while serving as an Apache helicopter pilot in Afghanistan — a claim criticised by both the Taliban and British military veterans.

Royal officials haven't commented on the allegations, though allies have pushed back on the claims, largely anonymously.

Veteran British journalist Jonathan Dimbleby, a biographer and friend of King Charles III, said Saturday that Harry's revelations were the type "that you'd expect … from a sort of B-list celebrity," and that the king would be pained and frustrated by them.

In the ITV interview, Harry says he wants reconciliation with the royal family, but "the ball is in their court".

Arrested man 'couldn't believe what he did on flight'