The state government is looking to increase penalties for unions who strike in defiance of the Industrial Relations Commission.

They would apply to the unions for essential workers, such as transport workers, teachers, nurses and midwives.

"These fines today should act as a deterrent for not conducting illegal strikes," Perrottet said today.

"These are strikes the Industrial Relations Commission has deemed to be illegal."

He promised the government would take "further action" if needed.

It comes ahead of planned strikes by nurses next Tuesday and teachers next Wednesday, in response to the state budget handed down this week.

Unions have slammed the move, accusing the government of "deliberately" cutting the pay of public sector workers. 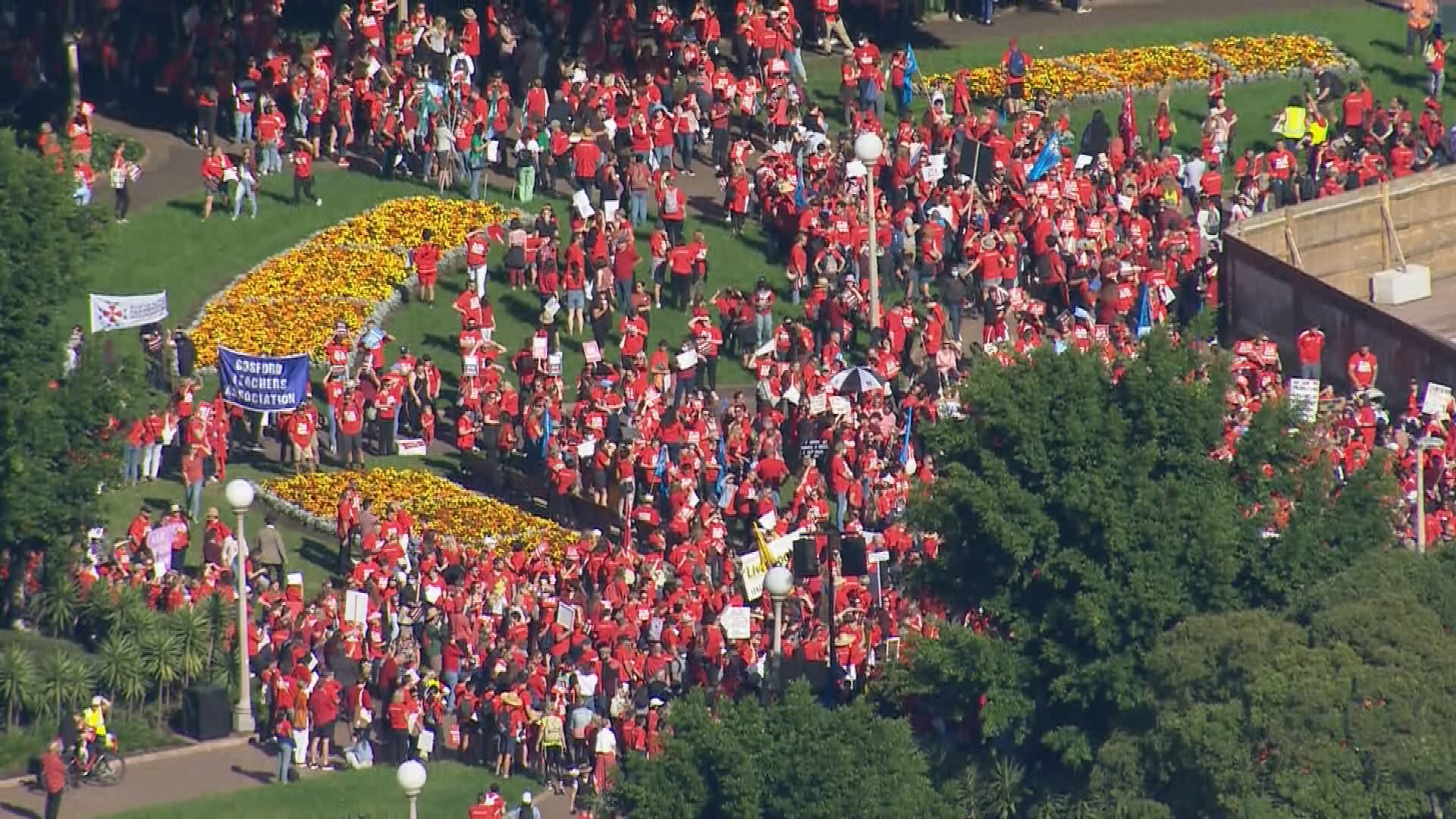 "When nurses and teachers are out on the streets you know something is crook," Unions NSW secretary Mark Morey said.

"There is a groundswell of anger and disgust among workers. People are filling up half a tank of petrol and then rationing it out over a fortnight. They are opting for sausages over steak and cancelling family holidays."

Morey said wages had not risen for a decade and could not be blamed for increasing inflation.

"When unemployment is high, we are told we can't have a pay rise because it will stop job creation," he said.

"But when unemployment is low, we are told we must exercise wage restraint to stop inflation. Exactly when can we have a pay rise?"

Swimmer attacked by shark in California