The Philippines has sought an explanation from China after a Filipino military commander reported that the Chinese coast guard forcibly seized Chinese rocket debris in the possession of Filipino navy personnel in the disputed South China Sea, officials said Thursday.

Sunday's incident off Philippine-occupied Thitu island is the latest flareup in the long-seething territorial disputes involving China, the Philippines, Vietnam, Malaysia, Brunei and Taiwan. China has denied its coast guard forcibly seized the debris from the Filipino sailors.

Department of Foreign Affairs spokesperson in Manila, Maria Theresa Daza, said without elaborating that a diplomatic note was relayed to China for "clarification from the Chinese side over the incident."

Vice Adm. Alberto Carlos, who heads the military's Western Command, said the Filipino sailors, using a long-range camera, spotted the debris drifting in strong waves near a sandbar about 540 metres offshore. They set out on a boat and retrieved the floating object and started to tow it back to Thitu Island.

As they were traveling back to the island, "they noticed that a China coast guard vessel with bow number 5203 was approaching their location and subsequently blocked their pre-plotted course twice," Carlos said in a statement.

The Chinese coast guard vessel then deployed an inflatable boat with personnel who "forcefully retrieved said floating object by cutting the towing line" attached to the Filipino sailors' rubber boat. The sailors decided to return to their island, Carlos said, without detailing what happened. 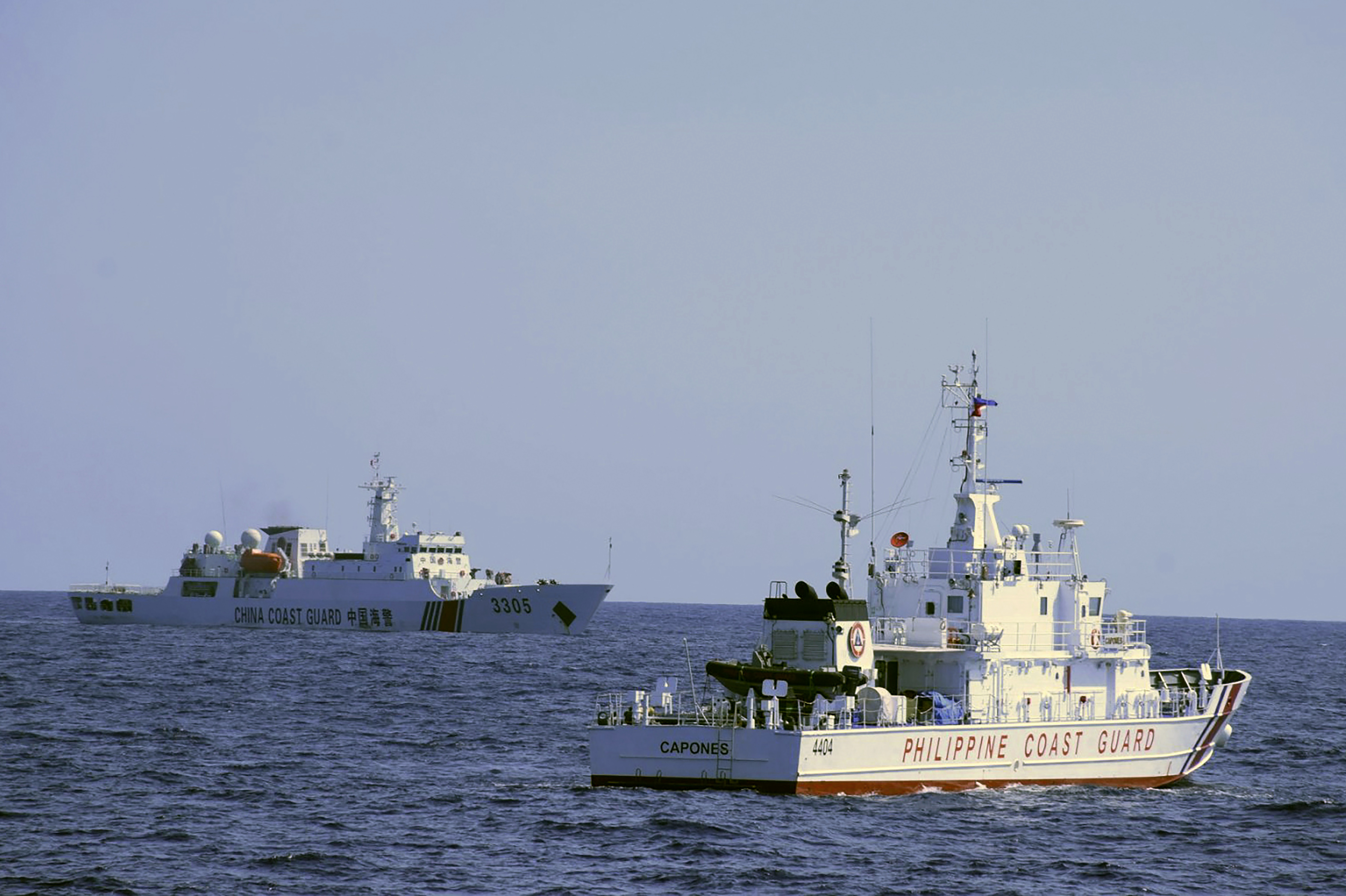 Chinese coast guard ships have blocked Philippine supply boats delivering supplies to Filipino forces in the disputed waters in the past but seizing objects in the possession of another nation's military constitutes a more brazen act.

China's Foreign Ministry in Beijing has denied that the debris was seized forcibly.

"There was no such thing as interception or forcible seizure at the scene." Responding to China's denial, top Philippine defense official Jose Faustino Jr. stood by the accounts of the Filipino navy personnel and said the debris was "rudely" taken from them by the Chinese coast guard.

It was not clear where the thunder-like blasts, which caused slight tremors on the ground, came from and what were their nature. Villagers on the island were alarmed, officials said, adding they prepared an evacuation plan in case there would be a need for it.

Thitu, which Filipinos call Pagasa, or hope, hosts a fishing community and Filipino forces and lies near Subi, one of seven disputed reefs that China has turned into missile-protected islands in the disputed waters. US security officials say that the developed islands, including three with military-grade runways, now resemble forward military bases.

The Philippines and other smaller claimant nations in the disputed region, backed by the United States and other Western countries, have protested and raised alarm over China's increasingly aggressive actions in the busy waterway.

The Philippines has filed 189 diplomatic protests against China due to the territorial rifts this year alone, the Department of Foreign Affairs said.

Scott Morrison secret ministries report to be handed down