A boat workshop has caught alight off Sydney's coast, sending huge plumes of smoke into the air, as over 50 firefighters fight to contain the blaze.

Fire and Rescue NSW confirmed the shed caught alight in the suburb of Drummoyne, at the rear of a property on St Georges Crescent around 2pm.

They said the boat shed has been severely damaged, and they are working to ensure the fire doesn't spread to nearby properties.

Nearby residents reported the fire via Triple Zero this afternoon.

"We received a number of Triple Zero calls to a structural fire in Drummoyne. Fire crews were called on scene and saw smoke and flame issuing from a marine shed," FRNSW acting superintendent, Tim Hassiotis said.

"At this stage its too early to determine the cause of the fire." 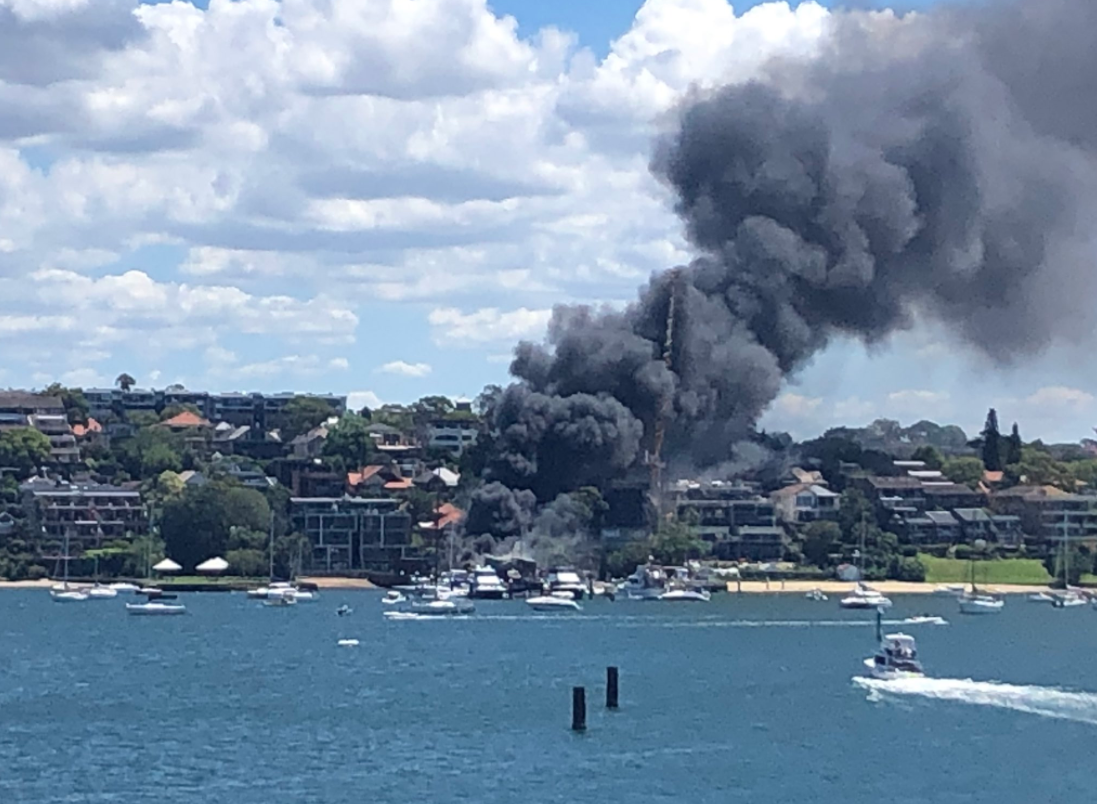 Fourteen fire trucks and over 50 fire fighters, as well as Ambulance crews and police are on scene.

A Port Authority fire boat on Sydney Harbour is also working to put out the fire from the water.

"Fire fighting efforts have also been significantly bolstered by use of a Port Authority boat as this premises is on the water," Mr Hassiotis said.

"They've managed to hold the fire to stop any external spread to nearby residences.

Nearby balconies have sustained damage from the severe heat.

Mr Hassiotis confirmed search and rescue efforts were underway, to ensure nobody has become trapped by the fire.

He said the whereabouts of the property's residents remains unclear.

"There's no reports of injuries at this stage."