Outback transformed into inland sea as another swirling threat looms Outback t﻿owns and rivers across the Kimberley region of Western Australia are facing record breaking floods that have left towns cut off, forced road closures and transformed the landscape into an inland sea.

The rain is being driven by Ex-Tropical Cyclone Ellie, which made landfall two weeks ago but has caused "incessant rain" across the region.

And there's no end to the big wet in sight, with Weatherzone now warning the system could drift back out to sea and intensify into another cyclone.

WA's Minister for Emergency Services Stephen Dawson announced an Emergency Situation has been declared as some rivers endure their biggest flood on record.

"Emergency services have completed a number of flood rescues for people in Fitzroy Crossing." 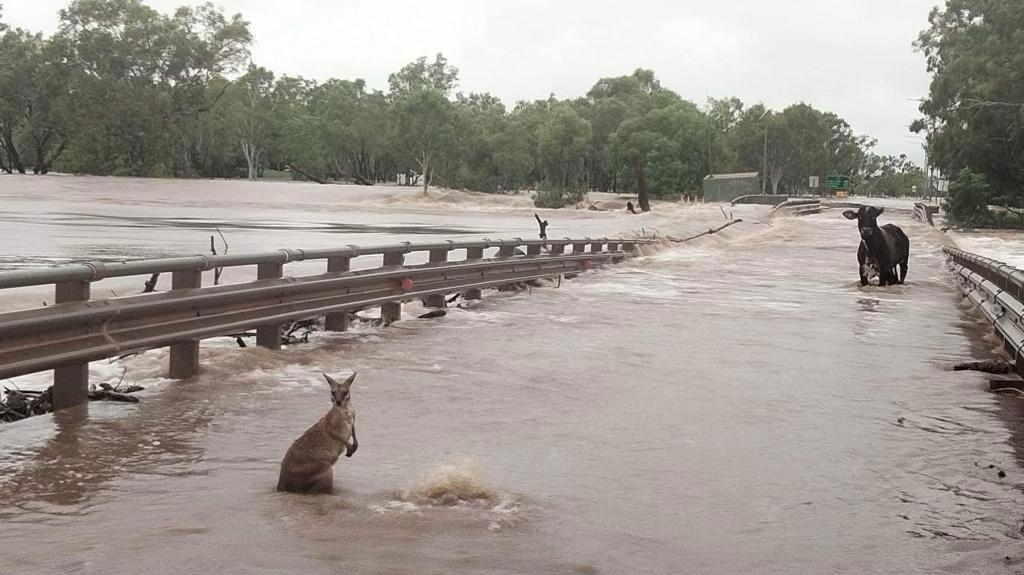 The Bureau of Meteorology (BoM) warns the Fitzroy River is still rising at Fitzroy Crossing.

It comes after 831 mm of rain was recorded at a gauge at Dimond Gorge, north of Fitzroy Crossing over a week-long period.

READ MORE: Pilot points to potential cause of deadly crash

"The Fitzroy River at Fitzroy Crossing is currently at 15.09 metres and steady, with record major flooding," BoM said.

"The Fitzroy River at Fitzroy Crossing may reach around 15.60 metres Tuesday afternoon. 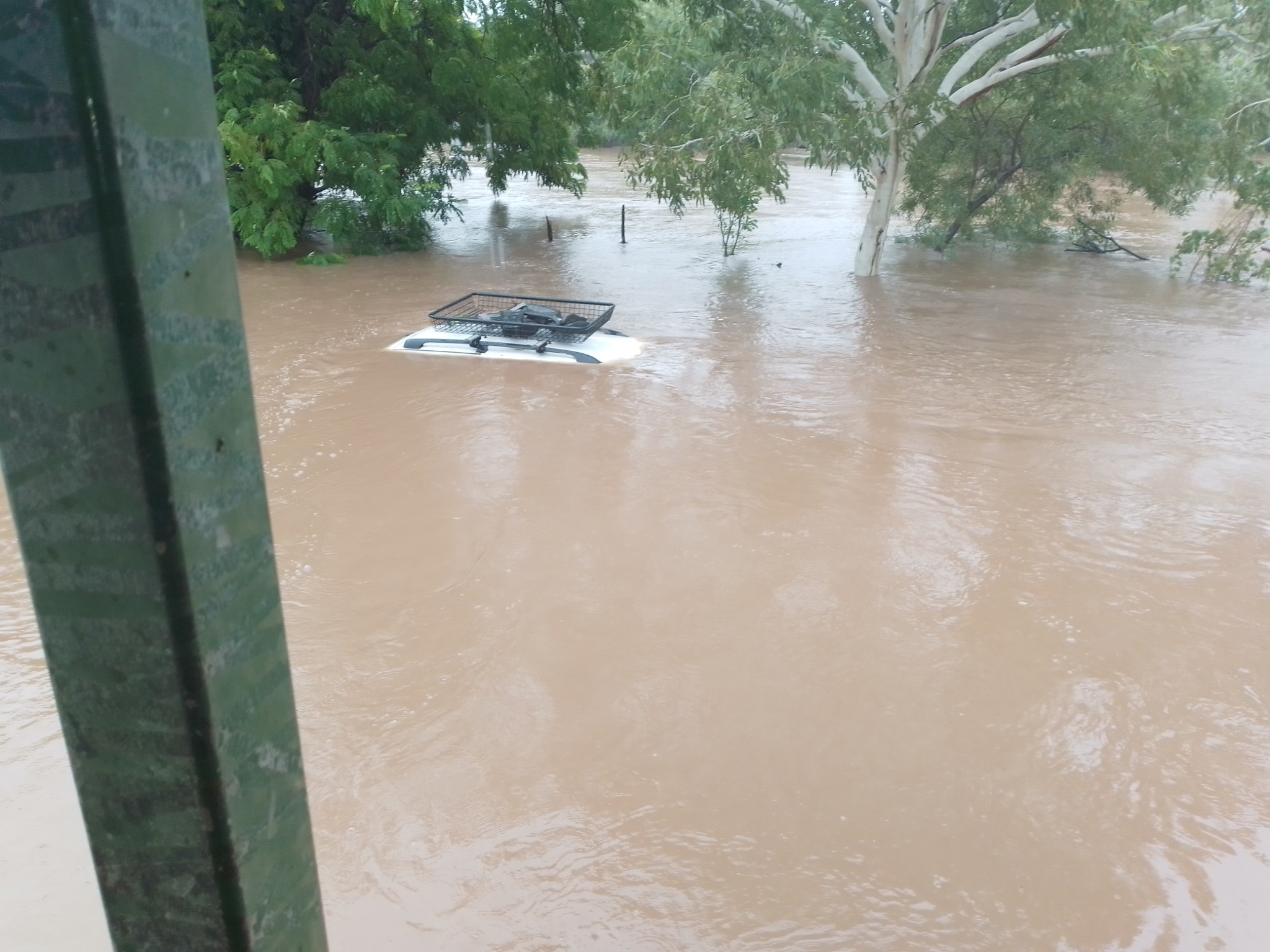 The main bridge over the river is inundated, and has buckled under the force of the water, leaving the town cut off.

Numerous roads have been closed around the Kimberley as rivers burst their banks.

"Other notable totals during this one-week period included 635 mm at Phillips Range and 576 mm at Mount Joseph," Weatherzone said. ﻿

Residents can stay across all closures ﻿and storm alerts on the Emergency WA website.

System could re-intensify into another cyclone﻿

Weatherzone said the heavy rain will continue throughout the week.

"Unfortunately, Ex-Tropical Cyclone Ellie is predicted to linger over the north of WA for the next few days," it said.

"There is even a chance that it could briefly drift back over open water to the north of WA, which could allow it to intensify into a tropical cyclone." 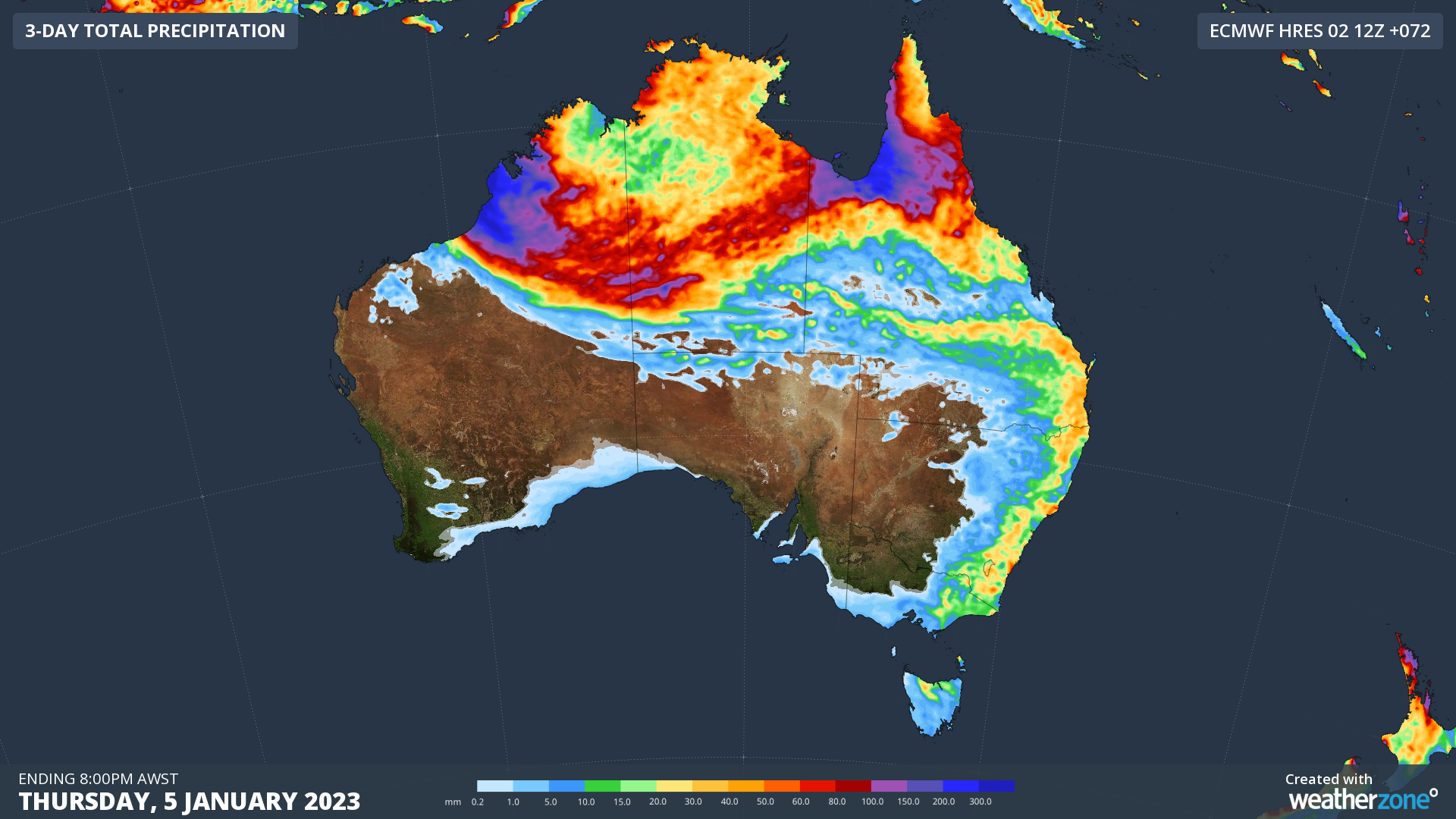 If that occurs the system may, or may not, be called Cyclone Ellie. ﻿

Ellie was the second tropical cyclone of the season and formed less than a week, after ﻿Tropical Cyclone Darian developed west of the Cocos (Keeling) Islands in mid-December.

"﻿Tropical Cyclone Ellie was a brief-lived cyclone…After strengthening to a category 1 cyclone (the lowest category of cyclone classification) that lasted only a few hours, Ellie crossed the western Top End coast south of the Daly River mouth early in the morning of December 23rd and became a tropical low," Weatherzone said.

"﻿Since then, she has wheeled east to the Queensland/NT border and back to the Kimberley, all the while triggering storms and dropping intense amounts of rain."

Cyclone season typically runs from the start of November to the end of April.

The BoM expects there will be more tropical cyclones than average this season as Australia is in the grips of a La Niña event.

Elon Musk has lost a bigger fortune than anyone in history