When we think of evolution, we tend to picture slow changes occurring over very long periods of time, typically millions of years.

However, evolution can actually happen much faster, over only a few generations: think COVID-19 strains, for example. And this fast evolution isn't just restricted to viruses and microbes.

Our study, recently published in Evolutionary Biology, documents rapid evolution in tiger snakes (Notechis scutatus). In less than a century, these snakes evolved the ability to swallow whole seagull chicks, allowing them to survive on a tiny island.

Most Australians are familiar with the tiger snake, one of our most iconic animals. The snakes in our study were from Carnac Island, a tiny islet off the coast of Perth in Western Australia.

They were introduced here less than a century ago, possibly dumped by a travelling snake performer to avoid trouble with the law.

These marooned tiger snakes are now adept at swallowing the large chicks of the seagulls that nest there. Adult snakes have little else to eat on this island in order to survive and reproduce. 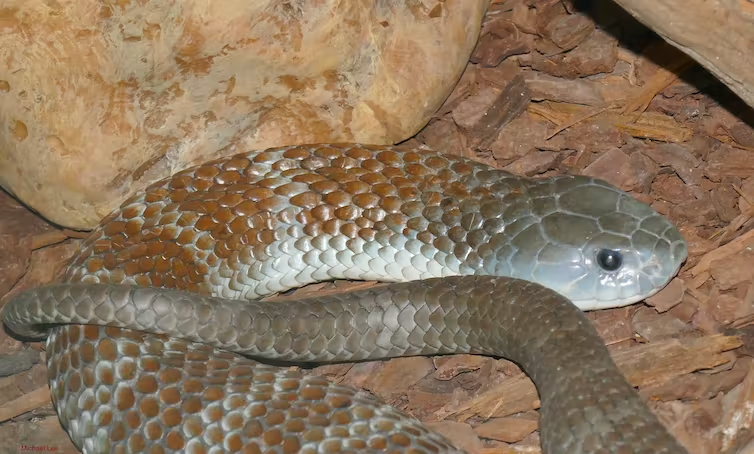 But how did they adapt so well, and so quickly?

Tiger snakes on the mainland (the ancestral stock of the snakes on Carnac Island) typically feed on much smaller creatures, especially frogs.

The secret is a process called "phenotypic plasticity", which is a phenomenon where an organism physically changes its body within its own lifetime to match the environment it is experiencing.

Myriad examples exist: from water fleas (Daphnia) that can develop a spiky "helmet" in the presence of predators, to the tadpoles of some spadefoot toads (Spea), which morph from omnivore to carnivore bodies when exposed to environments packed with small prey (including other tadpoles!).

Our research team took a detailed look at how the snakes from Carnac Island have adapted to survive there.

We raised some baby snakes taken from the island and some from the nearby mainland, and divided them further into two groups – one group fed on small mice, and the other on large mice.

After the snakes matured, we looked into their heads using a high-resolution version of a medical CT scanner and took measurements of the different skull bones. This showed us how the island and mainland groups responded to different prey sizes.

Mainland snakes always had the same head shape, regardless of whether they were fed small or large prey. But Carnac Island snakes showed an intriguing response: those fed large prey developed a much bigger bite, with longer jaw bones (especially in the lower jaw and palate).

Previous studies had only looked at external head dimensions. We confirmed their conclusions and further revealed exactly which skull bones were responding to the drastic dietary change.

READ MORE: Why sea snakes are so much more deadly?

The explanation behind our results can be more easily understood if we compare our snakes to people at a gym – a human example of phenotypic plasticity. As all gym-goers know, some people can quickly build up muscle from weight training, the so-called easy-gainers (who doesn't envy those!), while others struggle more – hard-gainers.

The snakes from Carnac Island are easy-gainers: they have a stronger intrinsic (genetic) capability to change their shape in response to a stimulus, in this case large prey items. This means they have a higher level of phenotypic plasticity. 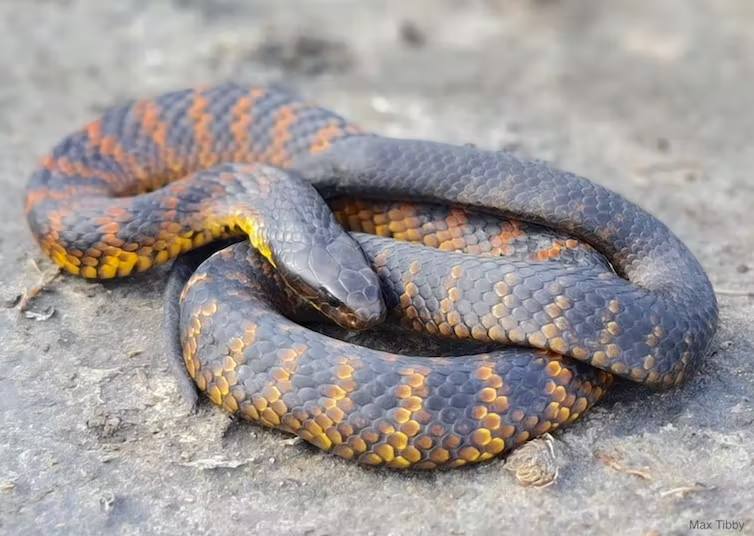 In any population, some individuals are more plastic than others. Of the tiger snakes marooned on Carnac Island and forced to exist on seagull chicks, the most "plastic" snakes would develop the biggest bites – and be more likely to survive and pass down their easy-gainer genes to their descendants.

Over the course of a few generations (and less than 100 years), the entire population of tiger snakes would become easy-gainers.

The march of evolution

But evolution doesn't stop there. Eventually, genetic mutations occur so that snakes are born with longer jaws; these would have a survival advantage even over the easy-gainers (who only develop longer jaws after "training"), and eventually replace them.

Thus, a wide gape becomes fixed at birth. This phenomenon is called "trait canalisation" or "assimilation".

In our study we observed examples of this as well: some skull bones were relatively longer in the Carnac Island snakes from birth, regardless of their diet.

So how much change has occurred in the Carnac Island snakes? We found that certain jaw bones can lengthen by about five per cent simply as a result of feeding on large prey for a year.

On top of this, the bones of the snakes from Carnac Island were also about 5 per cent longer at birth than those in the mainland snakes (because of "trait canalisation" mentioned above). The island snakes are indeed on a rapid path to evolve very big jaws to effortlessly swallow baby seabirds.

Our study delves deeply into how rapid evolution occurs in complex organisms, and shows how diet has profound effects, even greatly affecting individual skull bones. It also reveals the resilience of tiger snakes, and how their "easy-gainer" bodies help them adapt almost instantaneously to extreme new environments.

This is one of the likely reasons tiger snakes have been so successful at colonising islands.

This article is republished from The Conversation under a Creative Commons licence. Read the original article.

What makes earthquakes such a deadly natural disaster?

Fugitive's arrest like a 'quake,' but Mafia very resilient