Attorneys for more than 90 women and girls who were sexually abused by disgraced former USA Gymnastics team doctor Larry Nassar submitted claims for over $US1 billion ($1.4b) to the FBI, saying investigators could have ended Nassar's predation and protected other victims had they not mishandled the case.

The claimants include Olympic gymnasts Simone Biles, Aly Raisman and McKayla Maroney and world championship medalist Maggie Nichols. Each has asked for $US50 million ($69.5m), according to the law firm that represents them.

READ MORE: Weinstein to be charged in UK over indecent assault claims

CNN contacted the Department of Justice, which oversees the FBI, and officials there declined to comment.

Under the Federal Tort Claims Act, claimants are required to give notice to the federal agency before a lawsuit is filed in federal court. The agency then has six months to either reach a settlement or deny the claim before the lawsuit can be brought.

In the notice of the Federal Tort Act claims, attorneys say the FBI had credible complaints from numerous victims by July 2015 – but neglected to interview them or properly investigate the abuse.

The claims say in part that "the Federal Bureau of Investigation (FBI) possessed credible complaints from numerous sources and corroborating evidence of Dr Larry Nassar's (Nassar) sexual assaults of young women and children over the course of a number of years and across the globe." "FBI officials, who possessed this knowledge and were in a position to end Nassar's predation, were grossly derelict in their duties resulting in Nassar sexually assaulting approximately 100 young women and children between July 28, 2015 and September 12, 2016, and conspired with the highest-ranking officials within the United States Olympic and Paralympic Committee and USA Gymnastics, Inc to conceal this known sexual abuse from foreseeable victims," the claims state.

"The FBI was grossly derelict in their duties by declining to interview gymnasts who were willing to talk about the abuse, failing to transfer the complaint to Lansing Michigan where Nassar was continuing to abuse girls, ignoring its obligation to report child abuse to relevant state and federal agencies and lying to Congress, the media and FBI headquarters about their lack of diligence in investigating the Nassar complaint," attorneys for the victims said in a statement.

"As a result, Nassar continued his predatory behavior, sexually assaulting approximately 90 young women and children between July 28, 2015, and September 12, 2016." 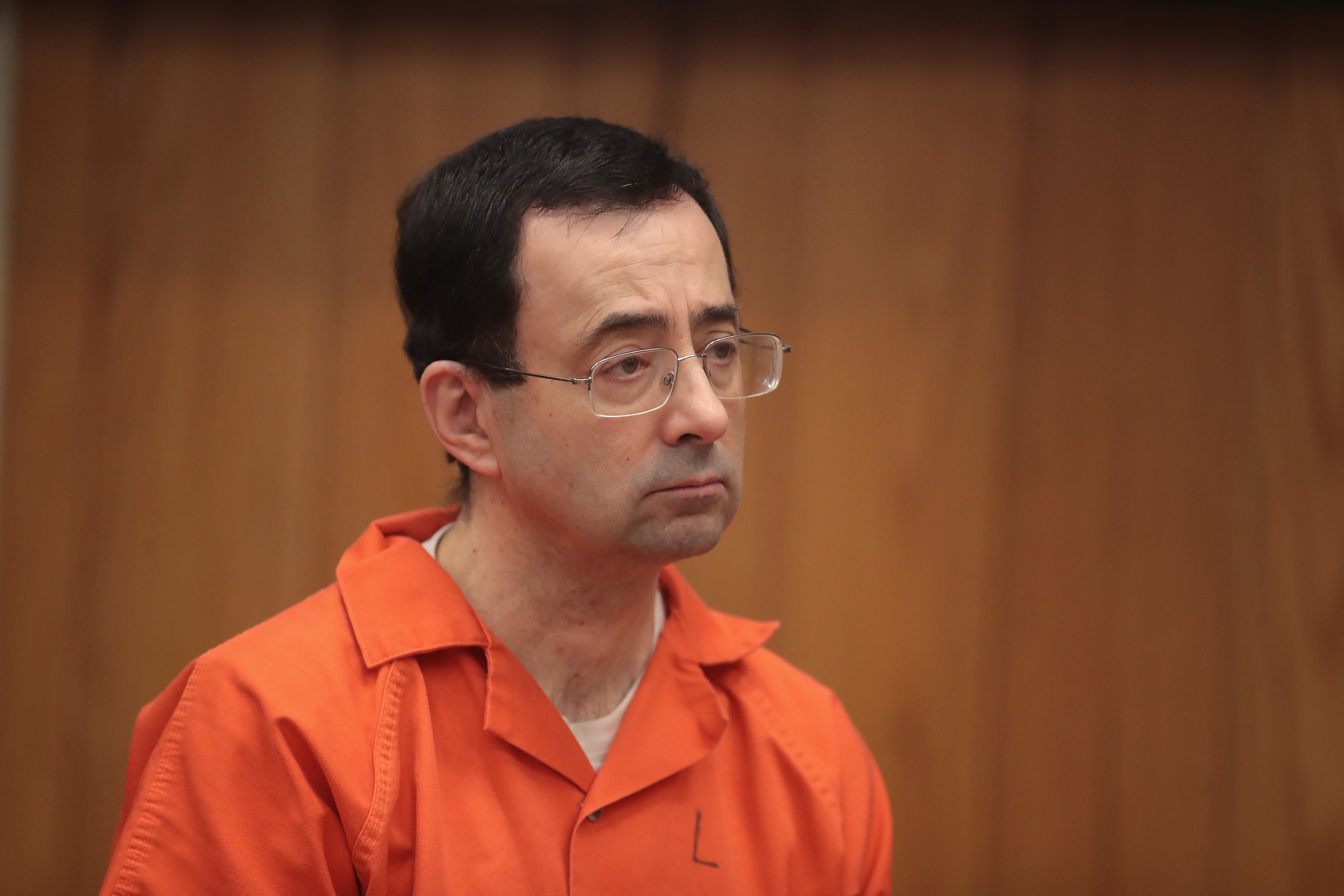 Nichols, an NCAA national champion, demanded accountability from the FBI.

"The FBI knew that Larry Nassar was a danger to children when his abuse of me was first reported in September of 2015. For 421 days they worked with USA Gymnastics and USOPC to hide this information from the public and allowed Nassar to continue molesting young women and girls," Nichols said. "It is time for the FBI to be held accountable."

Nassar, the longtime doctor for the USA Gymnastics team and Michigan State University, is serving a 60-year sentence in federal prison on child pornography charges.

He also was sentenced to a 40-to-175 year state prison sentence in Michigan after pleading guilty to seven counts of criminal sexual conduct. 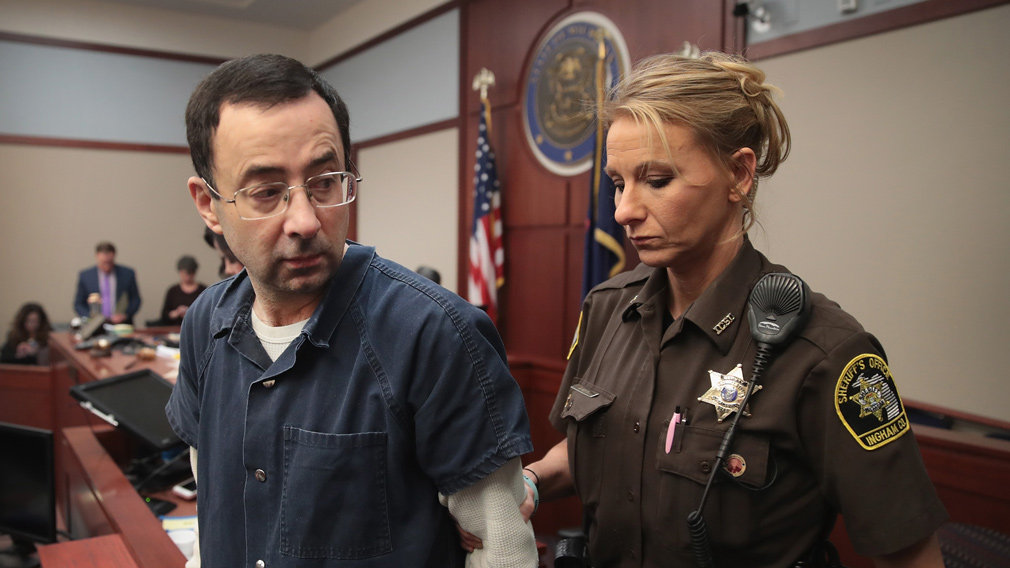 A Justice Department inspector general report found gross failures by the FBI to properly investigate complaints from gymnasts, who told the bureau in 2015 about the abuse.

The inspector general found the agents lied to investigators, but the Justice Department during the Trump administration and again early in the Biden administration declined to bring charges.

In April, 13 of Nassar's sexual assault victims submitted separate claims against the FBI totaling $US130 million ($180m), saying all the agents involved in the Nassar investigation elected to "turn a blind eye" to the sexual abuse perpetrated on children by Nassar.

Those 13 victims accused agents of "negligence" and "wrongful acts" during the investigation, according to administrative tort claims seeking $US10 million ($13.9m) for each victim. 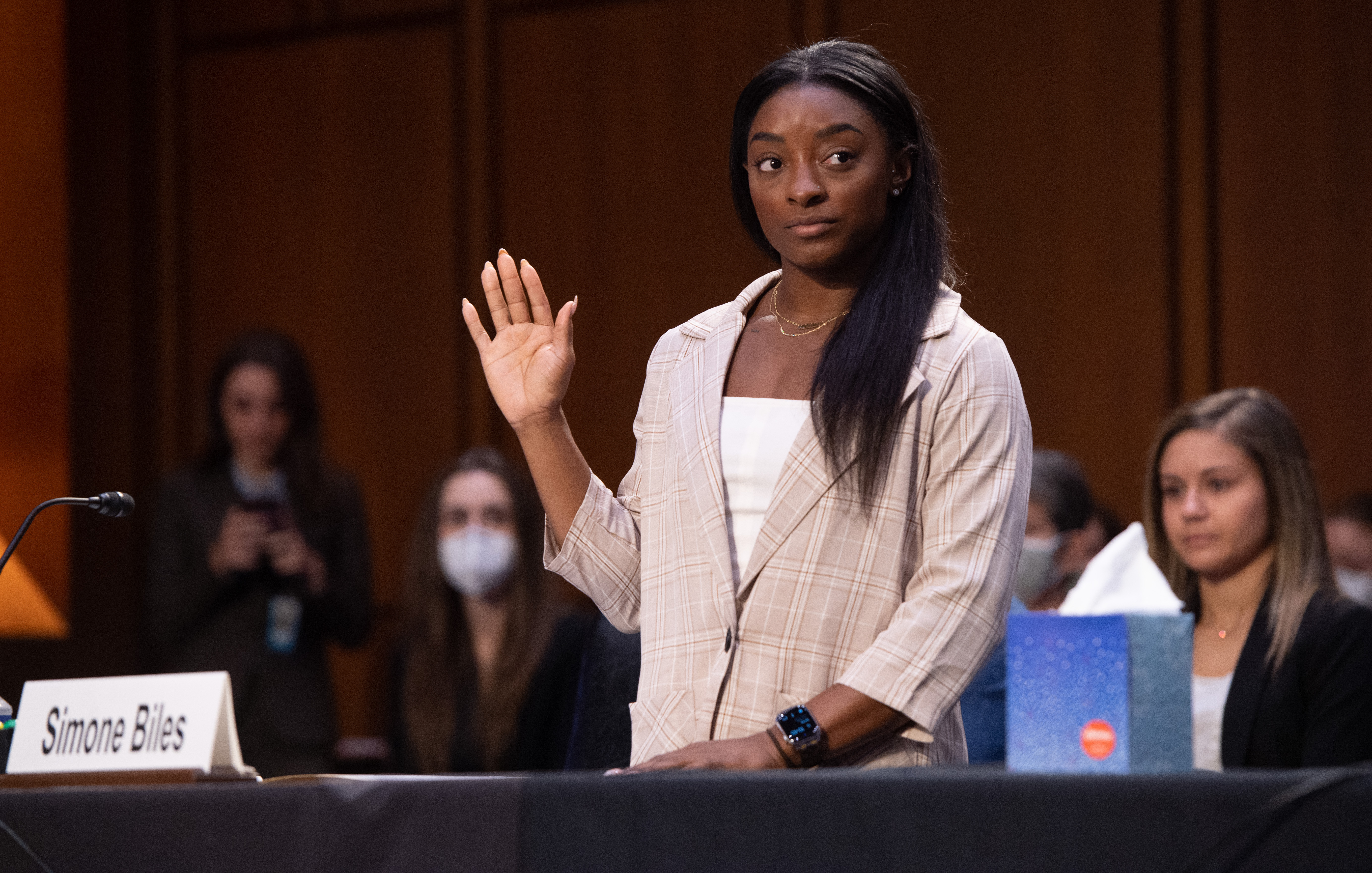 In May, the Justice Department announced it wouldn't bring charges against two former FBI agents accused of mishandling the sex abuse inquiry Nassar – the third time prosecutors reached that conclusion.

In a statement at the time, the department said that the latest decision to decline prosecution of the agents came "after multiple reviews and analyses of evidence gathered in the investigation of the former agents, and reflects the recommendation of experienced prosecutors."

Dogs to be used to detect COVID-19 at Australian hospital