Old pianos rescued and renovated to pop up around Sydney

On a thin, busy road leading away from the sand of Avoca Beach, the gentle lilt of piano wafts through the seas side flora.

But instead of being carolled inside, the music escaping through an open window, this elderly piano, daubed now in watercolour bush scenes and trimmed in gold, sits outside the home of film composer Yantra DeBilder.

"Do many people come and play?" I ask.

"Every day, people are here: children, oldies. All creating a bit of life and love," says Yantra.

Called "Pianos for the People", Yantra rescues old goannas destined for the tip or the tomahawk, revives them, and then places them in street locations to again reverberate with music.

"What's been the response of the neighbours?" I ask. "They love it," says Yantra, "especially the elderly ones across the road."

Luckily, neighbour Phillip Yuile is about to walk to the beach, towel draped across his shoulders, giving me the chance to confirm Yantra's story.

READ MORE: Microcars of the mid-20th century on display 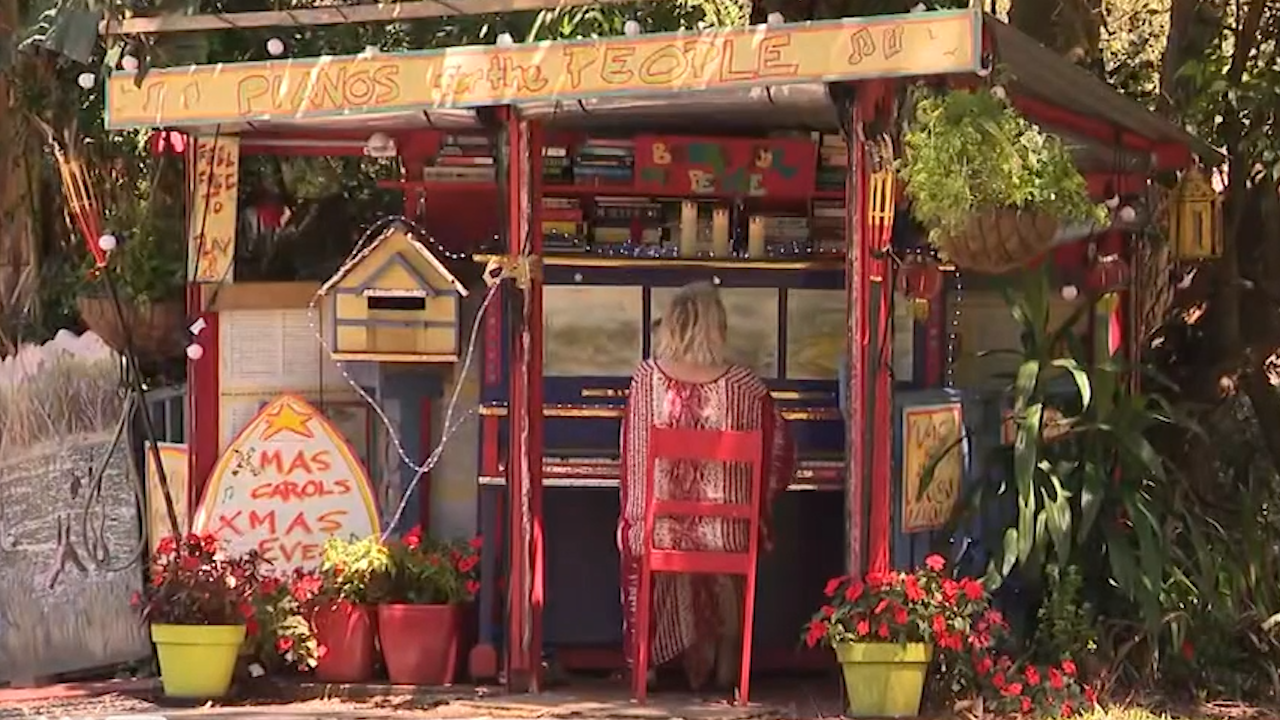 "Every now and then, you get someone who's really good," says Phillip. "We usually come out, look out the window or sit on the balcony to listen, and it's fantastic."

Anyone keen to caress the keys, regardless of skill set, can pull up a stool and have a go, like at Gaby Porter's place in Pearl Beach.

"Every day, we would have a least a dozen beautiful pianists playing," says Gaby, whose sculptures dot the front garden of her home.

"My husband and I sit inside there on the verandah and think, these total strangers are playing this beautiful music for us."

READ MORE: Thirteen cars from Mad Max Fury Road are up for sale 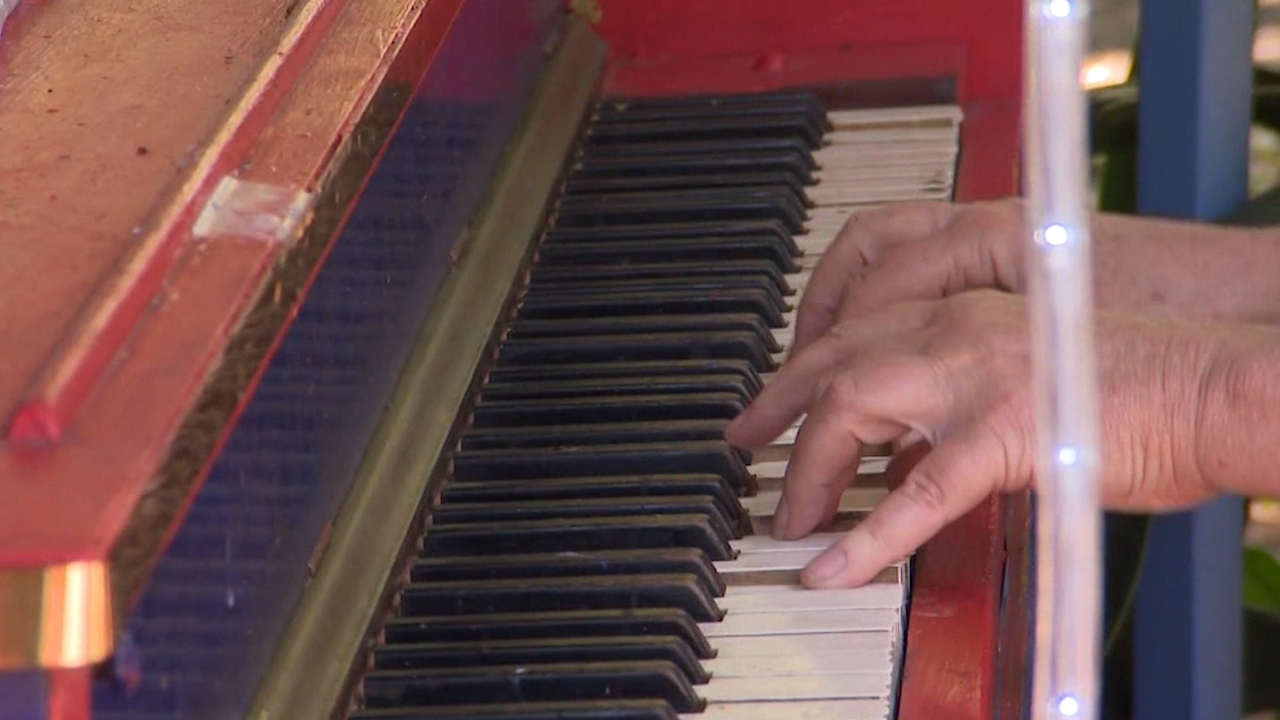 The first tranche of veteran pianos has even seen a one placed in Darling Square, near Sydney's old Ent Cent.

I wondered how an old piano could survive the wilds of the night in the inner city.

"Everywhere that I place a piano, I have a host," says Yantra.

Apparently, there are plenty of discreet eyes keeping watch over her charge.

"I've had nothing but good feedback, people even leave notes for me thanking me," says Yantra, the piano sites also used as pop-up venues featuring local musicians.

And Yantra is now preparing to find new locations for a new brace of old goannas.

In the meantime, there may be a little more work required on the old fella perched on her front lawn.

"This old darling's got a few sticking notes," she says.

Where to find the cheapest fuel in Macarthur Camden

Kyrie ‘welcomed back with open arms’