N﻿ew South Wales Premier Dominic Perrottet has today continued to apologise for wearing a Nazi costume on his 21st birthday, while insisting his job is safe just weeks out from a state election.

The premier has faced a barrage of criticism since he revealed yesterday a colleague had called him about the costume earlier this week.

Perrottet has declined to reveal what was said or who made the call, but stressed he was "deeply ashamed" about the revelation.

Perrottet today faced a barrage of questions over the incident when he gave an update on a new hospital redevelopment in Ryde, in Sydney's north-west.

A clearly rattled premier said it was important he had admitted wearing the uniform at the party and he hoped "some good would come of it".

"What is important here, as I said yesterday, was that I did it. It was a terrible mistake that I made and, as I said, I am incredibly sorry for the hurt﻿," he said.

"My hope is that some good can come from that terrible mistake I made years ago and hopefully it will lead to young people never making the same mistake that I did.

"That is what I am focused on."

Perrottet – who faces a state election in March – insisted he had the support of the NSW Liberal Party despite it being behind the source of the revelation.

And he said he was confident he would still be premier when voters go the polls on March 25.

﻿"I have had overwhelming support from my colleagues," the premier said.

He also reiterated his apology to the Jewish community. 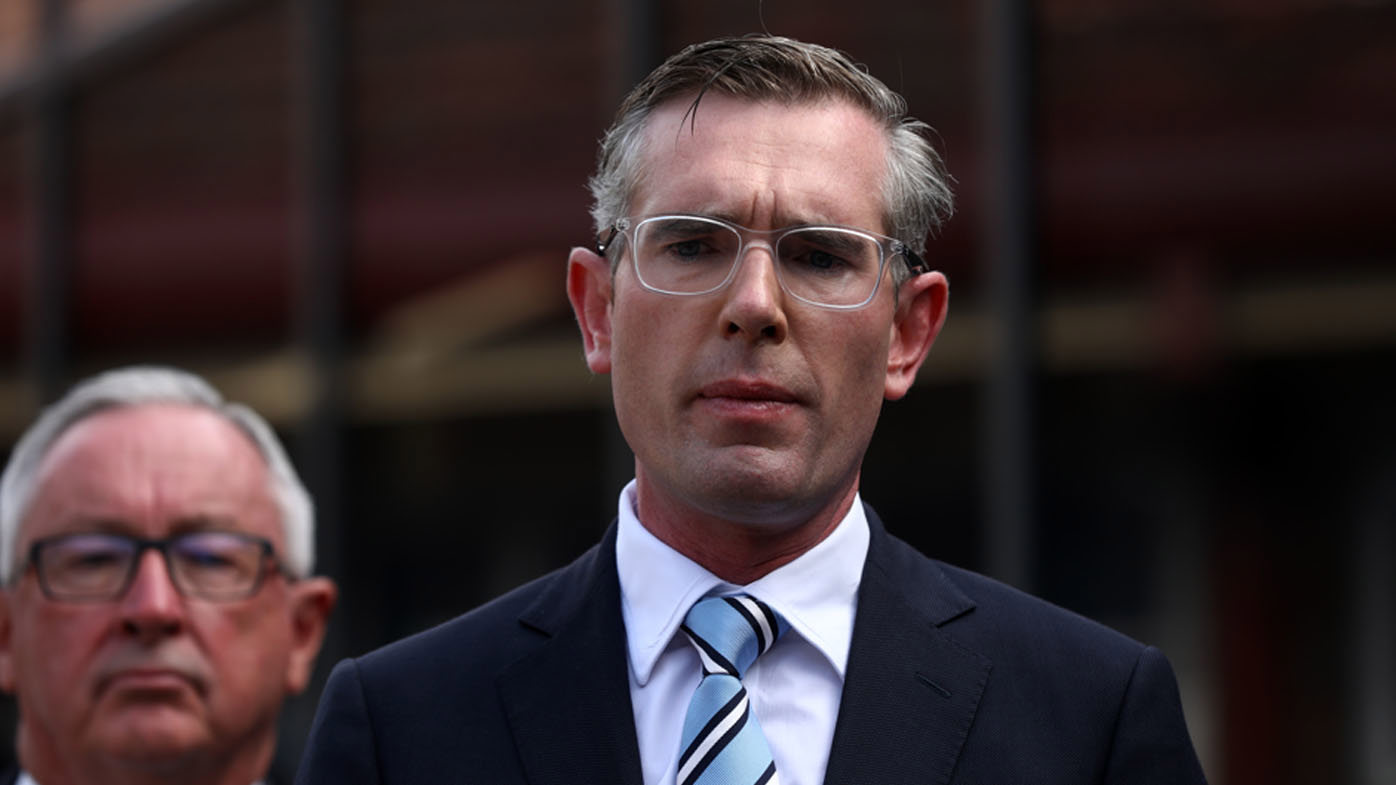 "I was out meeting with the Jewish Board of Deputies yesterday and we spoke about education and the importance of raising awareness of the atrocities that have occurred in the past and our commitment to ensure they never happen," Perrottet said.

"One of the best ways of doing that is through education and I am committed to doing that."

Health Minister Brad Hazzard, who accompanied Perrottet at the media call today, said he had been an "extraordinarily good premier".﻿

Early today, the premier again ﻿apologised in a video message.

"I made a terrible mistake at my 21st birthday party where I wore a Nazi uniform as fancy dress. I am deeply ashamed of the fact that I did that," Perrottet said.

"And I am truly sorry for the hurt, pain and distress that that action will cause many people, right across NSW and particularly the Jewish community, Holocaust survivors and veterans and their families.﻿"

Perrottet also released an open letter to the NSW Jewish community, saying he is "deeply sorry" and "determined to continue to do everything I can to fight antisemitism".

But criticism of the premier continued this morning.

Federal Treasurer Jim ﻿Chalmers told Today it was up to Perrottet whether he should resign as premier.

"The NSW election is not far away … people do genuinely want their communities to be more tolerant and more inclusive, not less.

"I think this revelation yesterday cuts across that. And so I think people will take a dim view of it."

NSW Jewish Board of Deputies CEO Darren Bark﻿ told Today the past 24 hours had been "very difficult" for the Jewish community.

Perrottet contacted the board ﻿about the incident yesterday before he fronted the media.

"It has been a very difficult 24 hours for the Jewish community. Sadness, disappointment, a whole range of different emotions understandably so," Bark said.

He said it was up to the people of NSW to judge the premier at the forthcoming election but he needed to follow his apologies with actions.﻿

"What happens between now and when people decide and make their choice, that's what's going to matter.

"Now it's about action and it is about response."