The first person has been charged over an alleged attempt to defraud a New South Wales government scheme of over $500,000.

Strike Force Sainsbery was established in November, made up of detectives from the State Crime Command's Financial Crimes Squad and all Sydney Metropolitan Regions, to investigate fraudulent applications made against the COVID-19 micro-business grant scheme.

The team is investigating fraudulent applications to all the latest NSW government financial relief schemes connected to the pandemic and natural disasters.

Investigators identified 51 applications totalling $530,000 that were suspected to have been made by one person.

A 21-year-old man was arrested in Nowra in northern NSW at around 9am yesterday.

He was charged with 32 counts of dishonestly obtaining financial advantage by deception and 19 counts of intention to defraud by false or misleading statement and knowingly dealing with proceeds of a crime.

Investigators have seized a Mercedes Benz utility from Culburra that is alleged to be a proceed of the crime.

Police also searched a property at Warialda Rail, where they seized a bio-diesel converter, computer equipment, drones, and jewellery. 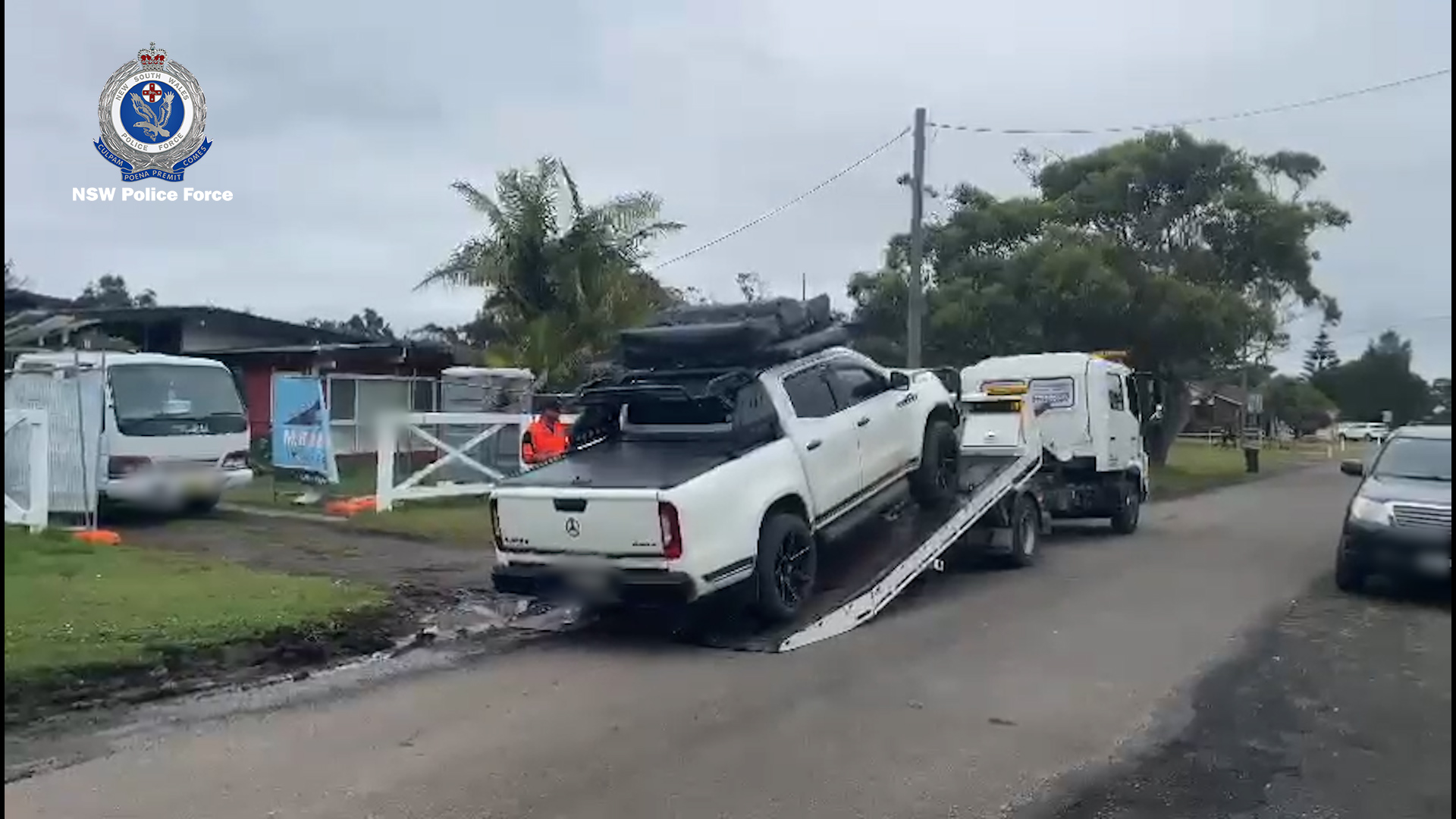 In court, police will allege the man made the fraudulent business grant applications using false information and documentation.

Police have also alleged that he received $320,000 that was paid into multiple accounts under his name.

State Crime Commander, Assistant Commissioner Stuart Smith, said the arrest is likely to be the first of many.

"The Financial Crimes Squad has a proud reputation of successfully tackling the most complex matters – taking on criminal syndicates, professional facilitators and other individuals involved in fraud," he said.

"I again warn those who've made fraudulent claims that Strike Force Sainsbery is onto you and it's best to come forward before we come to you."