New South Wales daily COVID-19 case numbers have jumped by another thousand, with 12,226 and one death recorded in the 24 hours to 8pm last night.

A woman in her 70s from the Central Coast died with COVID-19 at Wyong Hospital.

She was a resident of Hakea Grove Aged Care facility where she caught the virus.

Hospitalisations climbed to 746, up more than 100 on the previous day.

But there are just 63 people in intensive care.

The testing rate fell significantly in the state yesterday, with just over 97,000 people getting tested.

It comes as long testing lines continue for yet another consecutive day, with some people reportedly being turned away as queues reach capacity.

NSW Health yesterday issued a warning to holiday travellers that they are unlikely to get their PCR tests back in time to cross the border into Queensland or Tasmania.

People have been urged to avoid PCR testing queues unless they have symptoms, in order to ease the burden on health workers who have been overwhelmed in recent days.

Nonetheless, at a Maroubra testing clinic in Sydney this morning, cars were queueing before daybreak, hours before it opened. 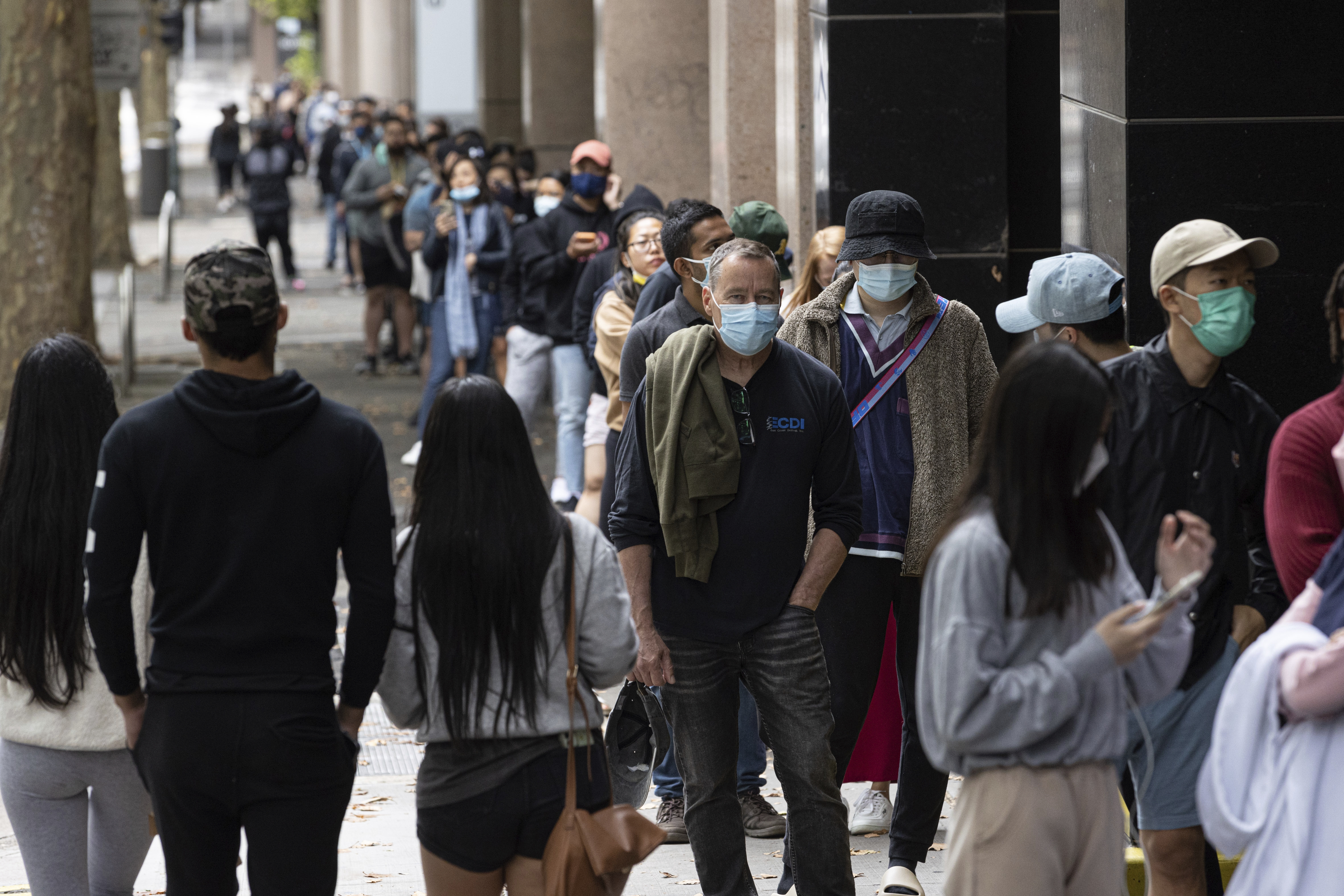 Chief Health Officer Dr Kerry Chant said yesterday that there were likely to be many more cases in the community that had not been detected.

Infections are doubling every "two to four days" in the state as testing messaging has taken an about-face in a new phase of the pandemic.

However, currently just 0.1 per cent of the 61,000 known active cases in the state are in intensive care.

NSW Health will also no longer be reaching out to close contacts, with residents infected being expected to communicate the message to those they think they've exposed.

Mr Perrottet believes a "national approach" to close contact definitions would be the best approach.