A simple 10-second balance test for people older than 50 reveals if their chances of dying from any cause will double in the next decade, an Australian study has suggested.

The inability to stand on one leg for 10 seconds in mid-to-later life foreshadowed an earlier death than for those who could, the University of Sydney research showed, as the study authors called for the test to be part of a routine health check for older adults.

Participants were asked to place the front of their free foot on the back of the opposite lower leg, while keeping their arms by their sides and their gaze fixed straight ahead.

Up to three attempts on either foot were permitted.

Researchers sampled 1702 participants, aged 51–75, of which two-thirds were men.

Around one in five people, or 348 of those in the group, failed the test.

Researchers said, in general, those who failed had poorer health, with a higher proportion deemed obese or categorised as having heart disease, high blood pressure and unhealthy blood fat profiles.

Type 2 diabetes was three times as common in people who failed, the peer-reviewed study which was published today in the British Journal of Sports Medicine said.

After accounting for age, sex, and underlying conditions, researchers found an inability to stand unsupported on one leg for 10 seconds was associated with an 84 per cent heightened risk of death from any cause within the next decade.

Researchers monitored participants for an average of seven years, and noted 123 people died from causes including cancer (32 per cent), cardiovascular disease (30 per cent), respiratory disease (9 per cent) and COVID-19 complications (7 per cent).

The proportion of deaths among those who failed the test was significantly higher, researchers said, at 17.5 per cent vs 4.5 per cent. 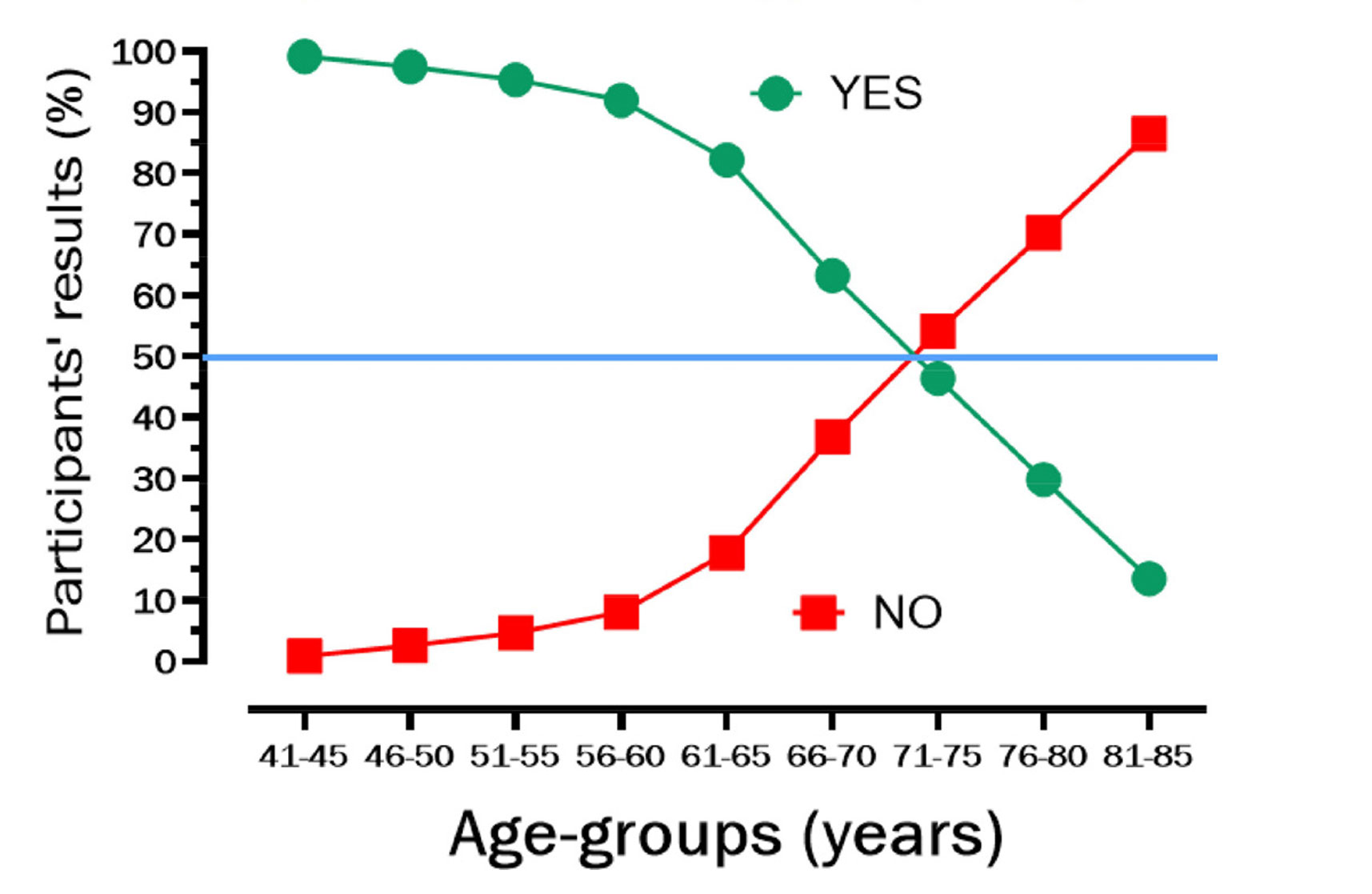 According to the study, which was jointly conducted with the Clinimex Medicina do Exercicio in Brazil, the proportion of people unable to stand on one leg for 10 seconds was nearly 5 per cent among those aged 51–55s; 8 per cent for 56–60, just under 18 per cent in the 61–65 range and almost 37 per cent for 66–70.

More than half aged 71–75 were unable to complete the test, meaning people in this age group were 11 times more likely to fail compared to those just 20 years younger.

Unlike aerobic fitness and muscle strength and flexibility, balance tends to be reasonably well-preserved until the sixth decade of life.

However, once people reach 50, their balance starts to wane relatively rapidly, researchers said.

Despite this deterioration, balance assessment is not routinely included in health checks of middle-aged and older men and women.

Researchers believed that was likely because there are no standardised tests for balance.

That was compounded by a lack of hard data linking balance to clinical outcomes other than falls, they said.

Researchers concluded the 10-second balance test "provides rapid and objective feedback for the patient and health professionals regarding static balance".

The test, they said, added "useful information regarding mortality risk" in middle-aged and older men and women.