The discussion comes as South Korea officials said North Korea has finished preparation for its first nuclear test in five years as part of its possible efforts to build a warhead to be mounted on short-range weapons capable of hitting targets in South Korea.

During an ongoing meeting of the Central Military Commission of the ruling Workers' Party on Wednesday, leader Kim Jong Un and other top military officers discussed "the work of additionally confirming the operation duties of the frontline units of the Korean People's Army and modifying the operation plans," according to the official Korean Central News Agency.

Kim also ordered steps to be taken to "enhance the operational capabilities of the frontline units," KCNA said.

A KCNA photo showed what appeared to be a big map of the Korean Peninsula's eastern coast including border sites standing near the conference table.

"I can assess the issue of forward-deploying tactical nuclear weapons were discussed at the meeting in an in-depth manner," said Cheong Seong-Chang, a senior analyst at South Korea's private Sejong Institute.

In April, when North Korea test-fired a new type of tactical guided weapon," it said the weapon has "great significance in drastically improving the firepower of the front-line long-range artillery units, enhancing the efficiency in the operation of (North Korea's) tactical nukes and diversification of their firepower missions." 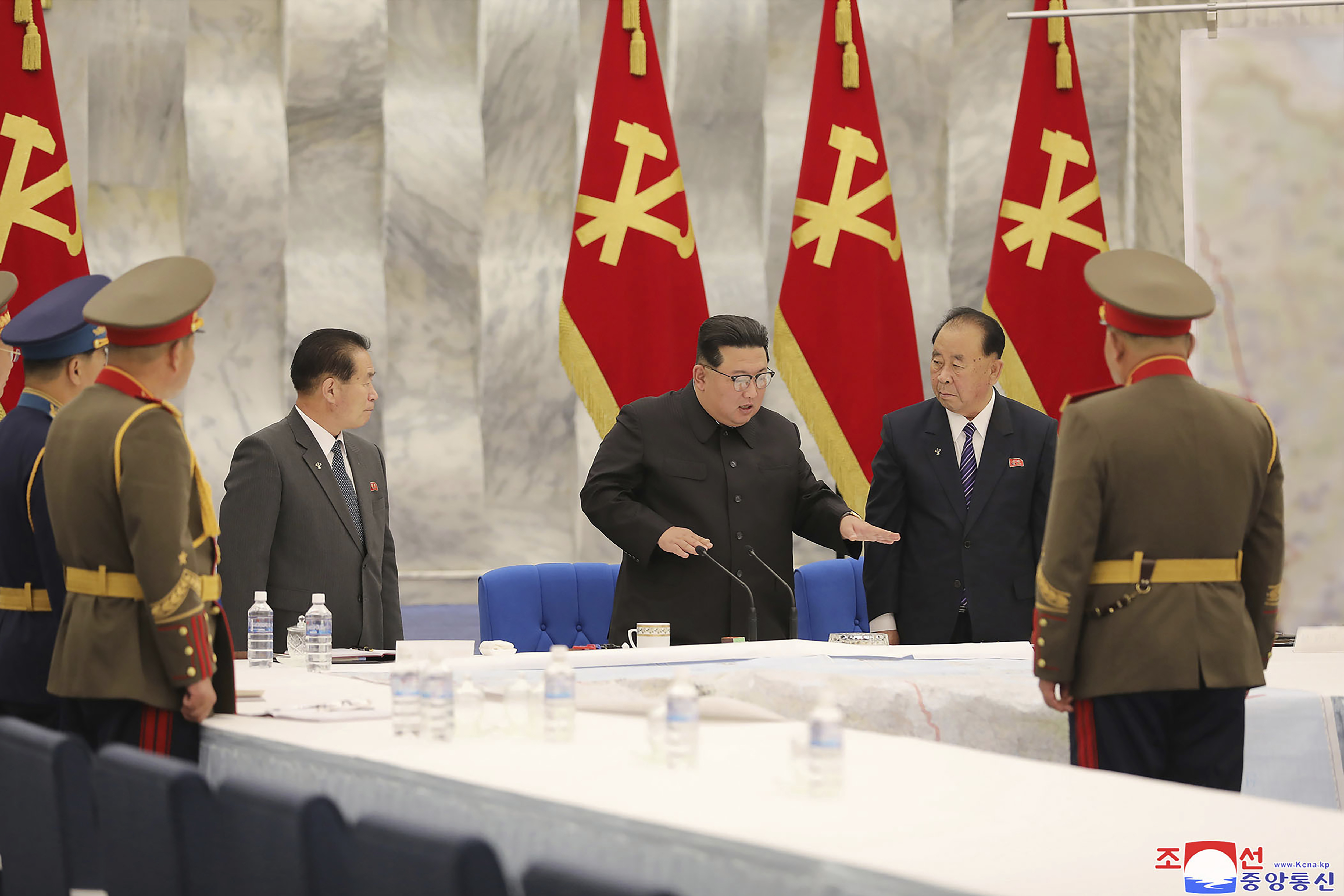 Its use of the words "tactical nukes" suggested the weapon is likely a short-range weapons system armed with a nuclear warhead. Some experts said at the time that North Korea intended to deploy such weapons threatening key facilitates in South Korea, including U.S. military bases there.

Later in April, Kim said North Korea could preemptively use its nuclear weapons if threatened, saying his nukes would "never be confined to the single mission of war deterrent" in situations where the North faces external threats to its "fundamental interests."

The possibility of North Korea having an escalatory nuclear doctrine could pose greater concern for South Korea, Japan and the United States.

Cheong, the analyst, said North Korea is expected to preform its seventh nuclear test after the meeting, saying that its third nuclear test in 2013 also came days after another Central Military Commission meeting.

Before this week's meeting, Kim had convened a meeting of the Central Military Commission 16 times since he took power in late 2011 but this is the first lasting two days or longer, Cheong said.

Wednesday was the second-day session, and KCNA said discussions were continuing on the agenda, indicating the meeting would continue on Thursday.

Earlier this year, North Korea test-launched a spate of missiles with potential ranges placing both the US mainland and its Asian allies like South Korea and Japan within striking distances.

North Korea has intercontinental ballistic missiles potentially capable of reaching the United States, but experts say the country still needs to master reentry capability and other technologies to make them functioning weapons. Some experts say the North's weapons launches were meant to modernize its weapons systems and boost its leverage in future negotiations with the United States to win sanctions relief and other concessions.

South Korean and US officials have warned North Korea to face consequences if it goes ahead with a nuclear test. But the divisions between permanent members of the UN Security Council make the prospects for fresh punitive international sanctions on North Korea unclear.

Russia and China this year vetoed US-sponsored resolutions that would have increased sanctions, insisting Washington should focus on reviving dialogue.

‘Murky’ Barilaro appointment to be reviewed