A Sydney family are pleading for information about the whereabouts of a "friendly" and "happy" woman who hasn't been seen or heard from for over eight weeks.

Police have serious concerns for the welfare of ﻿Jessica Zrinski, who was last seen in around Bossley Park, in Sydney's west, about 10pm on Sunday November 27.

The 30-year-old's uncle described her as a "beautiful girl" when he recalled the "loving" family's concerns growing when she did not return for Christmas or New Year's Eve.

"We are a close family and the time is very important, when the family comes together, and she missed them," he said.

"Everybody who meets here is drawn to her."

He ﻿said she had suffered with mental health problems in the past as he made an impassioned plea.

"Honey, if you are watching by any chance, please come home. We love you," he said. 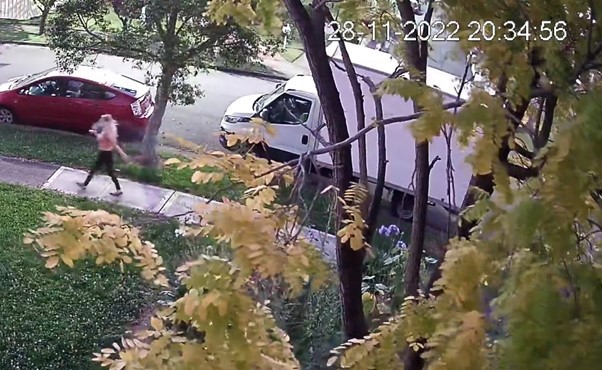 Police investigating ﻿Zrinski's disappearance released new CCTV footage they found of her the day after she was last seen.

She is seen walking south along Zadro Avenue, Bossley Park, about 8.35pm on November 28.

"That relates to a number of health concerns we have for her and also given the significant amount of time that's passed since she has been seen," McLean said.

"She was a friendly person who was always willing to have a conversation with someone."

McLean said people "don't just fall off the face of the earth" and is confident a member of the public would have seen her before her disappearance.

She was also seen on CCTV outside a registered club on Prairie Vale Road about 9.45pm on the 28th, then walking east on the same road about five minutes later.

Zrinski is described as being of Caucasian appearance, 165cm tall, of thin build with blonde hair.

She has tattoos on her right index finger, inside her left wrist and on the back of her T was wearing black leggings, a yellow long-sleeved shirt and flat shoes when﻿ she was last seen.

Zrinski was wearing black leggings, a yellow long-sleeved shirt and flat shoes when﻿ she was last seen.