A popular Sydney restaurant has gone up in flames after a chip fryer caught fire.

Cleveland Street in Surry Hills was cut off after the blaze at Erciyes Turkish Restaurant on Saturday night.

A resident in the unit above had to jump out of the window onto the awning, after a police officer ran upstairs to wake him up.

A security guard from the neighbouring Chemist Warehouse got the man down safely, before he was taken to hospital.

Owner Eren Saracoglu was treated for smoke inhalation but was more upset at the damage to the restaurant.

"I've been running it for the last five years, so yeah it is a bit devastating." 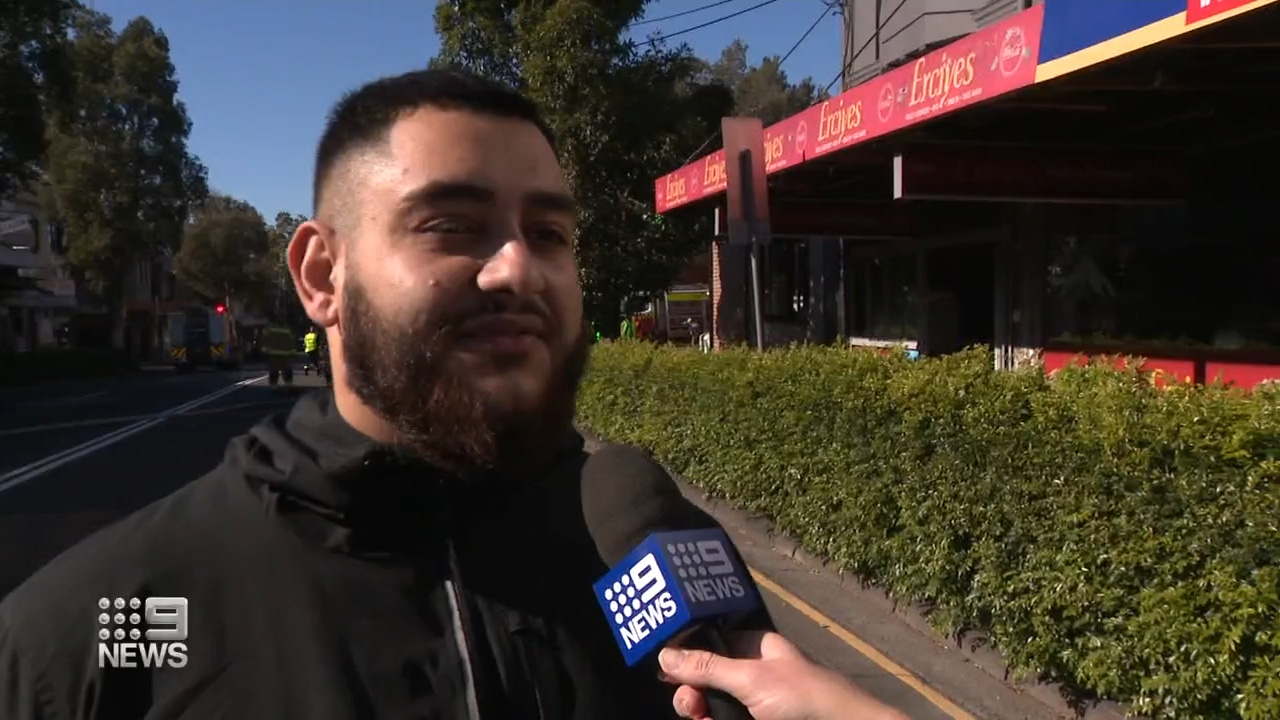 The fire caused thousands of dollars worth of damage.

"Being asleep on Sunday morning, great day for a sleep in, but it's very hard to wake up if the smoke alarms not doing the job for you," Paul Sharratt from NSW Fire and Rescue, said.