A key mystery surrounding the Earth's deadliest extinction event has been resolved.

The end-Permian mass extinction event, also known as the Great Dying, unfurled across the planet more than 250 million years ago.

The mass extinction was driven by extreme, rapid global warming.

It saw more than 80 per cent of marine species die out, along with 70 per cent of terrestrial vertebrates, and the vast majority of the world's insect species.

However, scientists have long been baffled by the planet's lengthy recovery from the event.

Global temperatures stayed lethally hot and ecosystems depleted for more than five million years – a much longer timespan than any other mass extinction event.

Now, New Zealand scientists believe they may have the answer. 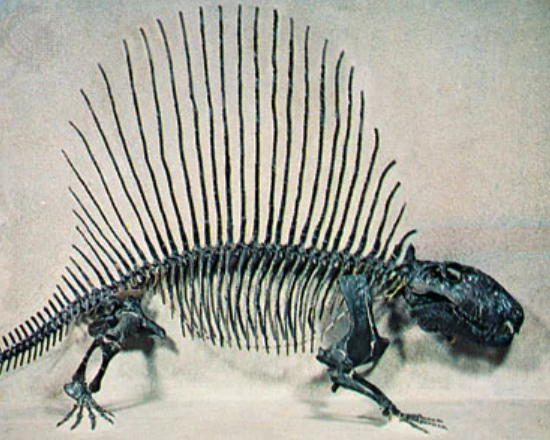 Researchers Terry Ission and Sofia Rauzi from the University of Waikito have suggested in a new paper that the decline of a single type of organism amid the Great Dying prolonged the planet's recovery.

The death of silica secreting organisms in the oceans could have kept the world overheated.

Clay minerals form in the oceans and in the process releases carbon dioxide (CO2).

These minerals are fundamentally made up of silica and so cannot form without it.

Silica secreting organisms compete for this silica, meaning that a healthy siliceous ecosystem that uses large amounts of silica will act to lower the amount of CO2 released from clay mineral formation.

It is well established that there was widespread loss of silica-secreting organisms in the oceans during the end-Permian mass extinction event, and that these organisms did not recover for five million years.

The research, published by the journal Nature Communications, showed using a carbon cycle model and also mineralogical analysis, that this would have led to increased CO2 release into the atmosphere, keeping temperatures on Earth high for a prolonged period of time.