The US Navy today released footage from a series of mysterious drone swarm incidents around its warships.

The five videos follow the release of Pentagon documents to US media outlet The Drive about the unidentified flying objects, or UFOs, that occurred in 2019 near naval ships off the coast of California.

Among the videos, two were taken from the destroyer USS Russell. The warship has been of particular interest due to leaked videos of the incident released last year.

The triangular appearance of the objects in the videos triggered speculation that they were "flying pyramid" UFOs due to their shape.

Pentagon officials have determined they were drones, or unmanned aerial vehicles (UAV) but their origin remains unknown.

During a US congressional hearing last month about unidentified aerial phenomena, Deputy Director for Naval Intelligence Scott Bray said that "the triangular appearance is a result of light passing through the night vision goggles, and then being recorded by an SLR camera."

In one of the videos, taken during an incident on July 19, 2019 from the USS Russell, a sailor describes the encounter with the mysterious drones.

"We have visual of four probable unidentified drones, with course unknown and speed unknown," he said.

"Contacts are operating at a range of a thousand yards, and holding. Tail numbers are unknown." 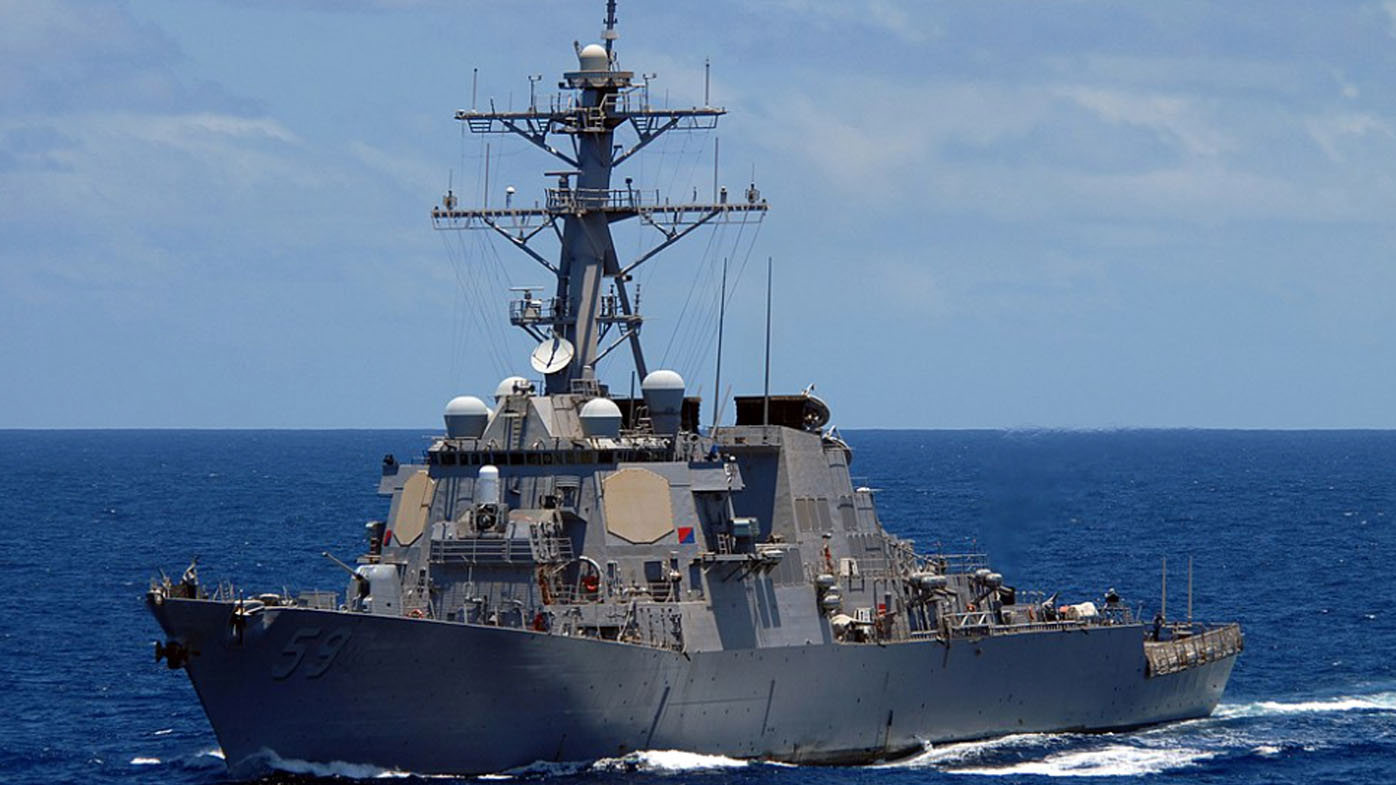 One of the other videos released by the Pentagon was taken from the destroyer USS Paul Hamilton.

It showed footage of the Bass Strait, a Hong Kong-flagged bulk carrier.

Documents released earlier by the US military showed the Navy believed that the Bass Strait was "likely using UAVs to conduct surveillance on US Naval Forces".

US politicians from both parties say UFOs, are a national security concern.

Sightings of what appear to be aircraft flying without discernible means of propulsion have been reported near military bases and coastlines, raising the prospect that witnesses have spotted undiscovered or secret Chinese or Russian technology.

An interim report released by US intelligence officials last year counted 144 sightings of aircraft or other devices apparently flying at mysterious speeds or trajectories. In all but one of the sightings investigated, there was too little information for investigators to even broadly characterise the nature of the incident.