Earlier in the week Perrottet apologised for wearing the costume and has since faced a barrage of criticism, while insisting his job is safe.

Speaking on the Central Coast today, Minns broke his silence on the issue, which he said "came out of left field".

"I didn't know about it specifically, there were media reports about a photo to do with someone in the Liberal party specifically, I have to say I was made aware of that but the specifics of it I had no idea," Minns said.

"I think it was massive mistake and a huge error on his part and I think he has acknowledged that but that's important.

"I thought the apology was sincere and I don't think it will effect the election on March 25."

He said he was not calling for Perrottet to resign.

"I didn't know him when he was 21 years old so it is difficult for me to speculate on what he was or was not like during that period of time." 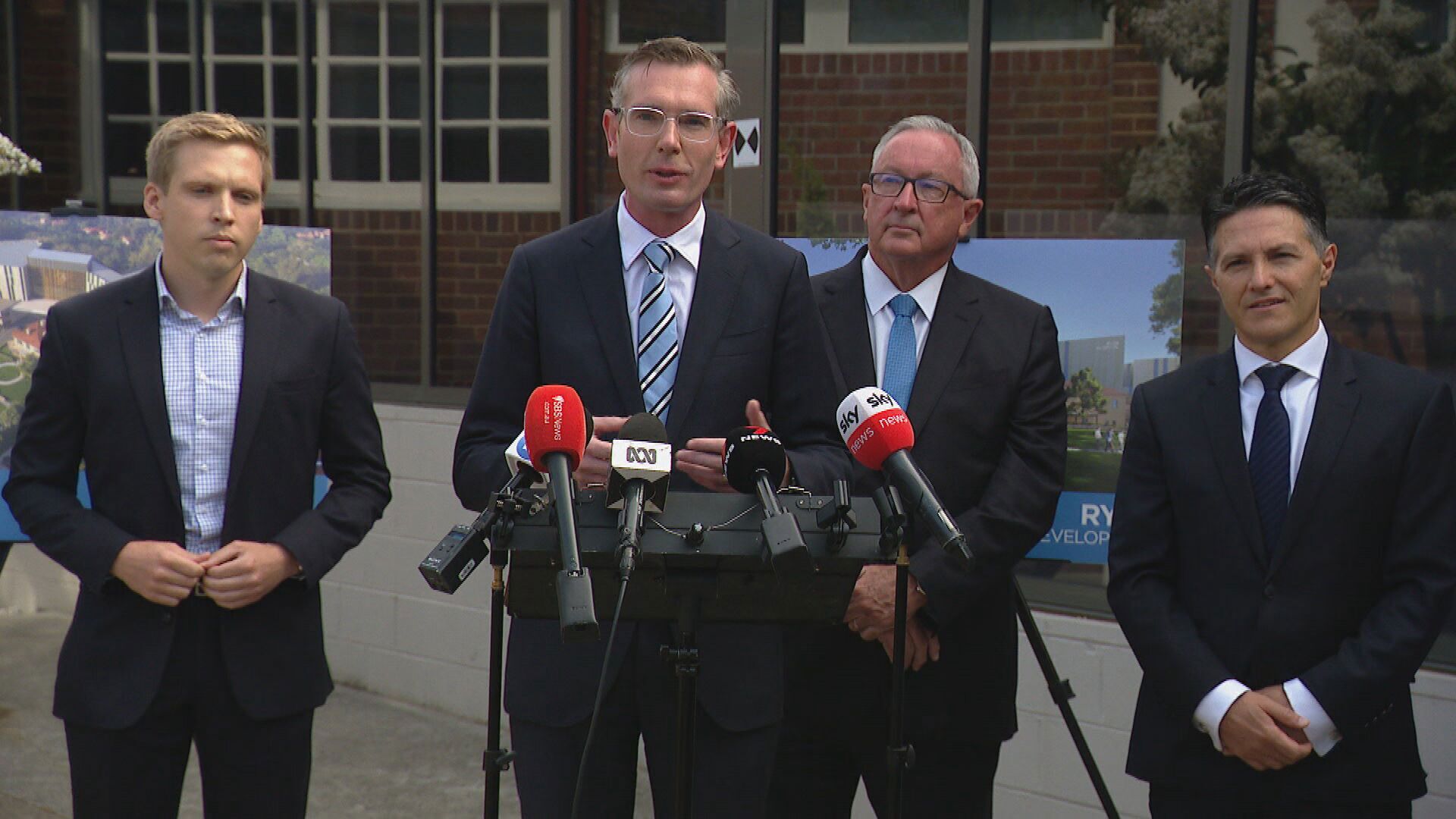 Yesterday Perrottet declined to reveal what was said or who made the call, but stressed he was "deeply ashamed" about the revelation.

He said it was important he had admitted wearing the uniform at the party and he hoped "some good would come of it".

"What is important here, as I said yesterday, was that I did it. It was a terrible mistake that I made and, as I said, I am incredibly sorry for the hurt﻿," he said.

"My hope is that some good can come from that terrible mistake I made years ago and hopefully it will lead to young people never making the same mistake that I did.

"That is what I am focused on."

Federal MP Alex Hawke, who is a long-time friend of Perrottet, believes the premier did the right thing in apologising.