A Melbourne mini-golf boss has come out swinging against an employee she claims spent most of his shift looking at his phone.

Speaking exclusively to 9News, Stephanie Doyle, who runs Birdie's Mini Golf in Forest Hill, has defended her decision to dock one of her worker's pay by almost $300.

"I expect my staff to work – I don't expect them to come to work and take advantage of me," she told 9News.

Doyle said the casual employee was glued to his phone during his shift despite repeated warnings in the past.

"He pulled up a stool at one point behind the bar and sat on a stool and there are no stools behind my bar, stools are for customers," she claimed.

"I challenge any other business who would want to pay someone $600 for a day's shift – for them to sit around and chat to their friends and watch Netflix."

Doyle said she expected workers to clean if they were not engaging with customers.

The worker shared his docked payslip online, leading to a wave of abuse against Doyle and her business.

"I've received death threats, Google reviews have all been left as one star," she said 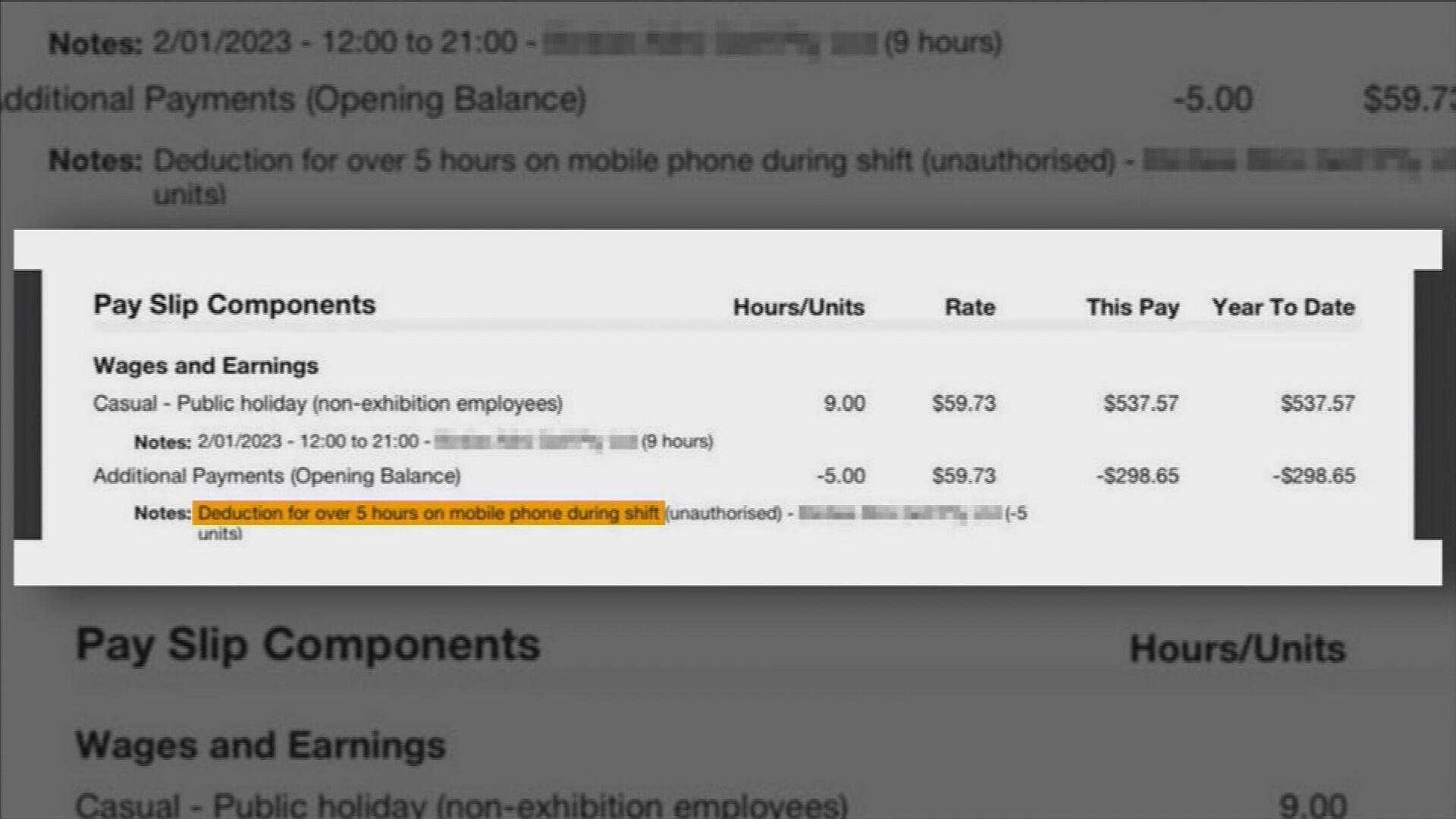 The worker then quit, telling 9News he wants his old boss to pay him the $300, rather than pursue a claim with Fair Work Australia.

Slater and Gordon employment lawyer Daniel Stojanoski has told 9News: "It is illegal to dock an employees pay in such circumstances".

Doyle said she had "no problem" if the worker took her to Fair Work Australia.

Meanwhile she is looking for a new employee

"There's plenty of people out there in the job market at the moment who would love a job at the moment that actually want to work."

US man arrested after video showed toddler playing with handgun

$1M reward put up over mystery murder of Melbourne grandmother