The Duke and Duchess of Sussex have accused Jeremy Clarkson of "spreading hate rhetoric" after the former Top Gear presenter shared a detailed public apology over his controversial column in a UK tabloid.

Clarkson wrote he "hated" Meghan Markle and dreamed of her being "made to parade naked" while "crowds chant 'shame!' and throw lumps of excrement at her" – a Game of Thrones reference – in the article, which was published in the UK newspaper The Sun in December and later retracted﻿.

He issued a lengthy apology for the article on Instagram on Monday night, saying he wrote the article in a hurry and later could not believe what he had written.

READ MORE: ﻿London cop admits to dozens of offences, including 24 cases of rape

"I really am sorry. All the way from the balls of my feet to the follicles on my head. This is me putting my hands up," he wrote.

Clarkson claimed he had forgotten to mention he had been thinking of a scene in Game of Thrones, inadvertently causing him to appear like he was inciting violence.

"I was very angry with myself… I'm just not sexist and I abhor violence against women," Clarkson wrote.

"And yet I seemed to be advocating just that. I was mortified."

His apology claimed he had emailed Prince Harry and Meghan and everyone he works with to apologise for his words.

Hours after the Instagram post was made, a spokesperson for the couple issued a statement claiming Clarkson had only apologised to Harry.

"On December 25, 2022, Mr Clarkson wrote solely to Prince Harry, the Duke of Sussex. The contents of his correspondence were marked Private and Confidential," the statement reads.

"While a new public apology has been issued today by Mr Clarkson, what remains to be addressed is his long-standing pattern of writing articles that spread hate rhetoric, dangerous conspiracy theories, and misogyny.

"Unless each of his other pieces were also written 'in a hurry', as he states, it is clear that this is not an isolated incident shared in haste, but rather a series of articles shared in hate." 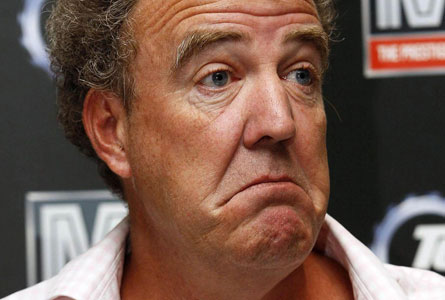 More than ﻿25,000 complaints were sent to The Sun over Clarkson's article, while more than 60 British MPs demanded action be taken﻿ over the piece.

Clarkson's long apology has come as Amazon reportedly cuts ties with him by not planning to continue streaming his two shows, The Grand Tour and Clarkson's Farm, after the commissioned period.

In the apology, Clarkson said ITV and Amazon, his employers, "were incandescent" after the piece was published.﻿

At the time the article was retracted, Clarkson took to Twitter to ﻿express his regret for his words.

"I'm horrified to have caused so much hurt," he wrote.﻿

Harry and Meghan said on Christmas Eve the tabloid had not been in touch with them directly, calling the newspaper's apology statement "nothing more than a PR stunt".