Elizabeth Arthur, Unit Supervisor at Taronga Wildlife Hospital in Sydney, picked up a huge specimen jar packed to the brim with shredded pieces of plastic.

Inside each cylindrical vessel is a grim reminder of a crisis gripping the natural world.

READ MORE: ﻿'Quite alarming': Why our oceans could soon look very different

"﻿Look at this one, this green sea turtle probably didn't make it," Arthur said, holding up the largest jar.

"Every single jar you see contains plastic, microplastic, ﻿or fishing gear, pulled from inside an animal that came into our care.

"Normally it's a marine creature, but not always."

The comments came as 9news.com.au went behind the scenes to learn more about what goes into treating wild animals – and to meet some patients.

Currently in care at the facility, in Mosman on Sydney's leafy north shore, are two green sea turtles, an eastern ﻿long-neck turtle, an echidna, a little penguin, an osprey and a white-bellied sea eagle.

"It's actually been pretty quiet the last week or so, after a very busy month," Arthur said, walking through the cream and white halls.

"That's a good thing though, right?

"Most of the animals have been moved into rehab, and are building up condition.

"﻿But with that said, every animal we're about to meet, apart from maybe the penguin, has had a run-in with humans." 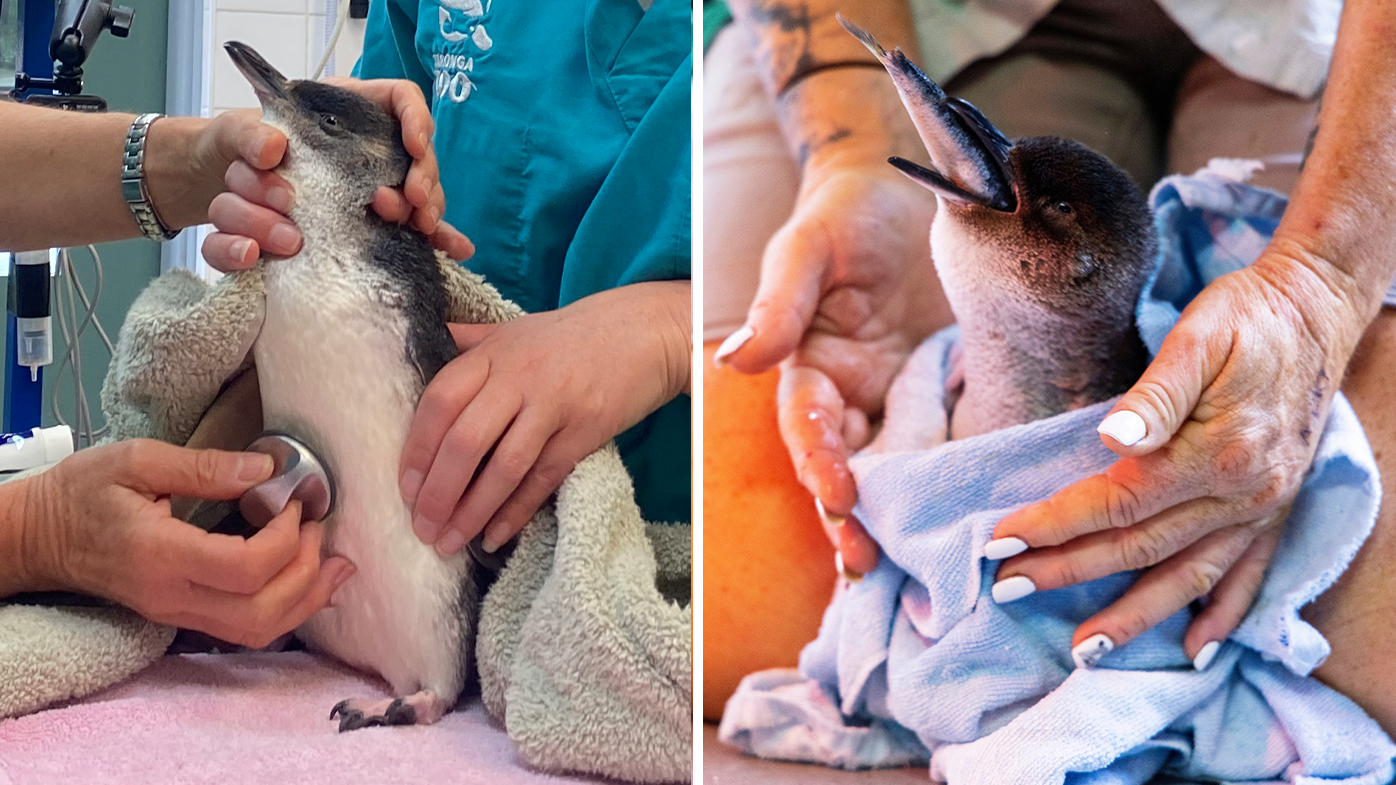 A rustle in a large, round tub alerts us to the fact we've reached our first patient.

The echidna was found in Sydney bushland with an injured claw, believed to be caused by a motor vehicle and several tics.

While it's on the road to recovery, it's not yet known if the monotreme will ever be released back into the wild﻿. 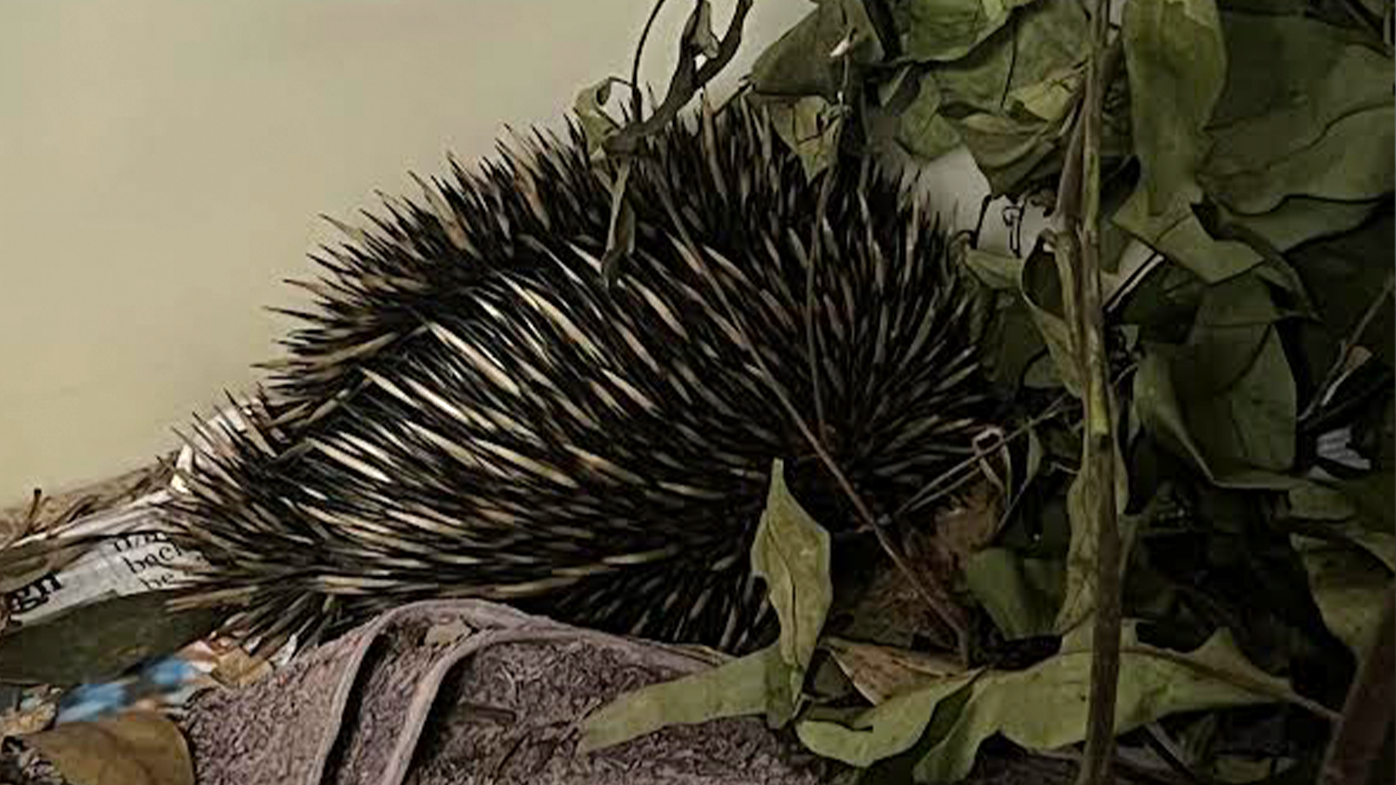 The team must first determine if it can dig and find food.

"Echidnas tend to do well in captivity though, even adults, so if he doesn't recover completely he may enter an education or conservation-breeding program, but our main aim is to get them back into the wild," Arthur said.

We then passed down a hall lined with towels and rags and came to the next patient on the rounds.

READ MORE: What to do if you encounter a deadly snake, spider or jellyfish﻿ 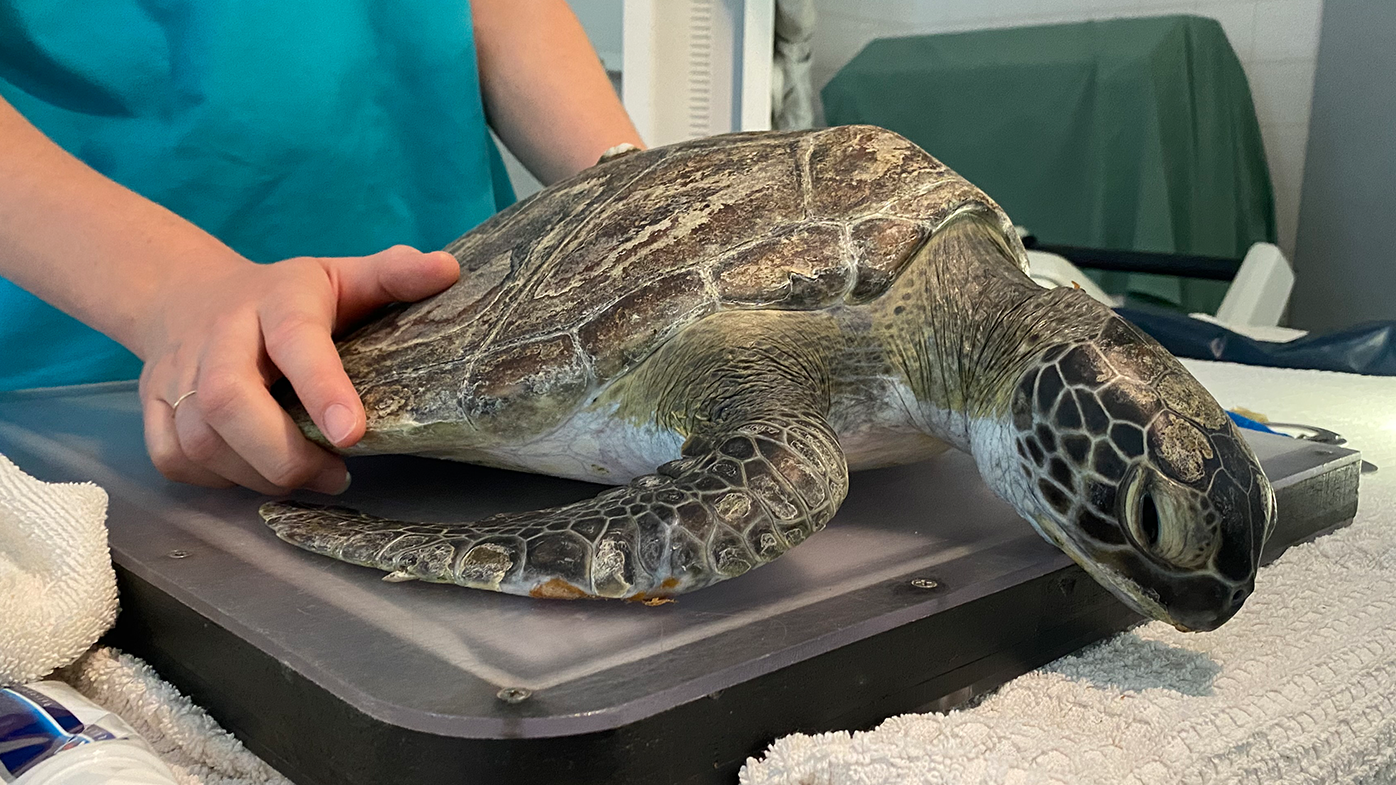 "This one has a long road to recovery," Arthur said.

"﻿It wasn't in a good way when it was found, you can tell by the amount of barnacles on it. 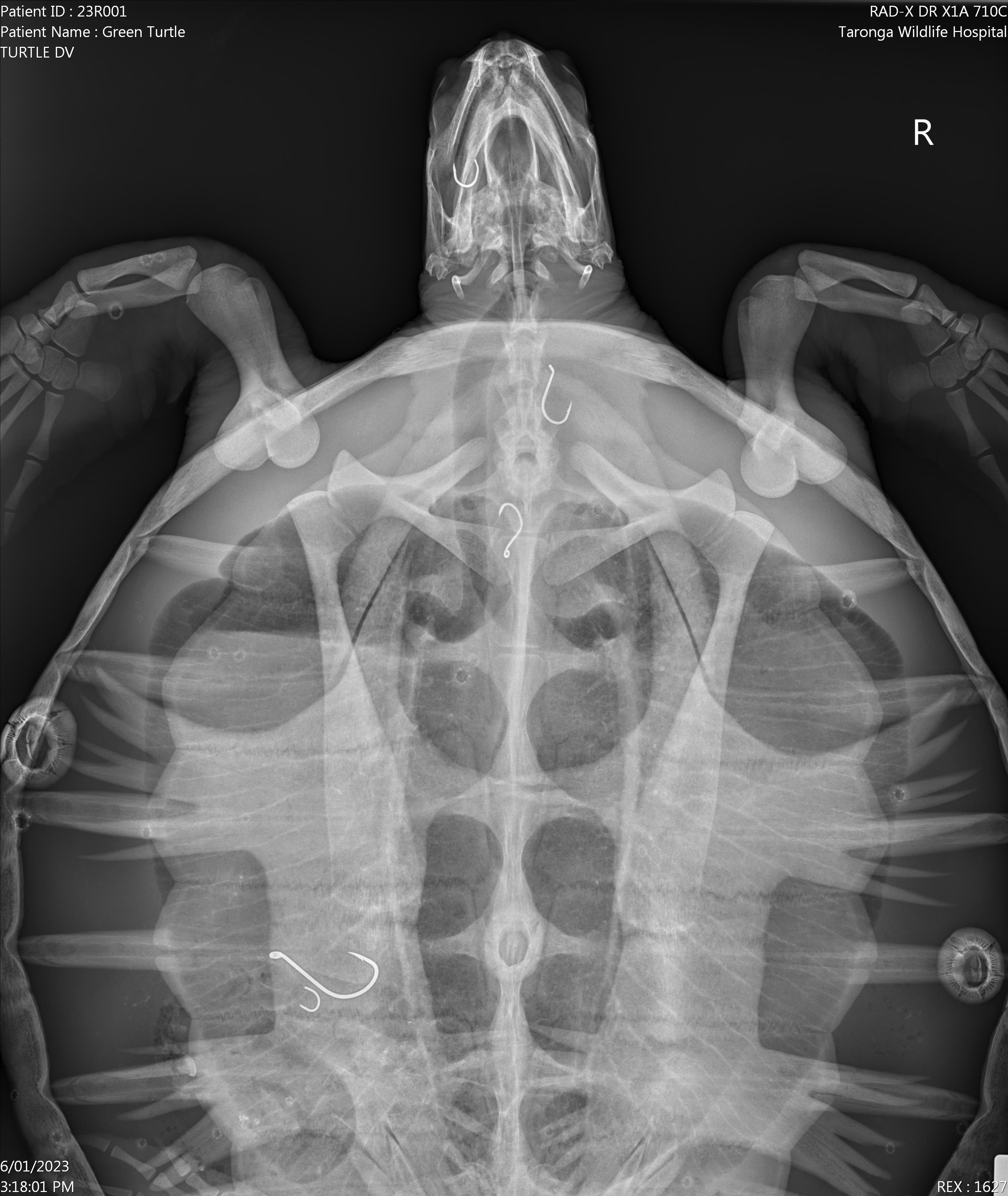 "We've removed four of the five hooks – we need to do an endoscope to see where the other one is".

An eastern long-necked turtle housed in a nearby room suffered a similar fate; it was found around Blacktown with a fishing line dangling out its mouth.

The hook ﻿and the line has been removed and this particular turtle is recovering well.

The liveliest patient of the bunch came in the form of a large white-bellied sea eagle that had been injured after a boat clipped its wing near Newcastle.

Witnesses saw the bird attempt to fly after the hit, but it twice fell onto rocks.﻿

Inside the cage, the bird or prey ran along a large padded branch, erected as a perch, and flapped its injured wing. 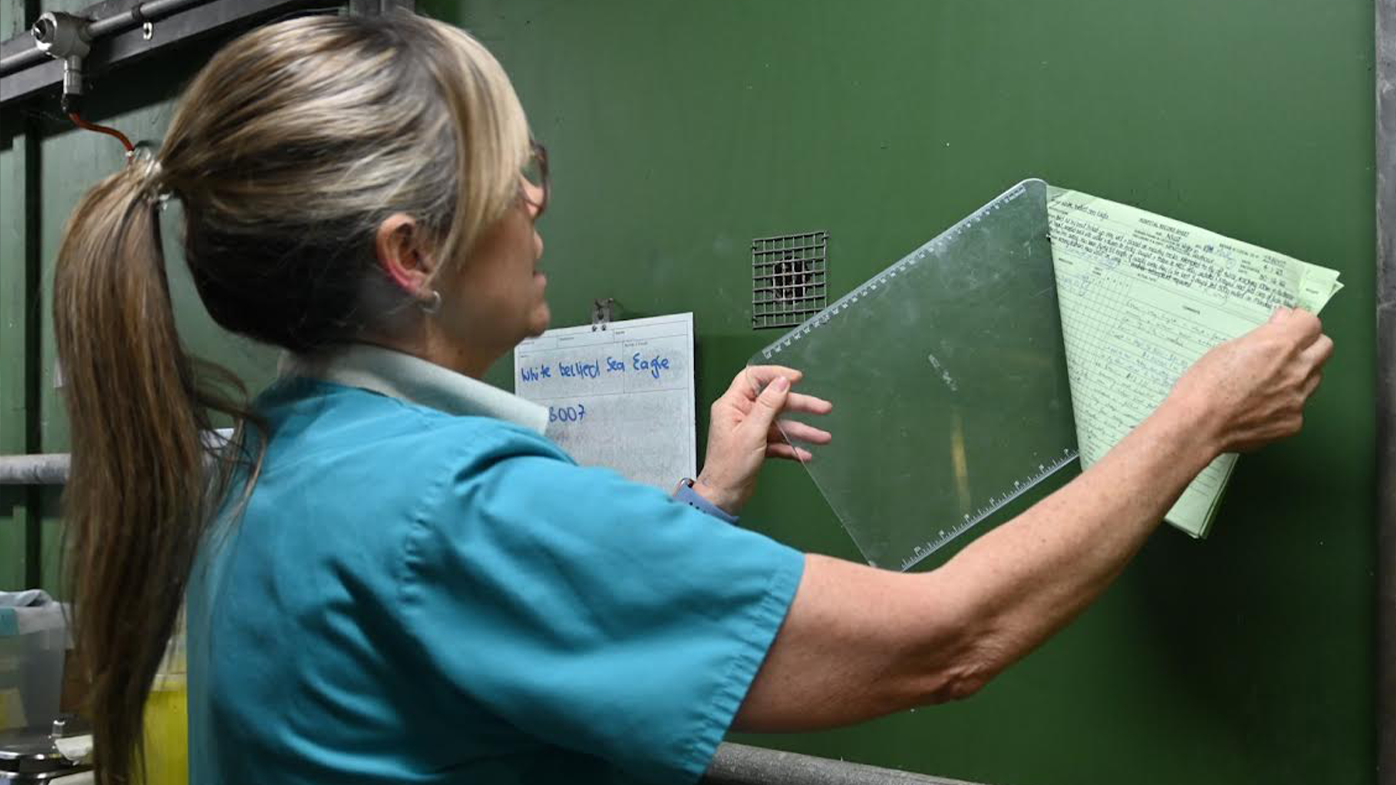 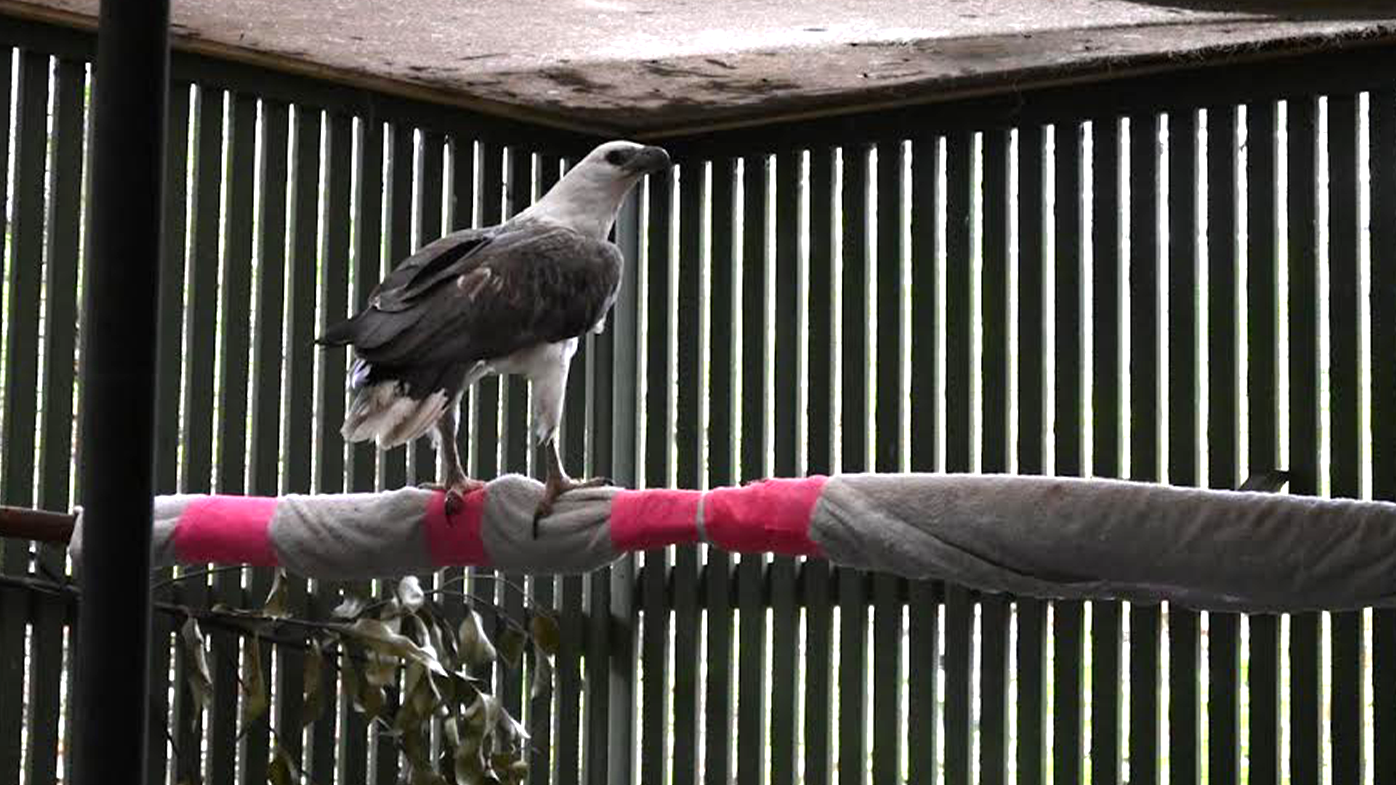 "The towelling helps protect its feet as when it was brought in, it had abrasions on it feet, and we want to protect it from further damage," Arthur says.

She explained other seabirds such as penguins and albatross can develop a condition called "bumble foot". The birds have soft feet, and can develop pressure sores, which is why some enclosures have soft, spongy floors.

Arthur also pointed out the PVC plastic slats on the windows – installed to prevent wing injuries – and the mesh netted ceiling.

"That stops the birds from scalping themselves if they fly up," she said.

"We're not sure how this sea eagle will fare yet, we hope its wing feathers will ﻿grow back." 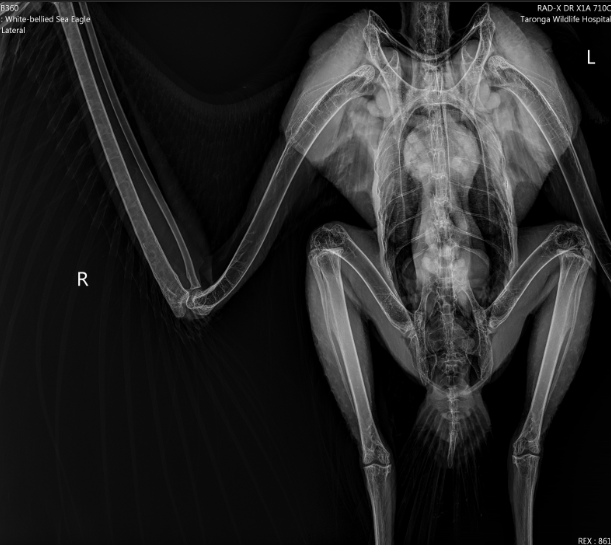 In the enclosure opposite was another seabird of prey; an osprey.

The bird was found at a sewage treatment plant in Kincumber, on the Central Coast, trapped in a skimmer box where oil is collected.

"We've washed this one countless times," Arthur said, explaining the bird also has a long way to go as it needs to start preening itself.

"We need to see whether it can waterproof itself.

"It has an oil gland at the bottom of its tail, otherwise when it dives the feathers will take on water and it will sink."﻿ 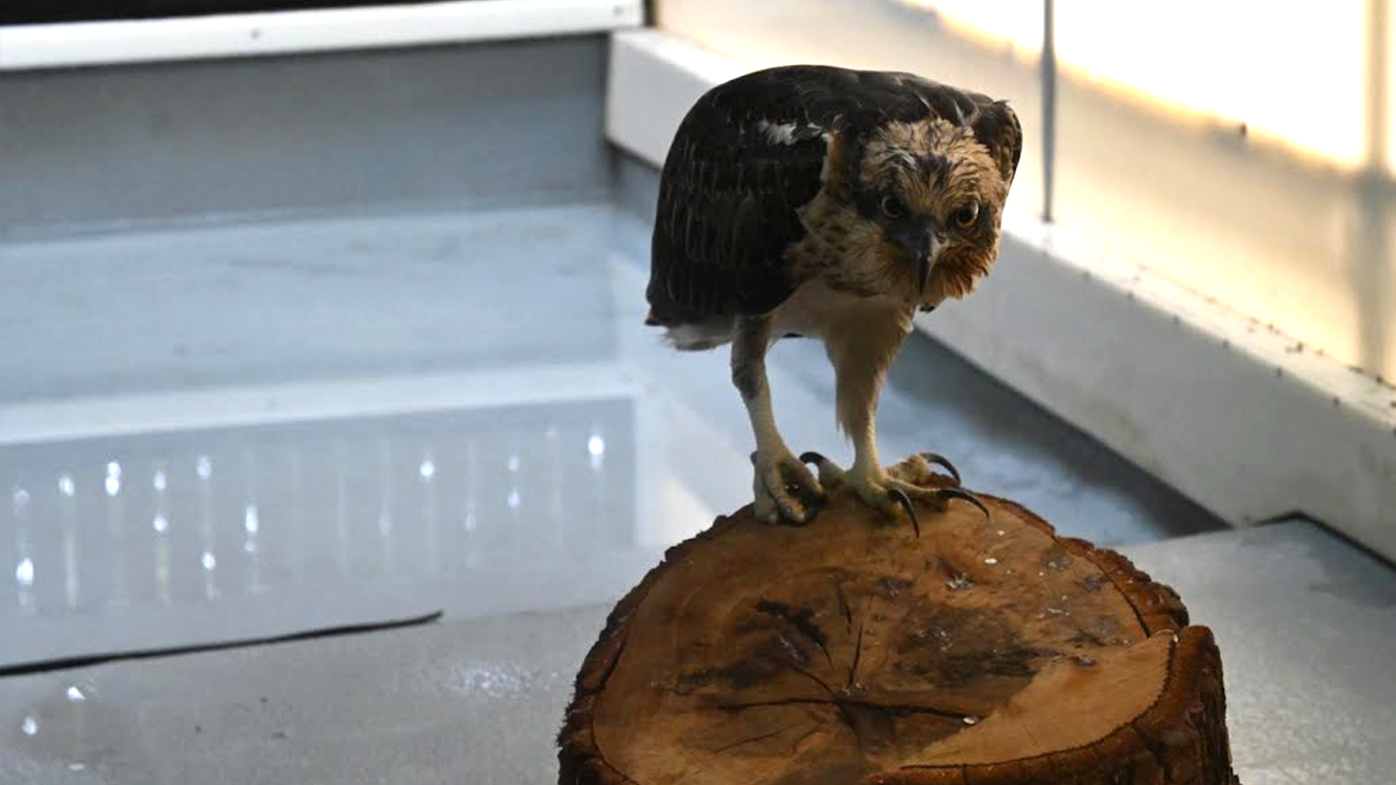 The two Taronga Wildlife Hospitals – the other is in Dubbo – treat more than 1500 sick, injured, or orphaned native animals each year.

Most animals are brought to the hospitals by members of the community, but sometimes Taronga is called in to help by NSW National Parks and Wildlife Service.

Together the two hospitals have released an estimated 50,000 animals back into the wild, after being opened in the 1970s.

But the facilities are no longer deemed "fit for purpose" and a $40 million upgrade is being deployed to improve the animals' care.

With a climate and extinction crisis looming the zoo is looking to break ground on a new Sydney facility in the hope of "future-proofing" Australia's unique fauna for generations to come. ﻿

The "world-class" facility is slated to open in 2025, and comes after a similar "state-of-the-art" hospital opened in Dubbo in December.

The Reptile and Amphibian Conservation Centre in Sydney will also see an upgrade. 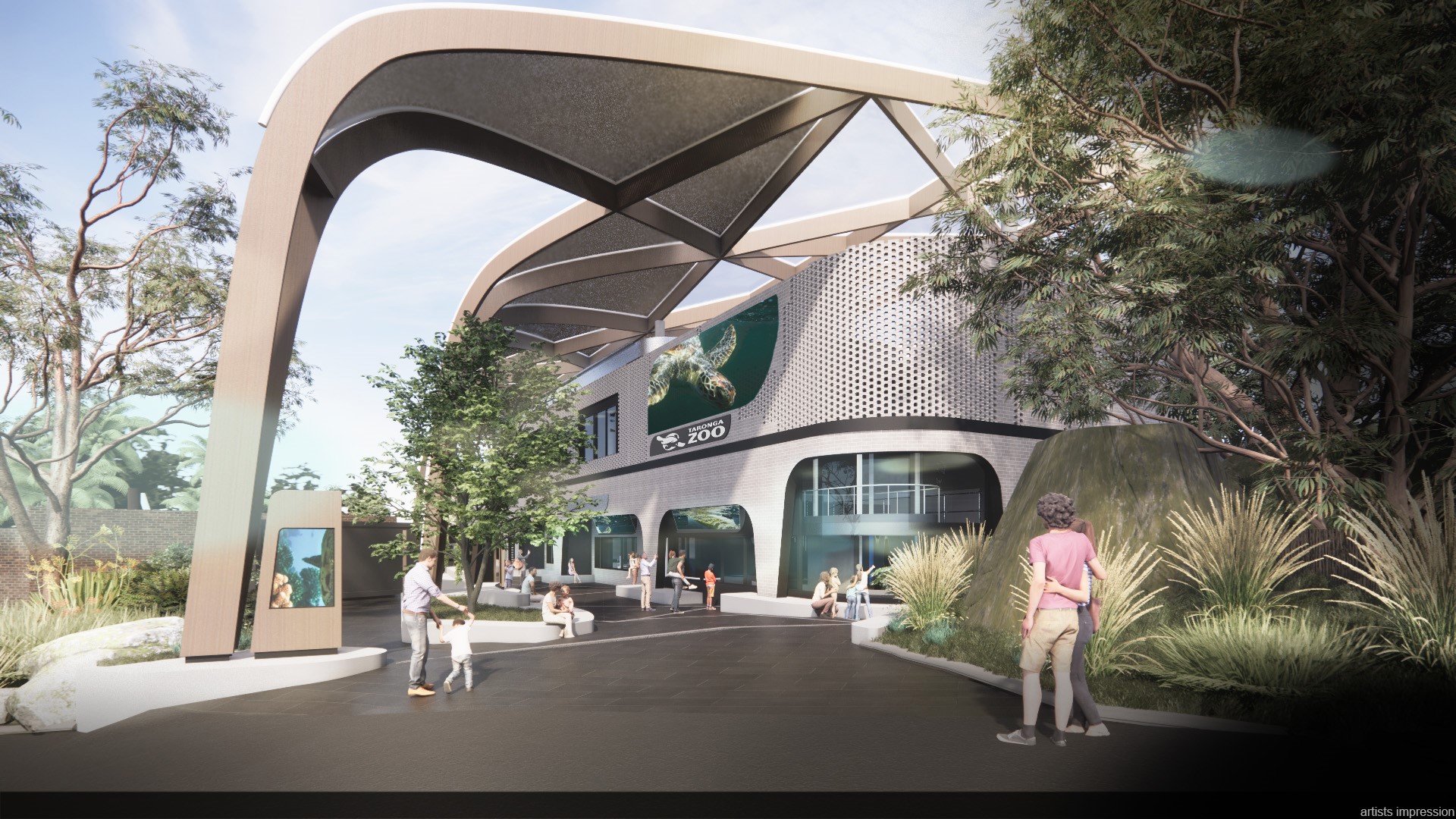 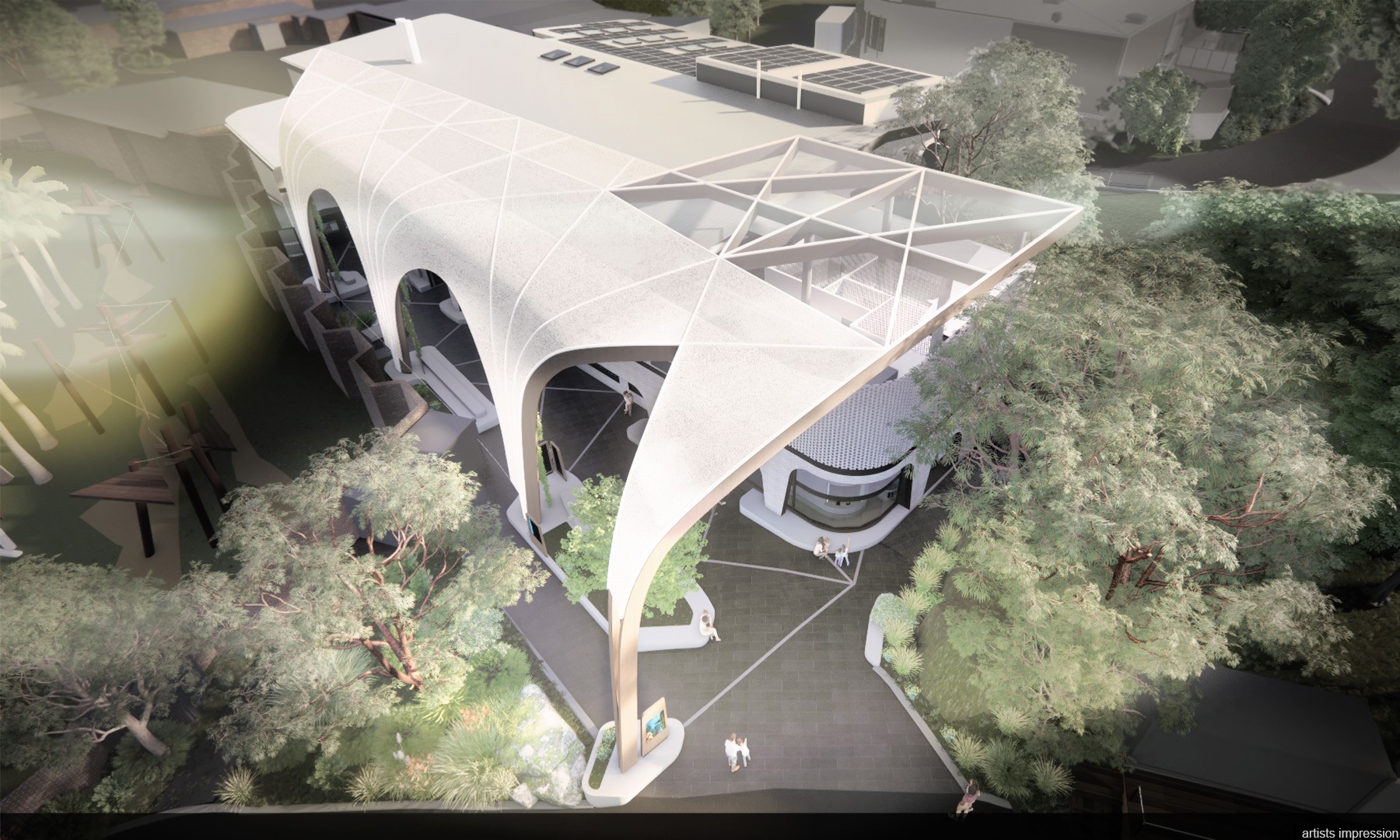 The new Taronga Wildlife Hospital in Sydney will increase the hospital's capacity to hold and care for injured wildlife by 400 per cent.

Both the Dubbo and Sydney site will also serve as "teaching" hospitals improving the response to wildlife emergencies, such as the Black Summer bushfires of 2019/2020, which is estimated to have killed﻿, displaced and injured three billion native animals.

'There's so much humans do that we don't realise'﻿

With a public holiday looming, Arthur said there are a couple of easy things citizens can do to minimise their impact, and ultimately reduce the number of wild patients across the two sites.

"There's so much we humans do, we don't realise," she said.

"These animals are only a few examples of that.

"People are trying to help, that's why we get called, but there's more to be done." 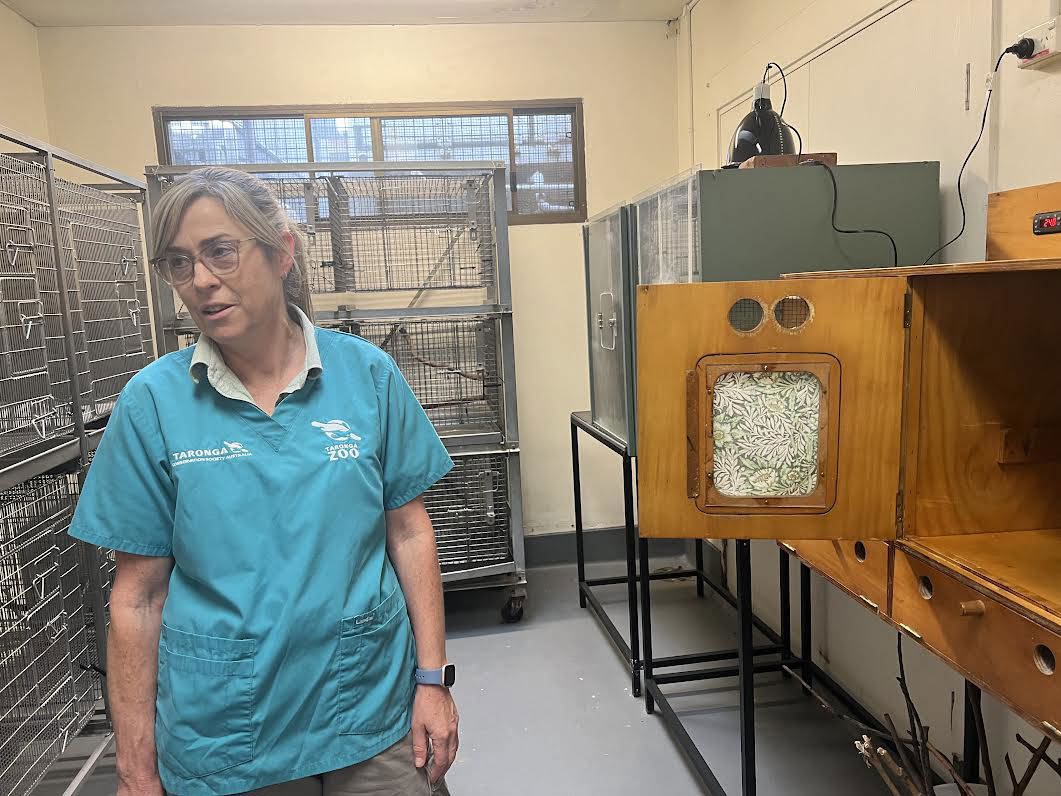 Arthur implores all beachgoers, and fishermen, to be mindful of what they leave behind.

"There's so much marine waste," she said.

"Always pick up rubbish, including fishing line, and take someone's else's rubbish too if you see it."

But the advice doesn't stop there.

"Keep dogs on leashes and cat owners should bring felines inside at night, they should always wear a bell," she said.

"On hot days put out a bowl of water for native animals, and always have a cardboard box, pillow slips and a towel handy in the boot of a car if driving through bushy areas.

"But whatever you do, don't pick up bats – leave that to the animal rescue groups."