COVID-19 testing and isolation rules across much of Australia have undergone a major overhaul aimed at reducing the pressure on overwhelmed testing clinics and businesses struggling with staff forced to quarantine.

Business leaders have welcomed the "gear change" — which began at midnight in NSW, Victoria, Queensland, South Australia and the ACT — but some medical experts have warned they could further spur the spread of the rampant Omicron variant, with serious impacts on hospitals.

The headline changes out of Thursday's National Cabinet meeting were a significant reduction to isolation periods, a new, standardised definition of "close contact" and a reduced reliance on PCR tests in favour of faster, cheaper rapid antigen tests.

READ MORE: Everything you need to know about new rules for isolation, close contacts

Close contacts are now "those who usually live with or who have stayed in the same household for more than four hours as a case during their infectious period".

Quarantine is also no longer required for casual contacts, who now only need to isolate if they develop symptoms and test positive on a rapid antigen test, which should then be confirmed with a PCR. Both changes are expected to reduce the number of people who need to isolate.

People who have test positive for COVID-19 with a PCR test can now go free from isolation after seven days — but only if they return a negative PCR or rapid antigen test (RAT) on the sixth day of their quarantine.

If their day six test is positive, that person's isolation period starts again, the Prime Minister's office confirmed to 9News on Thursday night.

The additional quarantine period means they would not be allowed to stop isolating until after at least 12 days, which may result in longer quarantine for some in NSW and Victoria, where the current duration is 10 days. 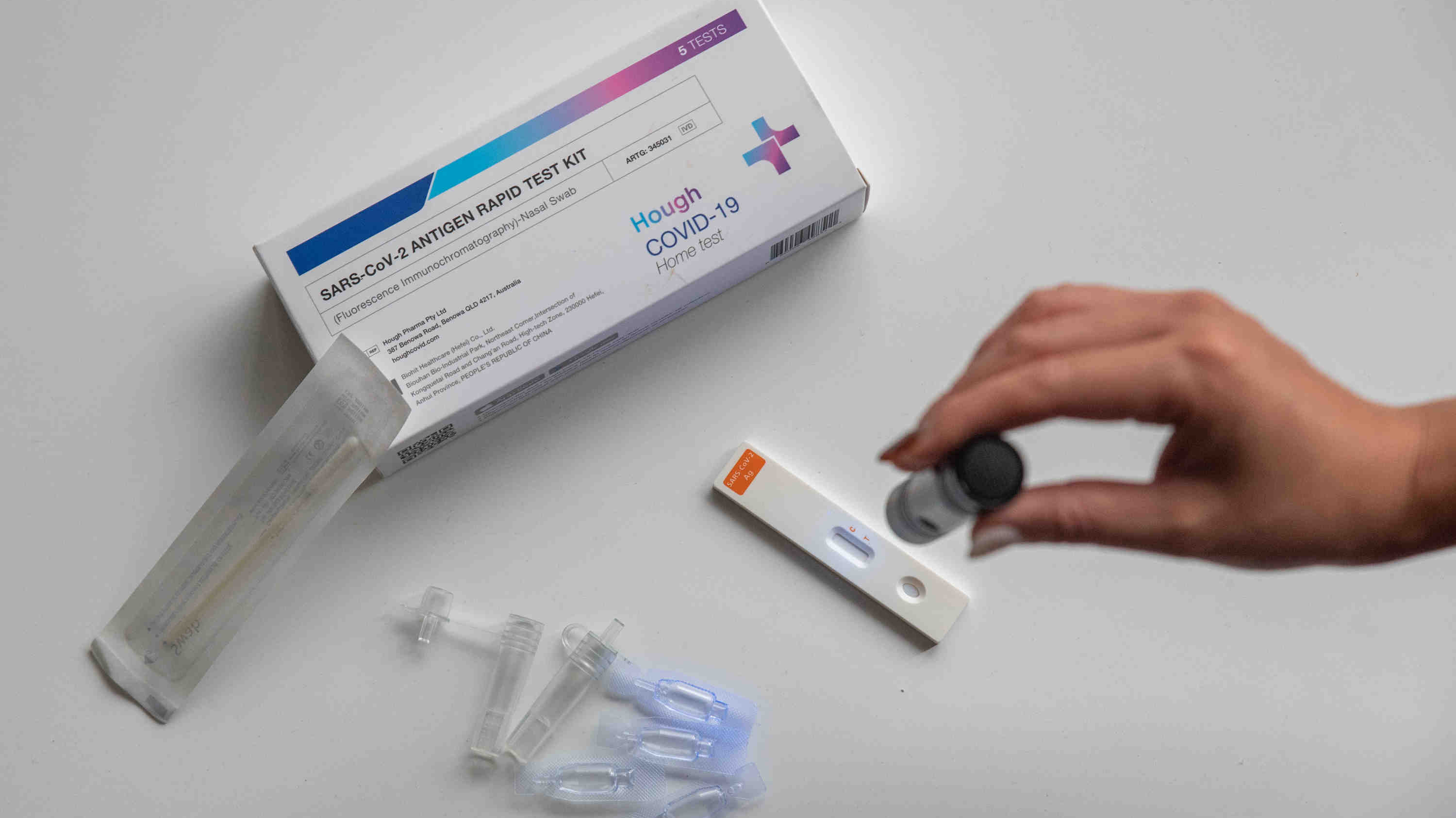 Prime Minister Scott Morrison said the decisions made by National Cabinet were a "gear change" and a "reset" after two years of the pandemic.

While admitting the new rules would result in an increase in cases, Mr Morrison said the changes were "practical" in the face of the Omicron "game changer".

"We are seeing that the severity of this illness, the impact, particularly on those who are in hospital, in the most extreme illness situations, is remaining relatively constant, and that's an experience we're seeing in other countries as well," he said.

"There are, though, the higher number of cases that we're seeing, and we will continue to see. That is the nature of Omicron. It replicates itself very, very quickly.

"That means we need to change who is a close contact, how they are isolated, and how their testing is managed." 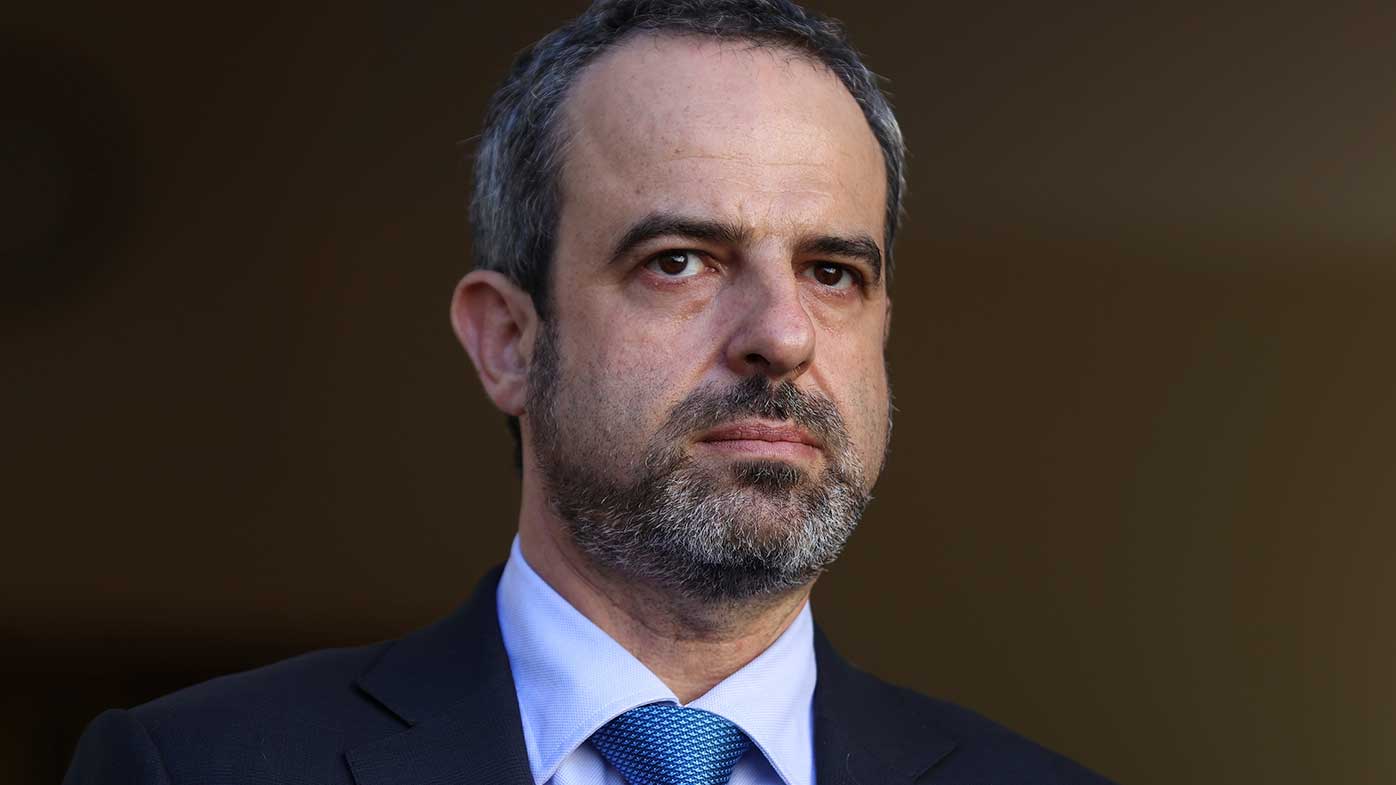 Business groups welcomed the shift but medical experts have raised concerns the changes will allow the Omicron variant to spread even faster and put more pressure on hospitals.

AMA President Dr Omar Khorshid said while initial data, which appear to show Omicron causing less severe disease than Delta, was encouraging, he expected hospitalisations to rise "simply due to the very large number of cases".

"We will miss so many more cases with this new, more narrow definition of a close contact," Dr Korshid said in a statement.

"Anyone catching Omicron in a restaurant or pub for example and who are asymptomatic won't know they're infected and could pass the virus on to more vulnerable people.

"The change will help to preserve testing capacity and should limit the number of furloughed health workers, but it will come at the cost of accelerating the outbreak.

"It seems National Cabinet is prepared to bet that a massive Omicron outbreak won't cause large numbers of hospitalisations."

The overhaul has been billed as a salve for businesses struggling with large numbers of staff isolating after coming in contact with a COVID-19 patient.

READ MORE: New COVID-19 cases in US soar to highest levels on record

Business Council of Australia executive director Jess Wilson welcomed the changes, saying the National Cabinet was "right to focus on managing the risk and letting people get on with their lives".

"This will help limit the economic damage and uncertainty created by the omicron variant, giving businesses and the community clarity about who will need to be isolated and under what circumstances people need to be tested," she said in a statement.

"This move will also help ensure supply chains are working, shelves are stocked and businesses can keep their doors open by taking a risk based approach to managing close contacts."

OzSAGE, an independent group of experts that has consistently argued for a more cautious approach to reopening, said the changes were based on reducing testing demand rather than "sound public health principles".

"Close contact definitions need to be based on risk," the group argued.

"Risk is related to the amount of exposure to virus-laden aerosols. Risk is not limited to arbitrary four-hour time frames within households.

"Settings like nightclubs and restaurants have been sites of superspreading events, and if people exposed in these settings cannot get a PCR test, spread will accelerate."

OzSAGE had warned NSW's reopening plan would "overwhelm" hospitals at Christmas based on expected transmission rates of the Delta variant through October and December.

The experts with experience across public health, epidemiology, economics and other areas said it was wrong to argue case numbers "do not matter".

"This is likely to overwhelm the health system, with regional services at particular risk." 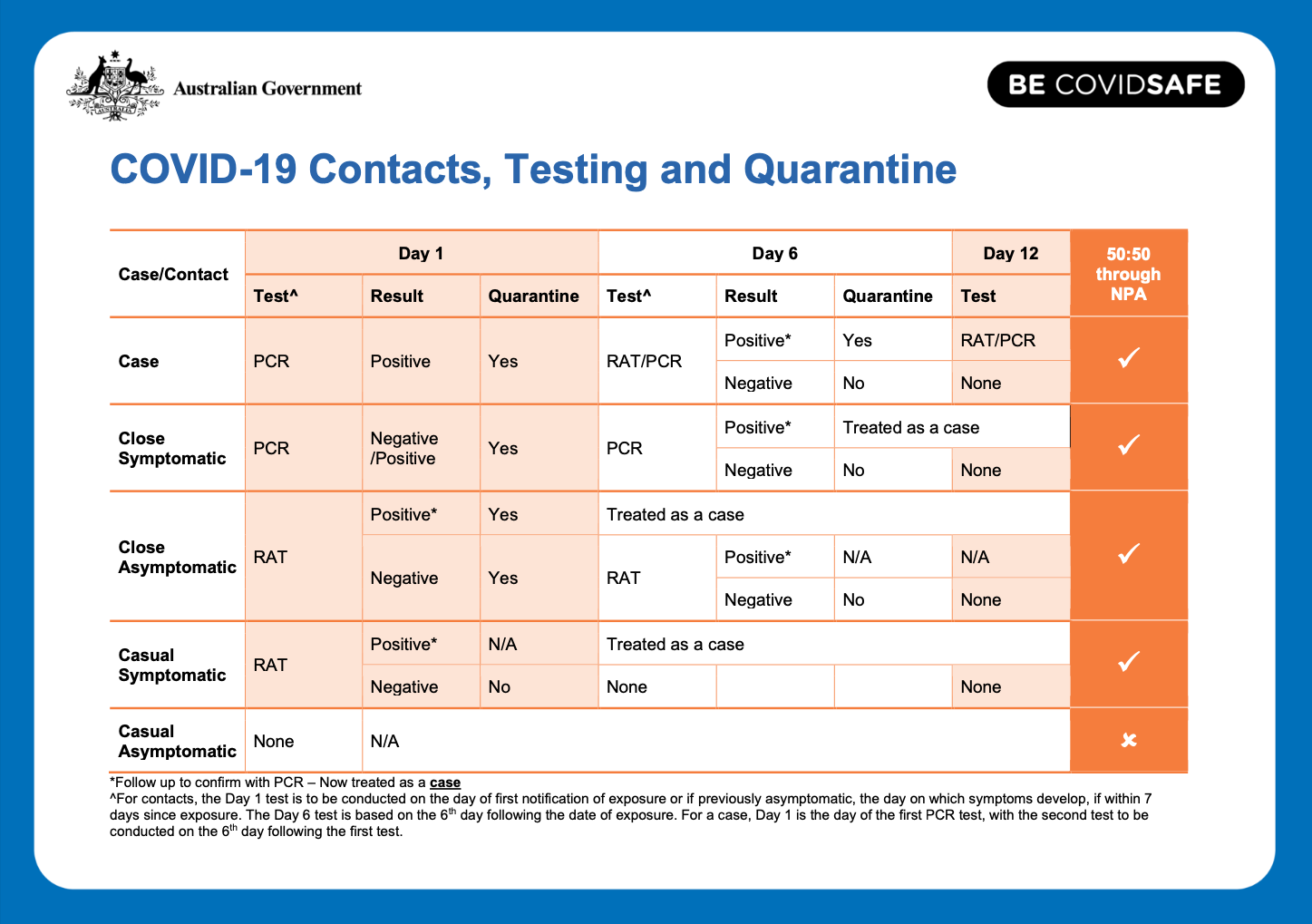 Push to use RATs over PCR tests

For the moment, although the number of COVID-19 patients in hospitals has been rising, it's much lower than for Delta peaks and it has been the testing clinics overwhelmed with demand.

National Cabinet has sought to restrict PCR tests to close symptomatic cases and people who have tested positive on a RAT.

"We need to protect our PCR testing for where the best bang for the buck is," Chief Medical Officer Paul Kelly said.

"We've seen over the last week an increase in that positivity rate, from around one per cent, which is what we've seen right throughout the pandemic, to almost five per cent and even higher in some states.

"That demonstrates to me that there are, we are not getting to the people that we need to get to, in terms of PCR testing, hence that risk-based approach for who we want to come forward for PCR testing."

Tasmania will introduce the new close contact definition from January 1 while the Northern Territory and Western Australia will confirm in a few days "how they will be moving to these new definitions".