For a long and frustrating third day, divided Republicans kept the speaker's chair of the US House sitting empty on Thursday, as party leader Kevin McCarthy failed again and again in an excruciating string of ballots to win enough GOP votes to seize the chamber's gavel.

Pressure was building as McCarthy lost seventh, eighth and then historic ninth, 10th and 11th rounds of voting, surpassing the number 100 years ago, in a prolonged fight to choose a speaker in a disputed election.

By nightfall, despite raucous protests from Democrats, Republicans voted to adjourn and return on Friday to try again.

With McCarthy's supporters and foes locked in a stalemate, the House could not formally open for the new session of Congress.

And feelings of boredom, desperation and annoyance seemed increasingly evident.

One McCarthy critic, Representative Matt Gaetz of Florida, cast votes for Donald Trump – a symbolic but pointed sign of the broad divisions over the Republican Party's future.

Then he went further, moving the day from protest toward the absurd in formally nominating the former president to be House speaker on the 11th ballot.

Trump got one vote, from Gaetz, drawing laughter.

As night fell before the second anniversary of the January 6, 2021, attack on the Capitol by Trump supporters trying to overturn Joe Biden's election, Democrats said it was time to get serious.

"This sacred House of Representatives needs a leader," said Democrat Joe Neguse of Colorado, nominating his own party's leader, Hakeem Jeffries, as speaker. 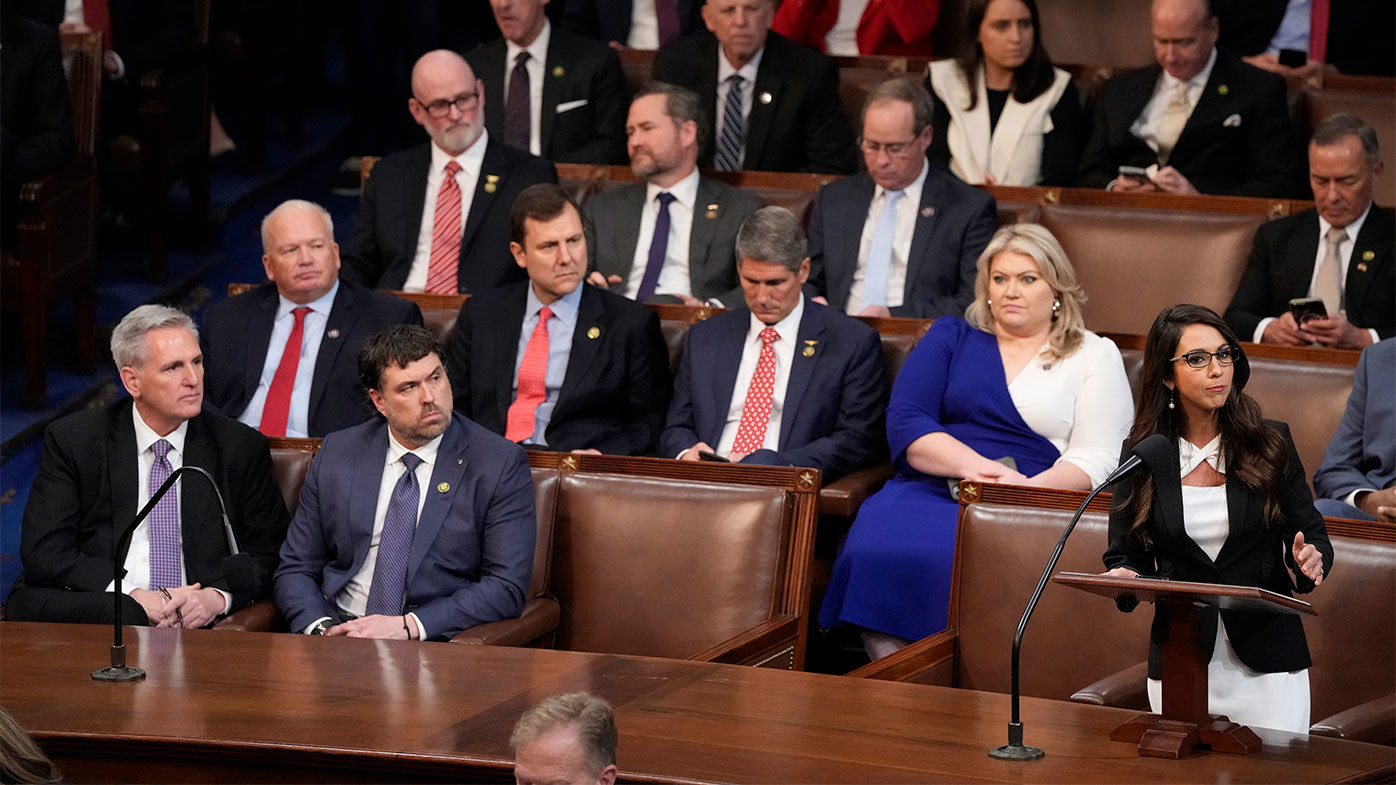 McCarthy could be seen talking, one on one, in whispered and animated conversations in the House chamber.

His emissaries sidled up to holdouts, and grueling negotiations proceeded in the GOP whip's office down the hall.

McCarthy remained determined to persuade Republicans to end the paralysing debate that has blighted his new GOP majority.

McCarthy's leadership team had presented a core group of the Republican holdouts with a deal on paper for rules changes in exchange for their support, said one of the opponents, conservative Republican Ralph Norman of South Carolina, as he exited a late-day meeting.

It included mandating 72 hours for bills to be posted before votes, among others, though details were scarce.

Lest hopes get ahead of reality, he added, "this is round one".

Holdouts led by the chamber's Freedom Caucus are seeking ways to shrink the power of the speaker's office and give rank-and-file lawmakers more influence — with seats on key committees and the ability to draft and amend bills in a more open process.

"We're having good discussions and I think everyone wants to find a solution," McCarthy told reporters hours earlier.

The House, which is one-half of Congress, is essentially at a standstill, unable to launch the new session, swear in elected members and conduct official business. 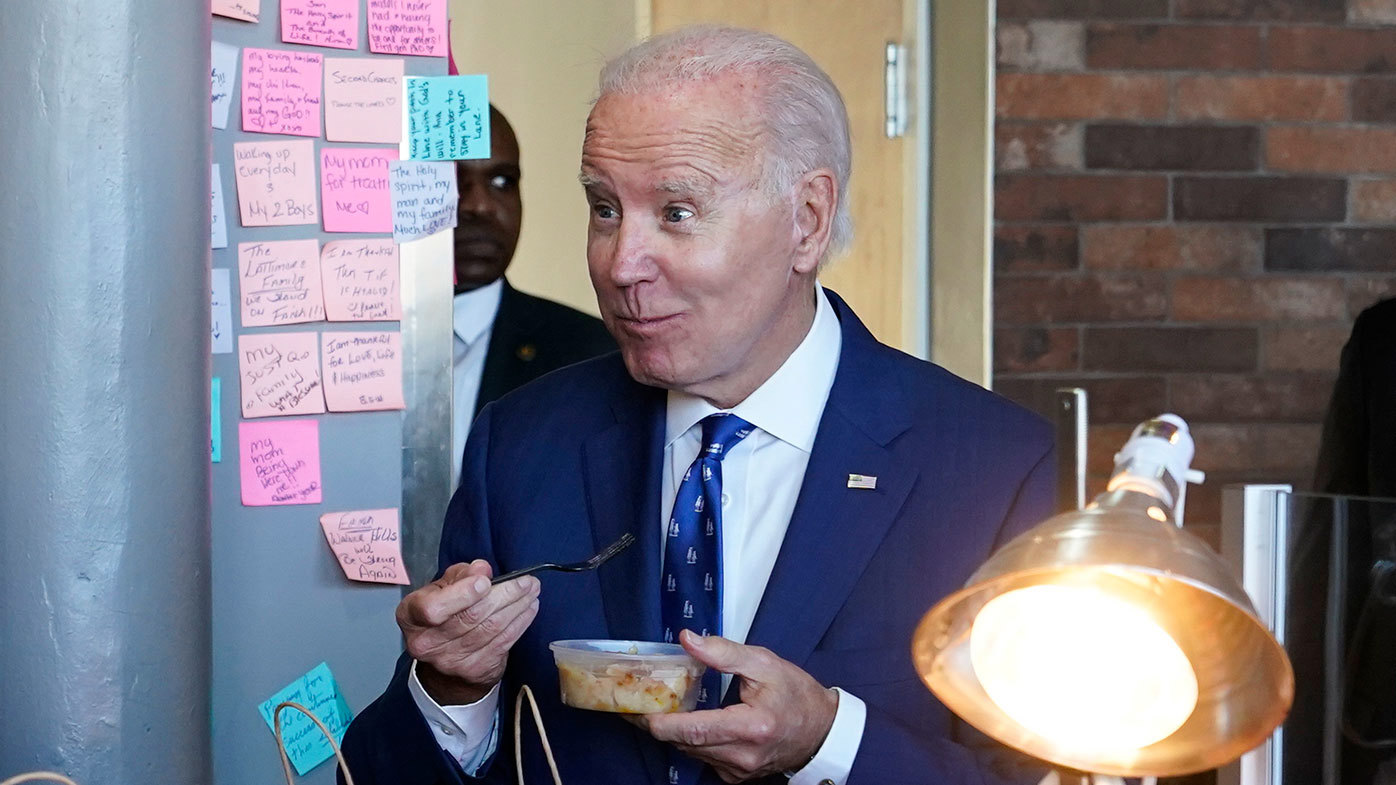 Yet, despite endless talks, signs of concessions and a public spectacle unlike any other in recent political memory, the path ahead remained highly uncertain.

What started as a political novelty – the first time since 1923 a nominee had not won the gavel on the first vote – has devolved into a bitter Republican Party feud and deepening potential crisis.

Jeffries of New York won the most votes on every ballot but also remained short of a majority.

McCarthy resisted under growing pressure to somehow find the votes he needed or step aside so the House could open fully and get on with the business of governing.

The incoming Republican chairmen of the House's Foreign Affairs, Armed Services and Intelligence committees all said national security was at risk.

"The Biden administration is going unchecked and there is no oversight of the White House," Republicans Michael McCaul, Mike Rogers and Mike Turner wrote in a joint statement.

"We cannot let personal politics place the safety and security of the United States at risk."

But McCarthy's right-flank detractors led by the Freedom Caucus and aligned with Trump, appeared emboldened by the standoff – even though the former president publicly backed McCarthy.

Representative Scott Perry, the representative for Pennsylvania, the leader of the Freedom Caucus and a leader of Trump's efforts to challenge the 2020 presidential election, asserted that McCarthy cannot be trusted, and tweeted his displeasure that negotiations over rule changes and other concessions were being made public.

"When confidences are betrayed and leaks are directed, it's even more difficult to trust," he tweeted.

Donalds, who is Black, is seen as an emerging party leader and a GOP counterpoint to the Democratic leader, Jeffries, who is the first Black leader of a major political party in the US Congress and on track himself to become speaker some day.

For the 10th it was newly elected Juan Ciscomani of Arizona, an immigrant from Mexico whose speech drew chants of "USA! USA!"

A new generation of conservative Republicans, many aligned with Trump's Make America Great Again agenda, want to upend business as usual in Washington and are committed to stopping McCarthy's rise without concessions to their priorities.

To win support, McCarthy has already agreed to many of the demands of his opponents.

One of the holdouts' key asks is to reinstate a rule that would allow a single lawmaker to seek a motion to vacate the chair – essentially to call a House vote to oust the speaker.

It's the same rule a previous era of tea party Republicans used to threaten the removal of GOP Speaker John Boehner, and McCarthy has resisted reinstating it.

But those opposing McCarthy do not all have the same complaints, and he may never be able to win over some of them. Several Republicans appear unwilling to ever vote for McCarthy. 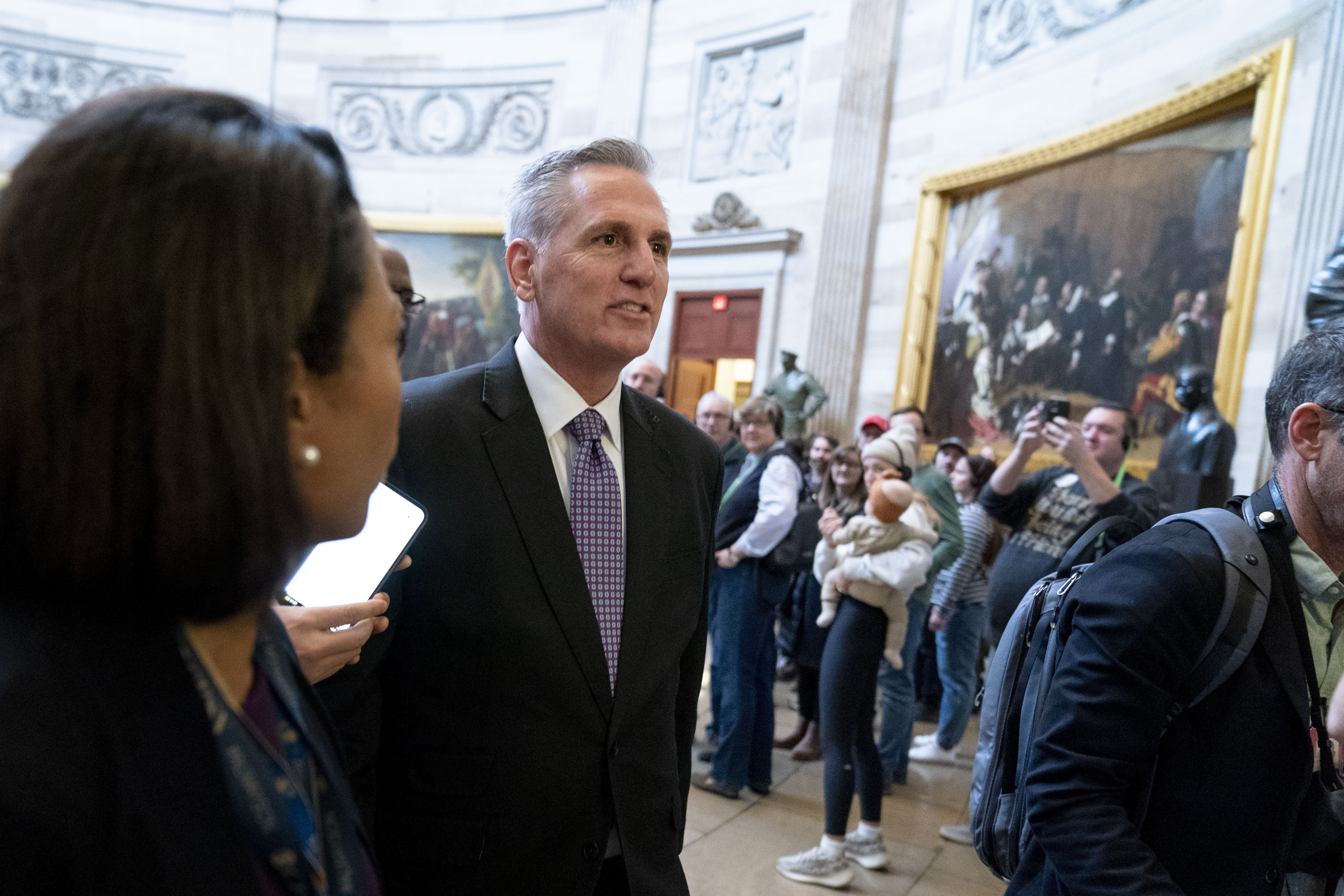 In fact, McCarthy saw his support slipping to 201, as one fellow Republican switched to vote simply present, and later to 200.

With just a 222-seat GOP majority, he could not spare votes.

Thursday was a third long day.

Ahead of the January 6 anniversary, a prolonged and divisive speaker's fight would underscore the fragility of American democracy after the attempted insurrection two years ago.

Colorado Republican Ken Buck sat out several votes after saying on Wednesday that he told McCarthy "he needs to figure out how to make a deal to move forward" or eventually step aside for someone else.

The disorganised start to the new Congress pointed to difficulties ahead with Republicans now in control of the House, much the way that some past Republican speakers, including John Boehner, had trouble leading a rebellious right flank.

The longest fight for the gavel started in late 1855 and dragged on for two months, with 133 ballots, during debates over slavery in the run-up to the Civil War.

Possible 18-month wait to determine cause of deadly chopper crash