A young man shot a Russian military officer at close range at an enlistment office on Monday, in an unusually bold attack reflecting resistance to the Russian leadership's efforts to mobilise hundreds of thousands of men to wage war on Ukraine.

The shooting comes after scattered arson attacks on enlistment offices and protests in Russian cities against the call-up that have resulted in at least 2000 arrests. Russia is seeking to bolster its military as its Ukraine offensive has bogged down and sapped its forces.

In the attack in the Siberian city of Ust-Ilimsk, 25-year-old local resident Ruslan Zinin walked into the enlistment office saying "no one will go to fight" and "we will all go home now", according to local media reports.

Zinin was arrested and officials vowed tough punishment. Local authorities said the military commandant was in intensive care, without elaborating. A witness quoted by local news site said Zinin was in a room of people called up to fight. Troops from his region were scheduled to head to military bases on Tuesday.

Concerns are growing that Russia may seek to escalate the conflict — including potentially using nuclear weapons — once it completes what Ukraine and the West see as illegal referendums in parts of Ukraine under its control.

The voting, in which residents are asked whether they want their regions to become part of Russia, began last week and ends Tuesday, in conditions that are anything but free or fair.

Thousands of residents had already fled the regions amid months of incessant fighting, and images shared by those who remained have showed armed Russian troops going door-to-door to pressure Ukrainians into casting a ballot.

"Every night and day there is inevitable shelling in the Donbas, under the roar of which people are forced to vote for Russian 'peace'," Donetsk regional governor Pavlo Kirilenko said Monday. Russia is widely expected to declare the results in its favour, a step that could see Moscow annex the territory and give it the pretext to defend it as its own territory under the Russian nuclear umbrella.

Kremlin spokesman Dmitry Peskov said on Monday that no date has been set for recognising the regions as part of Russia, but it could be a question of days.

Jake Sullivan, the US national security adviser, said Russia would pay a high, if unspecified, price if it made good on veiled threats to use nuclear weapons in the conflict.

"If Russia crosses this line, there will be catastrophic consequences for Russia. The United States will respond decisively," he told NBC's Meet the Press on Sunday.

On Monday, Russian Vladimir Putin and Belarusian counterpart Alexander Lukashenko held an unannounced meeting in the southern Russian city of Sochi and said they were ready to cooperate with the West — "if they treat us with respect", Putin said.

Turkish Foreign Minister Mevlut Cavusoglu said Monday that Putin had told Turkey's president during their meeting in Uzbekistan last week that Moscow was ready to resume negotiations with Ukraine but had "new conditions" for a cease-fire. The minister didn't elaborate on the conditions. 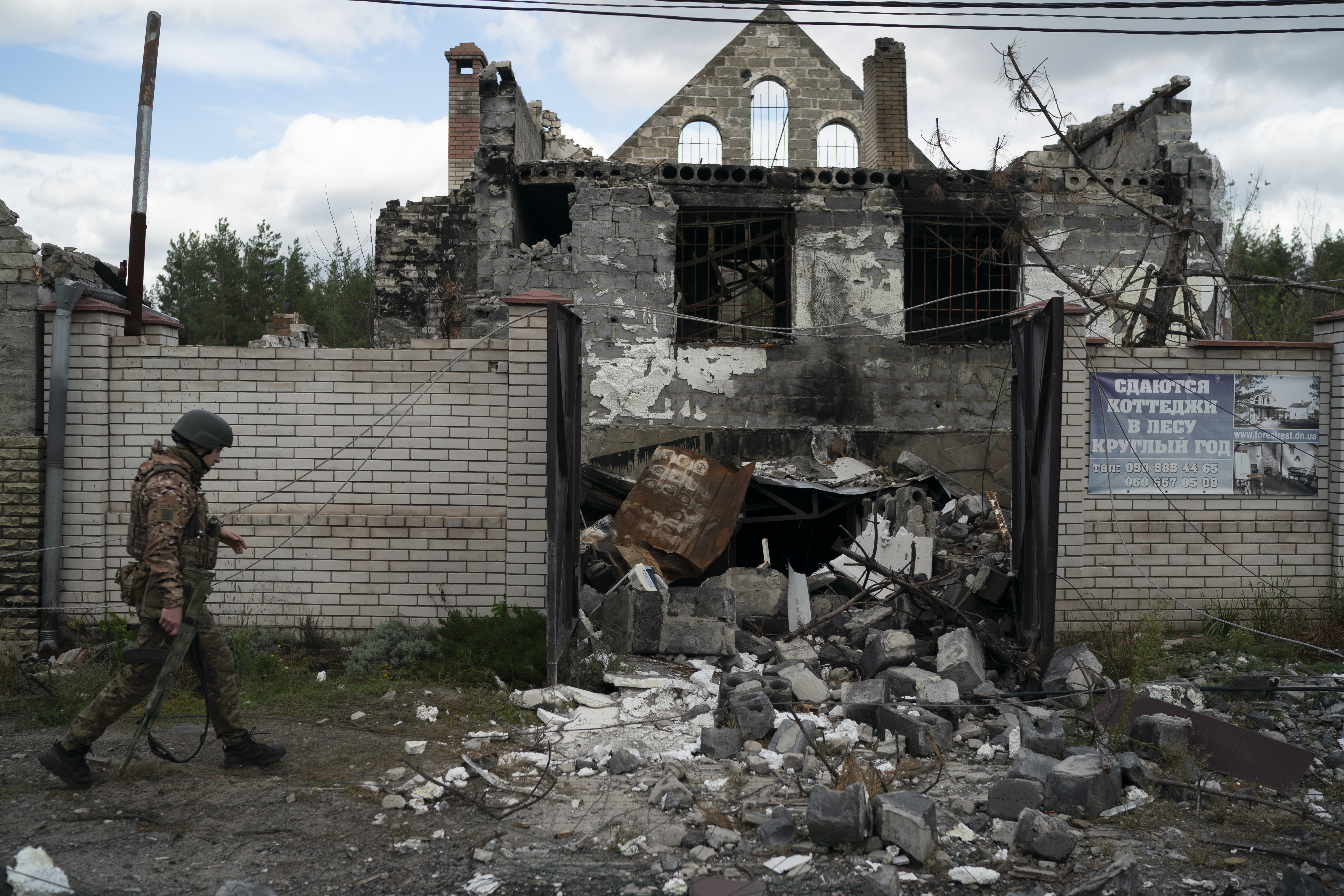 The Kremlin last week announced a partial mobilisation — its first since World War II — to add at least 300,000 troops to its force in Ukraine. The move, a sharp shift from Putin's previous efforts to portray the war as a limited military operation that wouldn't interfere with most Russians' lives, proved unpopular at home.

Thousands of men of fighting age flocked to airports and Russia's land border crossings in an effort to avoid being called up. Protests erupted in various parts of the country, and Russian media reported an increasing number of arson attacks on military enlistment offices, including one that hit the southern city of Uryupinsk on Monday.

Meanwhile, the first batches of Russian troops mobilised by Moscow have begun to arrive at military bases, the British military said Monday. In an online intelligence briefing, the British Defence Ministry said tens of thousands had been called up so far.

Under normal circumstances, two battalions deploy while a third remains behind to train. But in the Ukraine war, even the third battalion is deploying, weakening that training, the British Defence Ministry said.

Ukrainian President Volodymyr Zelenskyy said in a Facebook post Monday that the Ukrainian military is pushing efforts to take back "the entire territory of Ukraine", and has drawn up plans to counter "new types of weapons" used by Russia, without elaborating. An overnight drone strike near the Ukrainian port of Odesa sparked a massive fire and explosion, the military said Monday. It was the latest in a series of drone attacks on the key southern city in recent days, and hit a military installation and detonated ammunition when it struck. Firefighters struggled to contain the blaze, and civilians nearby were evacuated, the Ukrainian military's southern command said.

New Russian shelling struck the area around the Zaporozhzhia nuclear power plant, according to Zelenskyy's office. Cities near the station were fired on nine times in recent hours by rocket launchers and heavy artillery.

In the town of Izium in eastern Ukraine, which Russian forces left earlier this month after a Ukrainian counteroffensive, Margaryta Tkachenko is still reeling from the battle that destroyed her home and left her family close to starvation.

With no gas, electricity, running water or internet, she said, "I can't predict what will happen next. Winter is the most frightening. We have no wood. How will we heat?"

Ten-day warning for country as 'series of weather systems loom'