Many mountaineers will tell you climbing down Mount Everest is harder than climbing up.

But South African Pierre Carter has come up with a breathtaking, death-defying workaround: hang gliding his way back to the bottom.

In May 2022, Carter made history by becoming the first person ever granted a permit from the Nepali government to glide off Everest. While a few daring souls have completed the effort before, their descents were technically against the law. (None were ever fined or prosecuted.)

Carter's journey to Everest has been a long one. An avid climber, he got interested in paragliding but waited for the gear to become cheaper and lighter before he could tote it up a mountain with him.

The 55-year-old Johannesburg native doesn't have corporate sponsors or a financial backer. He earns the money to support his climbing-and-gliding habit through his contracting job.

Once he started thinking seriously about going to Everest, Carter decided to team up with Asian Trekking, a highly regarded company that has been working on the mountain for 40 years.

Its CEO, Dawa Steven Sherpa, is a native Nepali and a paragliding hobbyist, but he told Carter that obtaining a permit to glide off of the world's tallest peak would never happen. Still, as Carter prepared for his Nepal trip in spring 2022, he figured it couldn't hurt to be persistent. 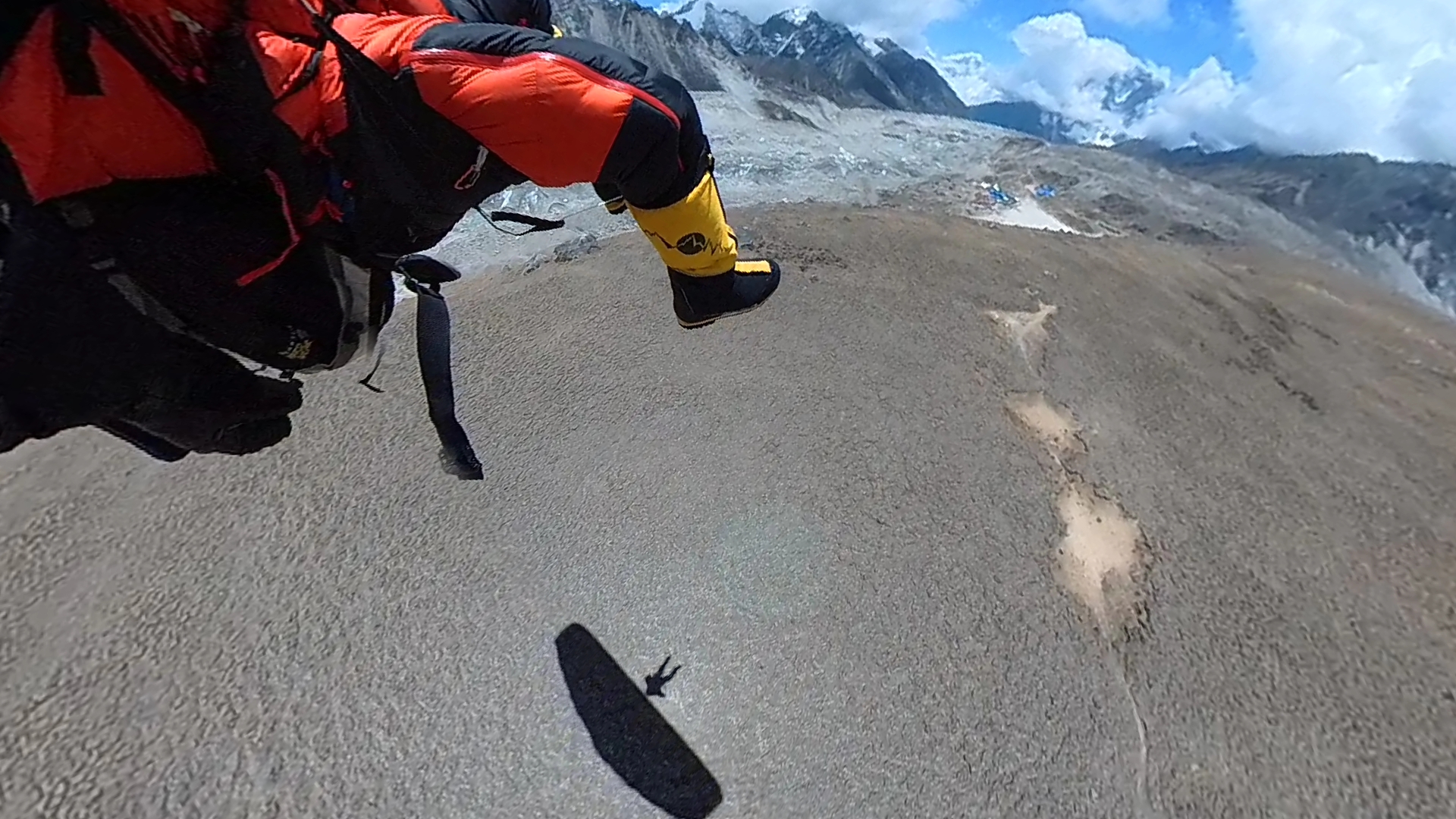 "Something happened in the politics. I'm not sure exactly what. But a minister changed somewhere along the line, who was obviously blocking it. He left and another minister came in. And Dawa just suddenly sent me a message saying, 'I think we're going to get a permit. There's a new minister'," Carter recalls.

The permit came through just in time. Carter was already in Nepal acclimatising when it was confirmed.

The conditions of the permit meant he could not take off from the peak of Everest. Instead, the document specified that Carter could depart from no higher than 8000 metres, so he chose to take off from the South Col.

Originally, Carter had planned to summit Everest, then come back to the South Col and take off from there. But he got altitude sickness at camp two and was delayed there for several days. With the clock running down, he had to make a decision – go to the top of the world, or paraglide down it.

As Carter tells it, there really was no choice. And finally, the weather conditions were perfect. In all, it took him a total of seven and a half weeks to travel to Nepal and climb the world's tallest peak. It took him 20 minutes to get down.

Due to the high speeds reached during paragliding, Carter and Sherpa worked ahead of time to figure out the best possible route down. Although he briefly entertained the idea of landing at Everest Base Camp, Carter quickly abandoned the thought when he realized he could easily break a leg or ankle if the winds were too strong.

Ultimately, they chose a route that had Carter landing in the village of Gorak Shep, about seven kilometres from base camp.

A Sherpa guide met him there with a change of footwear so that he could hike back to base camp in regular hiking shoes, not the snow boots he'd glided down in. There was no celebratory party or welcoming committee – just the way that Carter, who thinks of himself as a normal guy with expensive hobbies, wanted it. 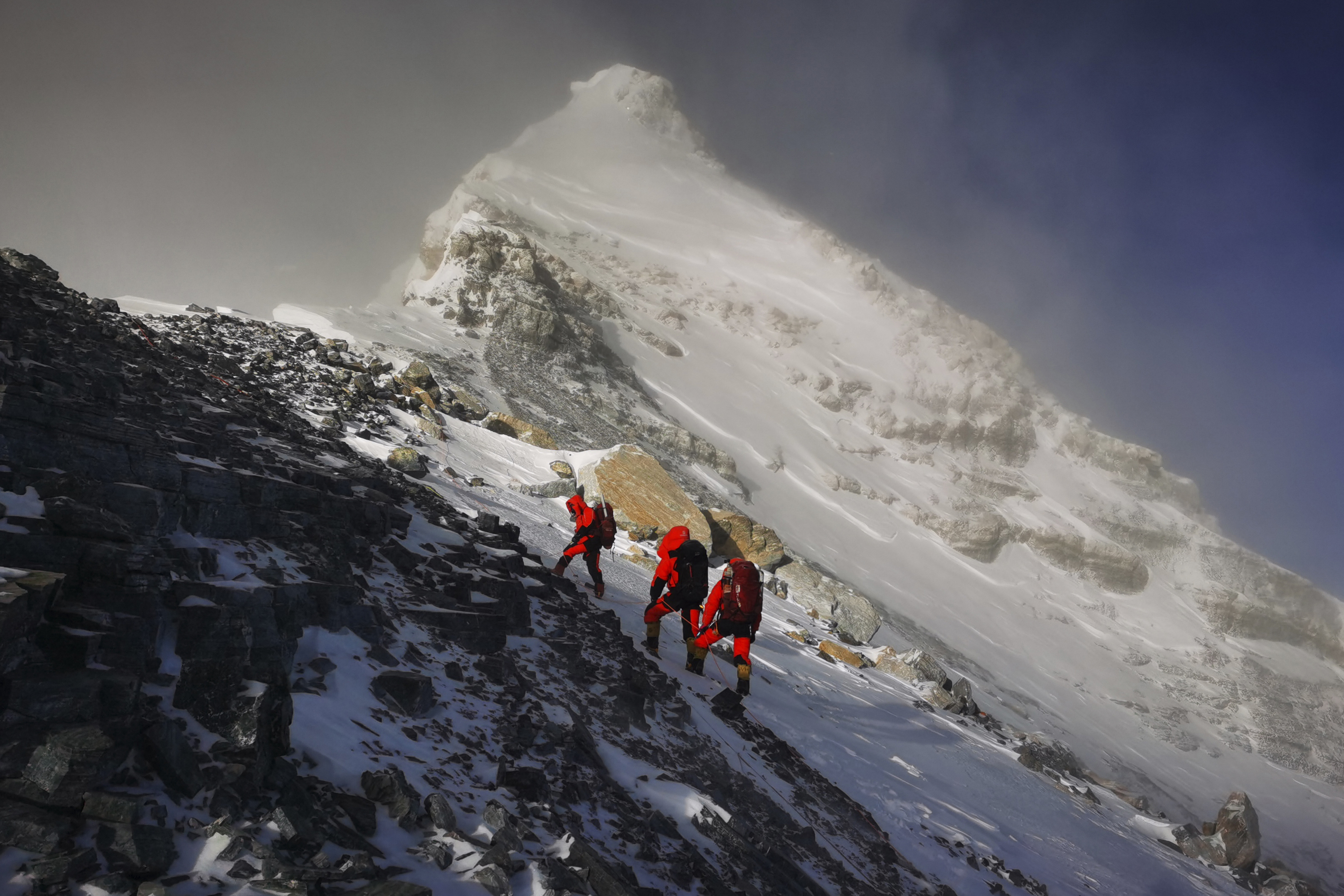 Carter's goal is to climb up and paraglide down all seven of the world's highest mountains.

With Everest now under his belt, he has climbed six of the seven – only Mount Vinson, also called the Vinson Massif, in Antarctica remains. He was not able to glide off of all of them, though – Denali in Alaska denied him a permit. He documents his journeys on his website, 7 Summits 7 Flights.

However, he's aware his paraglide off of the world's highest mountain is more than just a personal life highlight. Everest tourism is a huge moneymaker for Nepal, and previous governments have struggled to come up with other sources of revenue that don't exploit the mountain.

Carter and Sherpa believe that "climb and fly" experiences like Carter's could become the next big travel trend on Everest.

As a result, the South African felt a sense of obligation to do his glide as safely and responsibly as possible.

"The precedent has been set," he says.

"I think we're going to see lots of people flying next year."

And what if the Nepali government changes its guidelines to allow people to paraglide off of the mountain's summit?

"I would be tempted to go back," he admits.