A man has died and another is in hospital after their boat struck a marine beacon this morning off the Gold Coast.

The two men had been in a red tinnie off the coast of Jacobs Well about 11am when the vessel hit the beacon at high speed.

Passing sailors spotted the men, pulling them to the nearest sandbank.

Volunteer Marine Rescue (VMR) crews and police responded to the accident but one of the men could not be saved.

"On their arrival there was unfortunately one adult male patient who was deceased and another male who had sustained facial injuries who has been transported to Gold Coast University Hospital in a stable condition," Oliver Nicol from Queensland Ambulance said. 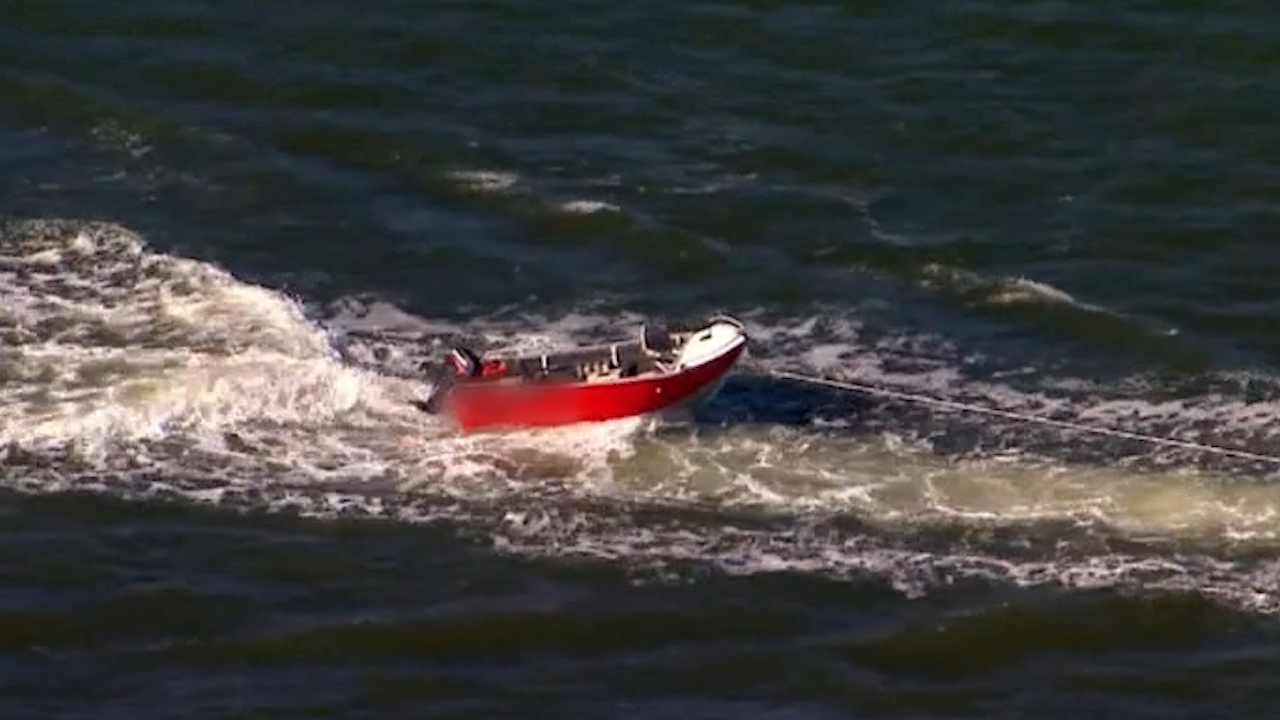 A police boat brought the man's body back to shore while his companion, aged in his 60s was treated for his injuries.

Malcolm Smith from VMR said members of the community had rushed to the boatie's aid.

"We got to the scene as quickly as we could and there was quite a few members of the public who were providing first aid," he said.

"Very unusual for something like this to occur with this extremity they were very unlucky."

Conditions were calm this morning, with police now investigating what went wrong.