A young man has been killed after falling from the tray of a ute in Perth's south-east.

Dozens of mourners made their way to the scene of the tragedy on Saturday to pay tribute to the popular 21-year-old.

Police said Matthew Mauger fell from the rear of a grey Mazda﻿ B2600 utility as it travelled along the South Western Highway at Byford after 5pm on Friday.

The 21-year-old suffered critical injuries and died at the scene.

Mauger's friend Toby Grist said he "will never get over" the death of his friend.﻿

"I can't believe this has happened," Grist said.

"He was the best person I've ever known in my life, never ever let anything get to him. I'm going to miss him lots."﻿

Flowers and a fishing rod were positioned road-side as music rang out at the scene of the tragedy. 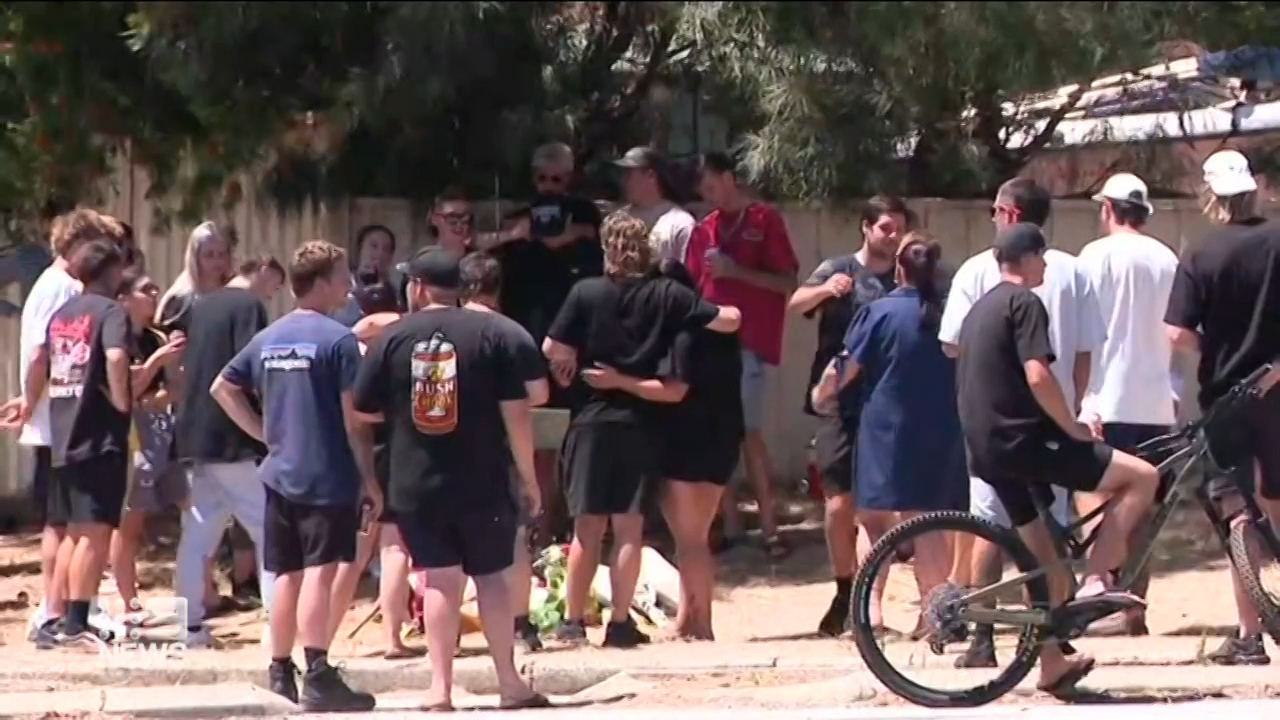 Friends performed burnouts to pay tribute to the 21-year-old in their own way.

"He made everyone laugh, to the point where people got sick of him but would be like, one more," Grist said.

While outpouring of grief for Mauger continues, so too does the investigation into his death, with police calling on any witnesses to come forward.