French President Emmanuel Macron’s centrist alliance was projected to lose its majority despite getting the most seats in the final round of parliamentary elections Sunday, while the far-right National Rally appeared to have made big gains.

The projections, which are based on partial results, say Macron’s candidates would win between 230 and 250 seats — much less than the 289 required to have a straight majority at the National Assembly, France’s most powerful house of parliament.

The situation, which is highly unusual in France, is expected to make Macron’s political manoeuvring difficult if the projections are borne out.

A new coalition — made up of the hard left, the Socialists and the Greens — is expected to become the main opposition force with about 140 to 160 seats.

The National Rally is projected to register a huge surge with potentially more than 80 seats, up from eight before.

Polling was held nationwide to select the 577 members of the National Assembly.

The strong performance of both the National Rally and the leftist coalition called Nupes, led by hard-left leader Jean-Luc Melenchon, is expected to make it harder for Macron to implement the agenda he was reelected on in May, including tax cuts and raising France’s retirement age from 62 to 65.

Prime Minister Elisabeth Borne said the “unprecedented” situation “is a risk to our country faced with challenges at the national level as well as at the international scale.”

“As the central force in that new Assembly … we will work, as of tomorrow, to build an action-oriented majority," she said.

“There's no alternative but gathering to guarantee our country some stability and lead the necessary reforms,” she added.

Borne, who herself won a seat in western France, suggested Macron's centrist alliance will seek to get support from lawmakers from diverse political forces to find “good compromises”.

The National Rally's leader, Marine Le Pen, who lost to Macron in the presidential election, was reelected as MP in her stronghold of Hénin-Beaumont, in northern France.

“The Macron adventure has reached its end,” Le Pen said.

The group of National Rally lawmakers “will be by far the biggest of the history of our political family”.

“Tonight’s message is that the French people made from Emmanuel Macron a minority president,” he said on TF1 television.

“It’s the electoral failure of the ‘Macronie’,” Mélenchon said, criticising "a moral failure of those people who lectured everyone non-stop and said they would block the far-right, and the main result is that they reinforced it". 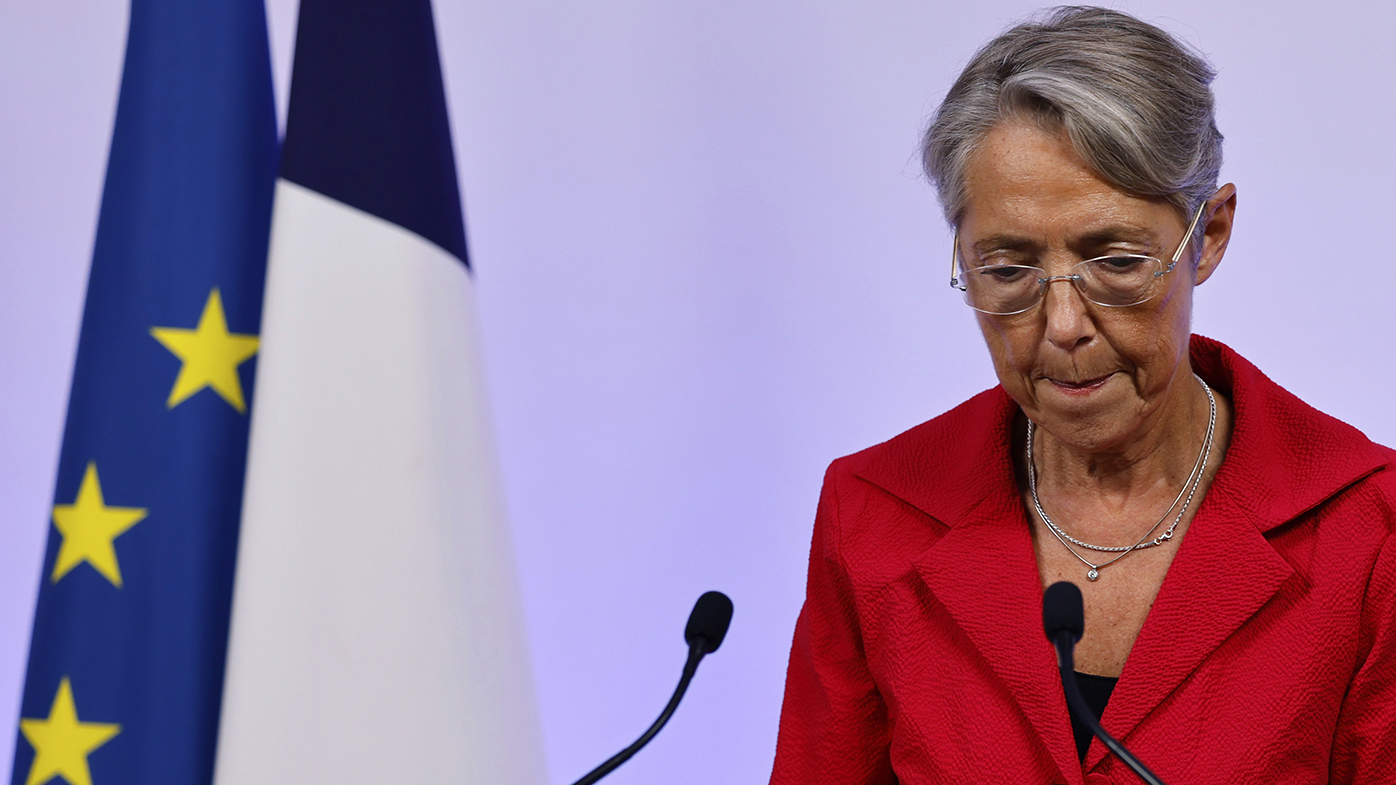 Macron’s government will still have the ability to rule, but only by bargaining with legislators.

The centrists could try to negotiate on a case by case basis with lawmakers from the centre-left and from the conservative party — with the goal of preventing opposition lawmakers from being numerous enough to reject the proposed measures.

The government could also occasionally use a special measure provided by the French Constitution to adopt a law without a vote.

“We are holding out a helping hand to all those who are OK to make that country move forward,” she said, notably referring to The Republicans party, which is expected to have less seats than the far-right.

A similar situation happened in 1988 under Socialist President Francois Mitterrand, who then had to seek support from the Communists or the centrists to pass laws.

These parliamentary elections have once again largely been defined by voter apathy — with over half the electorate staying home.

Audrey Paillet, 19, who cast her ballot in Boussy-Saint-Antoine in south-eastern Paris, was saddened that so few people turned out.

“Some people have fought to vote. It is too bad that most of the young people don’t do that," she said. 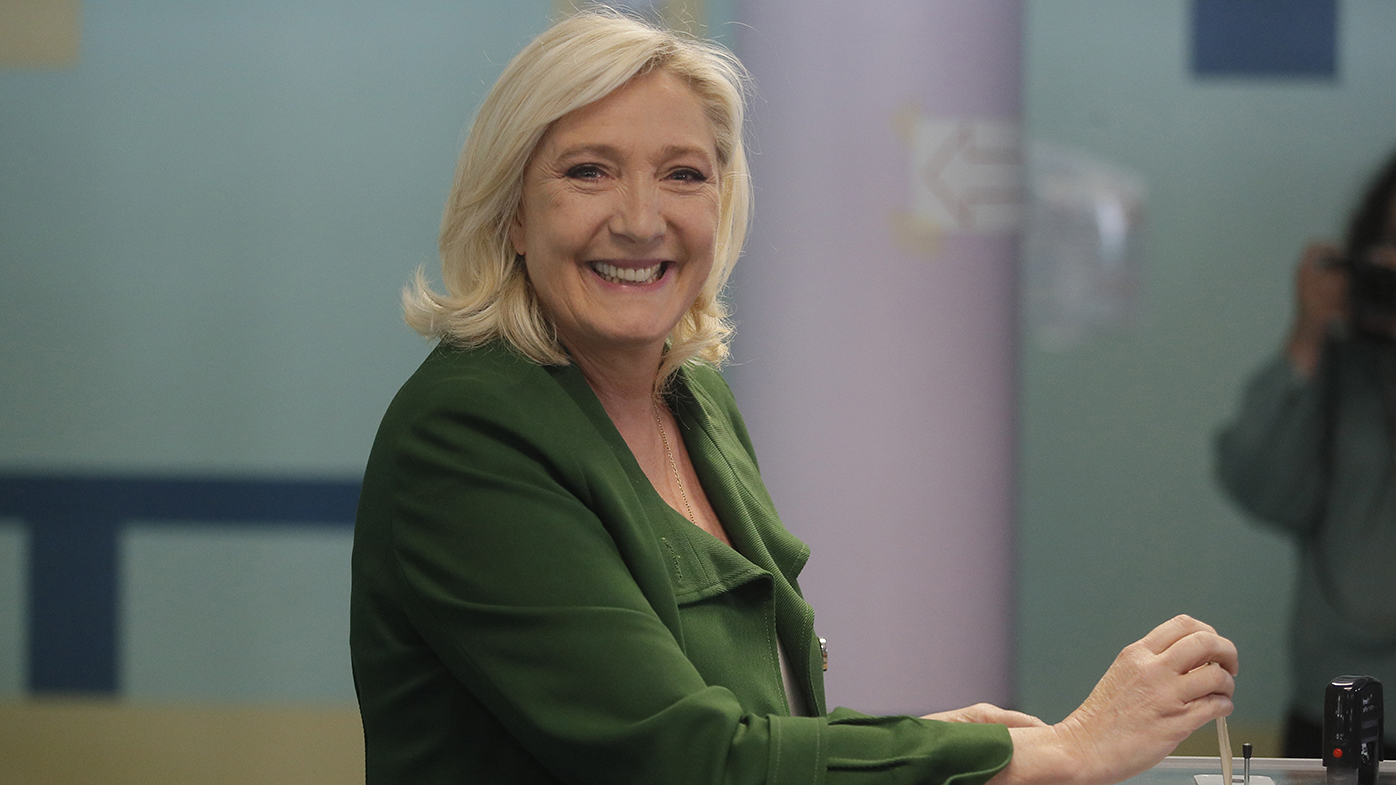 Macron had made a powerfully choreographed plea to voters earlier this week from the tarmac ahead of a trip to Romania and Ukraine, warning that an inconclusive election, or hung parliament, would put the nation in danger.

“In these troubled times, the choice you’ll make this Sunday is more crucial than ever,” he said Tuesday, with the presidential plane waiting starkly in the background ahead of a visit to French troops stationed near Ukraine.

“Nothing would be worse than adding French disorder to the world’s disorder,” he said.

Some voters agreed, and argued against choosing candidates on the political extremes who have been gaining popularity.

Others argued that the French system, which grants broad power to the president, should give more voice to the multi-faceted parliament and function with more checks on the presidential Elysee palace and its occupant.

“I’m not afraid to have a National Assembly that’s more split up among different parties. I’m hoping for a regime that’s more parliamentarian and less presidential, like you can have in other countries,” Simon Nouis, an engineer voting in southern Paris, said.

At the Nupes' headquarters in Paris on Sunday evening, Pierre Migozzi, a leftist supporter, said the results show French politics have been rekindled.

“There is a divide between people who want to guarantee the established order (Macron), people against free-market policies who want a new world turned toward the youth (Nupes), and people who recognise themselves in the National Rally's motto of being the party of the people,” he said.

The 26-year-old, who grew up in central France, expressed concern about the far-right's results, saying the National Rally “is not an answer” to the issues of France’s suburbs and rural areas.

How deadly snakes could soon save lives and heal wounds