Pope Emeritus Benedict XVI’s last words were “Lord, I love you,” his longtime secretary said, quoting a nurse who helped care for the 95-year-old former pontiff in his final hours.

Archbishop Georg Gaenswein, a German prelate who lived in the Vatican monastery where Benedict took up residence after his 2013 retirement, said the nurse recounted hearing Benedict utter those words at about 3am Saturday.

“Benedict XVI, with a faint voice but in a very distinct way, said in Italian, ‘Lord, I love you,’'' Gaenswein told the Vatican's official media, adding that it happened when the aides tending to Benedict were changing shifts.

“I wasn't there in that moment, but the nurse a little later recounted it,'' the archbishop said.

”They were his last comprehensible words, because afterwards, he wasn't able to express himself anymore."

Gaenswein did not identify the male nurse who shared the information.

Earlier, the Vatican said that Pope Francis went to pay his respects immediately after Gaenswein called to inform him of Benedict's death shortly after 9.30am on Saturday.

Vatican spokesman Matteo Bruni said Francis stayed in Benedict’s monastery for quite some time before returning to his residence in a hotel located across the Vatican Gardens.

During New Year's Day remarks on Sunday, Francis prayed for his predecessor's passage to heaven and expressed thanks for Benedict's lifetime of service to the church. 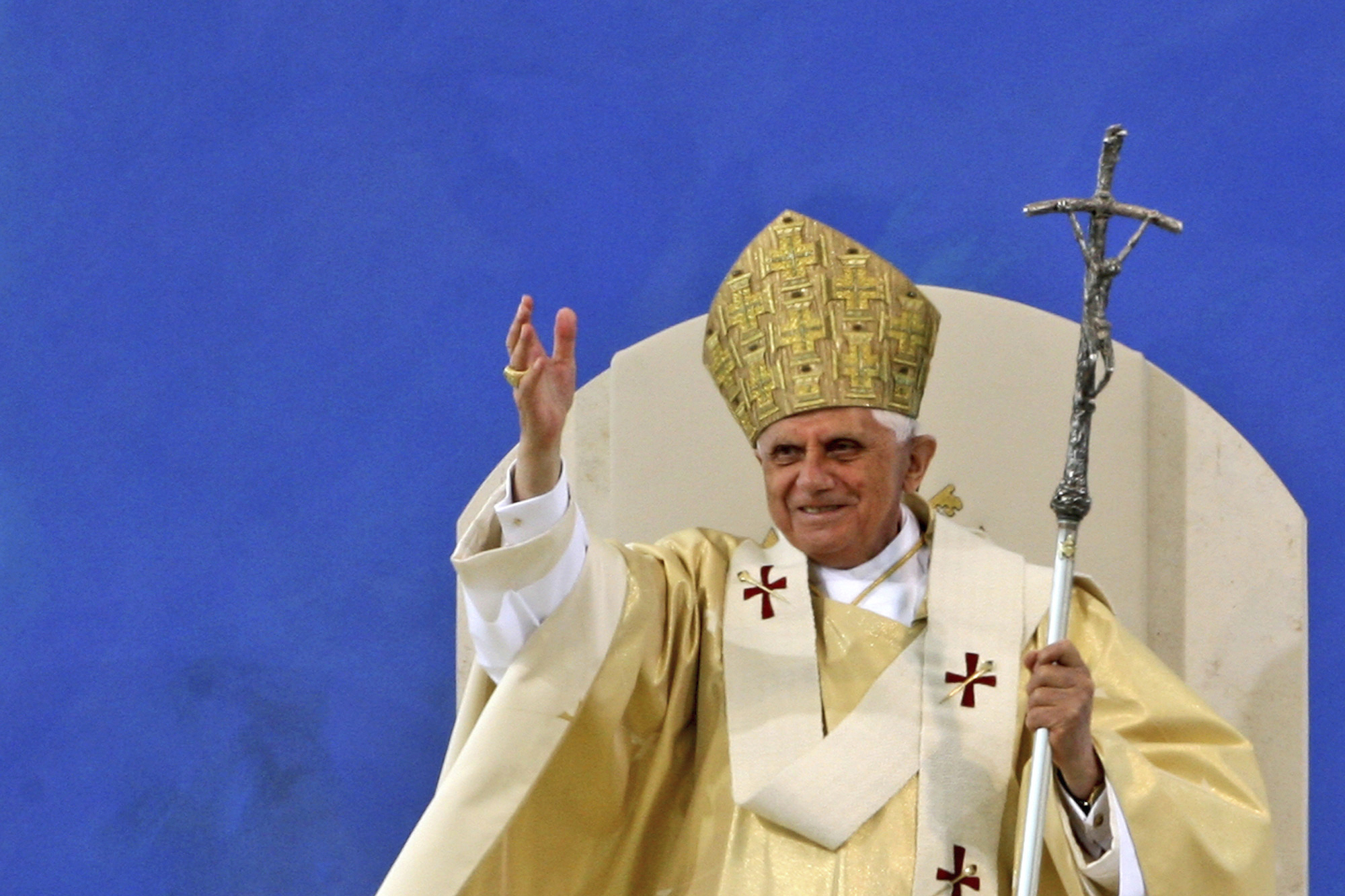 Francis departed briefly from reading his homily during a morning Mass at St Peter's Basilica to pray aloud for Benedict.

“Today we entrust to our Blessed Mother our beloved Pope Emeritus Benedict XVI, so that she may accompany him in his passage from this world to God,” he said.

The basilica is set to host Benedict’s coffin for three days of viewing that start Monday.

Rome Prefect Bruno Frattasi, an Interior Ministry official, told Italian state TV that “no fewer than 25,000, 30,000” mourners were expected to file past the coffin on Monday.

On Sunday, Benedict's body lay on a burgundy-coloured bier in the chapel of the monastery where he had lived during his nearly decade-long retirement.

He was dressed in a miter, the headgear of a bishop, and a red cloak-like vestment.

A rosary was placed in his hand.

Behind him, visible in photos released by the Vatican, were the chapel's altar and a decorated Christmas tree.

He told the crowd that “in these hours, we invoke her intercession, in particular for Pope Emeritus Benedict XVI, who, yesterday morning, left this world.”

"Let us unite all together, with one heart and one soul, in giving thanks to God for the gift of this faithful servant of the Gospel and of the church,'' Francis said, speaking from a window of the Apostolic Palace to pilgrims and tourists below.

The square will be the setting for Benedict's funeral led by Francis on Thursday morning.

The service will be a simple one, the Vatican has said, in keeping with the wishes of Benedict.

Before he was elected pope in 2005, Benedict was a German cardinal who served as the Church's guardian of doctrinal orthodoxy. In recent years, Francis hailed Benedict's stunning decision to become the first pope to resign in 600 years and has made clear he'd consider such a step as an option for himself.

Hobbled by knee pain, Francis, 86, on Sunday arrived in the basilica in a wheelchair and took his place in a chair for the Mass, which was being celebrated by the Vatican's secretary of state.

Francis, who has repeatedly decried the war in Ukraine and its devastation, recalled those who are victims of war, passing the year-end holidays in darkness, cold and fear.

“At the beginning of this year, we need hope, just as the Earth needs rain,” Francis said in his homily.

While addressing the faithful in St. Peter's Square, the pope cited the “intolerable” war in Ukraine, which began more than 10 months ago, and conflicts elsewhere other places in the world.

Yet, Francis said, “let us not lose hope” that peace will prevail.