The Kremlin has warned NATO country Lithuania that unless the transport of goods to Russia's Kaliningrad exclave on the Baltic Sea was restored then Moscow would take undisclosed measures to defend its national interests.

The warning came after Lithuania defended its decision to bar rail transport from Russia to Kaliningrad of goods hit by European Union sanctions.

Lithuanian Foreign Minister Gabrielius Landsbergis said his country was simply implementing sanctions imposed by the European Union, of which it is a member.

He said the measures implemented last Saturday were taken after "consultation with the European Commission and under its guidelines."

"Sanctioned goods (will) no longer be allowed to transit Lithuanian territory," Landsbergis added.

Goods on the list include steel, but are set to be broadly expanded to cover items from coal to alcoholic drinks.

The Kaliningrad exclave, home to some 430,000 people, is surrounded by Lithuania and Poland, another EU country, to the south and isolated from the rest of Russia.

Trains with goods for Kaliningrad travel via Belarus and Lithuania. There's no transit through Poland. Russia can still supply the exclave by sea, without falling foul of EU sanctions.

Russia has demanded that Lithuania immediately lifts the ban, with the Foreign Ministry in Moscow saying that if transport links are not restored in full "Russia reserves the right to take action in defence of its national interests".

"This decision, indeed unprecedented, is a violation of everything and then some. We understand that it is connected to the relevant decision of the European Union to extend the sanctions to transit (of goods). This we also consider unlawful," Peskov said.

Kaliningrad, which is home to the Russian Baltic Fleet, is Russia's only ice-free Baltic port. Moscow has also deployed there nuclear-capable Iskander missiles.

In other news, Russian forces have been able to seize the town of Metelkine, to the east of the strategic city of Severodonetsk, according to Serhiy Hayday, the head of the Luhansk Regional Military administration. 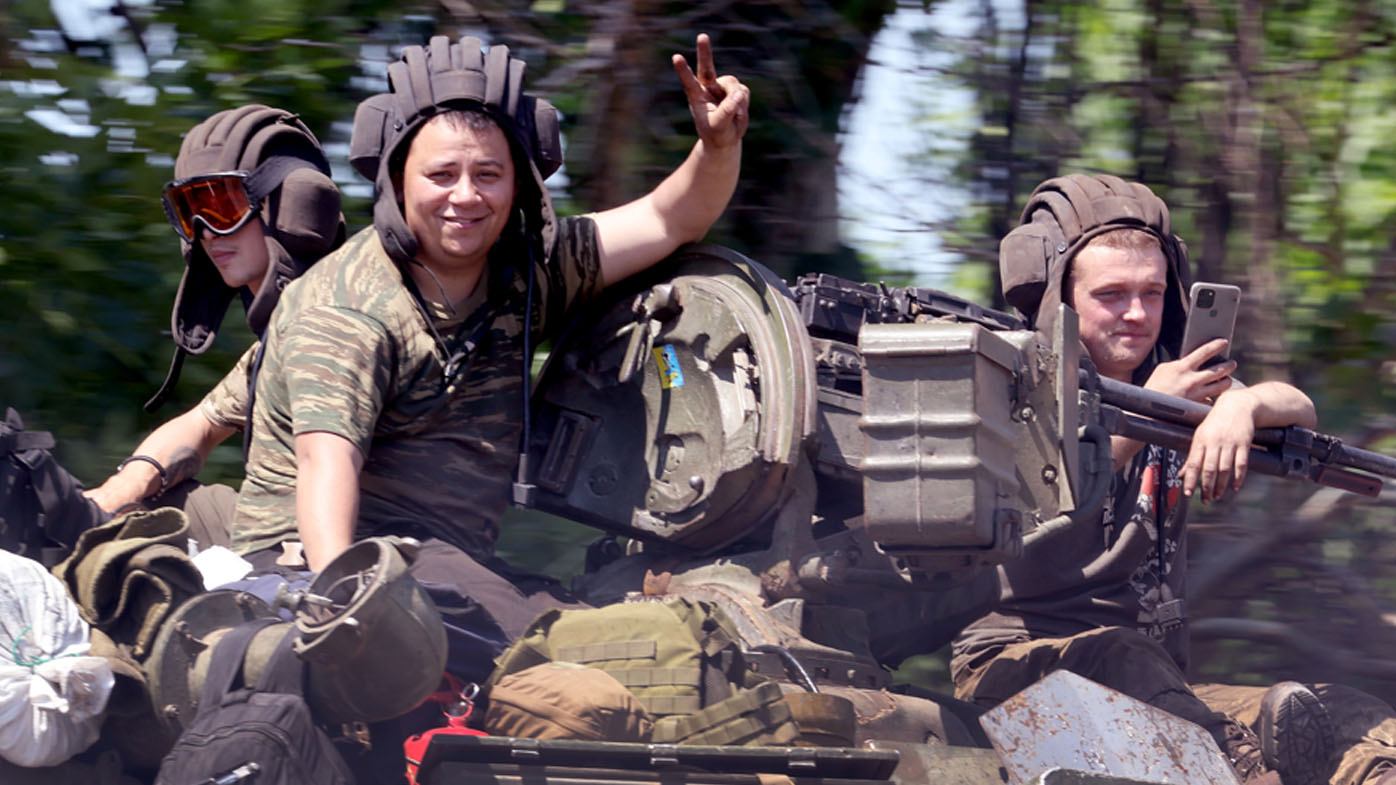 He added that Russian forces have intensified their use of artillery and air strikes to target Ukrainian positions as the battle for the city continues to drag on.

Severodonetsk lies in the heart of Donbas, a large industrial region in eastern Ukraine that has been the site of sporadic fighting since 2014, when Russian-backed separatists took control of two territories there – the self-declared DPR and the Luhansk People's Republic (LPR).

And European Union foreign policy chief Josep Borrell has called the Russian blockade of Ukrainian grain exports a "real war crime," adding that the bloc's sanctions on Russia have played no part in the global food crisis.

Borrell said on Monday that "it's not the European sanctions" that are "creating this crisis."

Russia's war in Ukraine could push up to 49 million people into famine or famine-like conditions because of its devastating impact on global food supply and prices, according to the United Nations.