'Like nothing any of us had seen before': Deadly Canberra fire's impact About a week after the deadly fires that changed Canberra forever, firefighter Vivien Thomson saw the whole picture of devastation for the first time.

The smoke lifted as she walked up a hill to fill water troughs for the cattle and the whole Tidbinbilla valley vista opened up in front of her.

There was nothing left, just black, burned landscape.

"You just looked down the valley and it was an absolute shock," she told 9news.com.au.

"Even a week later — you knew what had happened, you'd been everywhere but to see the whole entirety of it was just so overwhelming.

"I just dropped to my knees and just cried. And it's that deep, it's uncontrollable.

"And a lot of people experience those sorts of things."

It was far from the then-captain of the Parkes Fire Brigade's first realisation of the impact of the blaze that killed four people, injured another 435 and wiped out almost 500 houses, costing as much as $1 billion by some estimates. 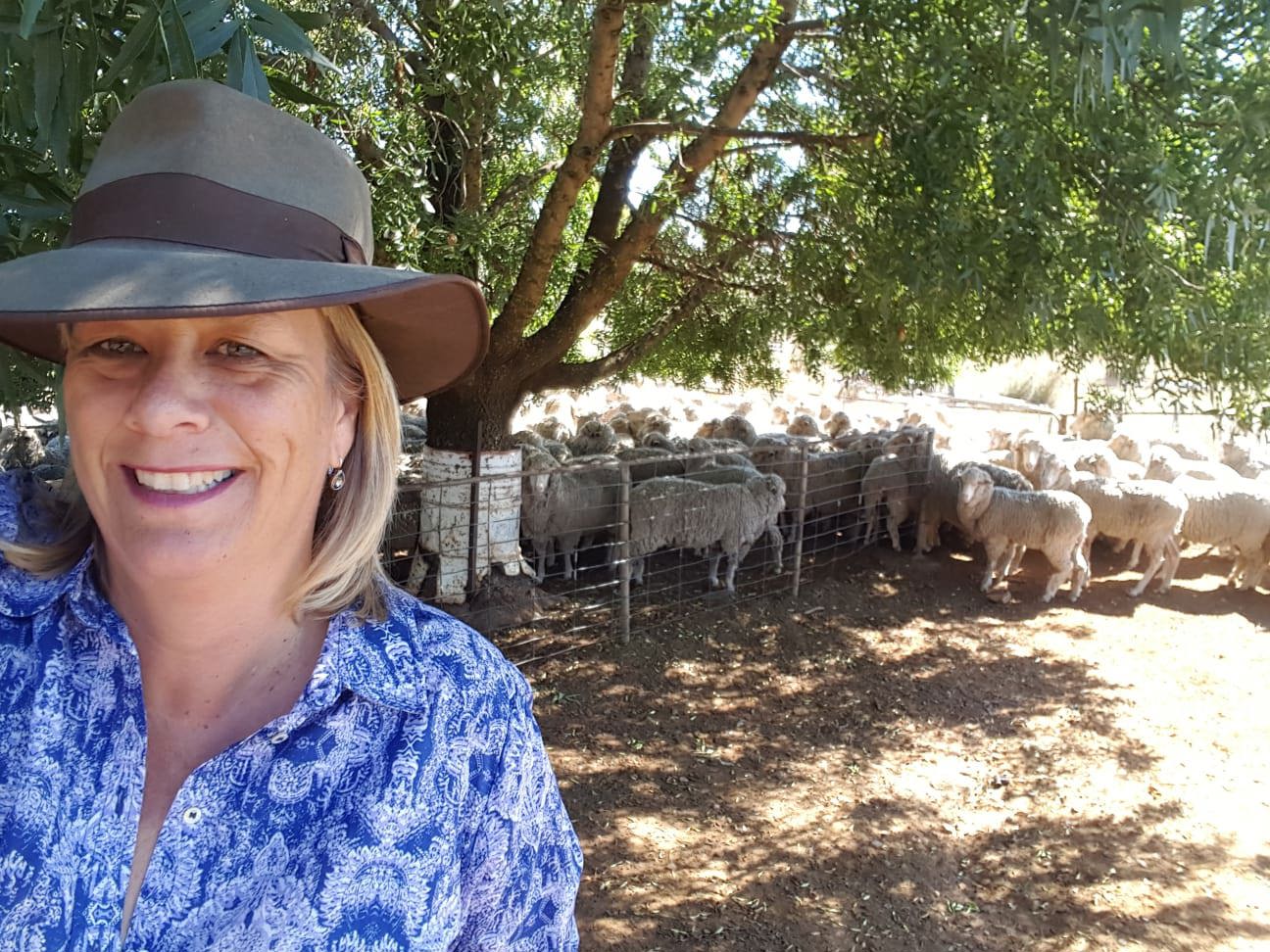 But it was one more painful step to recovery after a natural disaster that changed her life, the nation's capital and ideas about bushfires across Australia.

The fires that invaded Canberra from the west on January 18, 2003, had already been burning for 10 days, ignited by lightning strikes in the Brindabella Ranges on both sides of the ACT-NSW border.

Thomson herself had been fighting the blazes overnight and didn't leap into action until she got a call that afternoon from her local fire depot that was itself at risk: "Shit's happening. Better get back."

READ MORE: Families outraged at being forced to strip their loved ones' graves of decorations 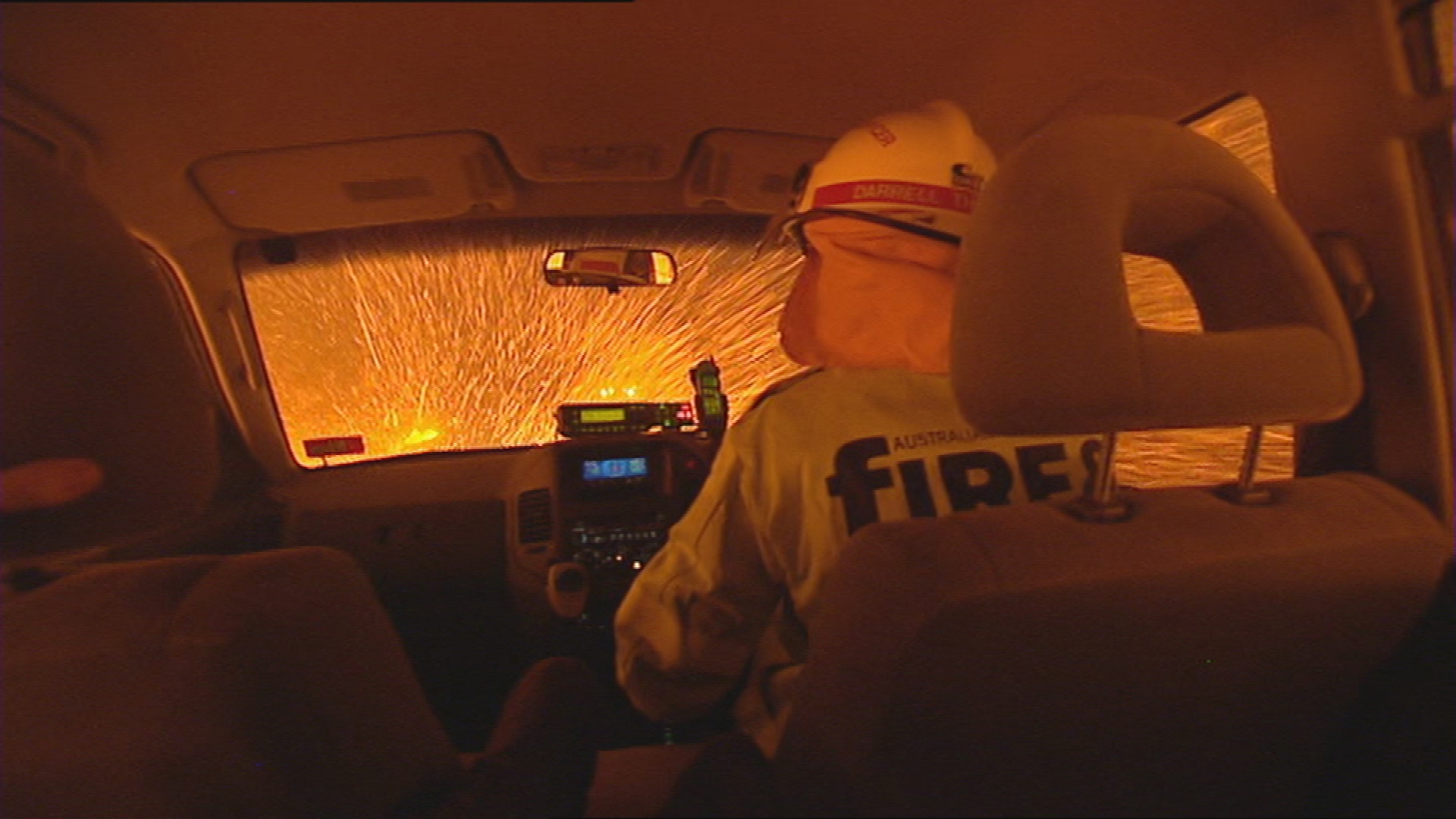 She remembered a panicked mob of kangaroos hopping one way and then another in an uncharacteristically panicked attempt to escape the flames, and the paint of a ranger's car starting to bubble from the heat.

A wall of flames just 1–1.5 metres high swept along Mount Taylor in the city's south-west "like a bulldozer".

"It's quite stunning to look — it's almost mesmerising but there's so much chaos going on at the same time with the traffic and noise, everyone's trying to run and get to safety," she told 9news.com.au.

"Then it sort of almost goes quiet, only for a split second. And I realised something was about to hit."

READ MORE: India is set to become the world's most populous country. Can it create enough jobs? 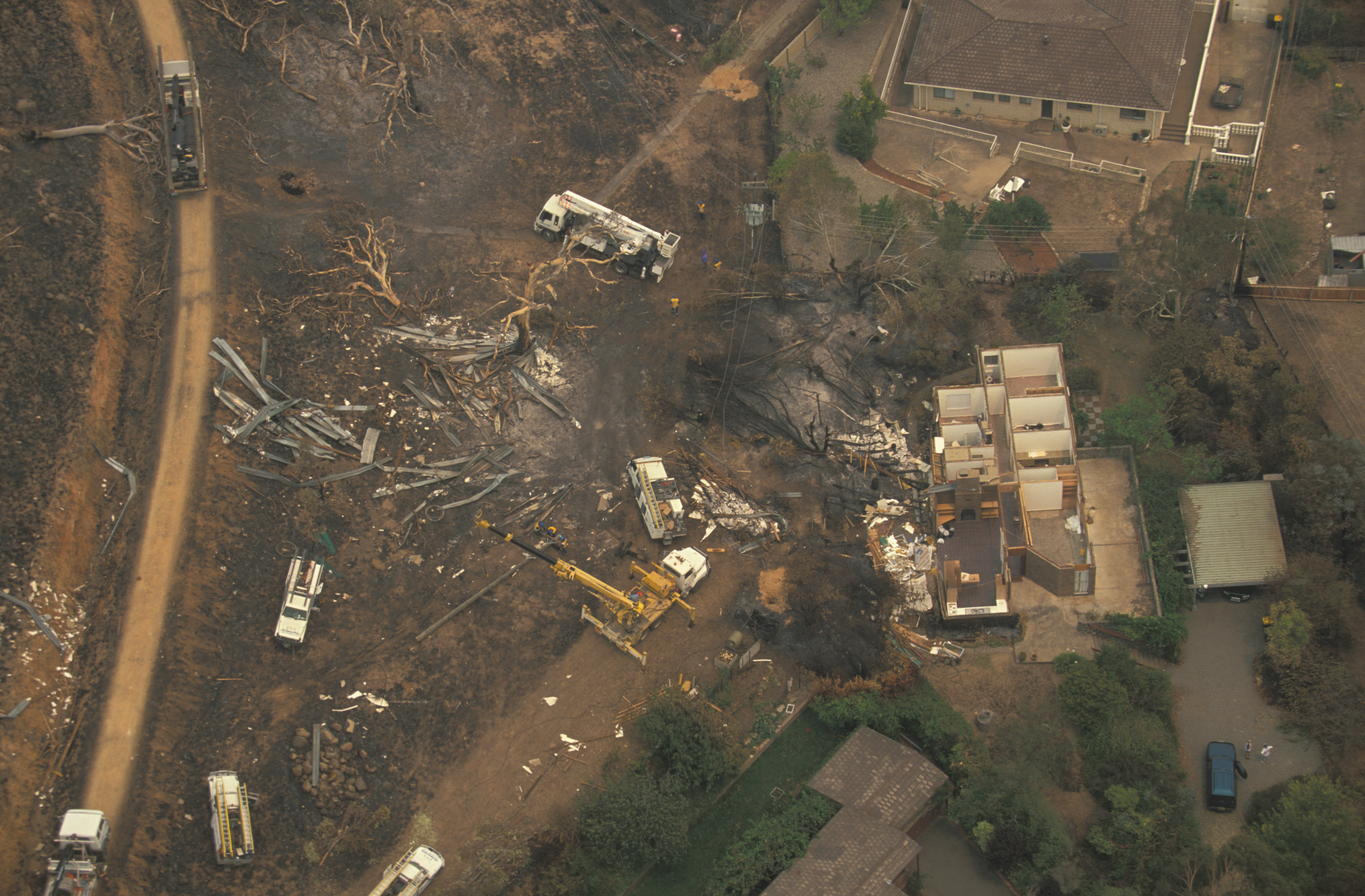 The lifelong firefighter remembered grabbing her brother and throwing him behind a wall.

"Anything that wasn't pegged down — garbage bins, branches, off trees, you know, bits and pieces out of gardens, whatever — anything that wasn't pinned down just went flying past at a million miles an hour and it just took it," she said, describing the sound as the roar 1000 air force jets felt inside and outside the body.

Thomson described flames burning the same ground once, twice, three times despite having no fuel left to consume and leaping from treetop to treetop without igniting the forest floor.

"The fire behaviour and what was happening was like nothing, absolutely nothing, any of us had seen before," she said.

READ MORE: After the sun comes the storms: 'Majority' of NSW to be lashed 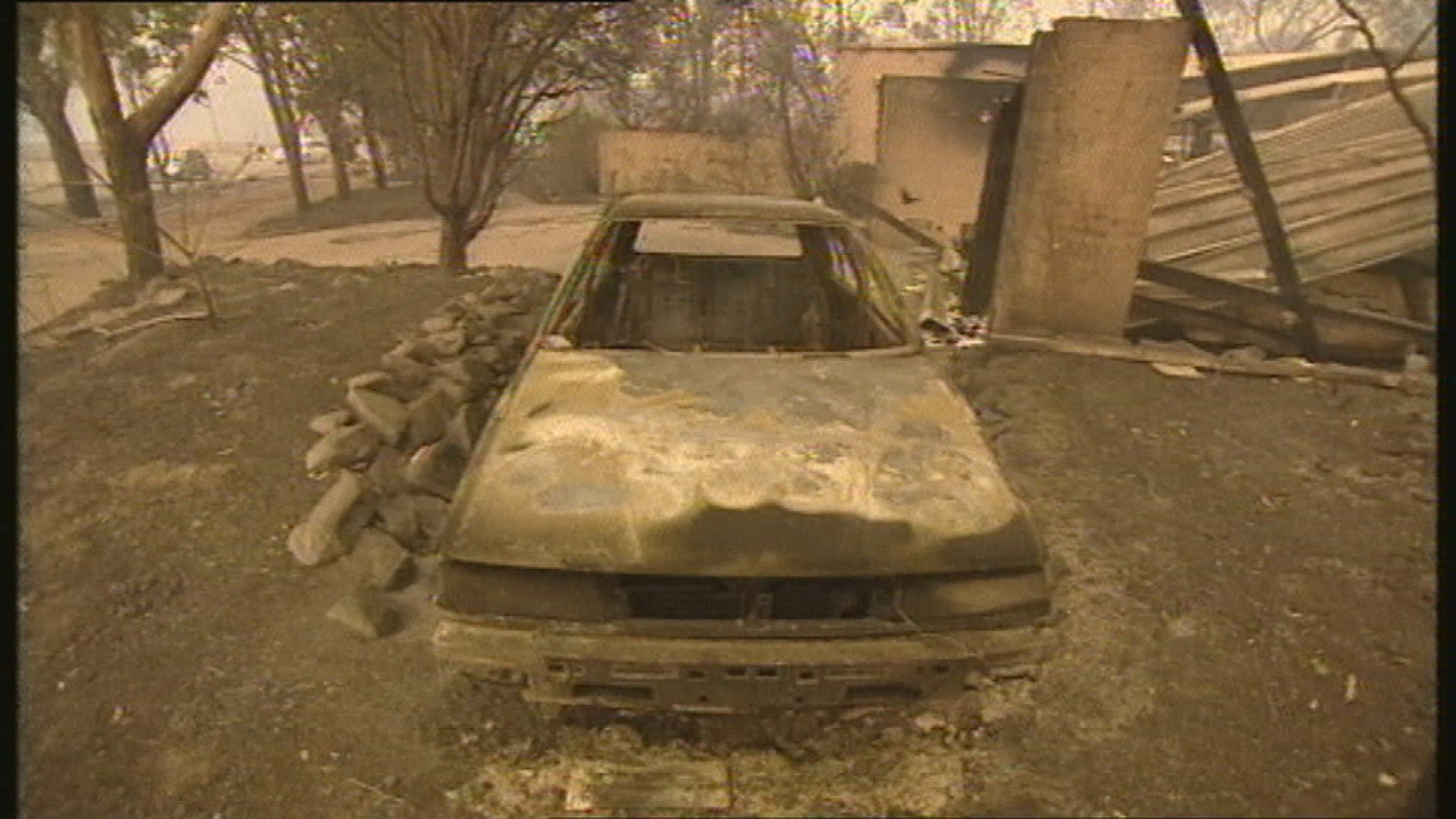 Photographer Ned Dawson was watching from the air as he documented the historic devastation for the Rural Fire Service.

"It gives you like the God's-eye picture of what's going on," he told 9news.com.au, praising the work of the firefighters on the ground.

"And you don't actually realise how big the flames are until you're on the ground. 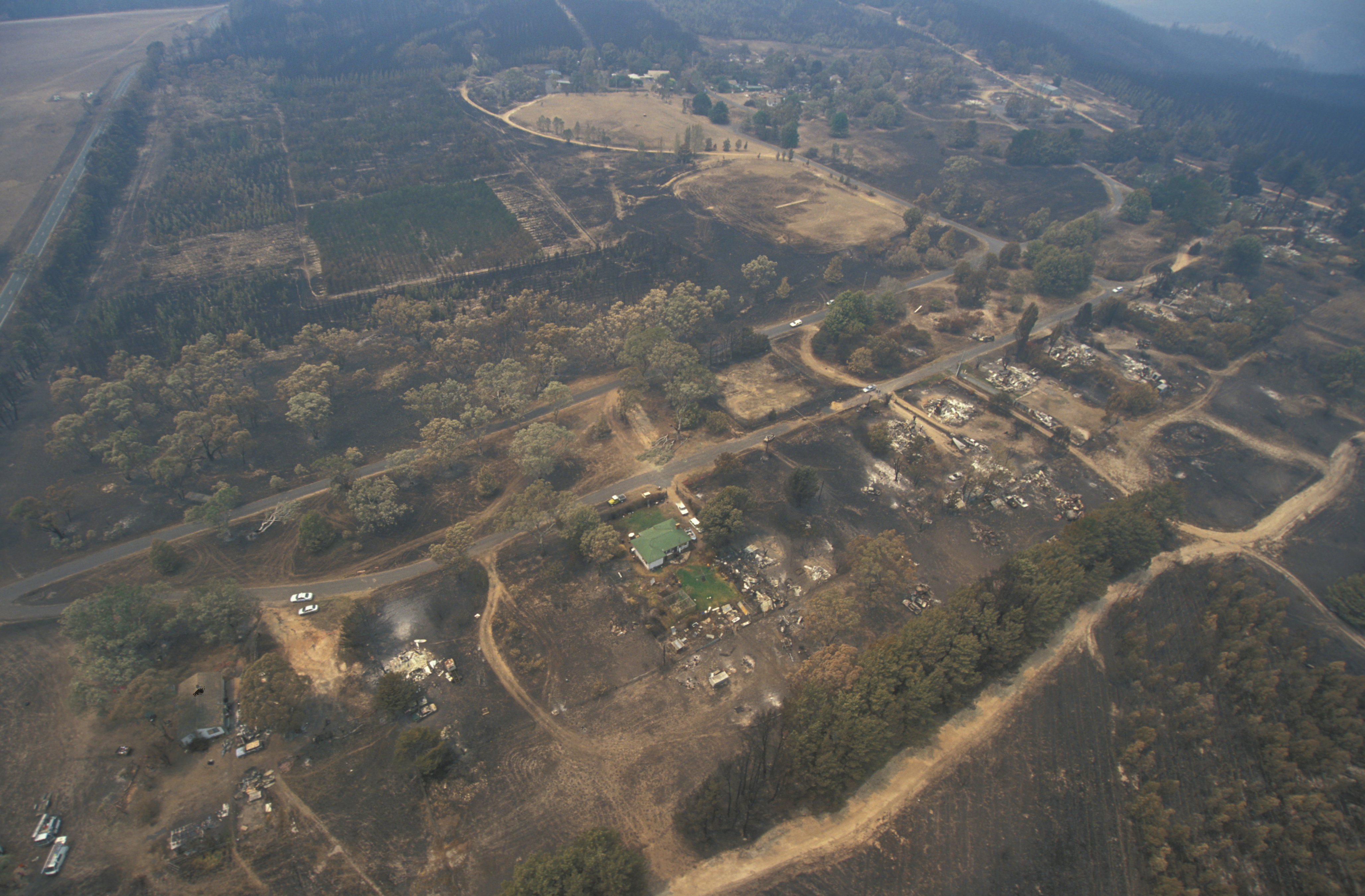 The devastation in the nation's capital changed the way almost everyone thought about bushfires.

The McLeod inquiry and a coronial inquiry both criticised the authorities for underestimating the scale of the firestorm and called for reform.

But even after the major reforms, there are still questions about the bush capital's readiness to tackle even bigger challenges to come.

This year will likely be hotter and drier as La Nina fades and experts say human-induced climate change is already making fires and other natural disasters frequent and more severe.

"Bushfire extremes will worsen in Australia as our climate warms. We are currently in our third consecutive La Nina cycle, which brings relatively cooler, wet weather to Australia – but that will change," Gissing wrote today in The Conversation.

"Our fire seasons are lengthening and the bad bushfire days are occurring more often. Bushfires won't just happen in isolation, we may also be dealing with heatwaves, cyclones or floods in other parts of the country at the same time." 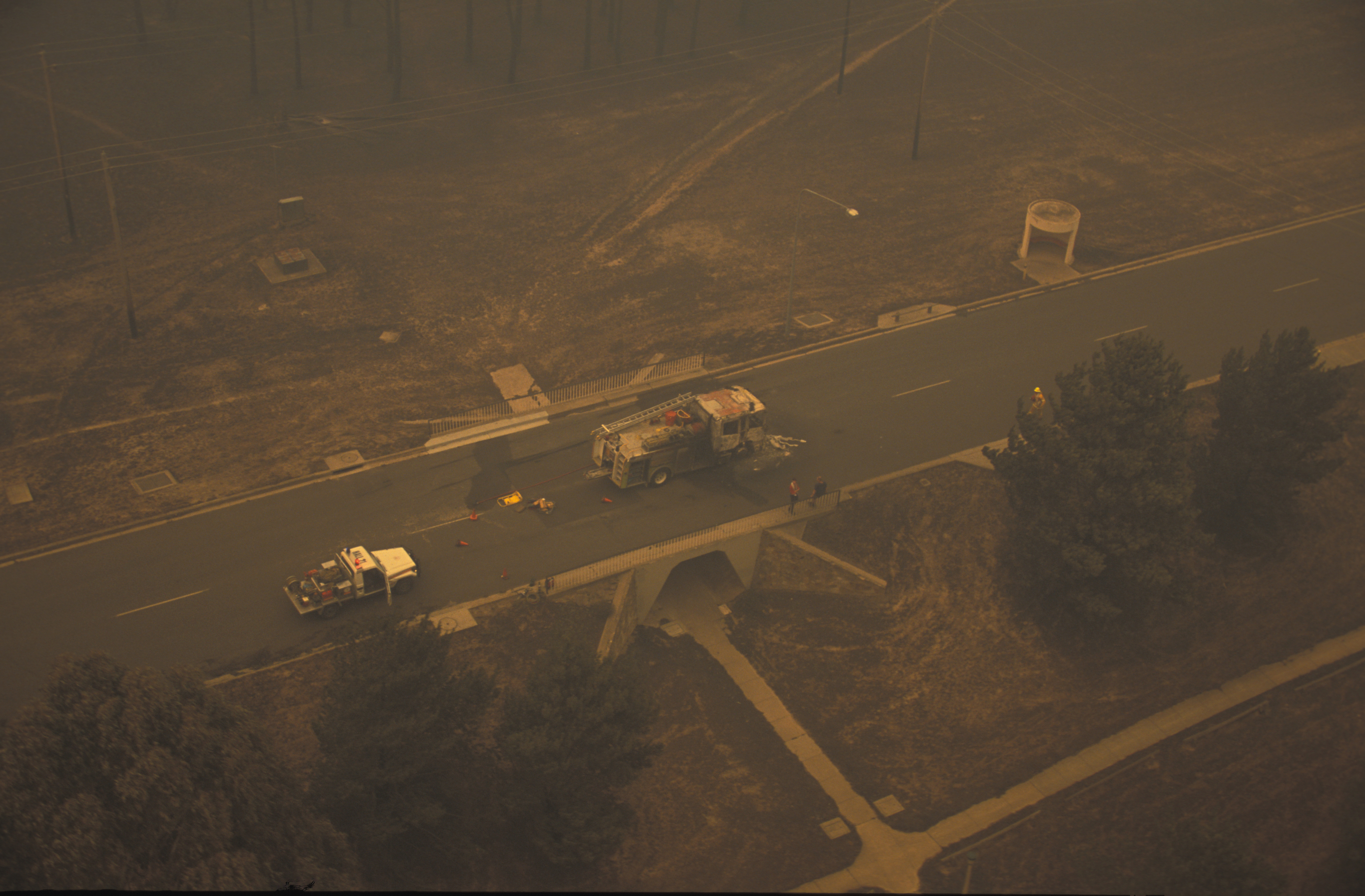 An independent report released this month by the ACT's independent Multi Hazard Advisory Council noted the government had implemented most of the recommendations from a string of inquiries into the 2003 disaster, but faulted its efforts to account for climate change.

"While the ACT government has undertaken a strategic climate change risk assessment, it largely focuses on threats to government assets and services and there appears to have been few practical actions implemented to combat the effects of climate change on bushfire risk," the council found.

"And those that have been implemented have been opportunistic rather than strategic."

Thomson has remained a volunteer firefighter since leaving the RFS a few years after the Canberra fires and now lives on a farm in NSW with her husband, also a firefighter. 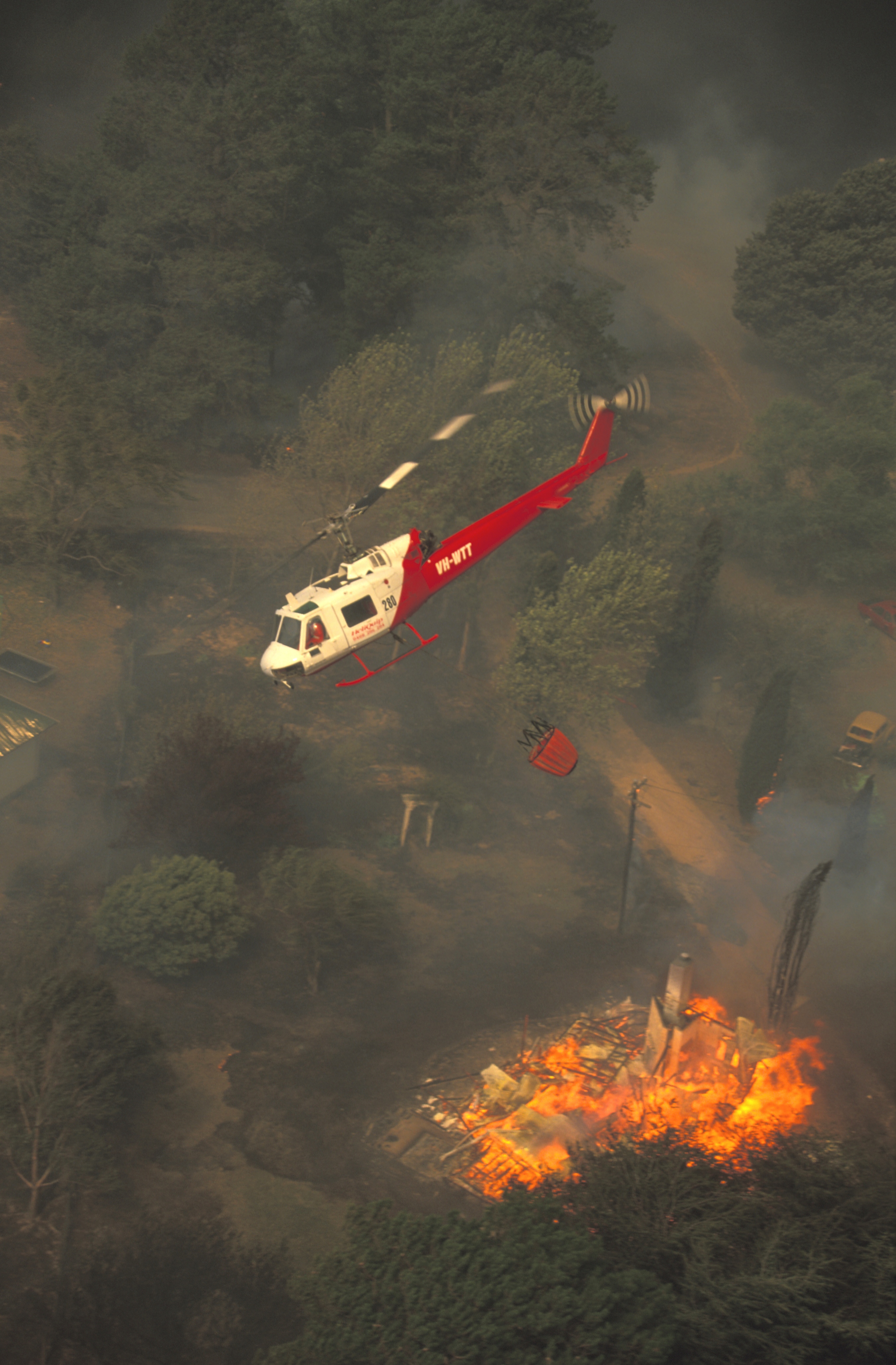 She urged authorities to start planning five to 10 years in advance instead of just looking at a seasonal outlook.

She was horrified by the prospect of the east coast's devastating 2019–2020 fire season becoming the "new normal" as some experts had predicted.

"I was working on those fires when they started in the August and we didn't finish until March," she said.

"Because, you know, seeing this devastation year after year after year, it's gonna take its toll on us mentally, physically, as well as the environment."

United Firefighters Union ACT branch Secretary Greg McConville accused the Emergency Services Agency of having failed to learn all the lessons from 20 years ago.

"ACT Fire and Rescue remains short of equipment and trucks," he said in a statement.

"The Acton Fire Station promised in 2021 to remain (a) vacant block of land, and organisations set up to protect Canberrans from bushfires have been scrapped." ACT Rural Fire Service Chief Officer Rohan Scott, standing just 200 metres from where he felt the "fear from the sheer intensity of the fire" he was battling in 2003, said the RFS was well-resourced and had enjoyed "significant improvements" since 2003.

He opened up about how in the days after the devastation, he and other firefighters felt they'd "let the community down".

"But you look at the sheer intensity of the fire and what actually evolved, we had a tornado out of that, which then had our SES crews out fixing houses with damage not by fire, but also by the tornado," he said.

"So when you look at what actually occurred, there wasn't much that we could actually do. All we did was lessen the impact.

"Whilst we lost 500 houses we should probably look at it the other way.

"We probably saved a couple of thousand houses during that time."

ACT Emergency Services Minister Mick Gentleman said he was "sure we'll be able to take onboard" the almost two dozen recommendations made by the Multi Hazard Advisory Council.

"Since that fire, of course, our emergency services agency is more prepared than ever before to respond and to prepare for bushfires, as you've seen over the recent couple of years," he said.

A memorial was set to be held﻿ in Stromlo Forest Park tonight.