When the Hunga Tonga-Hunga Ha'apai volcano erupted in January 2022, it sent shockwaves around the world.

Not only did it trigger widespread tsunami waves, but it also belched an enormous amount of climate-warming water vapour into the Earth's stratosphere.

Now researchers in a new report have unveiled something else: the eruption set off more than 25,500 lightning events in just five minutes.

READ MORE: Volcanic eruption 'erased everything' – it could happen again﻿ 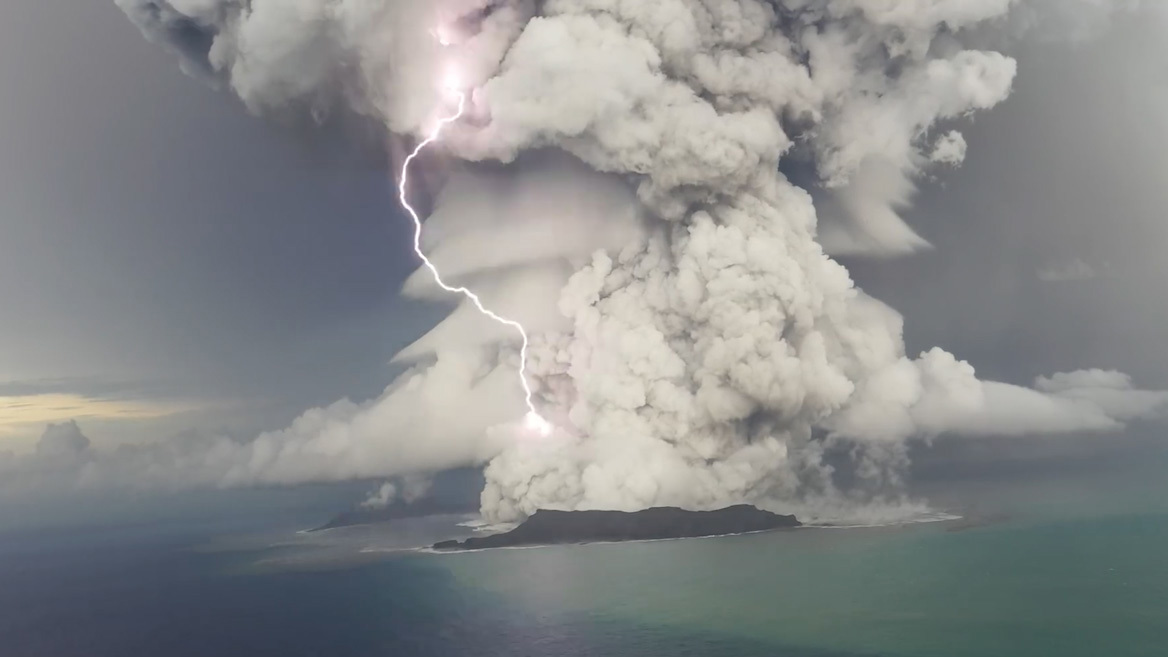 Over the course of just six hours, the volcano triggered nearly 400,000 lightning events.

Half of all the lightning in the world was concentrated around this volcano at the eruption's peak.

The "cataclysmic eruption" shattered "all records", according to the report from Vaisala, an environmental monitoring company that tracks lightning around the world.

"It's the most extreme concentration of lightning that we've ever detected," Chris Vagasky, meteorologist and lightning expert at Vaisala, told CNN. "We've been detecting lightning for 40 years now, and this is really an extreme event."

"We are continuing an upward trend in lightning," Vagasky said.

The World-Wide Lightning Location Network, another lightning monitoring network led by the University of Washington, which is not involved with the report, said Vaisala's findings about global lightning as well as the Hunga volcano are consistent with their own observations.

"We can do this because the stronger eruptions generate lightning, and lightning sends detectable radio signals around the world," Robert Holzworth, the director of the network, told CNN. 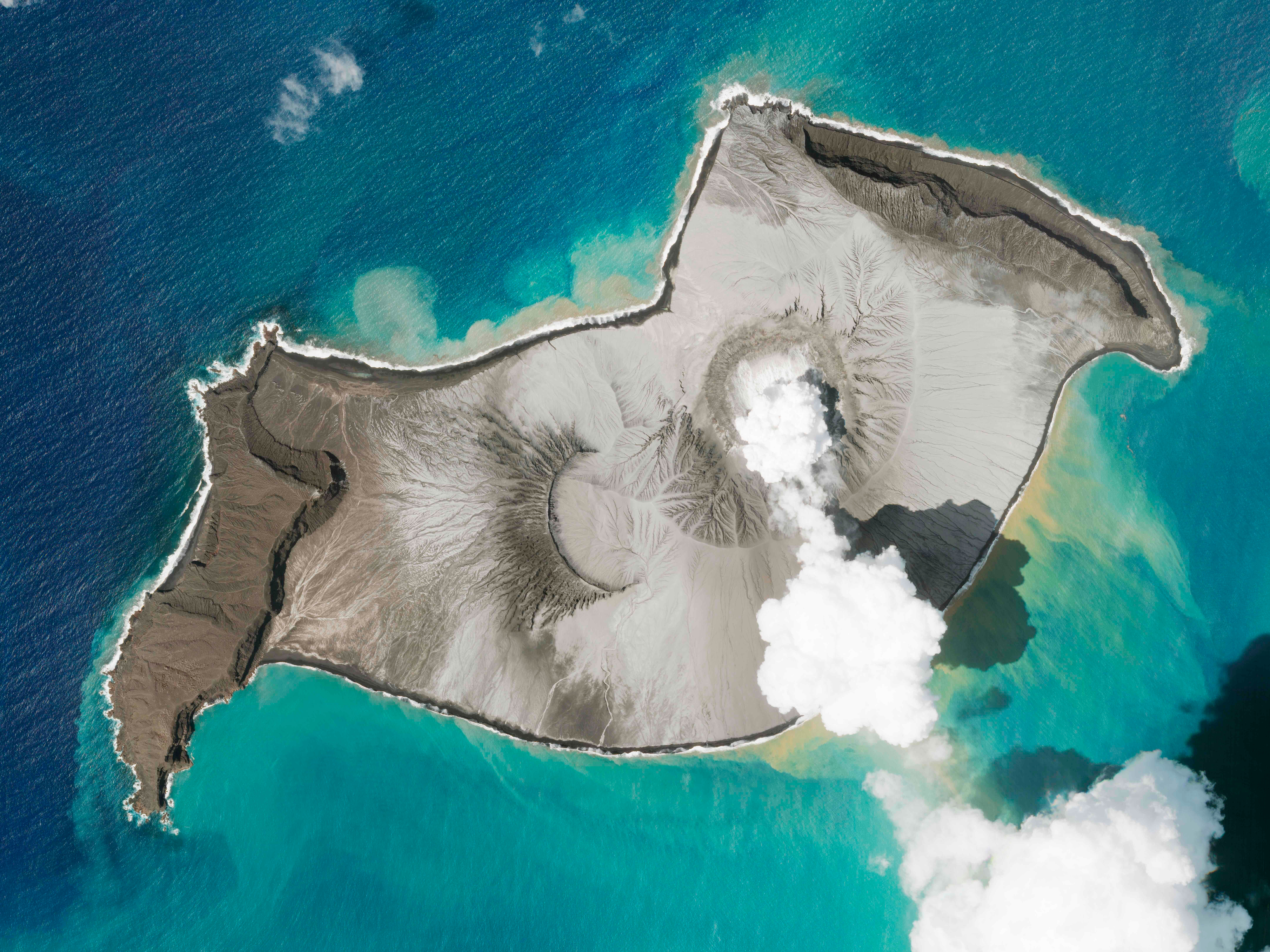 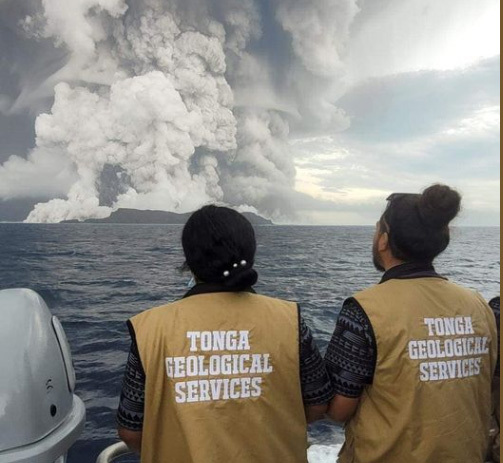 "The Hunga eruption was absolutely impressive in its lightning activity."

Researchers have used lightning as a key indicator of the climate crisis, since the phenomenon typically signals warming temperatures.

Lightning occurs in energetic storms associated with an unstable atmosphere, requiring relatively warm and moist air, which is why they primarily occur in tropical latitudes and elsewhere during the summer months.

But in 2022, Vaisala's National Lightning Detection Network found more than 1,00 lightning strokes in Buffalo, New York, during a devastating lake-effect snowstorm that dumped more than 76 centimetres of snow in the city, but piled historic totals in excess of six feet in the surrounding suburbs along Lake Erie. 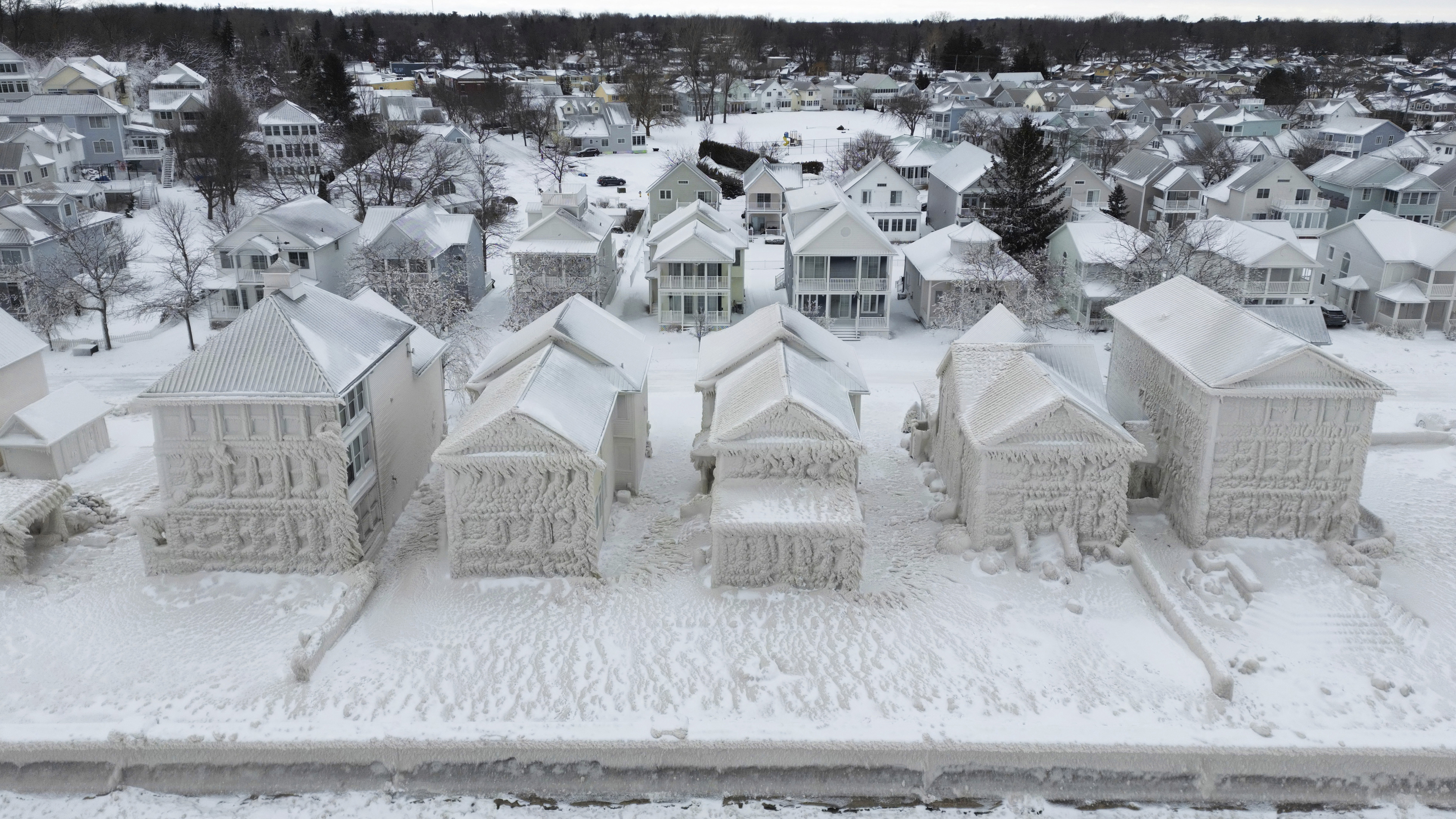 Lake-effect snow occurs when cold air blows over warm lake water, in this case from the Great Lakes.

The large difference in temperature can cause extreme instability in the atmosphere and lead to thunderstorm-like lightning even in a snow storm.

The report noted that many of these lightning events happened near wind turbines south of Buffalo, which Vagasky said was significant.

He explained that the ice crystal-filled clouds were lower to the ground than usual, scraping just above the blades of the turbines.

"That can cause what is known as self-initiated upward lightning," Vagasky said. "So the lightning occurs because you have charged at the tip of this wind turbine blade that is really close to the base of the cloud, and it's really easy to get a connection of the electric charge." 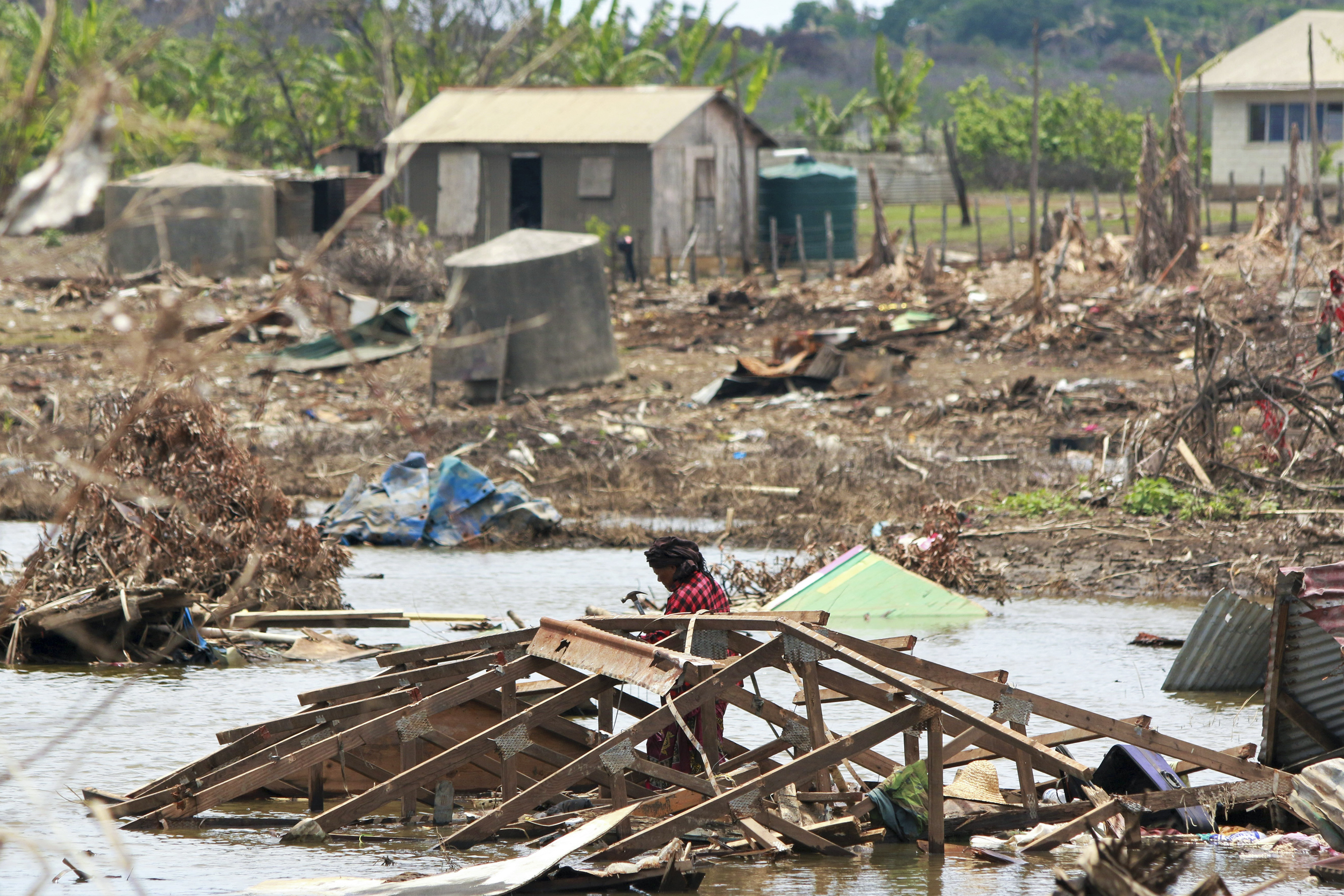 This is an area of ongoing research, he said, as the country turns to more clean energy alternatives.

"We're seeing bigger and bigger wind turbines, and certainly as we're putting in more and more wind energy and renewable energy, lightning is going to play a role in that," he said.

The report comes after an unusual year in 2021, when they found lightning strokes increased significantly in the typically frozen Arctic region, which scientists say is a clear sign of how the climate crisis is altering global weather.

"That trend closely tracks the observed average temperature changes over the northern hemisphere.

"This close tracking suggests, but does not prove, a climate change effect," McCarthy added.

Vagasky said lightning in colder areas will only amplify as the planet warms, noting that meteorologists and climatologists have been collecting more data to not only make the climate connections clear but also keep people safe.

"That's why they've named lightning as an essential climate variable," he said, "because it's important to know where it's occurring, how much is occurring, and so you can see how thunderstorms are trending as a result of changing climates."

Arrested man 'couldn't believe what he did on flight'

Call for action after man 20, killed in crash with truck carrying camels