Fighting the Omicron variant surging through the US, President Joe Biden announced today that the government will provide 500 million free rapid tests, increase support for hospitals under strain and redouble vaccination and boosting efforts.

In remarks at the White House, Mr Biden detailed major changes to his COVID-19 winter plan, his hand forced by the arrival of the fast-spreading variant, with properties not yet fully understood by scientists.

Yet his message was clear that the winter holidays could be close to normal for the vaccinated while potentially dangerous for the unvaccinated.

His pleas are not political, he emphasised.

Mr Biden noted that former President Donald Trump has gotten his booster shot, and he said it's Americans' "patriotic duty" to get vaccinated.

"It's the only responsible thing to do," the president said. "Omicron is serious and potentially deadly business for unvaccinated people."

Mr Biden chastised social media and people on cable TV who have made misleading statements to discourage people from getting vaccinated.

The outbreak from this latest strain of the coronavirus has required the federal government to get more aggressive in addressing the likely wave of infections, but Mr Biden promised a weary nation that there would not be a mass lockdown of schools or businesses.

"I know you're tired, and I know you're frustrated. We all want this to be over. But we're still in it," Mr Biden said.

"We also have more tools than we had before. We're ready, we'll get through this."

Scientists don't yet know everything about Omicron yet, but they do know that vaccination should offer strong protections against severe illness and death.

The variant has spread at such an alarming rate that the Biden administration snapped quickly into action to offer new tests and additional aid.

A cornerstone of the plan is Mr Biden's decision for the government to purchase 500 million coronavirus rapid tests for free shipment to Americans starting in January.

People will use a new website to order their tests, which will then be sent by US mail at no charge, the White House said.

It marks a major shift for Mr Biden, who earlier had called for many Americans to purchase the hard-to-find tests on their own and then seek reimbursement from their health insurance.

For the first time, the US government will send free COVID-19 tests directly to Americans, after more than a year of urging by public health experts. 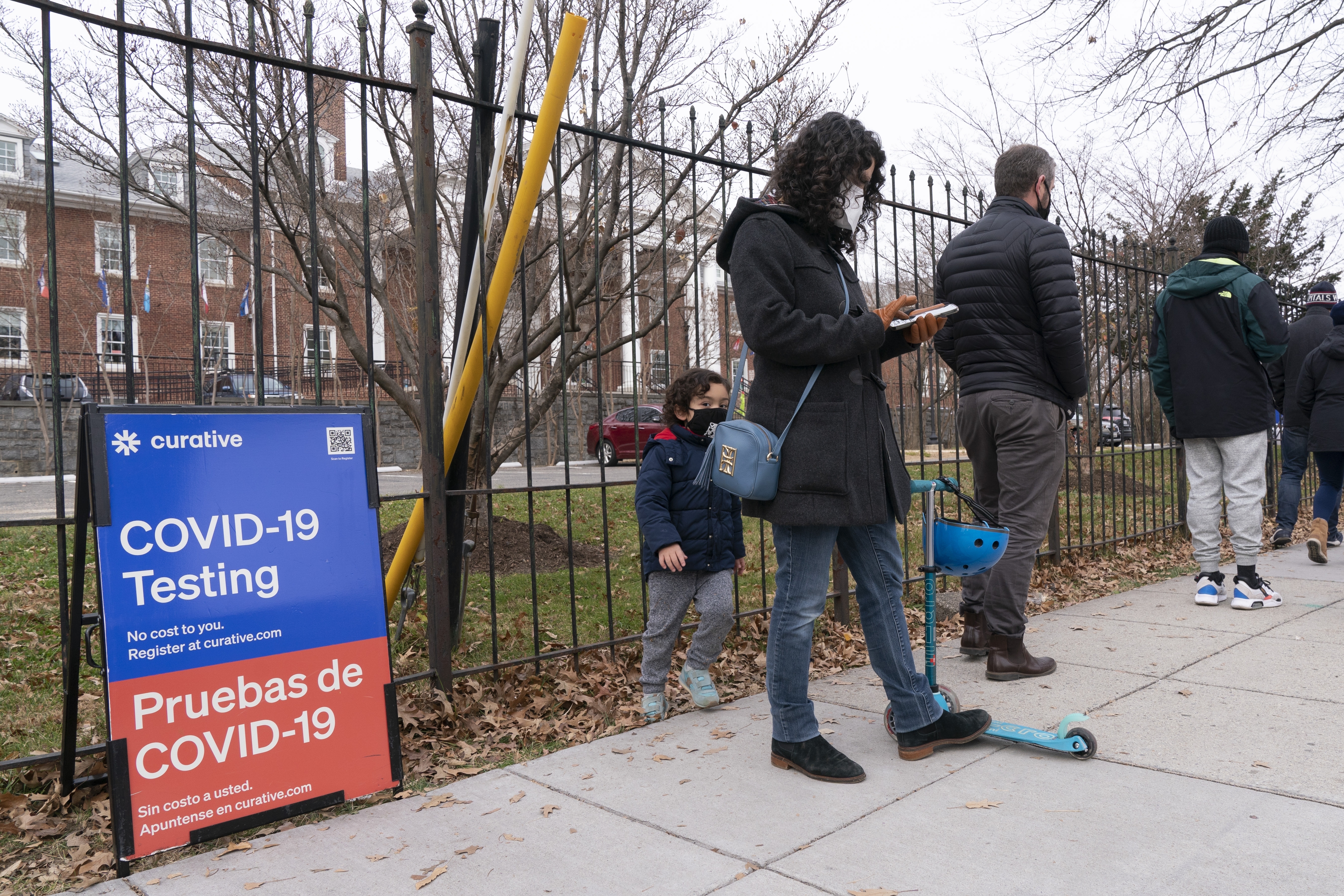 Experts had criticised Mr Biden's initial buy-first, get-paid-later approach as unwieldy and warned that the US would face another round of problems with testing at a critical time.

Testing advocates point to places like the UK and Germany, which have distributed billions of tests to the public and recommend people test themselves twice a week.

The federal government will also establish new testing sites and use the Defense Production Act to help manufacture more tests.

The first new federally supported testing site will open in New York this week. The new testing sites will add to 20,000 already available. 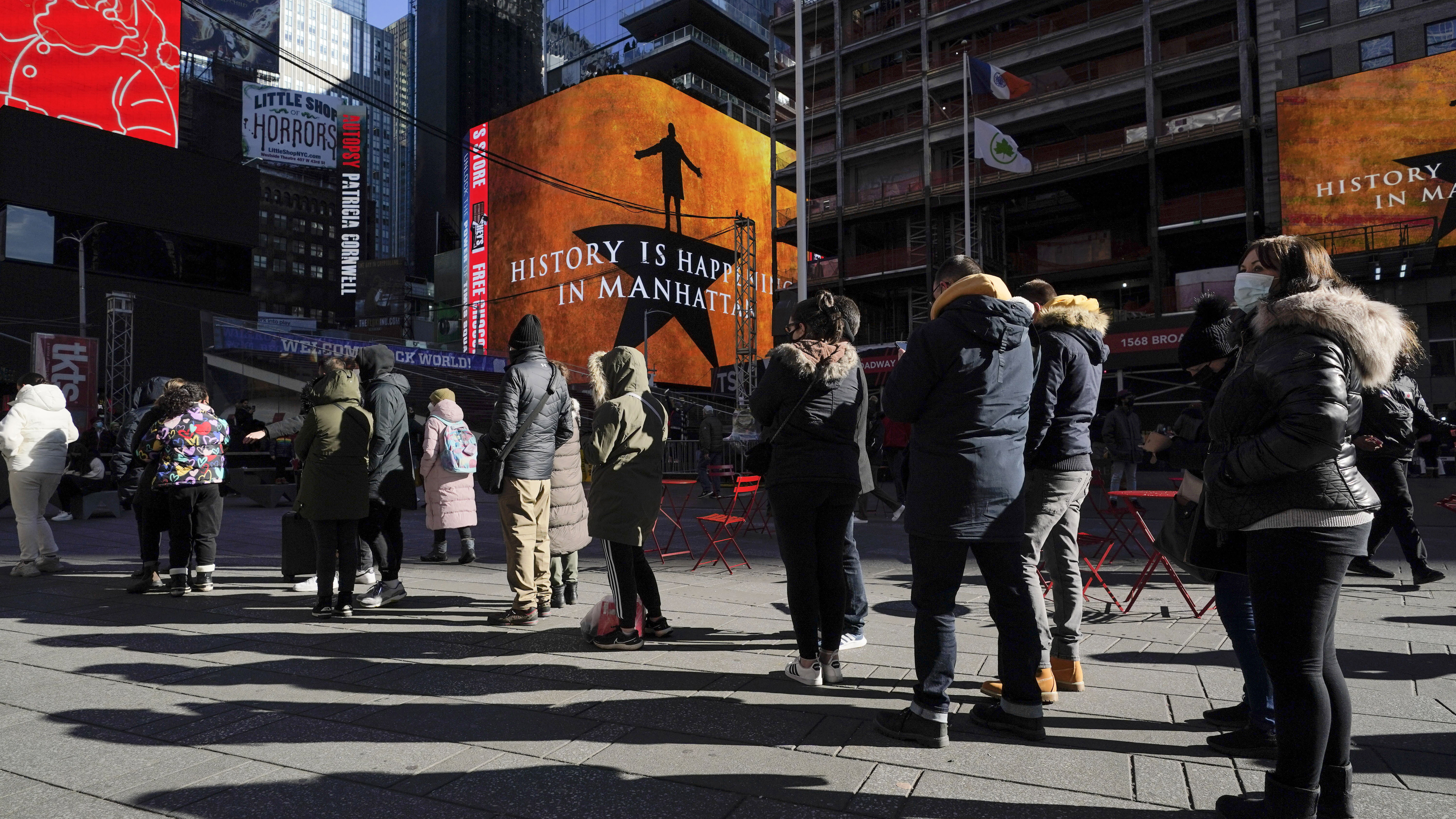 White House officials said they're working with Google so that people will be able to find them by searching "free COVID test near me".

Still, Mr Biden's testing surge would need to be supported by a further jump in production for all Americans to test at the recommended rate of twice weekly.

The US would need 2.3 billion tests per month for everyone 12 and older to do that, according to the nonprofit Kaiser Family Foundation. That's nearly five times the half-billion tests Biden will deploy.

Currently, the US can conduct about 600 million tests per month, with home tests accounting for about half, according to researchers from Arizona State University.

In another prong to Mr Biden's amped-up plan, he is prepared to deploy an additional 1000 troops with medical skills to assist hospitals buckling under the virus surge.

There are also plans to ready additional ventilators and protective equipment from the national stockpile, expanding hospital resources.

As a backstop, the Federal Emergency Management Agency will deploy hundreds of ambulances and paramedic teams so that if one hospital fills up, they can transport patients to open beds in other facilities. 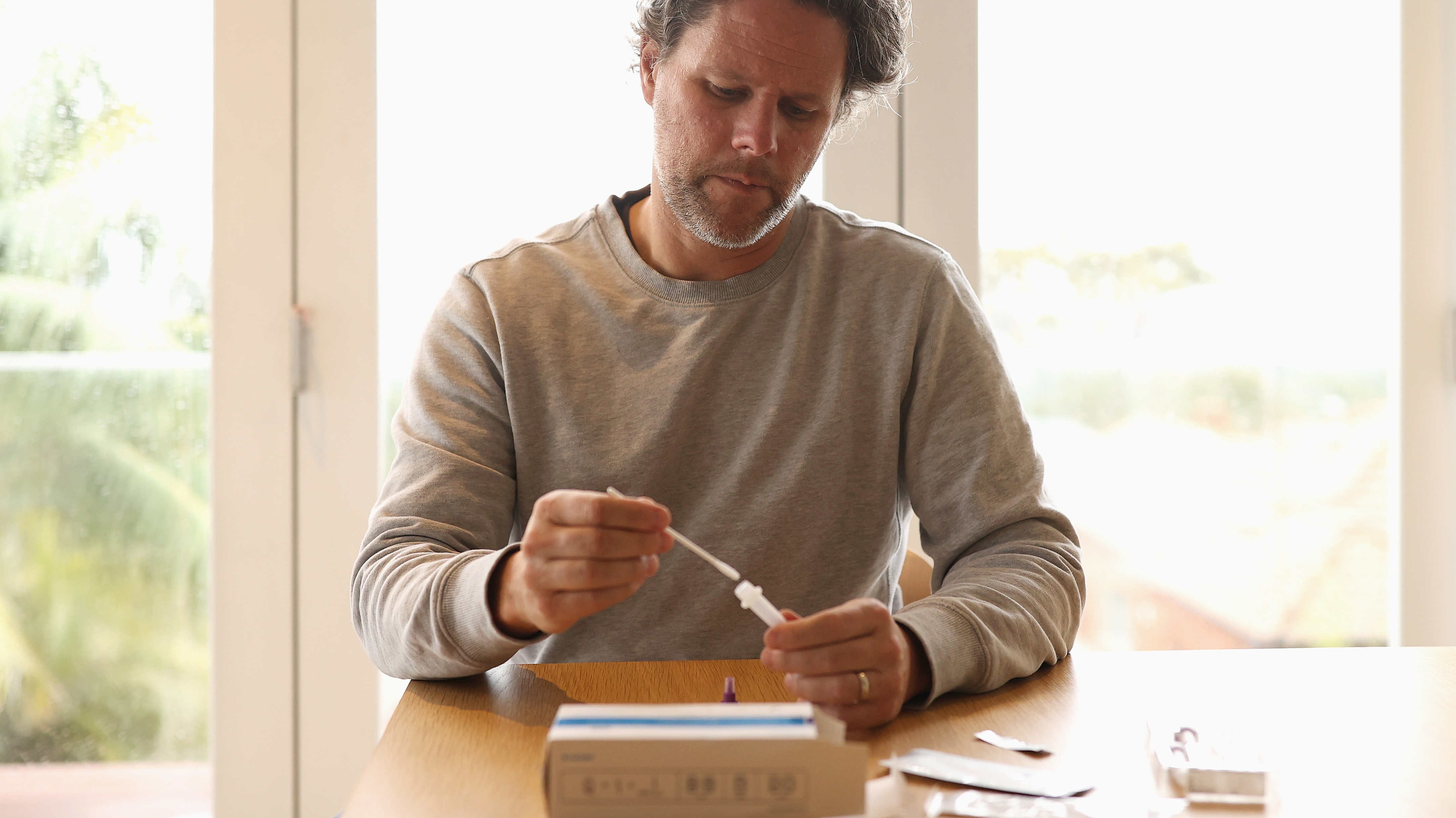 READ MORE: Dad of child who died in hot car calls for action

Ambulances are already headed to New York and Maine, and paramedic teams are going to New Hampshire, Vermont and Arizona.

But vaccination remains the main defence, since it can head off disease in the first place. The government will support multiple vaccination sites and provide hundreds of personnel to administer shots.

New rules will make it easier for pharmacists to work across state lines to administer a broader range of shots.

Some prominent experts said that Mr Biden's plan is a step in the right direction but the president hasn't gone far enough to try to get ahead of the virus, given the risks of infections and hospitals being overwhelmed.

"I don't know that the measures being proposed are going to be adequate," said Dr Peter Hotez, dean of the National School of Tropical Medicine at Baylor College of Medicine in Houston.

Dr Hotez said the government may need go a step further by authorising a second booster shot for health care workers to prevent infections that would sideline clinicians when all hands are needed.

Dr Eric Topol, professor of molecular medicine at Scripps Research in La Jolla, California, said the administration "finally sees the light" on testing with Mr Biden's plan to ship 500 million tests, but the type of test being provided is important at a time when the disease can spread quickly.

"We don't have control of this pandemic here," said Dr Topol. "We need to pull out all the stops, and we're not doing that still."

Dr Topol said the government could redefine "fully vaccinated" as three shots instead of two of the Pfizer and Moderna vaccines, Mr Biden could order the Federal Aviation Administration to bar air travel by people who are not fully vaccinated, and the government could use its authority to ramp up production of high quality masks for free distribution.

"There's a lack of boldness," Dr Topol said. "I am disappointed." 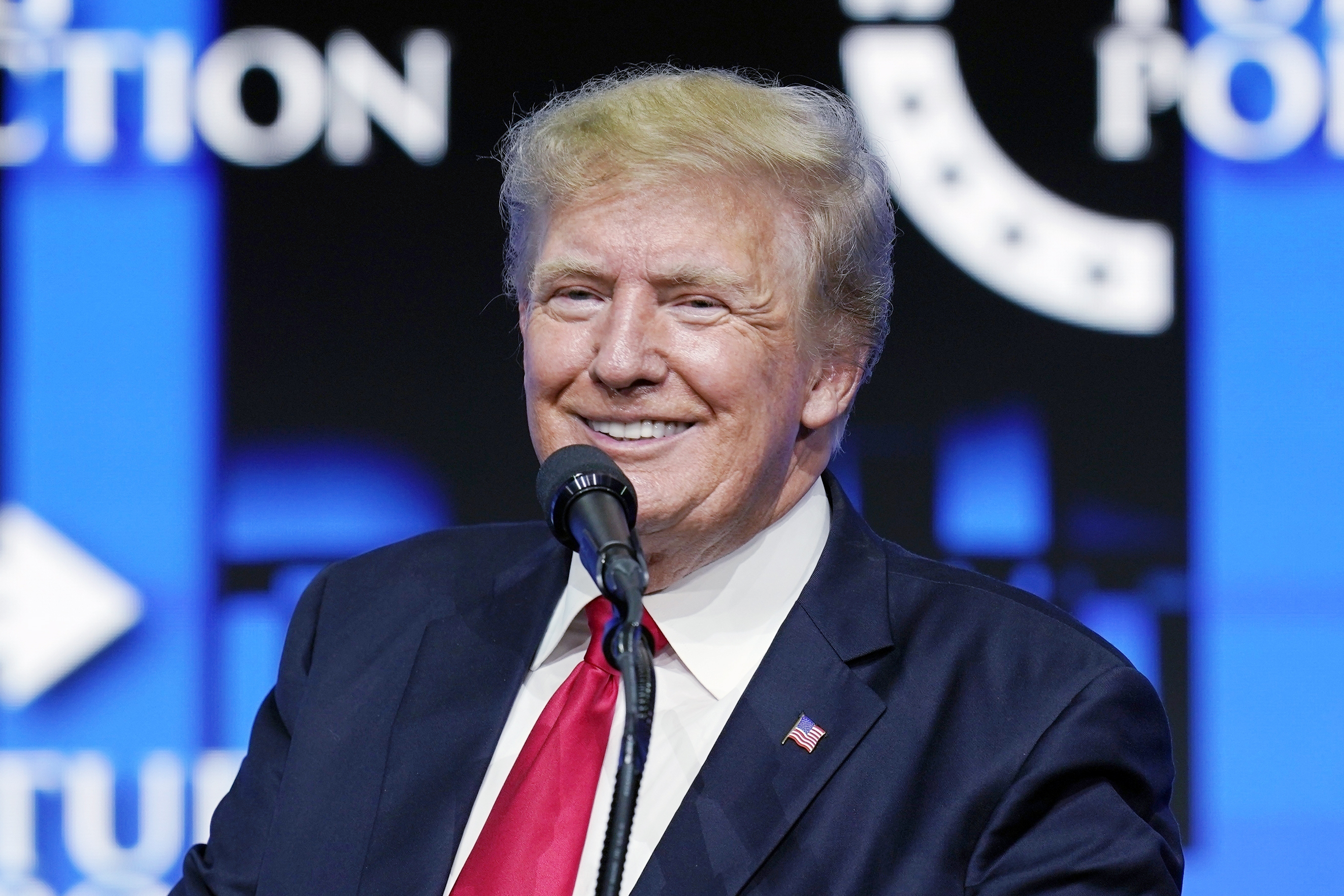 READ MORE: 'An event cancelled is better than a life cancelled'

Scientists say Omicron spreads even more easily than other coronavirus strains, including Delta. It accounted for nearly three-quarters of new US infections last week.

Underscoring the reach of the virus, the White House said late Monday that Mr Biden had been in close contact with a staff member who later tested positive for COVID-19.

The staffer spent about 30 minutes around the president on Air Force One on Friday. The staffer, who was fully vaccinated and boosted, tested positive Monday, White House press secretary Jen Psaki said.

In New York City, nearly 42,600 people citywide tested positive from today through to Saturday — compared with fewer than 35,800 in the entire month of November. The city has never had so many people test positive in such a short period of time since testing became widely available.

Popular Christmas present could sting you with hefty fine