Dangerous jet ski riders have been put on notice amid a police blitz on Victoria's waterways.

﻿Over the weekend, officers targeted riders on Lake Eppalock, a popular hotspot outside of Melbourne.

﻿A 24-year-old Melton man was among those charged, after being caught without a licence while operating a jet ski on the waterway.

"People don't realise how powerful and heavy jetskis are and what sort of damage they can do.

"(People) flick others with water, ride too close and sometimes those jet skis become uncontrollable." 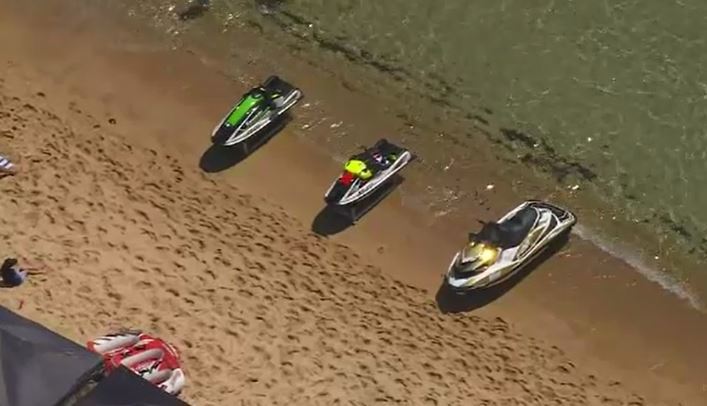 Just days ago, a jet ski rider who allegedly rode dangerously close to a boat at a Melbourne beach was charged by police.

The ﻿incident at Mornington Peninsula, which was captured on video by a passenger, allegedly involved the teenager deliberately spraying the occupants of the boat with water before speeding off.

Acting Sergeant Clappison said any illegal behaviour would not be tolerated.

Police will continue to patrol holiday hotspots, beaches and waterways across Victoria.

Calls to ban Kayne West from Australia after anti-Semitic comments