Without a key witness, the House committee investigating the January 6 Capitol riot opened its hearing on Monday after a scrambled delay as Donald Trump's former campaign manager Bill Stepien abruptly pulled out of testifying, citing a family emergency.

The committee was told that Stepien's wife was in labour, according to the panel's chairman, Rep. Benny Thompson, D-Miss. The hearing start time was pushed back while the changes were worked out.

Stepien is a key witness as the panel delves deeper into what it calls the "big lie", the defeated Republican president's false claims of voter fraud that fuelled his efforts to overturn the 2020 election and provoked a mob of his supporters to lay siege to the US Capitol.

Instead of Stepien's live testimony, the panel was showing his previously recorded interview with the panel, given behind closed doors, about what the campaign team was telling Trump as he lost the 2020 presidential election. A longtime Trump ally, Stepien had been subpoenaed to appear at the open hearing, and it was unclear if he would have been a cooperative witness.

Monday's hearing did feature other live witnesses, including Chris Stirewalt, a former Fox News Channel political editor who declared on Election Night that Arizona was being won by Biden.

Chairman Thompson opened the hearing saying Trump "betrayed the trust of the American people" and "tried to remain in office when people had voted him out."

Committee members say they have uncovered enough evidence for the Justice Department to consider an unprecedented criminal indictment against the former president. 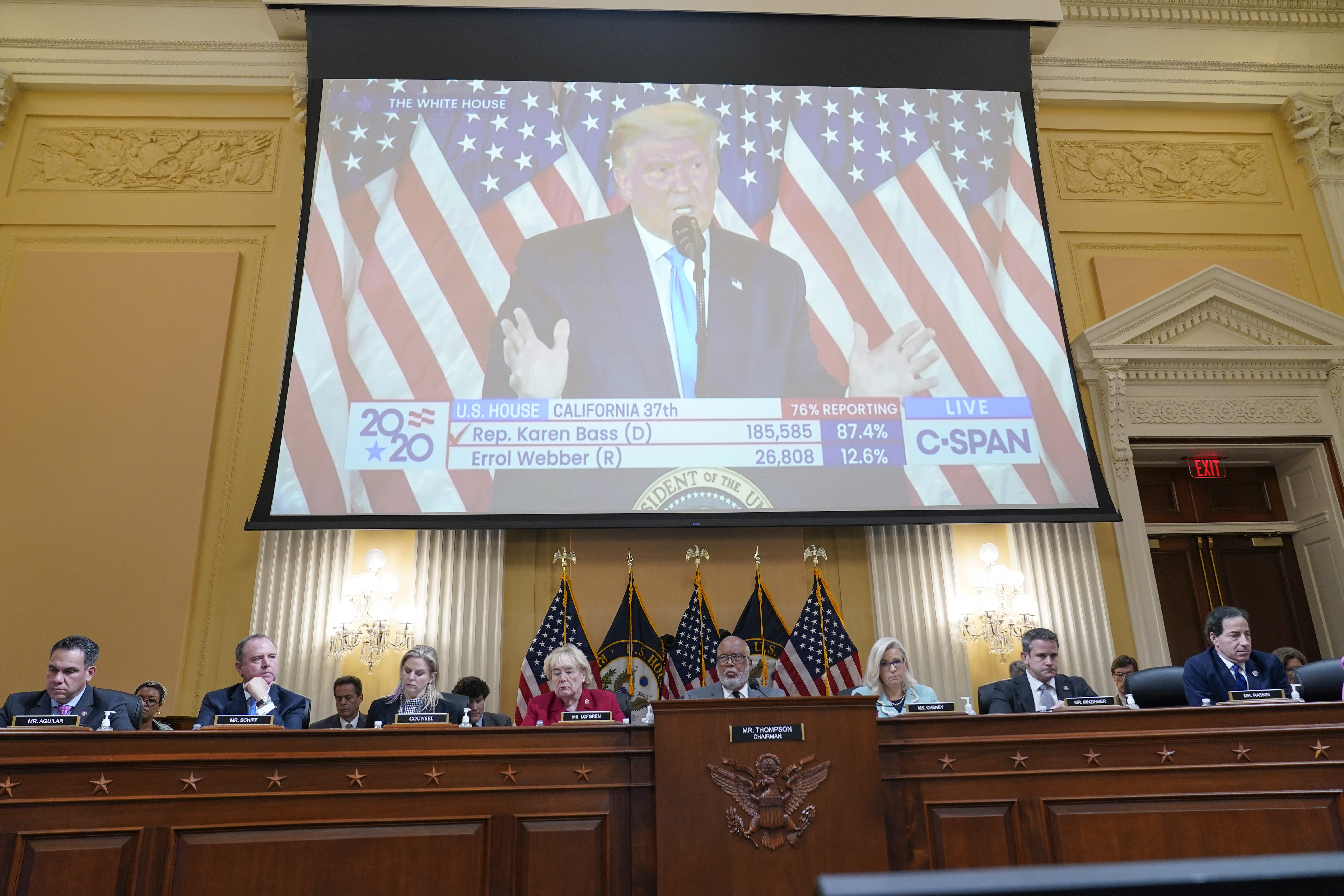 For the past year, the committee has been investigating the most violent attack on the Capitol since the War of 1812 to ensure such an assault never happens again. Lawmakers hope to show that Trump's effort to overturn Joe Biden's election victory posed a grave threat to democracy.

Stepien, who remains close to Trump, oversaw the "conversion" of Trump's presidential campaign to a "Stop the Steal" effort, according to a subpoena issued by the committee last fall. He was to face questions about what those in Trump's inner circle were telling the president about the election results. Stepien is now a top campaign adviser to the Trump-endorsed House candidate, Harriet Hageman, who is challenging Cheney in the Wyoming Republican primary election. 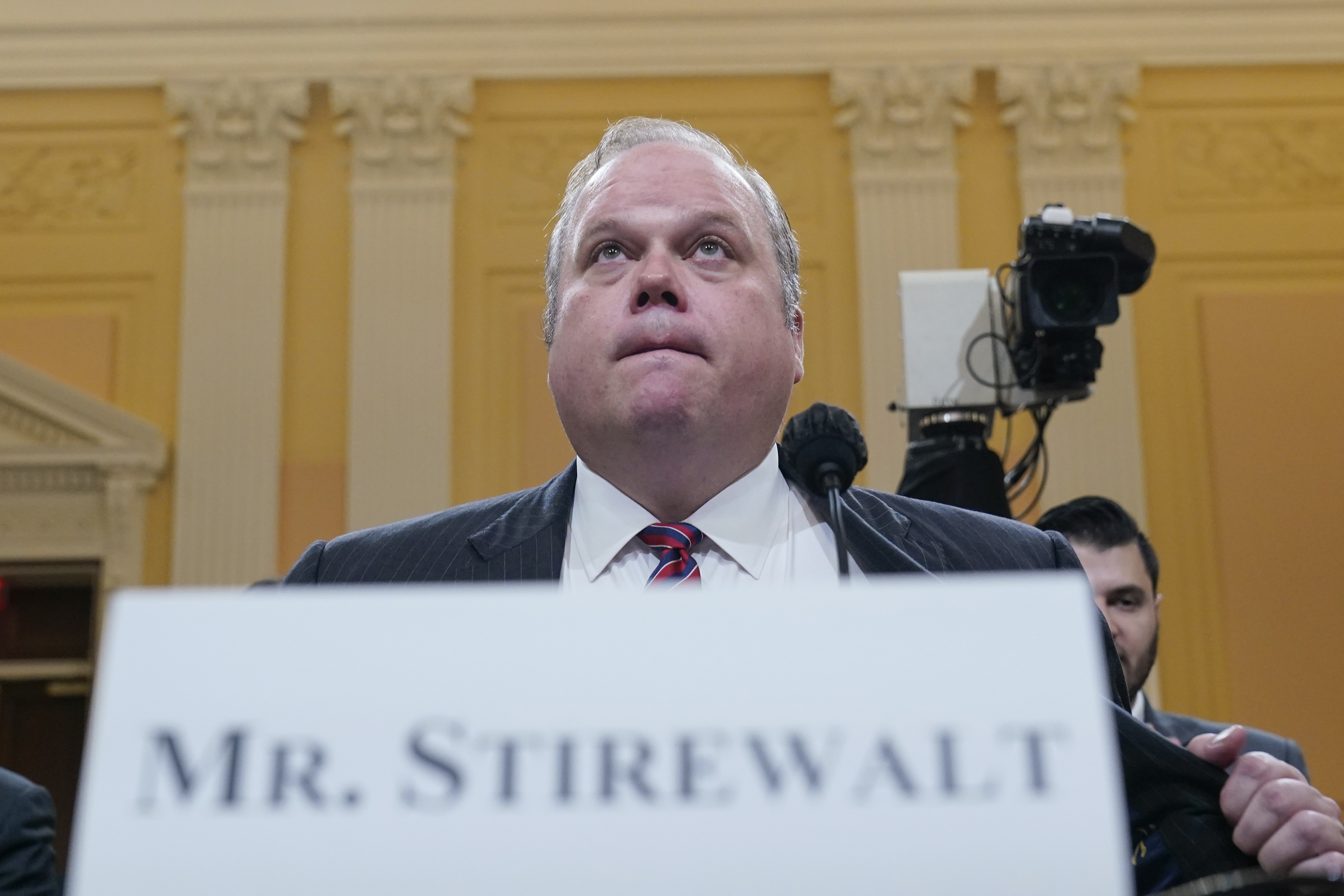 The committee is also to hear testimony from Chris Stirewalt, a former Fox News Channel political editor closely involved in election night coverage who stood by the decision to declare Arizona as being won by Biden. He wrote about his experiences later in an op-ed and might be asked about Trump's actions as Fox New declared states Biden won.

A second group of witnesses testifying Monday was to be made up of election officials, investigators and experts who were likely to discuss Trump's responses to the election, including dozens of failed court challenges, and how his actions diverged from US norms.

Among them those witnesses is the former US attorney in Atlanta, BJay Pak, who abruptly resigned after Trump pressured Georgia state officials to overturn his presidential defeat. Trump wanted to fire Pak as disloyal, but Pak stepped down after Trump's call urging Georgia Secretary of State Brad Raffensperger to "find" enough votes to overturn Biden's win in the state became public.

The panel will also hear from former Philadelphia City Commissioner Al Schmidt, the only Republican on the election board and who faced down criticism as the state's election was called for Biden, and noted Washington attorney and elections lawyer Benjamin Ginsberg. 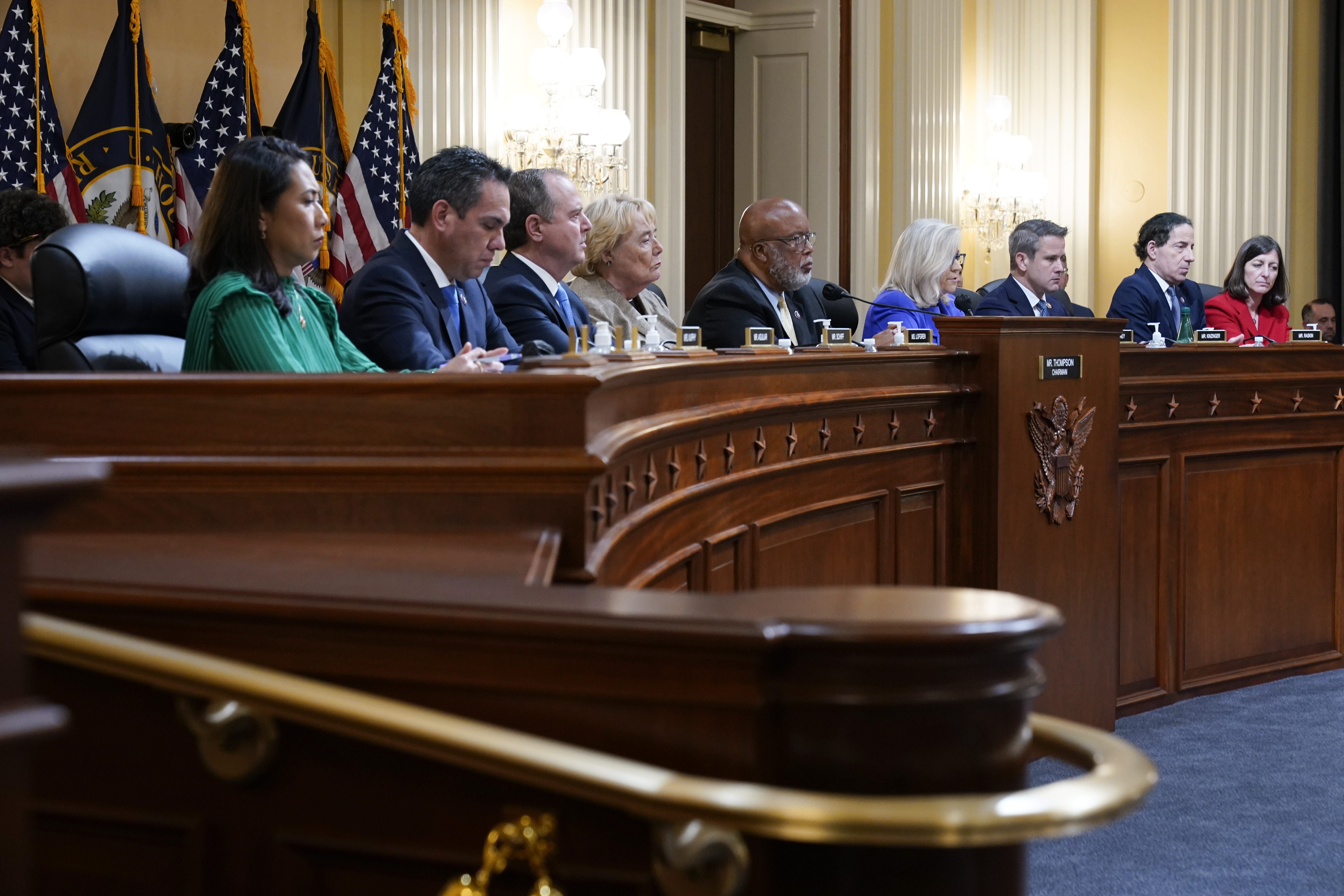 As he mulls another White House run, Trump insists the committee's investigation is a "witch hunt." Last week he said January 6 "represented the greatest movement in the history of our country."

Nine people died in the riot and its aftermath, including a Trump supporter shot and killed by police. More than 800 people have been arrested in the siege, and members of two extremist groups have been indicted on rare sedition charges over their roles leading the charge into the Capitol.

In its prime-time hearing, the committee laid out how Trump was told over and over again by his trusted aides and officials at the highest levels of government that there was no election fraud on a scale that could have changed the outcome. But Trump pursued his false claims about the election and beckoned supporters to Washington on January 6 to overturn Biden's victory as Congress was set to certify the Electoral College results. Additional evidence is to be released in hearings this week focusing on Trump's decision to ignore the outcome of the election and the court cases that ruled against him.

Monday's hearing was also turning to the millions of dollars Trump's team brought in fundraising in the run-up to January 6, according to a committee aide who insisted on anonymity to discuss the details.

The committee has said most of those interviewed in the investigation are coming forward voluntarily, although some have wanted subpoenas to appear in public.

Lawmakers indicated that perhaps their most important audience member over the course of the hearings may be Attorney General Merrick Garland, who must decide whether his department can and should prosecute Trump. They left no doubt as to their own view whether the evidence is sufficient to proceed.

"Once the evidence is accumulated by the Justice Department, it needs to make a decision about whether it can prove to a jury beyond a reasonable doubt the president's guilt or anyone else's," said Rep. Adam Schiff, D-Calif, a panel member.. "But they need to be investigated if there's credible evidence, which I think there is." Rep. Jamie Raskin, D-Md., another member said on CNN he doesn't intend to "browbeat" Garland but noted the committee has already laid out in legal pleadings criminal statutes they believe Trump violated.

"I think that he knows, his staff knows, the U.S. attorneys know, what's at stake here," Raskin said.

No president or ex-president has ever been indicted. Garland has not said whether he would be willing to prosecute.

Man charged with Sydney murder after handing himself in to police