'It's been all my life': How Lisa Marie followed a legacy like no other Lisa Marie Presley, the only child of Elvis and Priscilla Presley, shared her father's brooding charisma — the hooded eyes, the insolent smile, the low, sultry voice.

"It's been all my life," she said in 2012, speaking of her father's influence. "It's not something that I now listen to and it's different. Although I might listen closer. I remain consistent on the fact that I've always been an admirer. He's always influenced me."

She would also make headlines with her controversial and high-profile marriages, as well as a struggle with drugs.﻿

But right up until her death, following a medical emergency at the age of 54, singer-songwriter Lisa Marie was a dedicated keeper of her father's legacy.

She even formed direct musical ties with her father, joining her voice to such Elvis recordings as "In the Ghetto" and "Don't Cry Daddy," a mournful ballad which had reminded him of the early death of his mother (and Lisa Marie's grandmother), Gladys Presley.

"It's been all my life," she said in 2012, speaking of her father's influence. "It's not something that I now listen to and it's different. Although I might listen closer. I remain consistent on the fact that I've always been an admirer. He's always influenced me."

In the spotlight from birth﻿

Her birth, nine months exactly after her parents' wedding, was international news and her background was rarely far from her mind. With the release last year of Baz Luhrmann's major musical feature "Elvis," Lisa Marie and Priscilla Presley had been attending red carpets and award shows alongside stars from the film.

She was at the Golden Globes on Tuesday, on hand to celebrate Austin Butler's award for playing her father. Just days before, she was in Memphis at Graceland — the mansion where Elvis lived, and died — on January 8 to celebrate her father's birth anniversary. 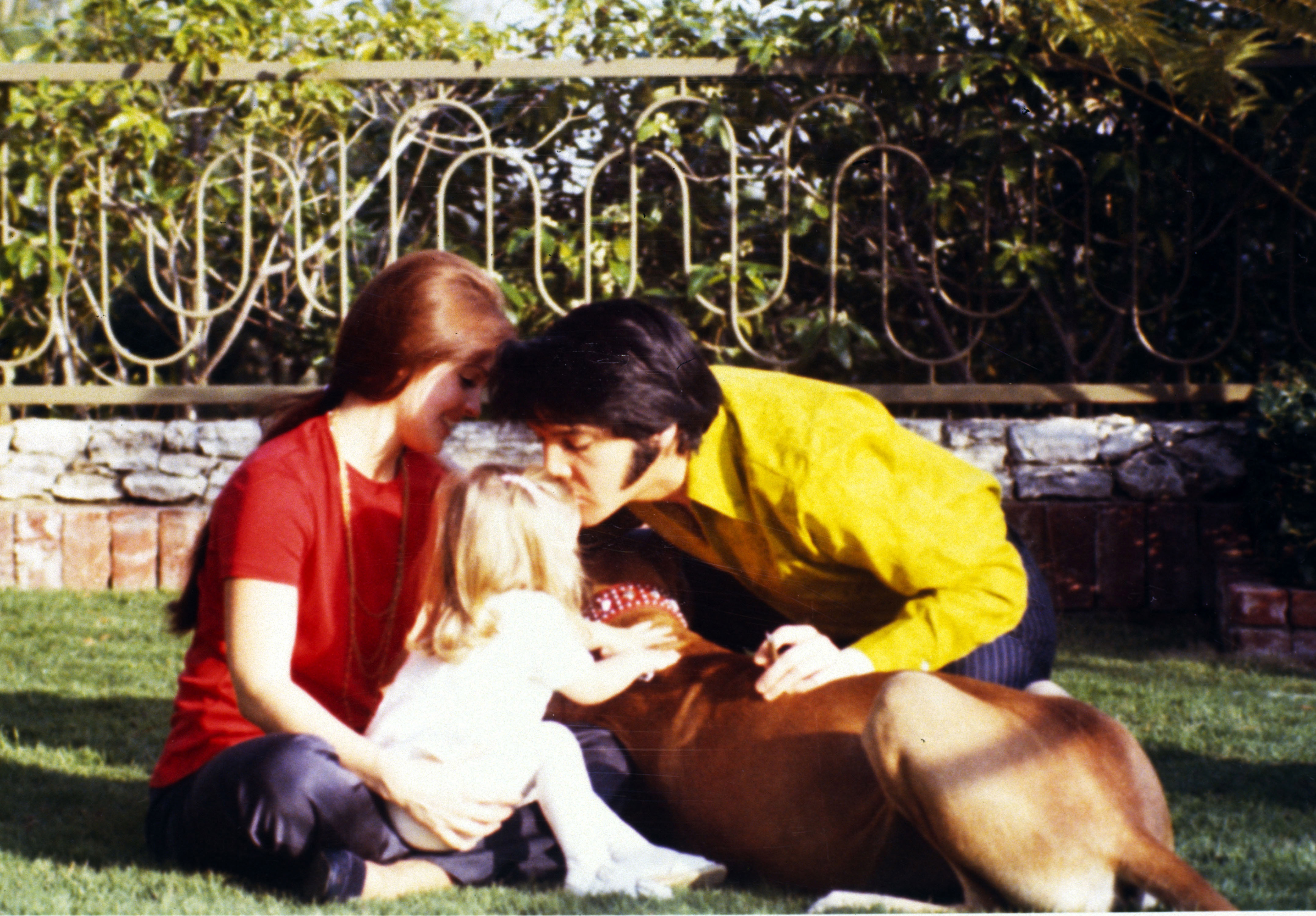 Presley lived with her mother, an actor known for "Dallas" and the "Naked Gun" movies, in California after her parents split up in 1973. She recalled early memories of her dad during her visits to Graceland, riding golf carts through the neighbourhood and seeing his daily entrances down the stairs.

"He was always fully, fully geared up. You'd never see him in his pyjamas coming down the steps, ever," she told The Associated Press in 2012.

"You'd never see him in anything but 'ready to be seen' attire." 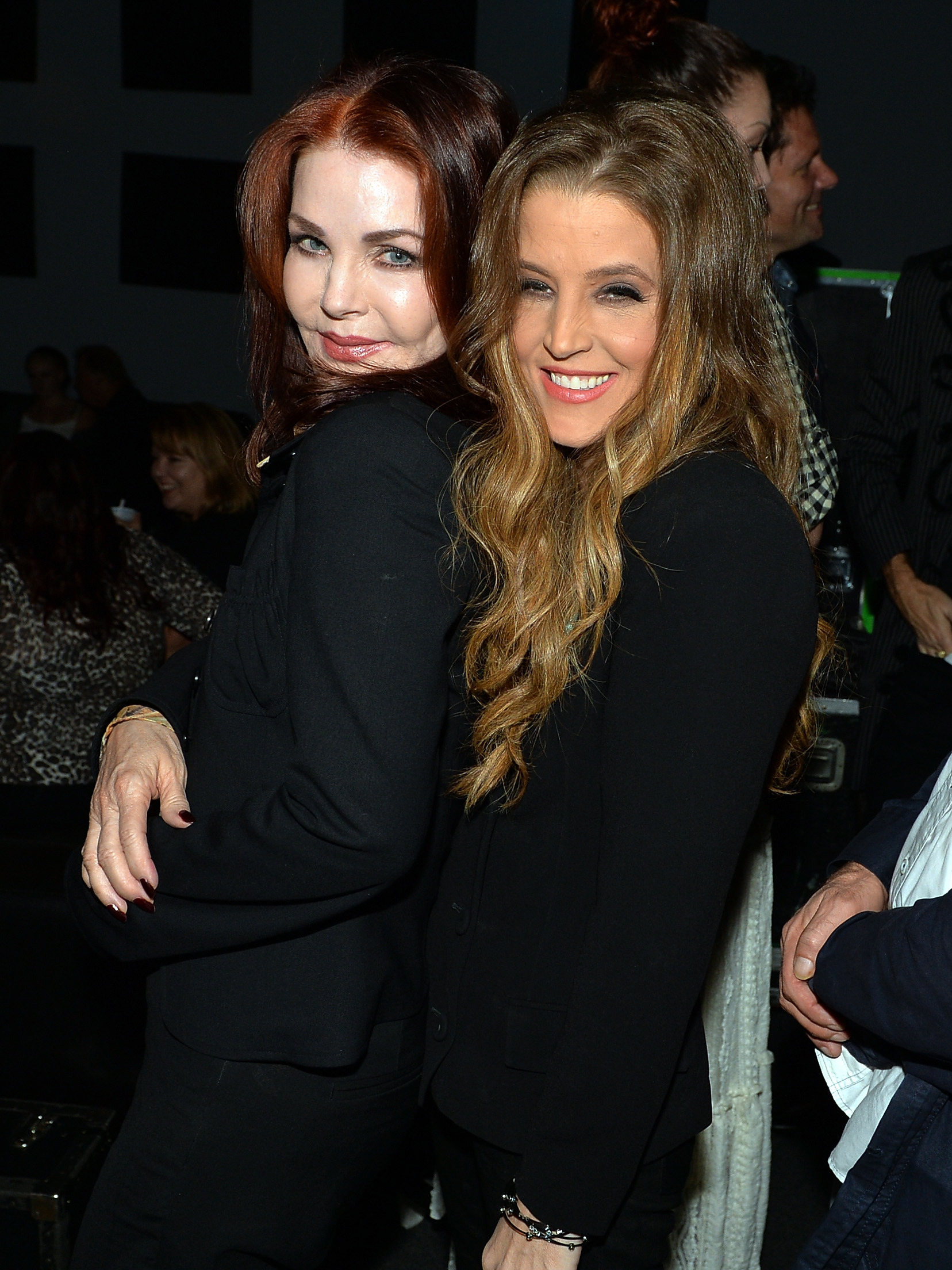 Lisa Marie was staying at Graceland at the time and would recall him kissing her goodnight hours before he would collapse and never recover. When she next saw him, the following day, he was lying face down in the bathroom.

"I just had a feeling," she told Rolling Stone in 2003. "He wasn't doing well. All I know is I had it (a feeling), and it happened. I was obsessed with death at a very early age."

She would later make headlines of her own. Struggles with drugs and some very public marriages. Her four husbands included Michael Jackson and Nicolas Cage.

Jackson and Presley were married in the Dominican Republic in 1994, but the marriage ended two years later and was defined by numerous awkward public appearances, including an unexpected kiss from Jackson during the MTV Video Music Awards and a joint interview with Diane Sawyer when she defended her husband against allegations he had sexually abused a minor. 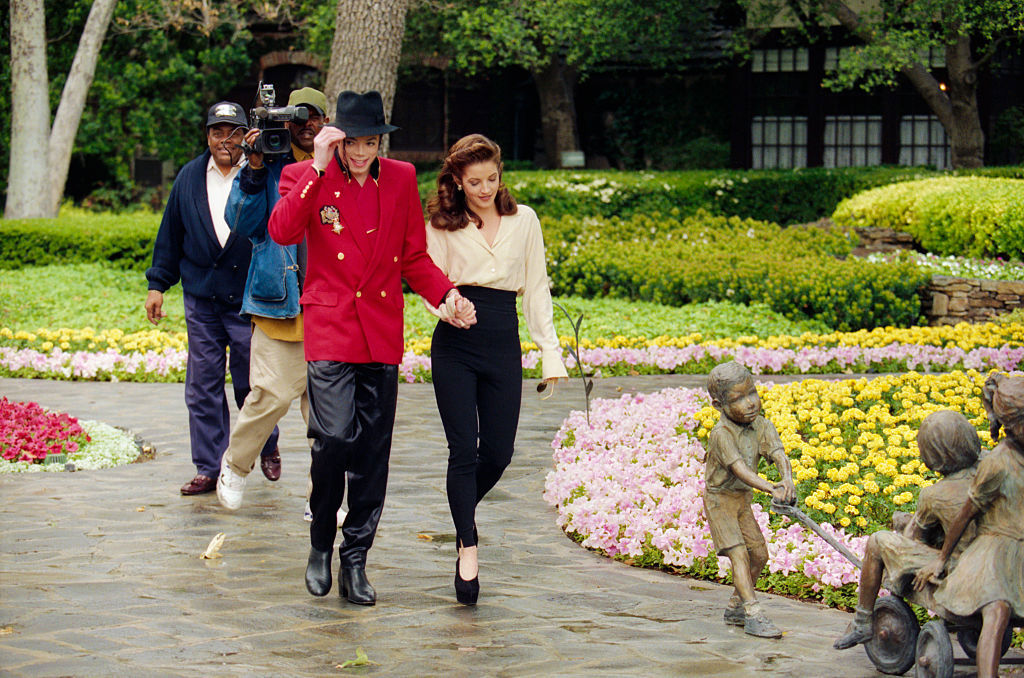 Her other celebrity marriage was even shorter: Cage filed for divorce after four months of marriage in 2002.

"But now I can also look back at it and tell you all the stuff that was going on around me and all the different people around me and all the awww — and it was not a good situation anyway. That wasn't helping. Either way, it was a growing process. It was just in a different way. It was just out in front of everybody all the time. Because it's all documented of course." 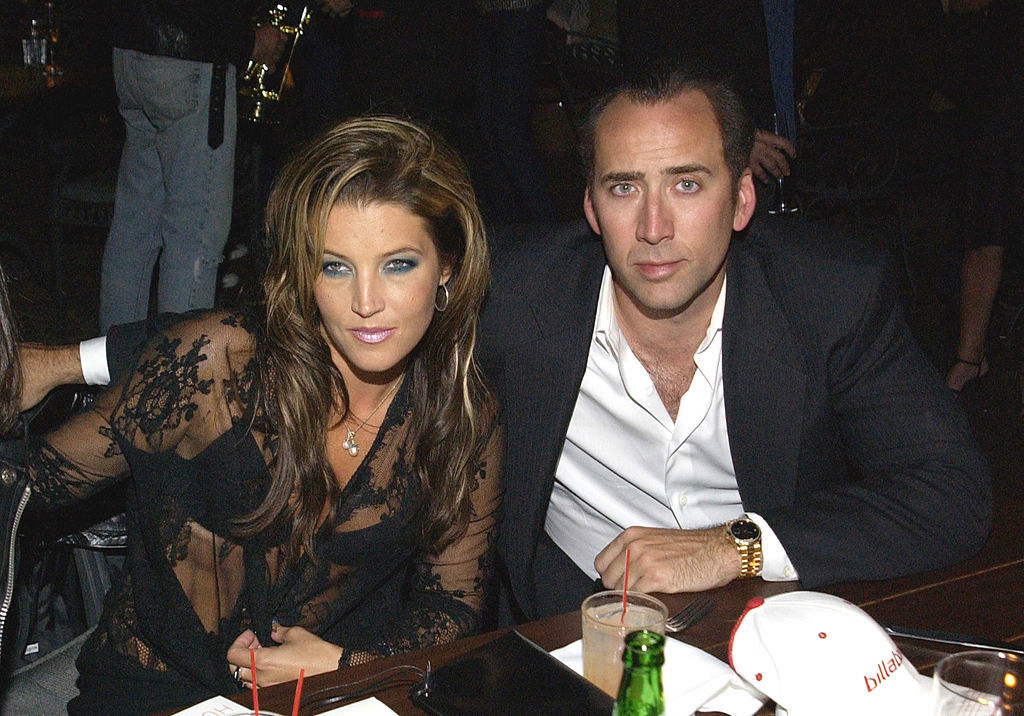 A life of tragedy﻿

Lisa Marie became involved in numerous humanitarian causes, from anti-poverty programs administered through the Elvis Presley Charitable Foundation to relief efforts after Hurricane Katrina. She would receive formal citations from New Orleans and Memphis, Tennessee for her work.

Benjamin Keough died by suicide in 2020 at the age of 27. Presley was vocal about her grief, writing in an essay last August that she had "been living in the horrific reality of its unrelenting grips since my son's death two years ago." 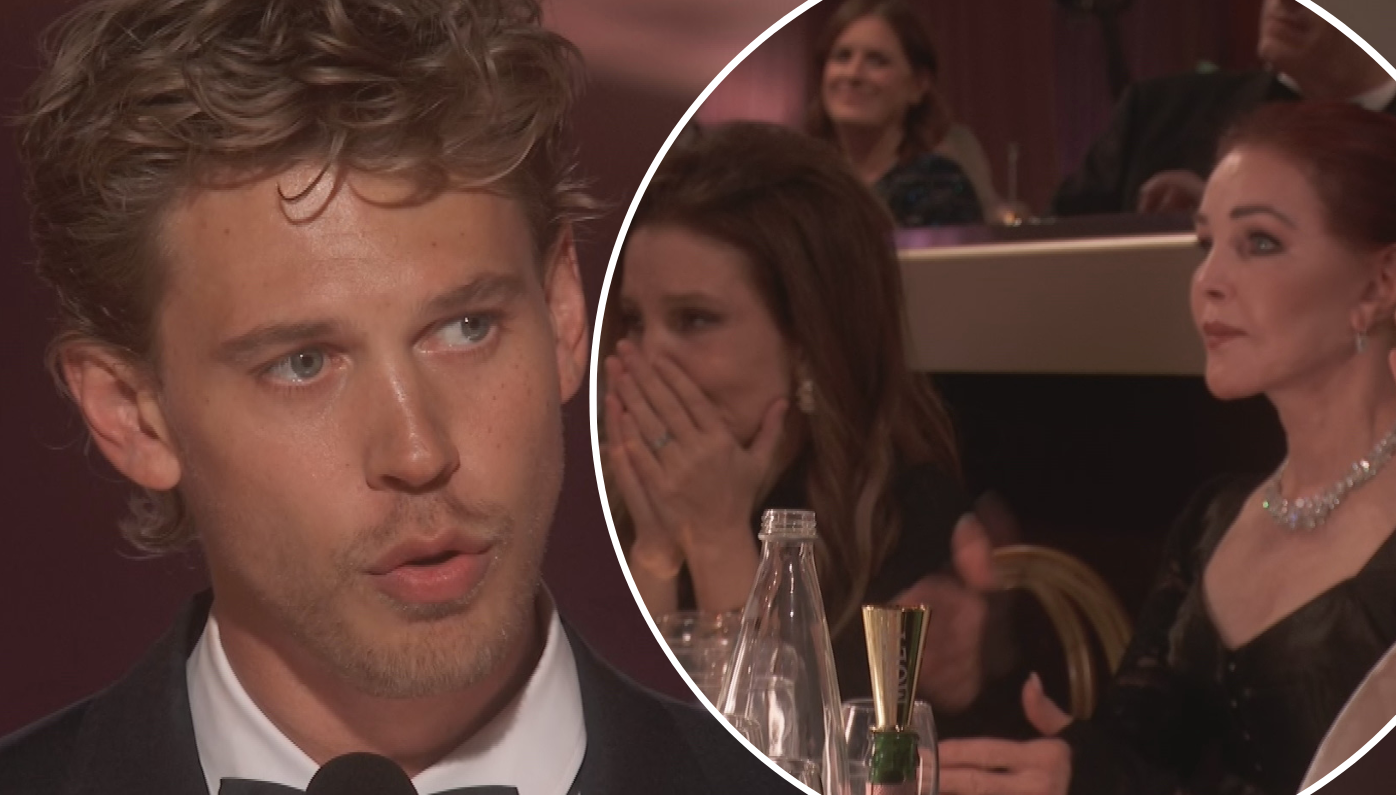 "I've dealt with death, grief and loss since the age of 9 years old. I've had more than anyone's fair share of it in my lifetime and somehow, I've made it this far," she wrote in an essay shared with People magazine.

"But this one, the death of my beautiful, beautiful son? The sweetest and most incredible being that I have ever had the privilege of knowing, who made me feel so honoured every single day to be his mother? Who was so much like his grandfather on so many levels that he actually scared me? Which made me worry about him even more than I naturally would have?" the essay continued.

Lisa Marie became the sole heir of the Elvis Presley Trust after her father died.

Along with Elvis Presley Enterprises, the trust managed Graceland and other assets until she sold her majority interest in 2005. She retained ownership of Graceland Mansion itself, the 13 acres around it and items inside the home. Her son is buried there, along with her father and other members of the Presley family.

Lisa Marie Presley is a former Scientologist — her son was born in 1992 under guidelines set by Church of Scientology founder L. Ron Hubbard, according to an AP story at the time — but later broke with Scientology. 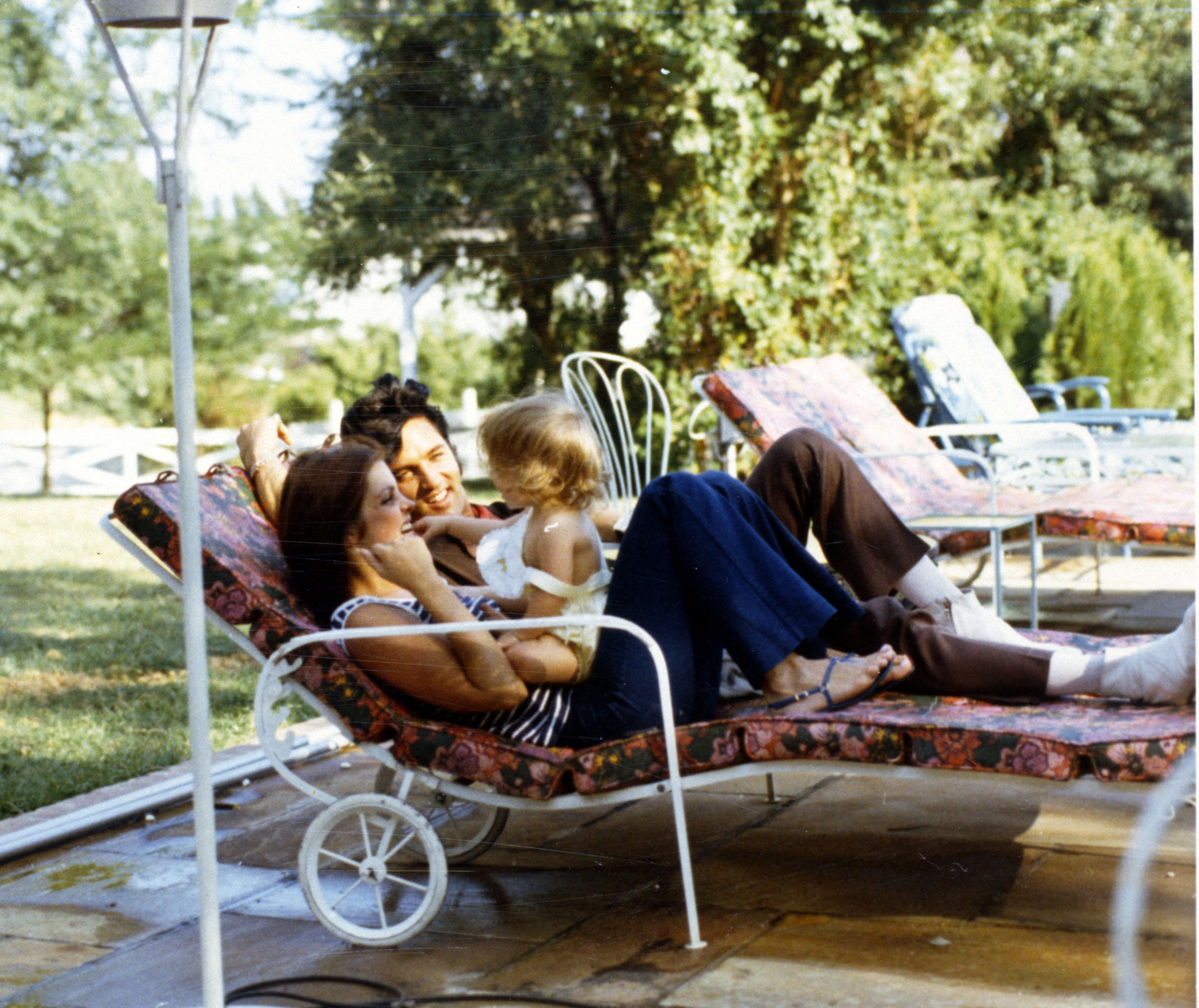 Lisa Marie and Priscilla Presley would make regular trips to Graceland during huge fan celebrations on the anniversaries of Elvis' death and birthday. One of the two airplanes at Graceland is named the Lisa Marie.

After her first album "To Whom It May Concern," in 2003, some fans came out to see her perform just out of curiosity given her famous family, she told the AP in 2005.

"First I had to overcome a pre-speculated idea of me," she said of the barriers to becoming a singer-songwriter.

"But the scales never tipped in the other direction too much."

Authorities cracking down on jet skiers 'harassing dolphins' in Victoria