The man suspected of killing four University of Idaho students has appeared in court overnight for a status conference, where a judge scheduled a preliminary probable cause hearing to begin June 26.

Bryan Kohberger, who faces four counts of first-degree murder in the fatal stabbings of Kaylee Goncalves, 21; Madison Mogen, 21; Xana Kernodle, 20; and Ethan Chapin, 20; appeared in court wearing an orange prison uniform with his feet shackled. The 28-year-old waived his right to a speedy probable cause hearing within 14 days, and he spoke only briefly while answering the judge's questions.

The public defender representing the suspect requested the judge allow four or five days for the probable cause hearing this summer, and the judge indicated she would block the week of June 26 for the matter. The judge also ordered Kohberger to remain remanded in state custody with no bond.

READ MORE: 2022 was fifth or sixth warmest on record as Earth heats up﻿

Kohberger has been held without bail in the Latah County jail in Idaho since last week following his extradition from Pennsylvania, where he was arrested late last month. Kohberger, who also faces a charge of burglary, has yet to enter a plea, and a court order prohibits the prosecution and defence from commenting beyond referencing the public records of the case.

After a night out, the four undergrads were found dead November 13 in an off-campus home, according to police, fraying nerves in the college town of Moscow, Idaho, along the Washington state border.

Authorities arrested Kohberger almost seven weeks later, taking him into custody at his parents' home in Pennsylvania, where a lawyer said he had travelled for the holidays. And while it took almost two months for authorities to publicly name a suspect, police — who faced mounting criticism while the investigation outwardly appeared at a standstill — had begun focusing on Kohberger as a suspect weeks earlier. 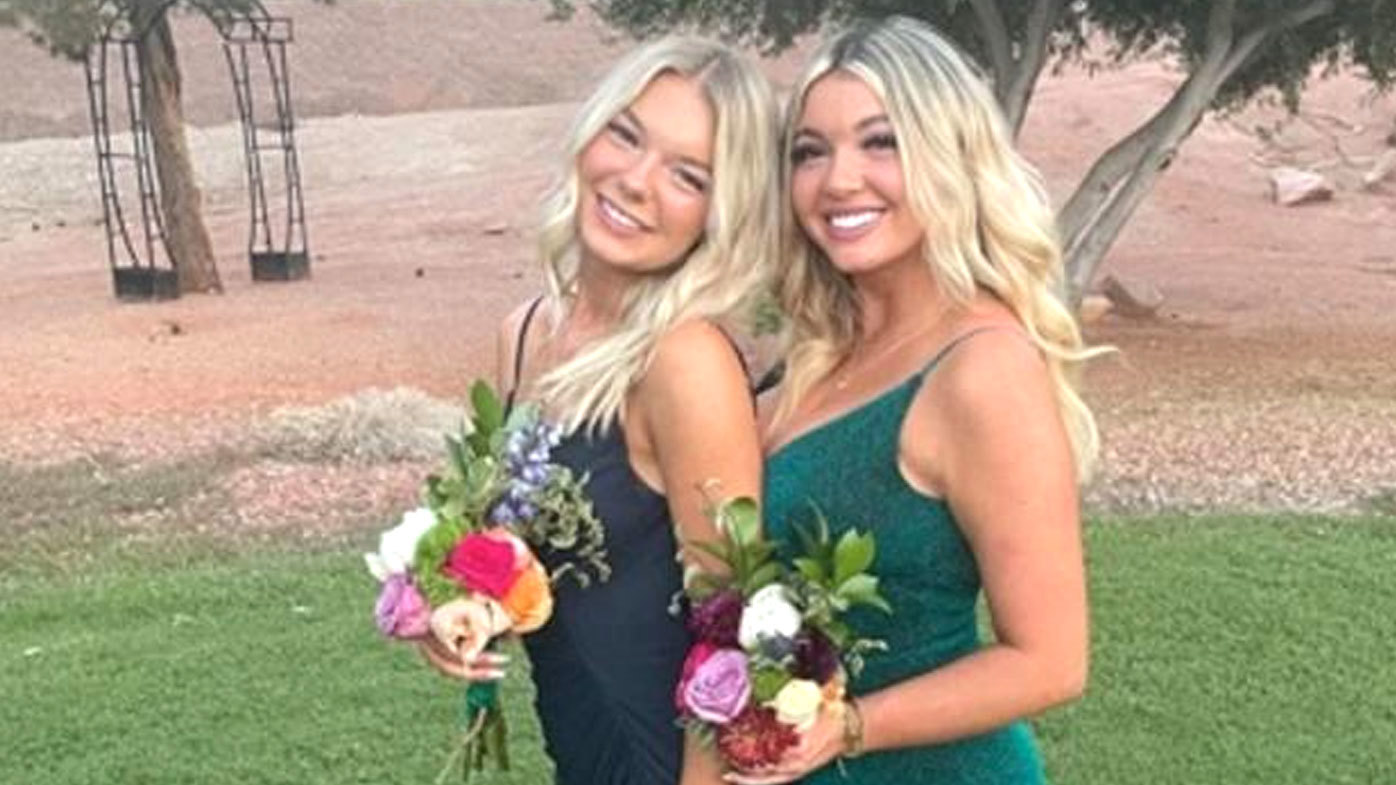 In the meantime, a neighbour of Kohberger's in nearby Pullman, Washington, told CBS News the suspect asked him about the killings days after they occurred, allegedly saying, "Yeah, seems like they have no leads. Seems like it was a crime of passion." The neighbour asked not to be identified, CBS reported.

Among the most notable pieces of evidence was a witness account from one of the victims' surviving roommates, who told police she saw a man dressed in black inside the house the morning of the killings, according to a probable cause affidavit released last week. The witness described the man as about 5'10" (about 178cm) or taller and not very muscular but athletically built with bushy eyebrows, it said.

Investigators were also drawn to a white sedan seen in local surveillance footage in the area around the home. By November 25, they had told local law enforcement to look out for the car, by then identified as a Hyundai Elantra. 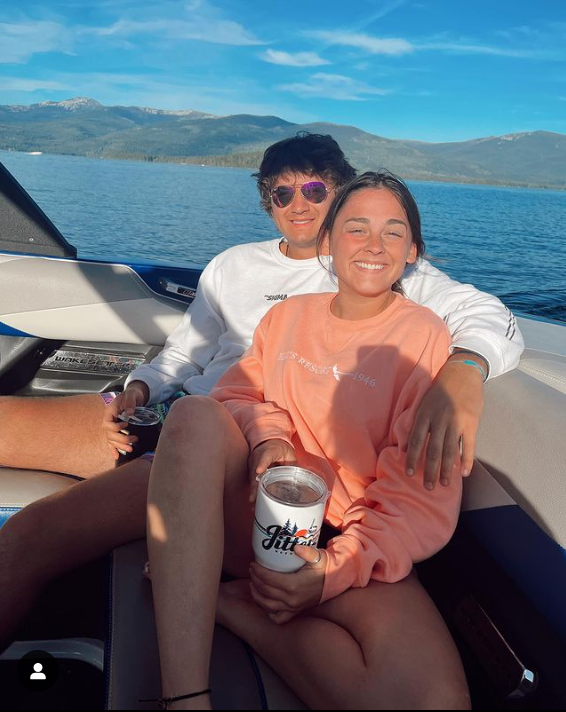 Days later, officers at Washington State University, where Kohberger was a PhD student in criminal justice, found such a vehicle and discovered it was registered to Kohberger, the affidavit says.

When investigators searched for his driver's licence information, they found it consistent with the description of the man dressed in black provided by the roommate, the affidavit says, specifically noting his height, weight and bushy eyebrows.

Kohberger got a new licence plate for his car five days after the killings, the affidavit says. When he was arrested in Pennsylvania last week, a white Elantra was found at his home, according to Monroe County Chief Public Defender Jason LaBar, who represented the suspect in his extradition. 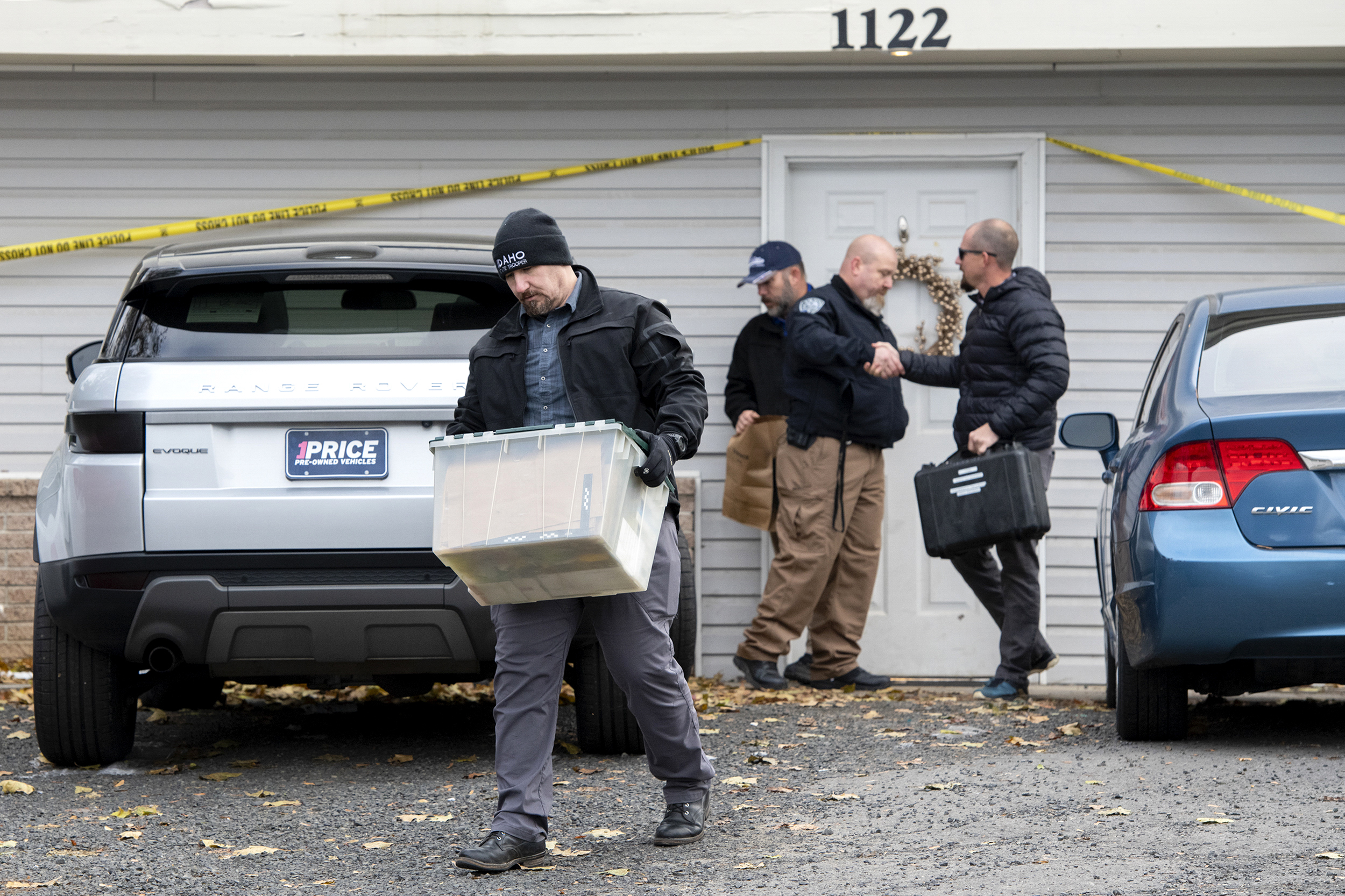 Other evidence listed in the affidavit included phone records showing Kohberger's phone had been near the victims' home at least a dozen times since June. Records also show the phone near the site of the killings hours later, between 9.12am and 9.21am, the document says.

Additionally, garbage authorities recovered from Kohberger's family home revealed a DNA profile linked to DNA on a tan leather knife sheath found lying on the bed of one of the victims, the affidavit said. The DNA recovered from the garbage is believed to be that of the biological father of the person whose DNA was found on the sheath, it said.

Kohberger was also surveilled for four days before his arrest, a law enforcement source told CNN. During that time, he was seen putting trash bags in neighbours' garbage bins and "cleaned his car, inside and outside, not missing an inch," according to the source.