A cold front is moving northwards through Victoria and New South Wales today and is expected to deliver strong winds to the east coast.

The damaging southwesterly gusts of up to 90 kilometres per hour are expected to hit the NSW south coast and last well into the weekend.

Coastal parts of the Illawarra could see wind blow around 100 kilometres per hour.

Victoria's East Gippsland, Wilsons Promontory, and Alpine areas will also feel the pressure system as the front moves eastwards into the Tasman Sea.

The blast of cold air is set to see Tasmania shiver through colder than average temperatures, with the possibility of snowfall around parts of Hobart.

It comes as the current La Niña event which started in September 2020 is expected to now last until at least August, and perhaps continue into 2023.

The La Nina event is exacerbating the nation's icy start to winter, according to the World Meteorological Organisation (WMO). 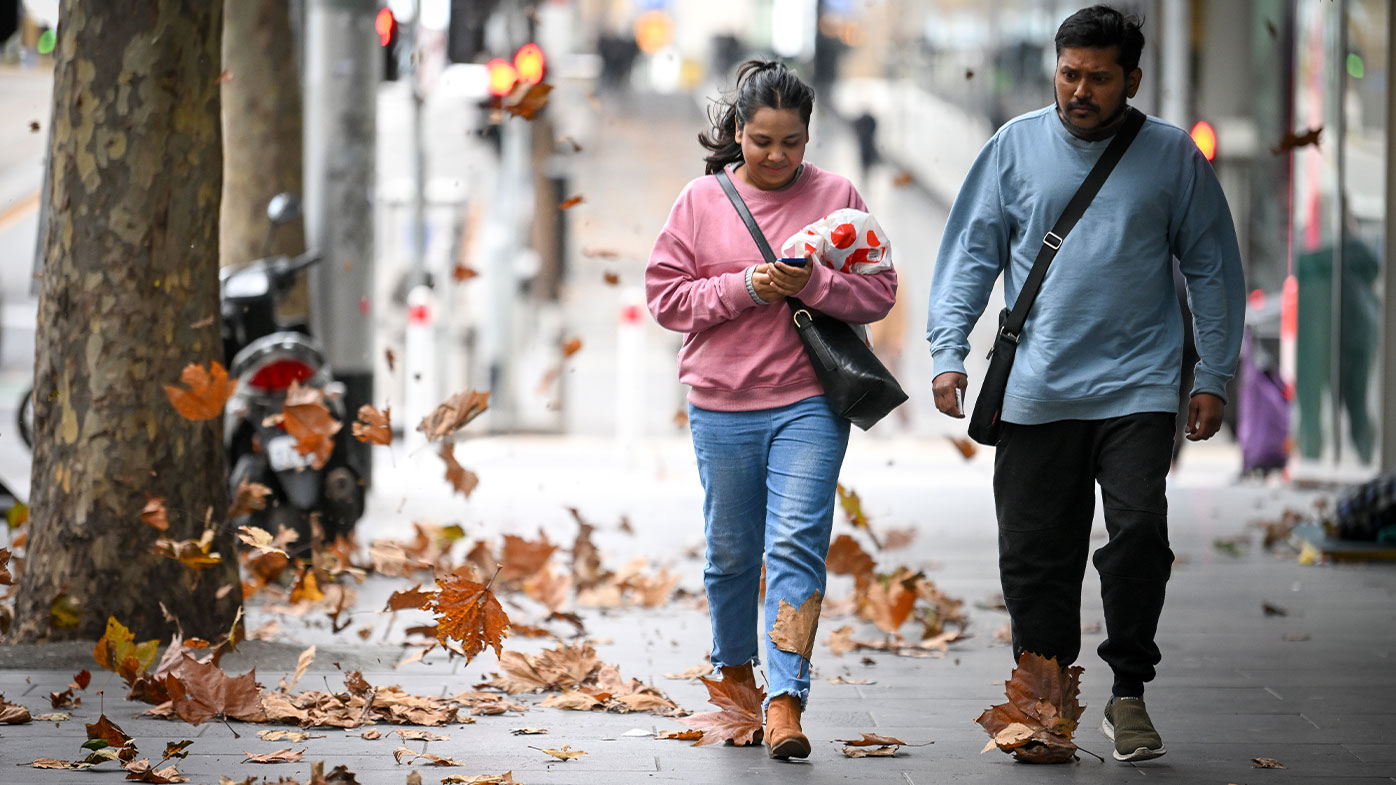 "It is increasingly influencing our weather patterns, in particular through more intense heat and drought and the associated risk of wildfires – as well as record-breaking deluges of rainfall and flooding," he said.

WMO predictions suggest a "triple-dip-La Nina", where three consecutive winters have been impacted by the event for the first time since 1950.

La Niña refers to the the mass cooling of the ocean's surface temperature in the Pacific Ocean, as well as changes felt in the tropics such as stronger wind and rainfall.

It usually opposes El Niño, which is known as the warm phase.