An iconic Hong Kong floating restaurant has sunk, just days after it was towed out to sea en route to an unspecified destination.

Jumbo Kingdom, a three-storey vessel, the exterior of which was styled after a Chinese imperial palace, was towed away by tugboats last Tuesday after nearly half a century moored in the city's southwest waters.

The restaurant's main boat was travelling to an undisclosed shipyard when it capsized on Saturday after meeting "adverse conditions" near the Paracel Islands (also known as the Xisha Islands) in the South China Sea, Aberdeen Restaurant Enterprises Limited said in a statement on Monday. It added that Aberdeen Restaurant Enterprises was "very saddened by this accident," and was working to gather more details from the towing company. No crew members were injured.

The news was met with consternation online, with many Hong Kong social media users bemoaning the inelegant end to one of Hong Kong's most recognised historic icons. Some posted art depicting the restaurant underwater, while others shared farewell messages or fond memories of visits past.

Others saw the sinking ship as a darkly comic metaphor for Hong Kong's alleged fortunes, as the city – still largely shut off from the rest of the world – clings on to pandemic restrictions following several years of political turmoil. 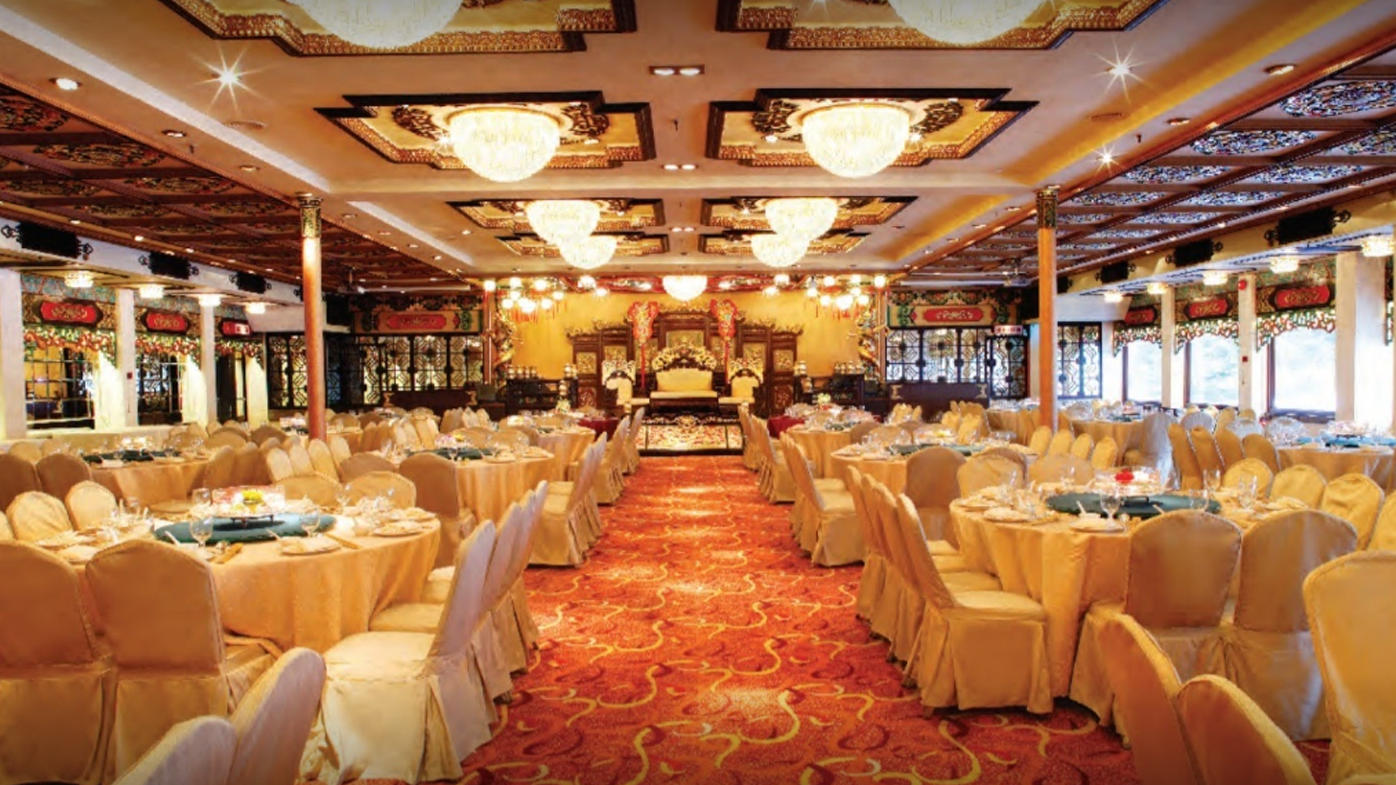 The 80-metre long restaurant was the main boat of Jumbo Kingdom, a more than 2,000 person capacity eatery which included an older and smaller sister restaurant boat, a barge for seafood tanks, a kitchen boat, and eight small ferries to transport visitors from nearby piers.

Jumbo Kingdom, which at one time was the world's largest floating restaurant, starred in many Hong Kong and international movies, including Enter the Dragon starring Bruce Lee, and James Bond's The Man with the Golden Gun." It also hosted visiting luminaries including Queen Elizabeth II, former US president Jimmy Carter and actor Tom Cruise.

The restaurant, which was only accessible via small Jumbo-branded ferries, was famous for its lavish Imperial-style façade, plentiful neon lights, massive specially commissioned paintings in the stairwell and its colorful Chinese-style motifs – including a golden throne in the dining hall.

"A restaurant on this scale on a floating structure is quite unique in the world," said Charles Lai, an architect and founder of Hong Kong Architectural History during an interview with CNN earlier this month.

"If we look at the historical context, it was built at a time when this imperial-style Chinese aesthetic wasn't even encouraged in China ("Old Things" were to be removed during the Cultural Revolution). So Jumbo Kingdom reflected how Chinese in Hong Kong then had a greater yearning or passion for these old Chinese traditions," said Lai.

"It (also) reflects the close relation and history Hong Kong has with the sea."

But as the fishing population in the island's southern harbour dwindled, the restaurant group became less popular, and had been suffering a deficit since 2013.

The pandemic dealt the final blow, with Jumbo's owners announcing in March 2020 they had accumulated losses of more than A$19 million and the restaurant would be closed until further notice.

Several proposals had been put forward to save the historic icon, but its high maintenance cost had deterred potential investors, with Hong Kong Chief Executive Carrie Lam also ruling out a potential government bailout to save the attraction.

Without a "white knight" rescuer that the city had been waiting for, the owner's decided to move the Jumbo Floating Restaurant, the main boat, to an undisclosed shipyard before its operating license expired at the end of June.

Tai Pak, the smaller and older boat dating back to 1952, as well as a recently capsized kitchen boat, remain docked in the harbour.