A﻿ large shark has been spotted too close for comfort at a popular Perth beach, sparking the waterway to be closed for the second time in less than a week.

Swimmers were forced out of the water at Mullaloo Beach in Perth's northern suburbs after a 2.5-metre tiger shark was spotted close to shore at midday.

The ocean predator was swimming through the shallows drawing quite a crowd on a hot summer's day as families enjoyed the school holidays. 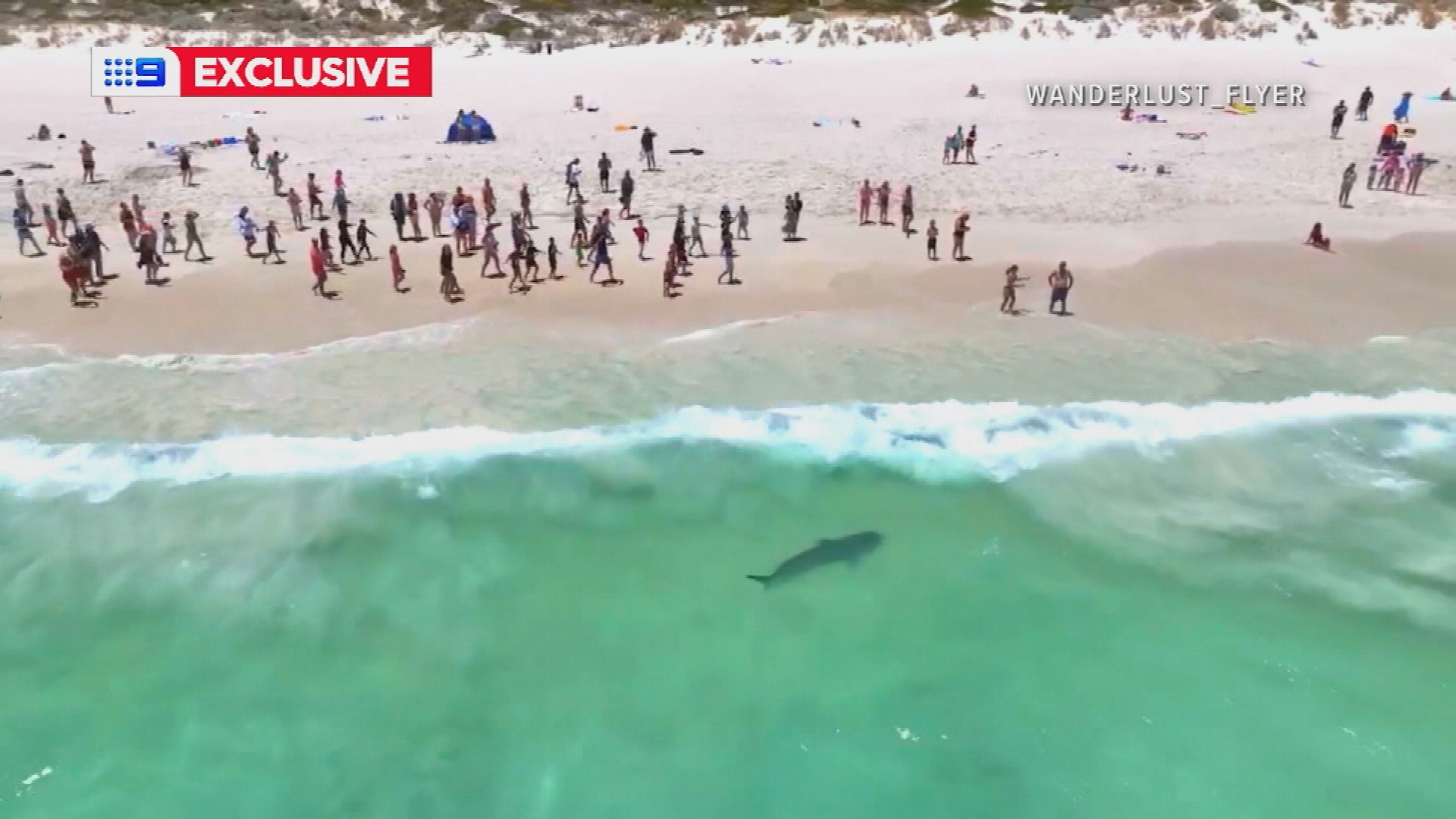 Lifesavers were forced to close the beach and ordered swimmers from the water.

It's in the exact same spot where a shark of a similar size caused a scare just last Thursday.

The beach reopened two hours later, and the shark was nowhere to be seen.﻿