The Howard government was concerned about committing Australian forces to a long-term war in Afghanistan, according to official Cabinet records released for the first time.

Three months after the September 11 terrorist attacks in the US, the National Security Committee was briefed by the Chief of Defence as the government considered sending in more Australian troops.

The Cabinet paper from December 10, 2001, notes "the government was not inclined to commit significant ADF assets or personnel to any medium-term or long-term stabilisation or peace keeping force".

At the same time, just two months after Australia joined the Coalition effort in Afghanistan, Cabinet was advised of "the possibility that the United States may be contemplating counter-terrorism related military operations outside Afghanistan" and "may wish to have ADF assets participate".

Former Prime Minister John Howard, speaking to mark the release of the Cabinet papers after 20 years, told Nine News: "The initial exercise in Afghanistan worked very well. Taliban were routed, Al Qaeda rooted out and the forces came home. Later on (the) situation deteriorated and we sent some forces back."

The Cabinet documents also provide an insight into how the government moved to implement tougher security measures at airports and put armed guards on planes.

A decision was made on October 2, three weeks after the attacks in the US that claimed 2977 lives.

READ MORE: Morning walk to unfolding terror: On the ground with John Howard on 9/11 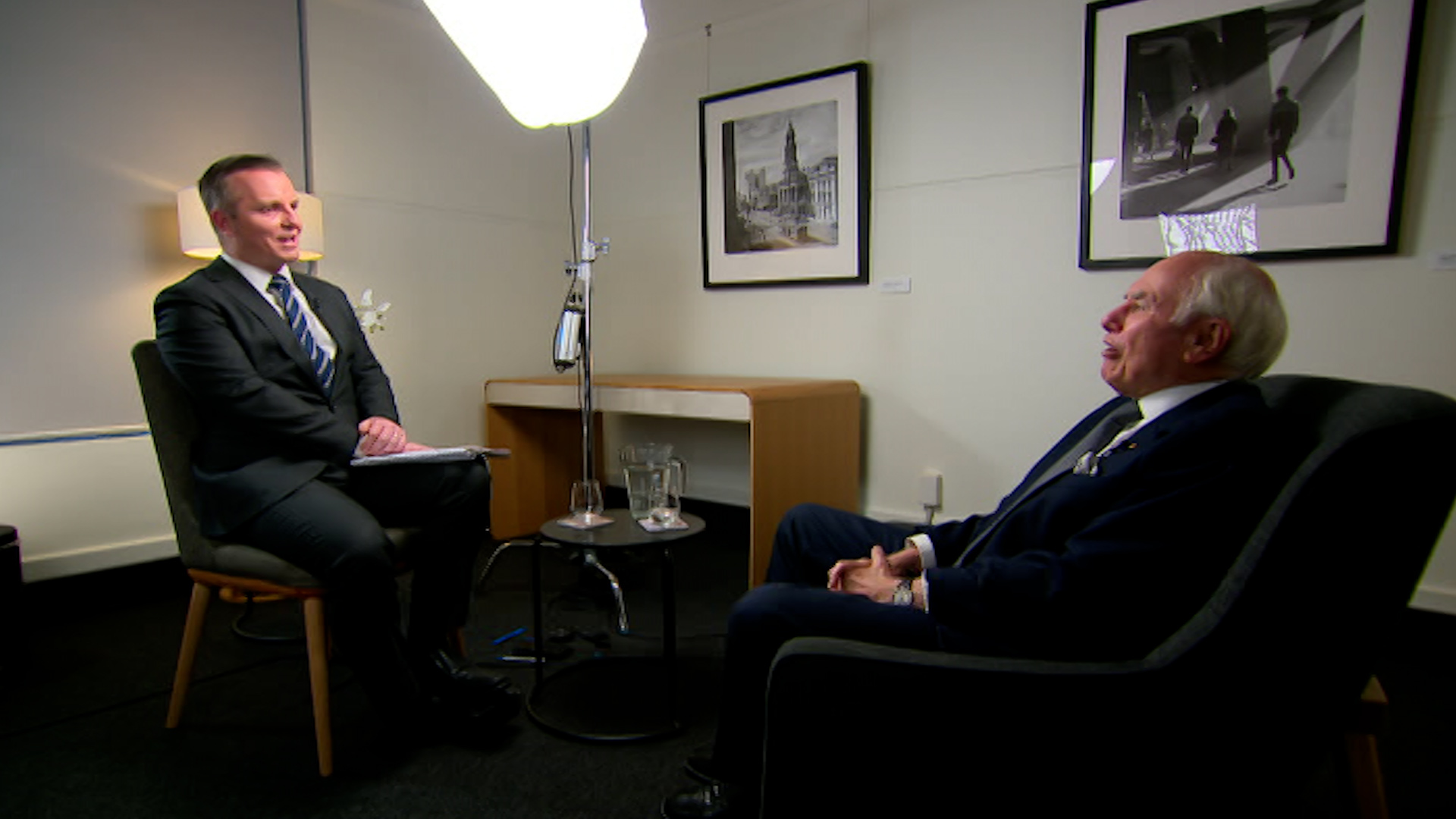 Mr Howard, who was in Washington at the time of the attacks and would later be described by then-US President George W Bush as a "man of steel", told Nine News he initially feared Australia could be targeted.

"I never thought for a moment that we would be immune. One of the first thoughts that went through my head in Washington was 'is this the beginning of a chain reaction of attacks around the world?' London, Tokyo, Sydney … your mind entertains all sorts of challenging scenarios," Mr Howard said.

Ansett deal that didn't come off

But the war on terror was far from the only focus for the Howard government in 2001.

The year started with soaring petrol prices, as unleaded fuel nudged to $1 a litre, previously unimaginable.

The GST had been in place for six months, and the Howard government was facing a tough time in the opinion polls in what was an election year.

And a giant of the skies was to be grounded forever.

Ansett was struggling, and on September 12 would go into administration and eventually lead to the loss of thousands of jobs and protests across the country.

The Howard government had been against a taxpayer-funded bailout of Ansett.

The Cabinet papers show at a crucial meeting in July, the government considered a proposal by Singapore Airlines to increase its stake in Air New Zealand, which had control of Ansett. It was seen as the last chance to have cash injected into the struggling airline. 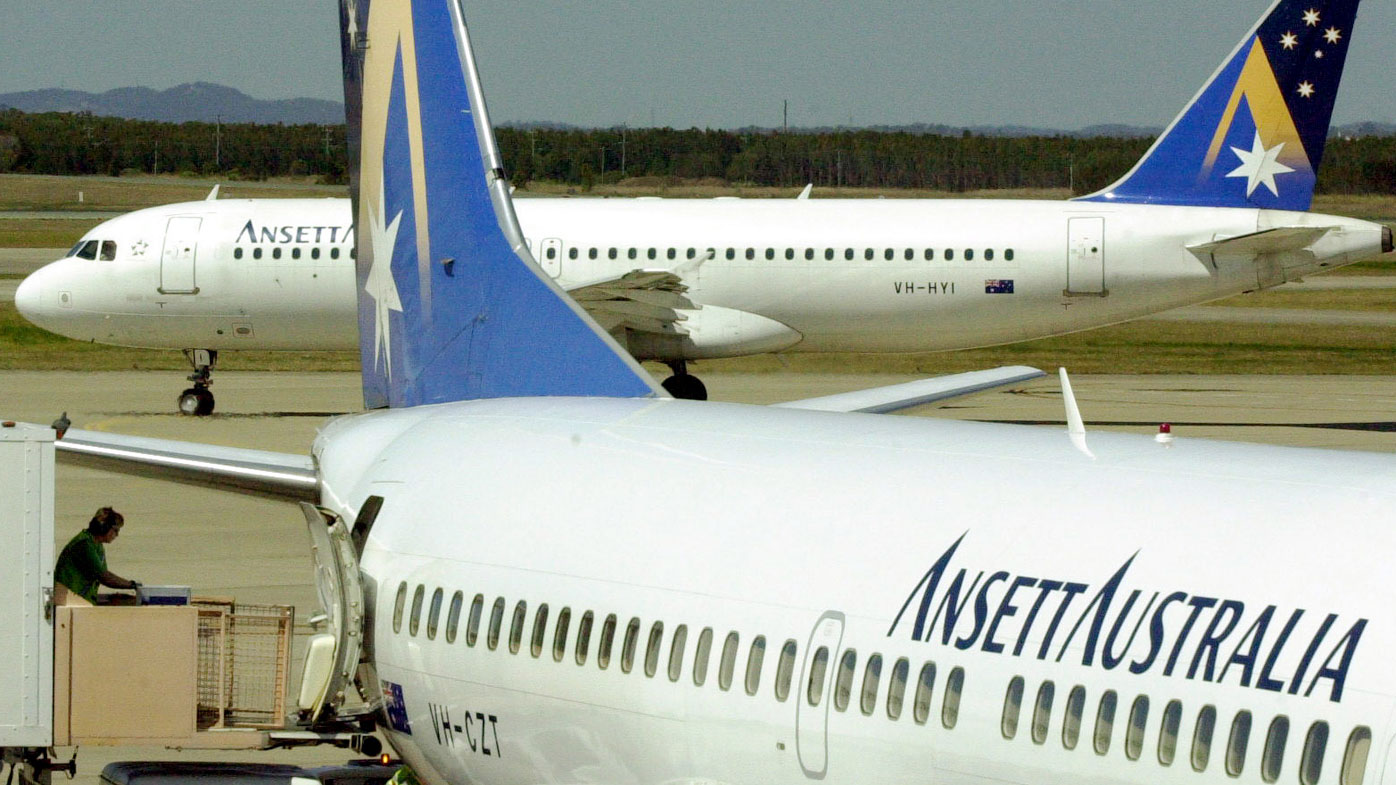 Then-Treasurer Peter Costello told Nine News: "I wish Singapore Airlines had taken over Ansett because at that point you would have had the international Singapore with the domestic distributor or feeder from Ansett that would've been a great competitor to Qantas."

But it was far from the end of the concern over Australia's aviation sector.

The Howard government also faced challenges at sea, as the numbers of people arriving illegally by boat soared.

In August, the Norwegian freight ship the MV Tampa rescued 433 refugees and sailed towards Christmas Island. Its captain was repeatedly urged to stop, but did not.

The Australian government decided to send special forces soldiers on board.

"I thought it would work," Mr Howard said.

"Our challenge was to stop a defiance of Australian law by the ship's captain and the SAS detachment knew how to handle it. They could handle it very efficiently without any damage coming, without any, it turned out, loss of life or injury and they did a wonderful job. 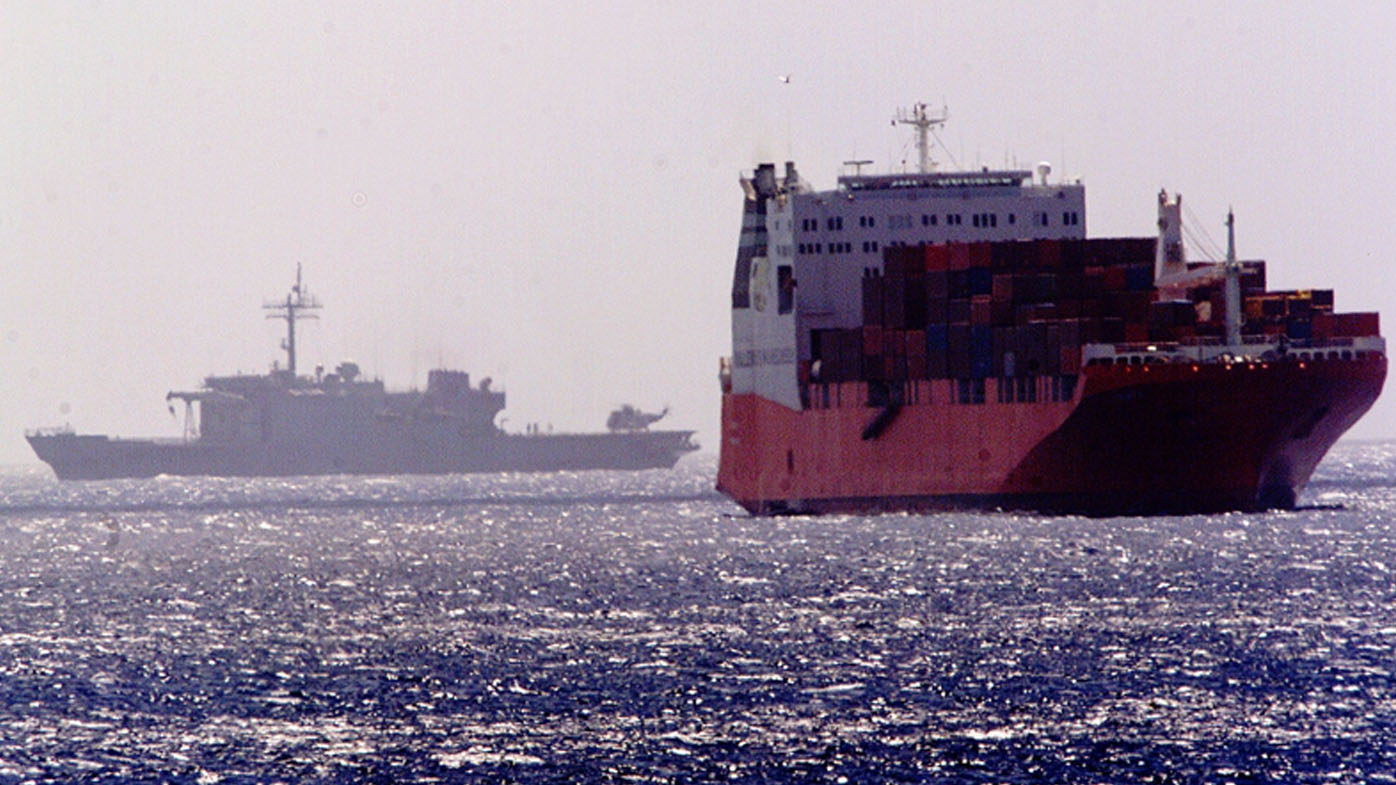 "The particular challenge of the Tampa was clear cut: you had people picked up, under international law they should've been taken to Indonesia, but they forced the ship's captain to set sail for Australia and we told them they didn't have permission to enter. And when they defied that instruction we acted under international law in accordance with Australian law to defend our position."

Government ministers then made claims asylum seekers had thrown children overboard from a separate vessel, the SIEV-4 in October.

These issues, the September 11 terror attacks and the war in Afghanistan helped the government frame a debate around national security leading into the November election.

"We will decide who comes into this country and the circumstances in which they come," Mr Howard said during a campaign event.

There were regional security issues after three Navy ships were challenged by a Chinese warship in the Taiwan Strait. 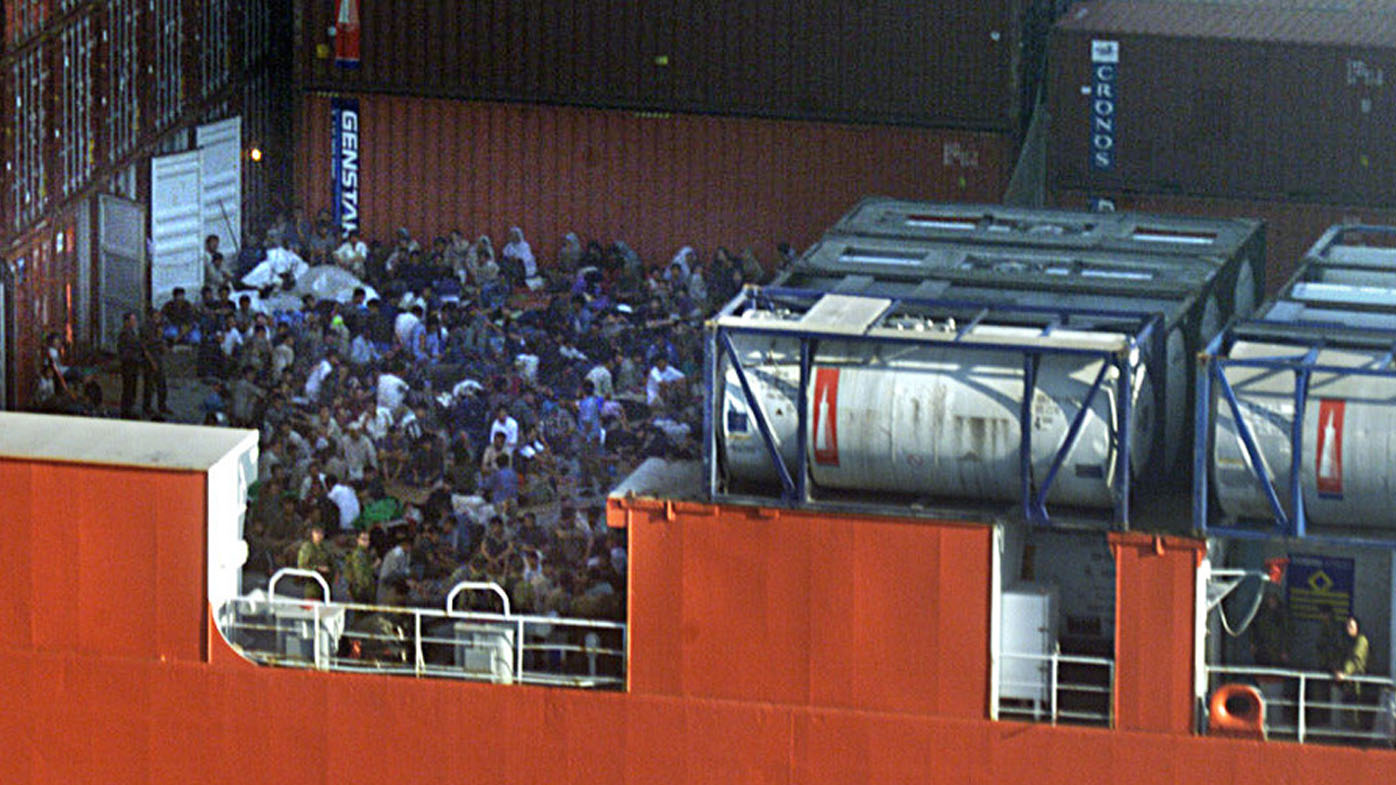 On May 14, 2001, Howard's Cabinet agreed that every six months Defence should provide "a report listing all Australian Defence Force activities planned" for the next six months, "including naval movements that the Defence Organisation judges have the potential to attract protest from another country".

The thousands and thousands of pages contained in the Cabinet release go beyond national security to issues including biosecurity, amid a threat of food and mouth and mad cow disease.

And it seems the concerns of another trade partner were on the minds of Cabinet members when they discussed the import of grapes from California.

Outbreaks of Pierce's disease in the US "potentially heightened the risk of their (Californian Table Grapes) introduction to Australia", the Cabinet papers noted.

"This is a matter of considerable sensitivity to the United States."

A temporary ban on allowing the fruit into the country remained in place.

The papers show the US took the ban seriously. 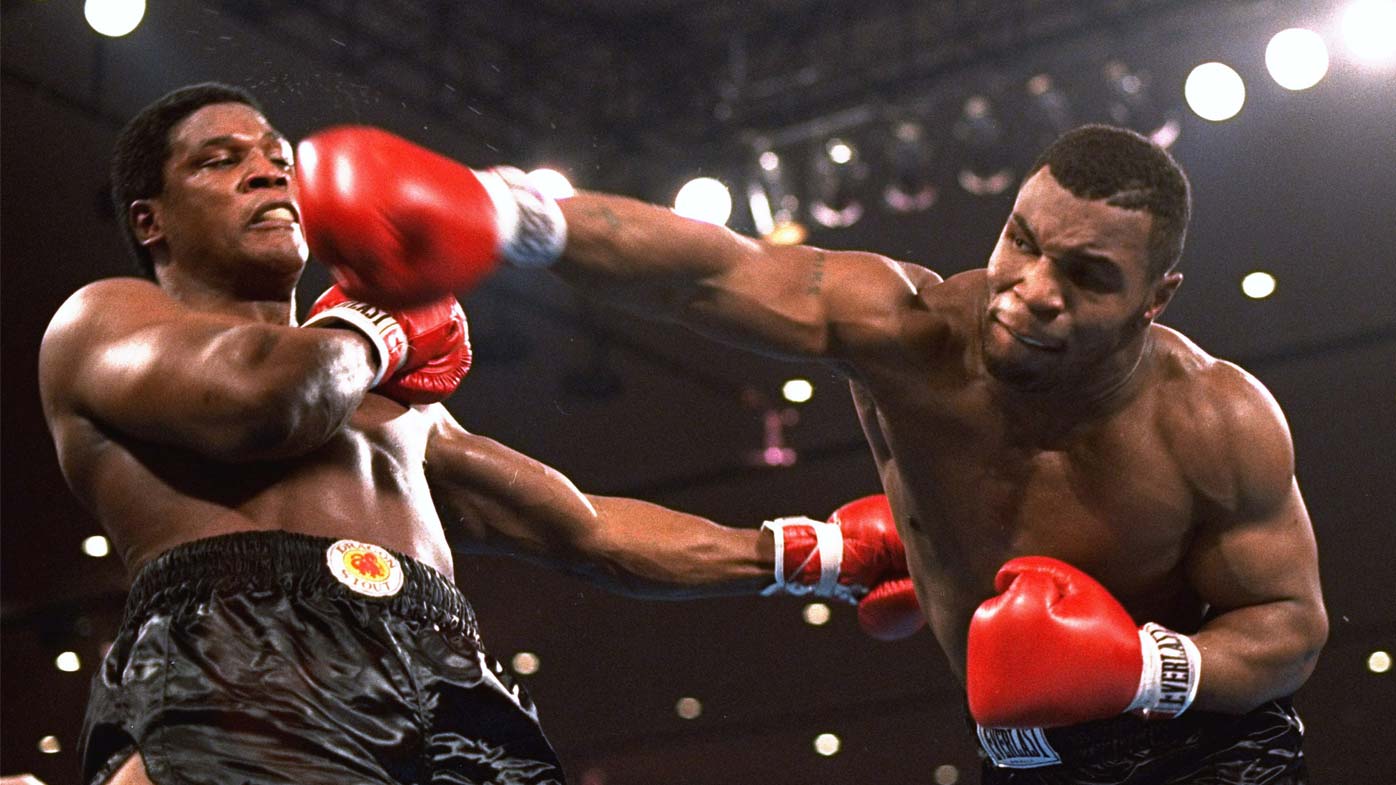 "Communication with US officials through diplomatic channels has indicated that (it) is highly likely that the announcement of a continuing ban on grape imports would lead to a World Trade Organisation action by the US against Australia," the papers state.

The government also considered fights in the ring.

Cabinet "noted" boxer Mike Tyson should be denied a visa for a bout in Australia "due to his substantial criminal record" and "he is not of good character", the Cabinet record states.

It was a different story for musician Eminem.

Cabinet "noted the minister would take into account the views of Cabinet members", but ultimately left it in the hands of then-Immigration Minister Philip Ruddock.

Eminem's Australian tour of 2001 went ahead. 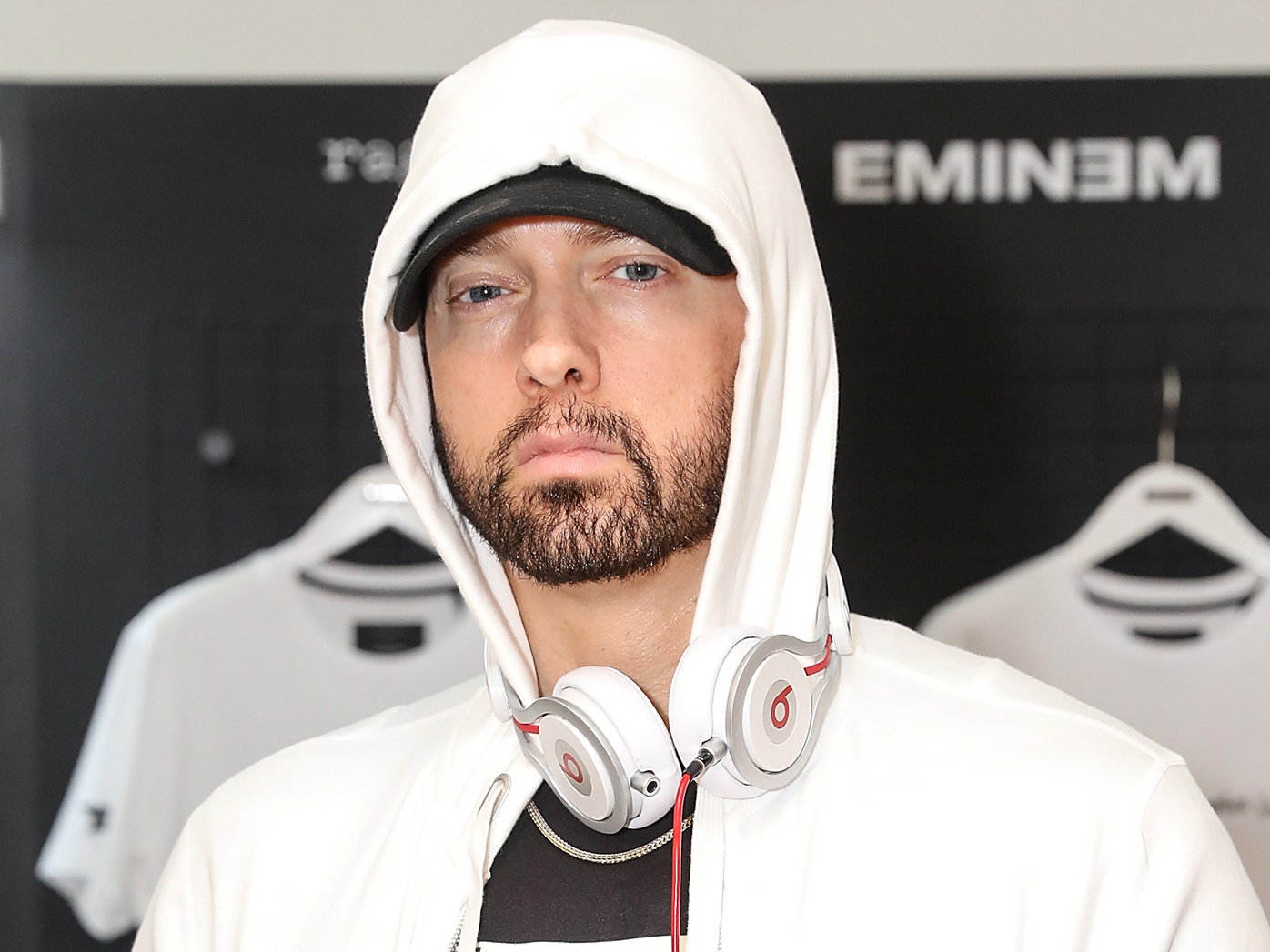 He and his government won the November election against a Kim Beazley-led Labor.

But bigger challenges lay ahead.

Australia was at war.

The new frightening, and largely unknown threat of terrorism cast a shadow over many aspects of life in Australia and in other western democracies, and would for years to come.

The war on terror had only just begun.