A self-published romance novelist who once wrote an online essay called 'How to Murder Your Husband' was sentenced on Monday to life in prison with the possibility of parole for murdering her husband at his workplace in Portland four years ago.

Nancy Crampton Brophy, 71, was convicted of second-degree murder on May 25 following a seven-week trial.

Her sentence Monday includes the possibility of parole after 25 years in custody, KGW-TV reported on Monday.

Prosecutors said Crampton Brophy fatally shot Dan Brophy, 63, inside the now-closed Oregon Culinary Institute where he worked in 2018 because she stood to gain financially from his life insurance payout.

The case drew national attention because of the essay that Crampton Brophy had penned years earlier, but the piece was not permitted as evidence at trial.

The prosecution told jurors the couple had been facing financial difficulties at the time of the murder and contended that she had researched and purchased a “ghost gun” kit online and then later bought a Glock 17 handgun at a gun show. 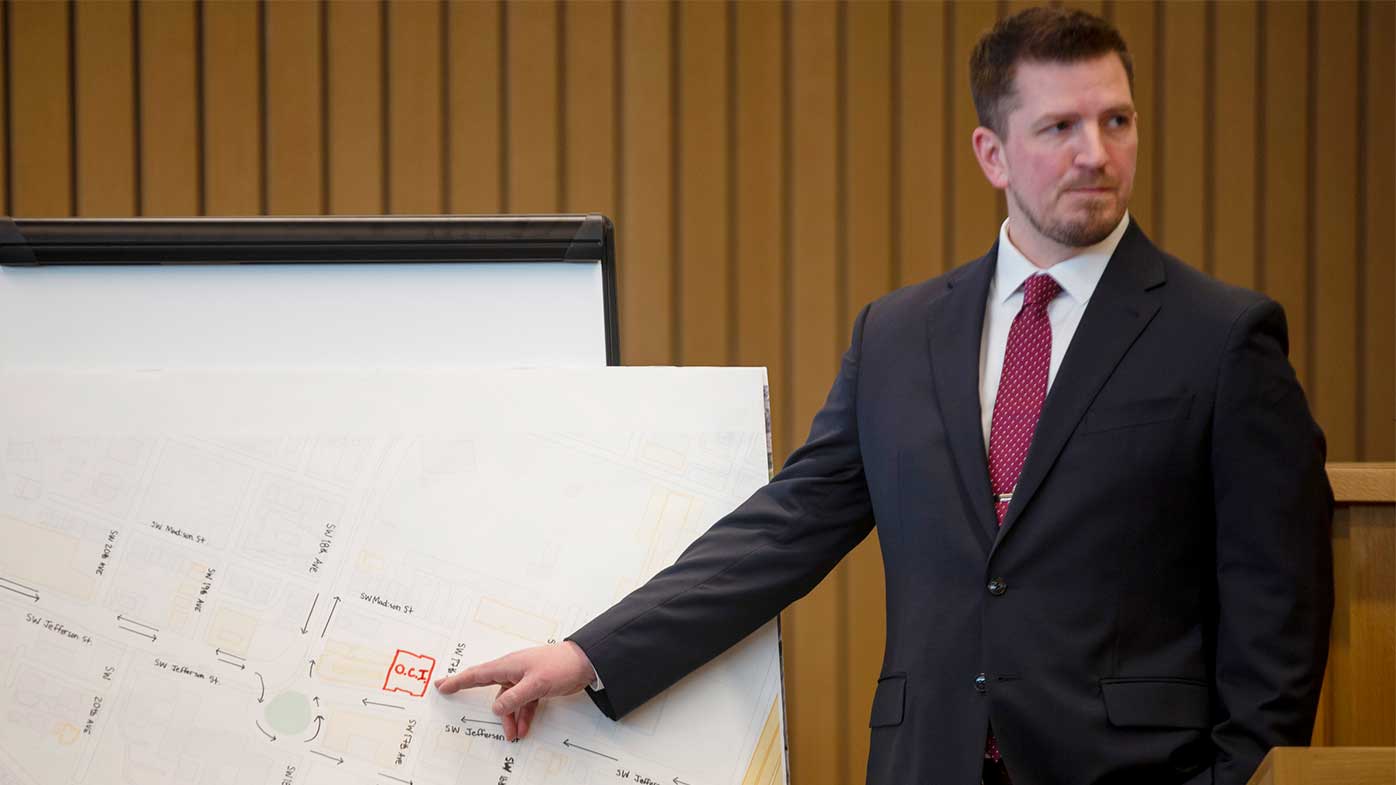 Crampton Brophy's attorney argued the state's evidence was circumstantial, disputed the claims of financial trouble and brought in witnesses who testified about the couple's strong and loving relationship.

Crampton Brophy also took the stand and said she and her husband had both purchased life insurance policies as part of their retirement planning and had a plan to reduce their debt.

She also said her research into ghost guns was in preparation for a future novel.